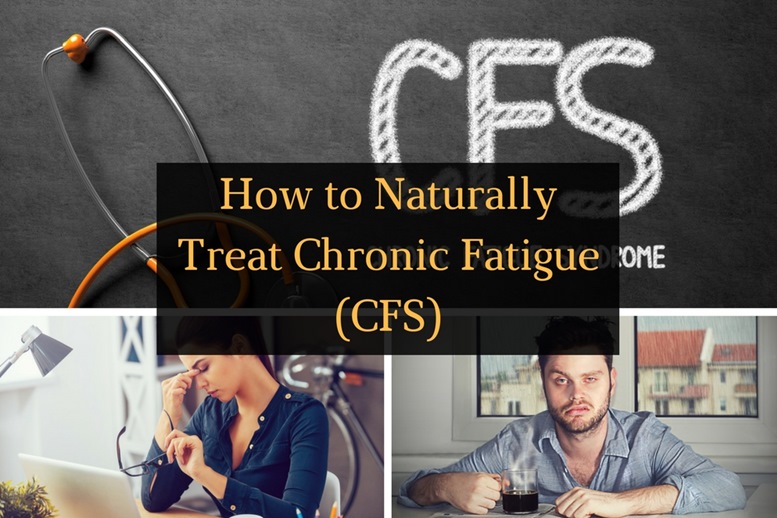 It’s pretty normal for us to feel tired after a long day’s work. After all, that’s just the way our body works, right? We eat to get energy for work, and then we use up that energy after working, and then we eat again, and the cycle goes on. However, it’s not normal anymore if we feel tired all the time. It’s not normal if we feel tired even before the day has actually begun. If you can relate to this statement, perhaps you have what’s called as chronic fatigue syndrome.

What Is Chronic Fatigue Syndrome?

Chronic fatigue syndrome, which is also known as CFS, is a medical condition that’s characterized by unusual tiredness or extreme fatigue that doesn’t go away with sleep or rest. It’s considered as a debilitating disorder with underlying medical conditions that are difficult to explain. Also referred to as myalgic encephalomyelitis or systemic exertion intolerance disease, CFS is an illness that affects tens of millions of people around the globe. Today, about 1 million Americans are diagnosed with CFS-like conditions, as per the Centers of Disease Control and Prevention.

It’s quite easy to pinpoint the reason that a person who isn’t suffering from CFS is feeling tired or exhausted. An average human being would get tired after a day’s work or after playing a sport or hitting the gym. He would then simply rest and get 7 to 8 hours of sleep and he’ll be at his feet again the next day. For a person with CFS, however, it’s difficult to locate exactly what is causing the lack of energy. In short, the cause of chronic fatigue syndrome is unknown. Sometimes, it would hit its victim suddenly, while at other times, it would occur gradually. It may also begin as a flu-like illness, which is why many experts propose that it could be a result of a viral infection. But then again, the evidence to support such claim is insufficient. Others argue that the main cause might be abnormal hormone levels or weakened immune systems, as many patients who exhibit symptoms of CFS have both.

However, while the exact cause of CFS is unknown, there are factors that have been found to increase a person’s risk of acquiring it. For instance, women have been found to have a 60% to 85% chance of getting CFS than men. It has also been found that CFS occurs more frequently to individuals who are between 40 and 59 years old.

You may also increase your chances of acquiring chronic fatigue syndrome if you have the following:

What Are The Symptoms of CFS?

Chronic fatigue syndrome is often difficult to diagnose because many of its symptoms resemble that of other medical conditions. However, the United States Centers for Disease Control and Prevention suggests that if a person has four or more of the following symptoms that lasts six months or longer, he most likely has CFS:

How Do I Treat CFS Naturally?

Since food is what gives your body the energy to perform daily tasks, it makes a lot of sense to be careful with what you eat. More and more studies have been pointing to a connection between food allergies and chronic fatigue syndrome. According to such studies, there are certain foods that can increase a person’s risk of acquiring CFS. Researchers also believe that aside from food sensitivities and allergies, one of the possible common causes of CFS is poor digestion. This has been discovered during a study done involving 84 patients who had unexplained digestive problems. Around 85% of the patients were found to be suffering from chronic fatigue syndrome. That said, eliminating food from your diet you might be allergic or sensitive to might greatly help if you are suffering from CFS.

Among the first few foods you should start getting rid of is gluten. Sensitivity to this substance has been found to be one of the most common food sensitivities today. Lactose, casein, and similar allergens have also been found to increase a person’s risk for CFS. If you have CFS, you might want to start cutting down on yeast, shellfish, soy, dairy, peanuts, and other similar food types. Simply by getting rid of food you know you’re allergic to can greatly relieve your symptoms.

Sometimes referred to as D-ribose, ribose is a simple sugar that’s naturally present in the human body. Unlike other forms of sugar, though, ribose is treated differently by the body and does not burn it to recycle energy. Instead, it is preserved for the vital task of making energy molecules that fuels the brain, heart, muscles, and every other bodily tissue. Several studies have already proven how ribose could stimulate energy recovery among CFS patients and increase energy by 45% in less than a month. The ideal daily intake amount of ribose is 1.1 to 1.3 mg, and while there are ribose powders sold in the market today, you can also opt for more natural ways to benefit from it. Red meat, fish, nuts, and poultry, for instance, are all quality sources of ribose, as well as riboflavin. Ribose can also be acquired through riboflavin-rich foods such as milk and eggs, as well as certain vegetables like spinach, broccoli, and asparagus.

A report published in the Journal of Royal Society of Medicine states that researchers have discovered a direct link between low vitamin B levels in the body and chronic fatigue syndrome. The study suggests that vitamin B6, is very important, along with riboflavin and thiamine, and that a reduction of these could lead to CFS. Vitamin B6, in particular, could help prevent fatigue and relieve symptoms of CFS, as it supports the immune system.  It also helps promotes T-cell functioning, helping them fight infections more effectively. Increasing your intake of this vitamin by including tuna, salmon, sweet potatoes, bananas, turkey, garlic, spinach, and hazelnuts to your diet will greatly improve your symptoms.

Most sufferers of chronic fatigue syndrome have been found to have low levels of magnesium and potassium in their bodies. This often results in low blood counts. If you have CFS, you might want to consider adding more magnesium-rich foods to your daily diet. This includes bananas, dark chocolate, avocados, black beans, almonds, yogurt, pumpkin seeds, chard, and spinach.

Potassium deficiency is also common among CFS patients. Adding potassium-rich foods to your diet will also improve your symptoms as potassium promotes proper electrolyte balance in your body. Again, adding foods such as spinach, avocados, sweet potatoes, dried apricots, mushrooms, and spinach in your menu with get rid of fatigue, muscle cramps, irritability, and other symptoms of CFS.

Chronic fatigue syndrome does not affect your physiological health only, but your mental and emotional health as well. Persistent exhaustion, reduced stamina, impaired brain cognition, and chronic muscle and joint pains are just debilitating. Add to that the fact that you couldn’t function properly at work every day and the stress just takes a toll on your body and mind. This is where the importance of learning how to rest comes in. It may sound simple, but in this day and age, you will seldom find people who actually know when to take a break. In fact, one of the possible reasons that people acquire CFS is that they don’t know when to rest from work. The good news is that long-term stress management can go a long way in dealing with chronic fatigue. When we say “rest”, we’re not only talking about getting 8 hours of sleep in the evening, or taking siestas during the afternoon break. Rest is actually dedicating one day per week to simply slow down from all the busyness of life and just allow the mind and the body to heal and repair themselves. It means not thinking about work at all, not checking your email, or not even looking at social media. This might mean unplugging your computer or television set and spending the day with your loved ones, playing with your kids, or having a date with your spouse. This might also mean spending a day on the beach, enjoying nature and freeing your mind from the worries of work or career. Or, if you can afford it, take a vacation and just have a change of scenery! By having even just one day off from work, and spending that day meditating and relaxing, you can already fight off even just a few symptoms of CFS and increase your energy.

Chronic fatigue syndrome can really impair the quality of your life. If you’re suffering from it, don’t lose heart and never give up, because it’s not an illness that’s impossible to beat. Try some of the things suggested above and see if they would be able to help you manage or even totally eliminate CFS from your life. 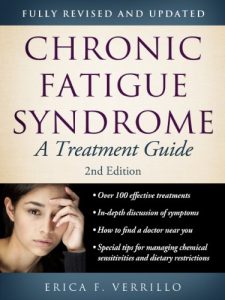