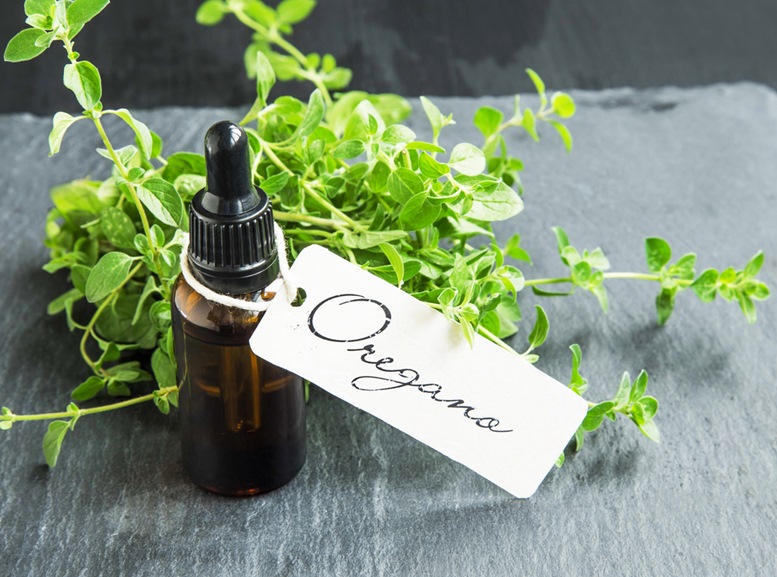 Both used as a spice and as medicine, oregano has been part of man’s life for over 4,000 years. It was believed to have been first used by the Greeks for its medicinal value and was termed origanos, which means “delight of the mountains.” According to Greek legend, this botanical was given to man by the goddess Aphrodite and was used as a symbol for happiness. Perhaps it’s only right to give oregano such credit considering all the health benefits it could provide. Today, oregano is used not only for its ability to spice up any meal, but also for its ability to treat common illnesses. 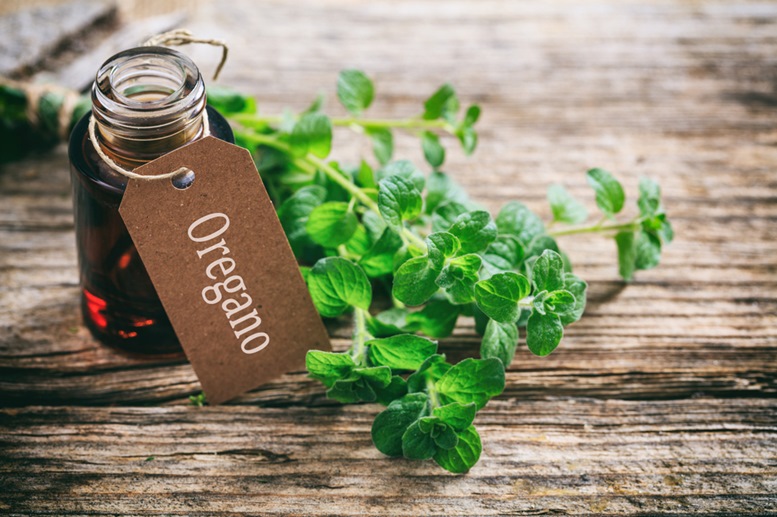 Origanum vulgare as it is properly called, oregano has a variety of uses and is a very important culinary herb. It is mainly used in cooking for the flavor of its leaves, which are even more flavorful when dried. It has a somewhat bitter taste that’s both warm and aromatic. This is the reason that it is prominently used as a principal commodity of Italian-American cuisine. In Italy, it is often used with grilled, fried, or roasted meat, fish, and vegetables. It combines very well with spicy dishes and is very popular in the southern parts of Italy.

Oregano is also widely used in Turkish cuisine, mostly for flavoring lamb and mutton, as well as other types of meat. Moreover, along with salt, pepper, and paprika, this spice is used as a condiment in kebab restaurants. Today, oregano is widely used in different cuisines all over the world, including that of Argentina, Latina America, Spain, and even the Mediterranean Basin. In the Philippines, it is used not only for adding flavor to meat but for eliminating odor as well, especially from the meat of water buffalo. 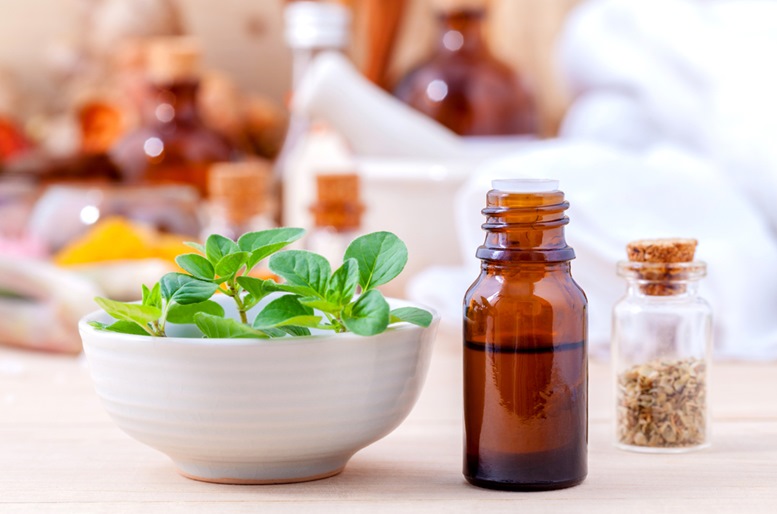 Since ancient times, oregano and oregano essential oil has been used in folk medicine. It’s even believed to have been used by Hippocrates himself. The essential oil of oregano is extracted mainly from its leaves. It is done through a lengthy process of boiling chopped oregano leaves along with a carrier oil of your choice, collecting the oil in a jar, letting it sit for about two weeks, and collecting the resulting mixture by straining.

What makes oregano essential oil very useful as medicine is its composition of thymol, terpenes, carvacrol, rosmarinic acid, beta-caryophyllin, and naringin. Each of these components either has antibacterial, antifungal, or antiseptic properties. Now, let’s take a look at some of the health uses of oregano in its oil form.

Oregano essential oil can be used as an expectorant. It can help loosen up mucus buildups, as well as eliminate phlegm in the sinuses and respiratory tracts. It’s also good for soothing an itchy throat that often stirs up coughing fits. If you are suffering from some sort of respiratory ailment, oregano oil may be able to help treat your symptoms as well as prevent further complications.

Bacterial infection is one of the things oregano essential oil can really protect you from. It has antibacterial properties and is able to give you an extra boost of protection against many bacterial diseases such as skin infections, sores, typhoid, and urinary tract infection. It is sometimes even used to combat the first signs of food poisoning. The best thing about using oregano essential oil is that it doesn’t negatively affect the necessary flora present in your stomach and intestines, which means you won’t have to worry about suffering from ill effects after using it.

Another thing oregano essential oil is able to protect you from is fungal infection. Fungi are responsible for many of the fatal infections we usually suffer from. Such infections can be painful, and sometimes even deadly if not treated ahead of time. Regular use of oregano oil may be able to help you treat fungal infections, as well as increase your immunity against such.

This is definitely one of the most important health benefits of oregano essential oil. It’s just a fact that many of the illnesses we suffer from these days are from viral infections, so it’s a relief to know that there is something straight from the kitchen that we can use to protect ourselves. Oregano has antiviral properties and can strengthen the immune system and protect the body against common colds, measles, mumps, pox, and other illnesses caused by viruses.

Parasites are another thing oregano essential oil can protect you from. These little critters are simply annoying and can do a lot of damage despite their size. Fleas, bed bugs, mosquitoes, tape worms, round worms – all of these can feed on your body and even use it to carry diseases. When ingested, oregano essential oil may be able to eliminate intestinal worms. When applied topically, it can ward off bugs, fleas, lice, and mosquitoes. This is the reason you’ll always find oregano as a main ingredient in many organic insect sprays.

Oregano is considered an emmenagogue, which means it has the capacity to regulate menstrual flow. This is especially important when you’re battling dysmenorrhea or dealing with menstrual cramps. It can even delay the onset of menopause, or at least reduce its symptoms. Whether you’re dealing with mood imbalance or hormonal shifts due to your monthly period or due to menopause, you can rest assured that oregano essential oil could be of great help.

Another benefit of the anti-inflammatory and sedative properties of oregano is the ability to provide relief from symptoms of allergy. Being a sedative, oregano can help bring down the hypersensitivity of the body to external stimuli, such as the ones that cause allergy. On the other hand, being anti-inflammatory, oregano can reduce inflammation as a result of allergy. This is very important when you’re dealing with serious allergic reactions and might be able to save your life when it’s the only first-aid treatment available.

Just like another popular botanical, oregano can help increase the release of digestive juices, and thus, makes it good for digestion. It also increases the production of enzymes that aid in food absorption as well as digestibility of nutrients from food.

A Disclaimer On The Use Of Oregano Essential Oil 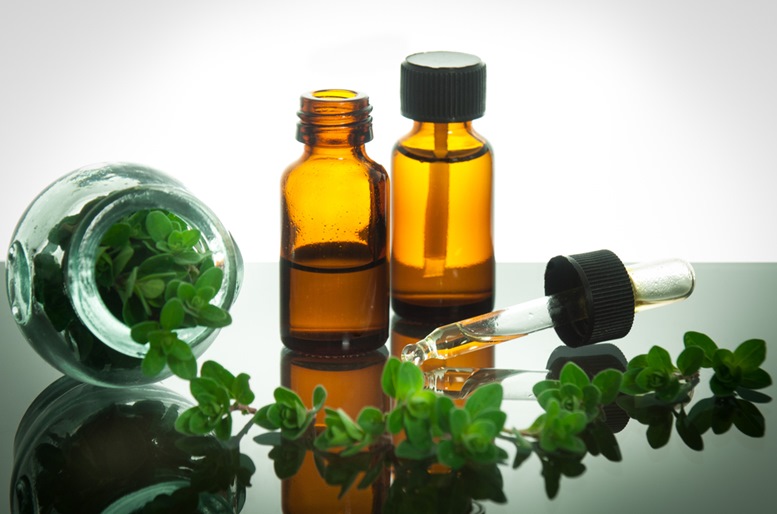 Oregano essential oil is very well known for its antimicrobial effects. One of its most important component is carvacol, which, along with other compounds, is responsible for the many health benefits of this amazing herb. For a very long time, it has been proven that oregano oil is safe for both external and internal use, which means it can be applied topically and can also be ingested.

However, oregano oil is not meant to be used to treat illnesses for extended periods. When used orally, it should only be taken in moderate doses of 4 to 6 drops only, and should not be used for more than 7 days. Yes, oregano essential oil may be used as a dietary supplement, too, but there is not enough clinical evidence to support some of its health claims.

Moreover, if you are pregnant and breast-feeding, it is not advisable for you to use oregano at all. It’s also important to keep in mind that the use of oregano essential oil may put at risk individuals who have bleeding disorders or those who have just undergone surgery. Oregano might also lower blood sugar levels and is not advisable to use in large amounts for people with diabetes. Also, despite its ability to treat symptoms of allergy, it also has the potential to cause allergy reactions in people who are allergic to plants belonging to the Lamiaceae family, which includes hyssop, basil, marjoram, mint, sage, and lavender.

Overall, though, oregano is a really wonderful herb and is safe to use for people who are generally healthy. If you are unsure whether you should use oregano essential oil as a means to promote health or prevent illnesses, it is of great importance that you talk with your doctor before using for such purposes. 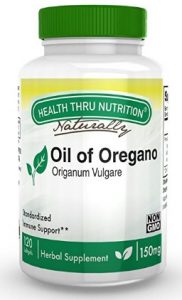 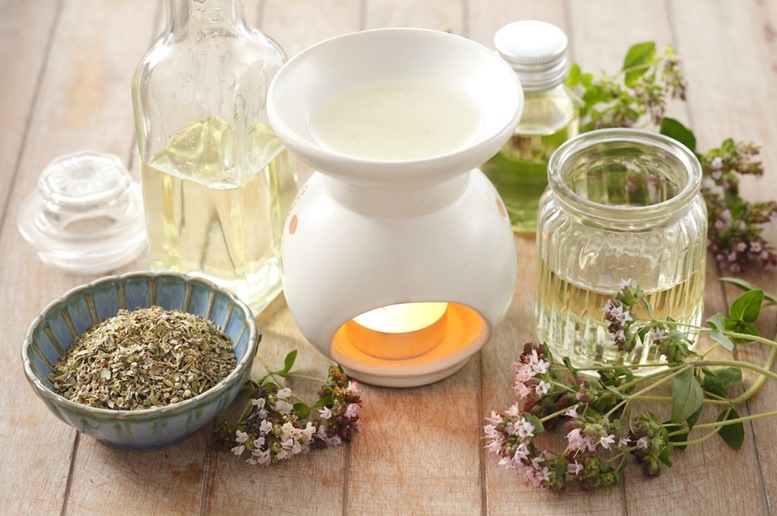