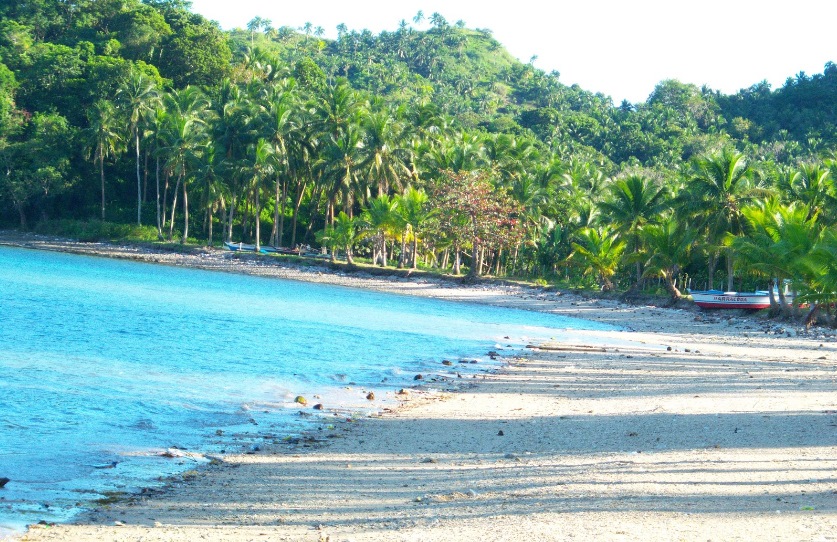 In the southwestern coast of Bicol province, is an island of beauty and madness that hosts the stunning province of Masbate. However, when talking about tourist destinations in the Philippines, Masbate is somewhat underrated and is sometimes looked down because of its reputation for being a poor province. Little do everyone know, Masbate has a lot to brag that will flood every traveler’s eye with tantalizing spots and breathtaking sceneries.

How to get in Masbate? You can reach Masbate either by air or sea. By plane, you can take the airplane that bounds from Manila to Masbate. Because the flight is not as frequent as it is in other famous destinations in the country, the fare is not cheap. It usually costs Php7000 (approximately $140) per way. The price varies depending on the season. Plane tickets are much cheaper when you purchase it sooner.

By sea, take a ride in the Roro Bus that bounds from Cubao directly to Masbate. Travel time usually takes up to 11 hours. Not as quick as an airplane, but it is 70% cheaper!

This listicle will feature the best crazy fun things to do in Masbate that will complete your summer itinerary. The underrated province will prove itself a beautiful paradise for the nomads! 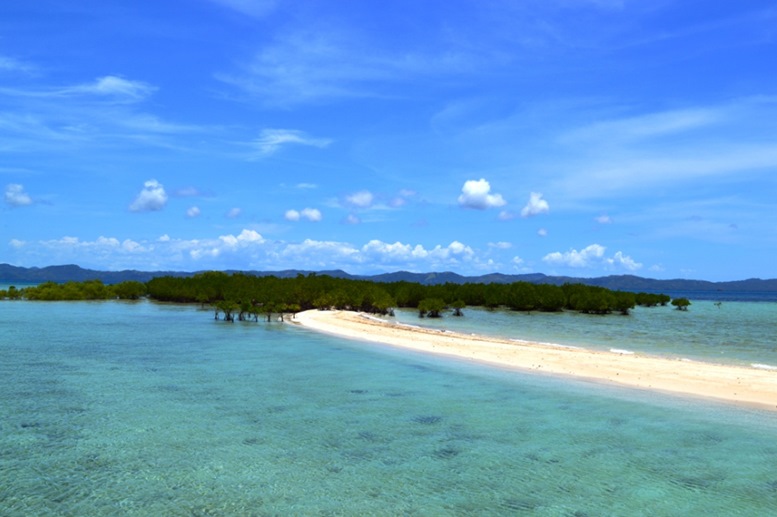 Our first stop is in Buntod Island, Masbate’s pride and is probably the most popular point of interest in the province. Buntod Island has sandbar filled with white and fine sand that will relax your feet at every pace. The sea has folds of waves rumbling along with the cold wind. A reef sanctuary, the beautiful cove of Buntod has stunning crisp and blue water in a stretch of white sands that turns gold into the reflection of the scorching sun. You will see tall mangroves amidst the sea that help maintain the underwater monarchy!

Buntod Island is a perfect place for the ecophiles who want to have a peaceful moment with nature at its best. The coast and the sunshine will definitely make your vacation stress-free! 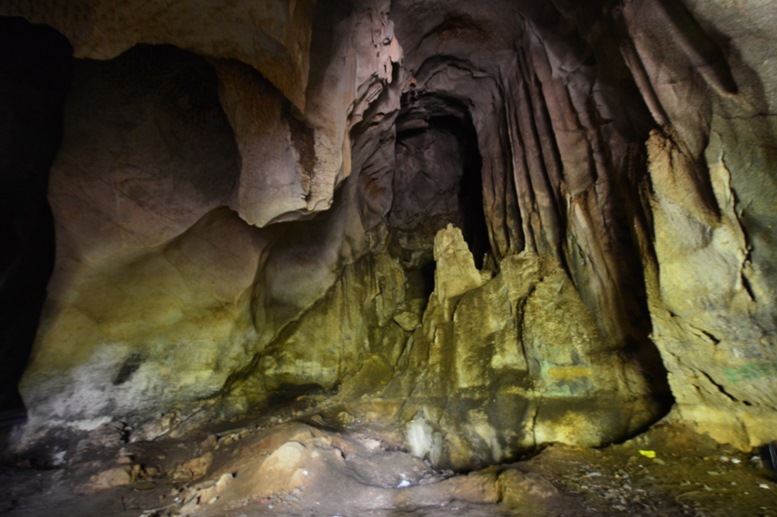 Think you’re brave enough to come into a cave of unknown? Have a little challenge for yourself by entering the Bat-ongan Cave, one of the meccas of the adventurous trippers in Masbate. Bat-ongan Cave will give you the kind of twist you like for your vacation – and I mean, adventure. The cave, which outside looks like an enormous rock mountain covered with foliage, has tree entrances. The accessible entrance is the one that faces north. As you enter the cave, stalagmites and stalactite will welcome you. The amazing rock formation is picture worthy. A stone stair will guide you to the “second floor” of the cave. You can climb the mountain to have a 360-degree view of the wonderful horizon of Masbate along with the vast landscape of greens, but it requires a skill of rock climbing. A few paces away from the cave, you will found an underground river where swimming is allowed. Splash! 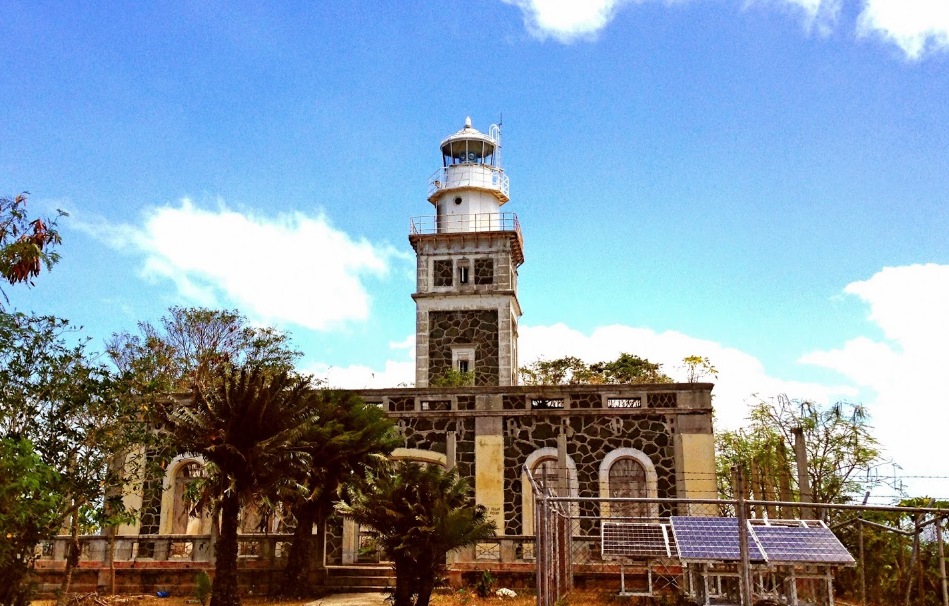 From Brgy. Cantil, take the habal-habal going to Balud Lighthouse, a fully functional lighthouse that stands proudly on a hilltop that serves as a beacon for the seafarers from Luzon to the Visayas and vice versa. The Balud Lighthouse, you think, may not be as grandeur as any other spots, but being there will give you a postcard-worthy picture of the vast blue sea and the vast green land of Masbate. 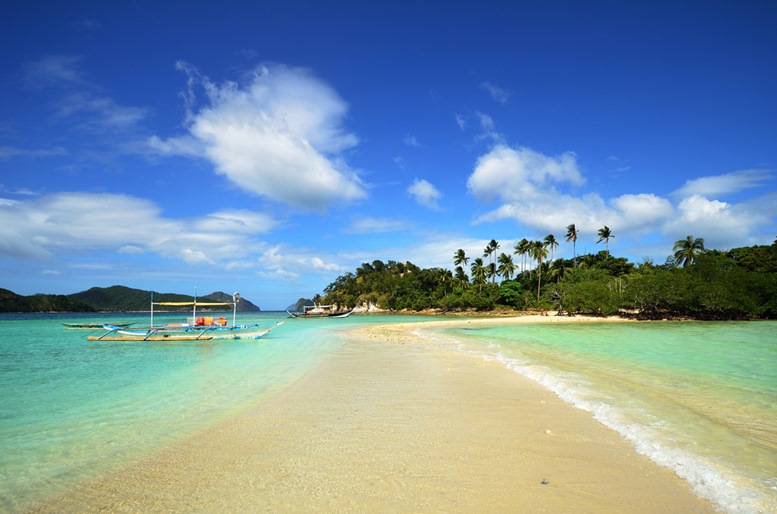 Want something extreme? Visit Snake Island, a peaceful haven of… yes, you guessed it, sea snakes! Snake Island is an ideal for thrill-seekers and for the intrepid lovers, ecophiles, and environmentalist! Also for the people who love rare animals. Snake Island is only accessible if there is a tour guide. When taking a tour of the island, make sure to follow the guide and do not make quick movements. 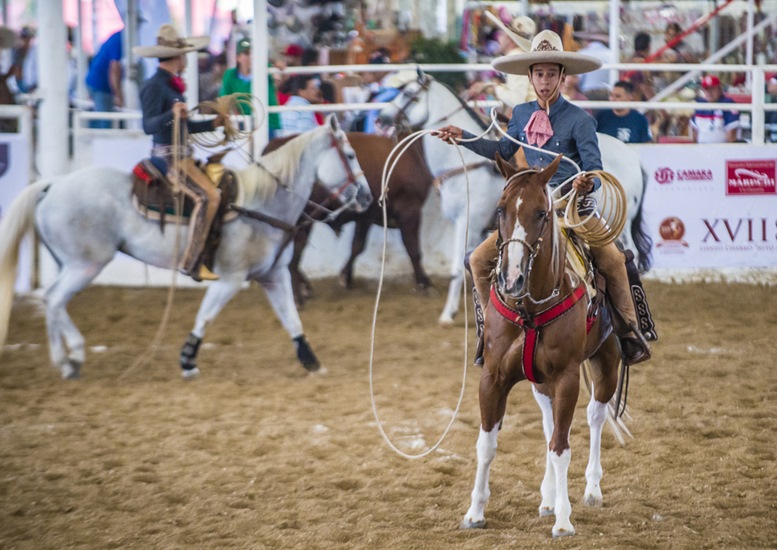 Dubbed as the “Home of the Famous Rodeo,” Masbate celebrates Rodeo festival yearly every April. Cowboys and ranchers – local or from foreign countries – gather together to witness men with their costumes playing in the saddle in their horses. 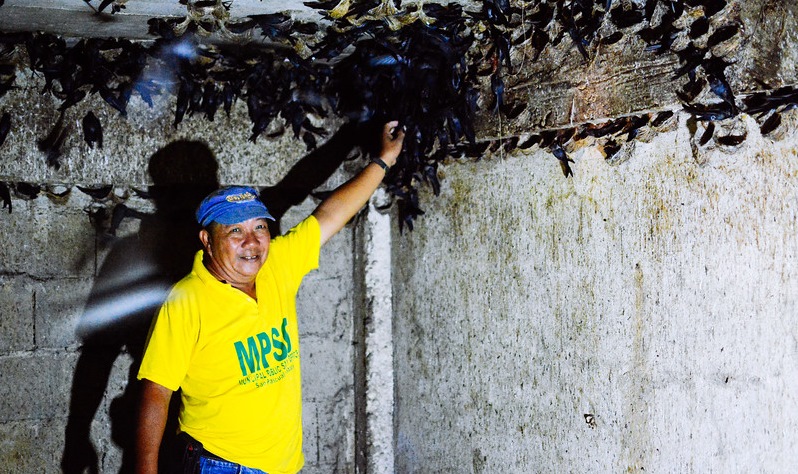 Swiftlets, or locally known as Balinsasayaw, are birds that create their nests using their saliva. In Chinese cuisine, the nest is being mixed with soup to create thick consistency to the soup. And because the nest is rare and is hard to gather, cuisines with such ingredient costs a luxury.

In San Pascual in Burias Island of Masbate, there’s a family house with 80,000 (and counting) swiftlets living in their basement. Though the house is just a regular home of a decent family, their basement became a mecca especially for those who want to see the little birds in close-up. 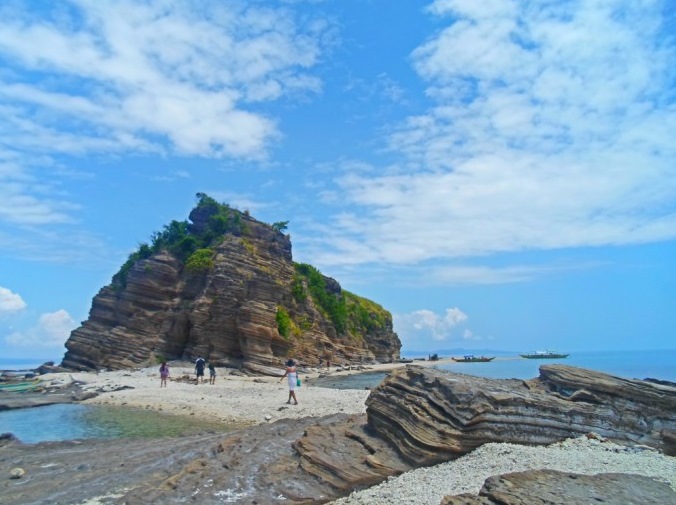 A small offshore island of Masbate, Animosola Island has bizarre and massive rock formations that are picture-worthy! Intermediate to professional rock climbing skill is vital if you want to reach the peak of the enormous rock formation that looks like a hill. Reaching the peak, you will see the turquoise sea will ruffle of waves. Aside from the majestic, picturesque backdrop, you will also be devoured with the fresh wind that runs in the atmosphere. 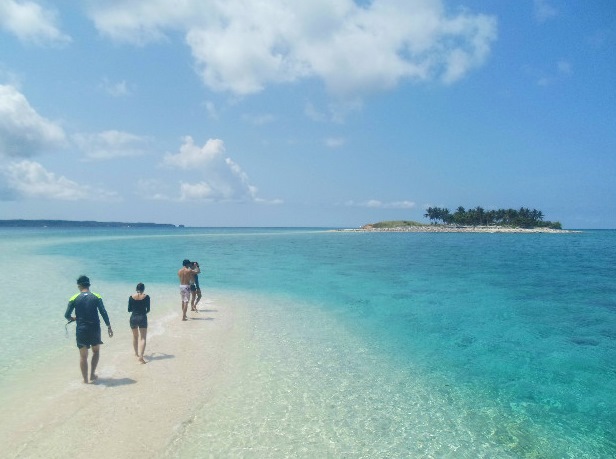 Beauty in all its glory, Tinalisayan Island is a must visit the island in Masbate! The small island has magnificent shore and pristine water. The sand is not fine but white and more of “beach-y.” The island is densely planted with tall pines and coconut trees giving enough shade. There is a long stretch of sand in the middle of the sea that will serve as your runway as you continually take snaps and photos of the wonderful, ever so magnificent backdrop of the blue sea. The line that meets the horizon has the sunshine that you need! A must-visit, I can say!

Looking for a serene, tranquil paradise where nothing is in the air but solitude and peace? Visit Sombrero Island, an island that looks like a sombrero or hat. Enjoy the sunshine and salty beach of the isle. And oh, don’t forget to take a selfie.

It’s not travel if you won’t stop by a pasalubong shop. Before leaving the gorgeous, underrated island of Masbate, make sure to halt at Bukad Handicrafts. The materials used for the handmade products are from the swamp from Danao. From wallets, handbags, vases, to hats, they got a lot of products to offer all at affordable, reasonable prices. 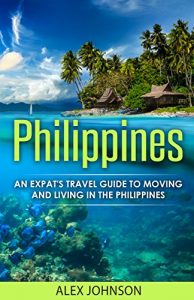 An Expat’s Travel Guide To Moving & Living In The Philippines

Seems like people undervaluing the island of Masbate are all wrong. There are several wonderful places in Masbate and a whole bunch of things to do. So many fun things to do, perhaps, making Masbate a place worth returning!