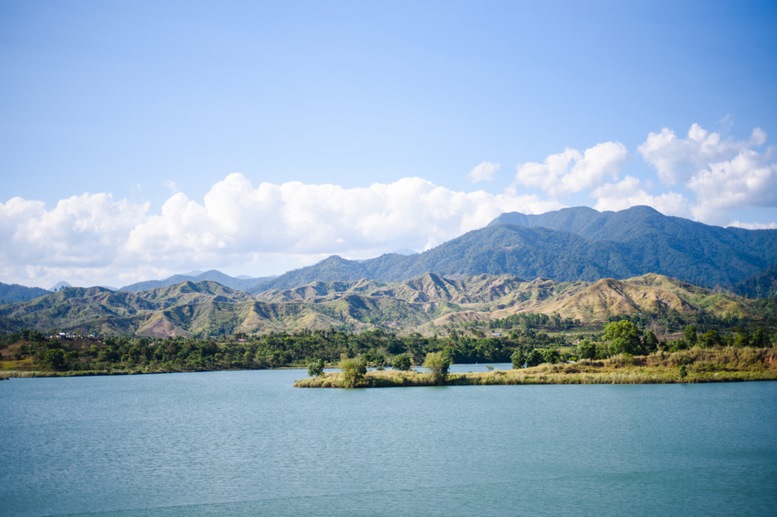 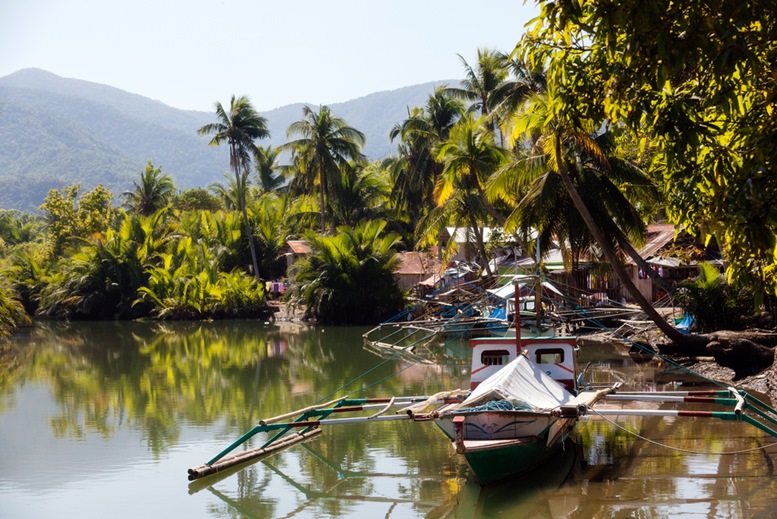 There is a place in Central Luzon famed for the strong waves raged by the powerful wind of the Pacific and for the cobalt blue sea. Have you guessed what place it is? Baler – a mecca for surfers and swimmers located in the heart of Aurora Province and is in the eastern part of Luzon facing the Philippine Sea.

Baler proves it deserves the moniker Birthplace of Surfing in the Philippines because of its coasts having big waves and cold breeze. Indeed, it is a paradise for surfers and intrepid “water benders.” But of course, there are a bunch of stuff you can do in Baler aside from playing with the waves. Yes, Baler is also a place of beauty and magnificence. Here are 10 things to do in Baler. 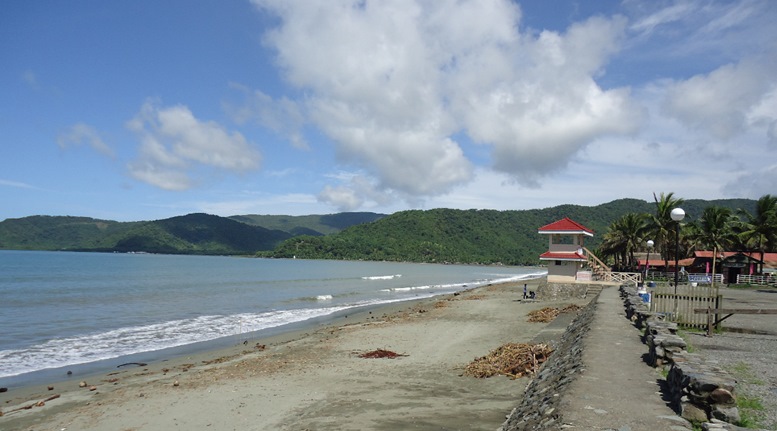 Sabang Beach in Baler has tantalizing gray sand (yeps, not the typical white sand that everybody dreams). In the dawn, people love jogging and doing exercises in the coastline of the beach. Others just enjoy strolling, while some enjoy the sunshine and Vitamin D. For couples, a romantic walk in the bay will surely give you splendor memories. For solos, take the opportunity to commune with the sea. For fitness buff, you can freely do your thing in here. For the photographers, the sunset will surely give you a nice shot. 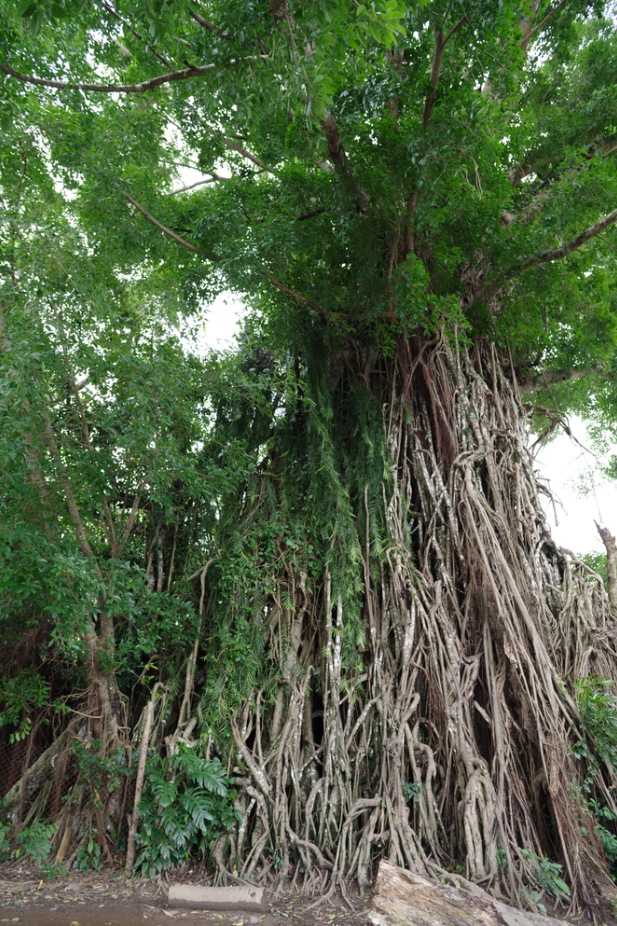 Sounds crazy but yes, you can literally go inside a tree. The 600-year old Balete Tree resides in Maria, Aurora would require 60 adults to circle the tree. Heck, yes! The Balete tree is so wide, in fact, the inside is a hollow to which you can enter. The large roots will serve as your ladder to climb the top of the tree (only if you dare). It might be best to climb the tree barefoot so to avoid sprain. The Balete tree is slightly far from Baler but is accessible via public transport that will only take roughly 20 minutes. This massive Balete tree is the biggest of its kind in Southeast Asia.

In Filipino folklore, the Balete tree is said to be a home of supernatural. Hence, some of the locals are “scared” to this tree. But actually, this beautiful wonder that has erect for centuries is more awe-inspiring than creepy. Ecophiles and environmentalists will surely LOVE this massive hierarchy. 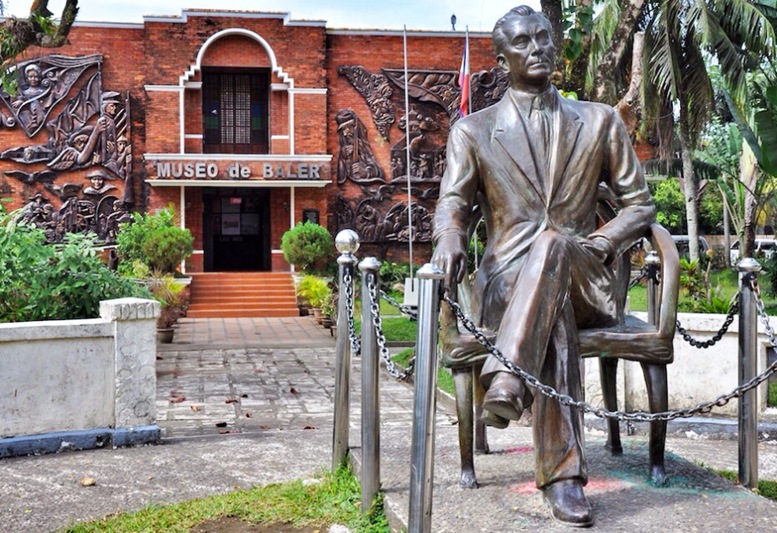 Baler is not just a spot of wonderful creations. It is also a showplace of rich history and fascinating antiquity. Inside the museum are collections of recovered items (Chinese porcelains, etc.) from the deep-rooted shipwreck in Manila Bay and Palawan. A statue of President Manuel Quezon, who was born in Baler, stands lofty in the center of the park for his honor. Not only the museum showcases earthenware, but also several props used in the popular award-winning Filipino movie “Baler.” 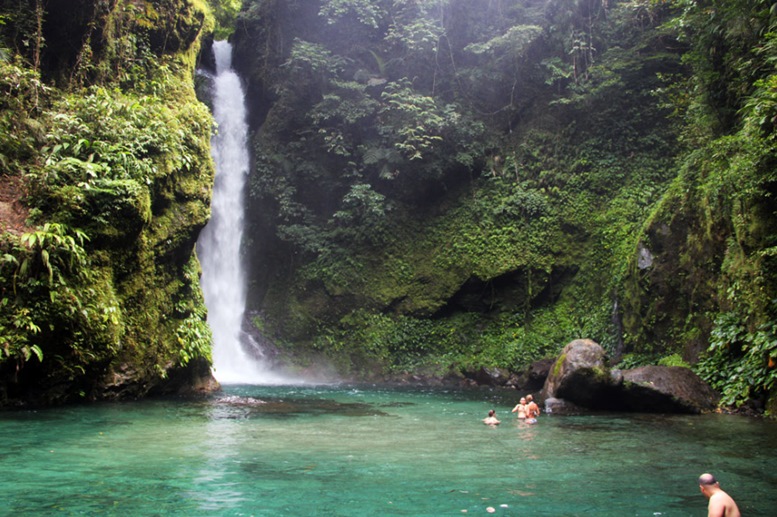 It has always been said that there will be no game if there is no pain. How true those words are for reaching Ditumabo Falls! Before you enter this paradise nicknamed as Mother Falls, you have to dare your muscles and feet and trek the trail heading to the majestic waterfalls for 30 up to 40 minutes. As you head to the waterfall, you will step on huge rocks, steep trails, cold rivers, and ligneous bridges.

Yes, it is honestly tiring, but take the moment to enjoy the lush of greens alongside the trail, the soothing sound that insects make, and the breeze of the dry summer air. As you get nearer to the waterfall, the sound of the splash will indeed electrify your weary soul.

The cold water pool of the waterfall will relax your muscles. The pebbly surface will massage your feet, and the wallow of the strong cascade will replenish your wanderlust.

Ditumabo Falls is not in Baler, but is in San Luis, a town beside Baler. 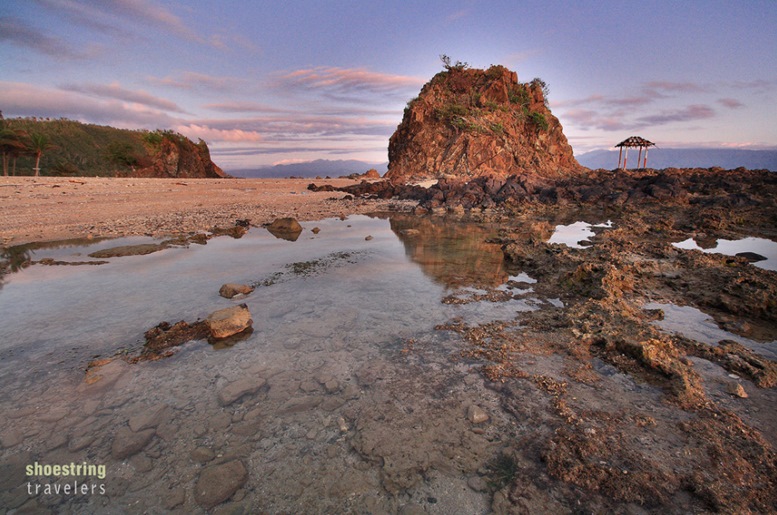 The Filipino word lukso means “to jump” or “to hop.” The Lukso-Lukso Islets, when low tide, is a field of sharp rocks. And to saunter around, you have to hop. Hence, the name Lukso-Lukso derived. The rocks are too sharp that the place is not recommended, nor it is promoted, as a spot for water activities. Inside the craters of the rocks are trapped fishes, hermit crabs, and other vulnerable sea creatures. In high tide, the sharp rocks are overpowered by the water. But some rocks thrust out their tip making them appear like tiny islets. Just a friendly caveat: wandering Lukso-Lukso in high tide is not the best thing to do as the sharp waves may cause you to lose balance and, worst, can cause you injury. Better wander the area in low tides. And remember, where sturdy and robust footwear. 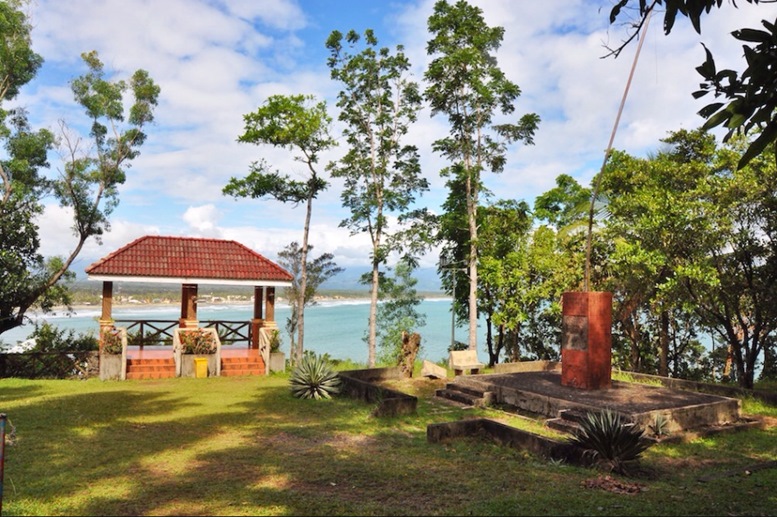 In December 1735, a great big storm had devastated Baler and swept the entire town and, in fact, got even more distressed when a huge wave that was called Tromba Marina struck the vulnerable city. The survivors of the historic catastrophe swum their soul towards Ermita Hill.

Now, at the foot of Ermita Hill is a statue that commemorates with the devastating phenomena, the great tsunami, that smashed Baler. But above the sad historical event, Ermita Hill is frequented because of the vast green land that is ideal for picnics or for casual strolling. 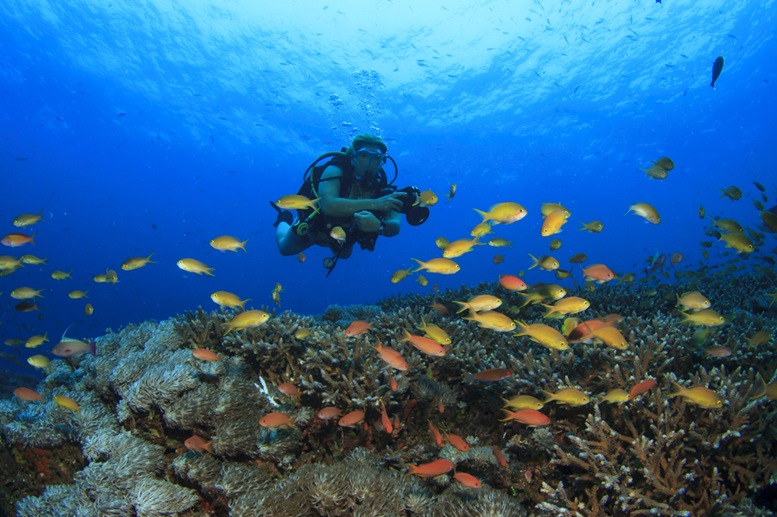 Baler is best known as a surfing spot because it has strong waves and deadly water curls. Hence, snorkeling or scuba diving in the rough surface of the sea is not a good idea. But in some seasons of the year (mostly March to May), the oceans in Baler are fairly calm and composed making scuba diving a possible (and fun) idea. Contact your travel agency or your hostel and inquire about Scuba Diving. They can set your itinerary and can suggest when would be the best time to accommodate your travel desires. 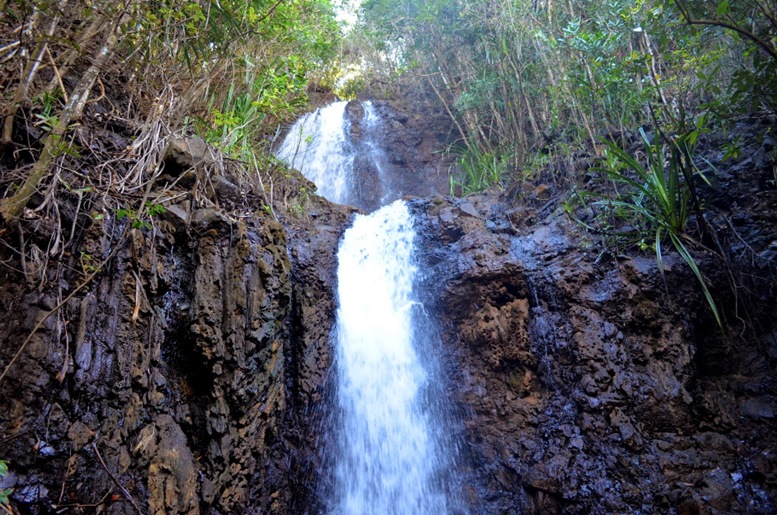 An accessible natural wonder, the Digisuit Falls has massive boulders and cascades that create a beautiful, white splash in the concave water bank. The intense rapids can be a natural hydro massage that will relieve your back muscles. This precious gem of Baler hides in the lush of trees and verdes along with large limestone and algae-clothed rocks, but can still be easily accessed because it is near the national highway. The floor of the water bank is pebbly and stony so you might want to take extra care when stepping into the natural water pool. 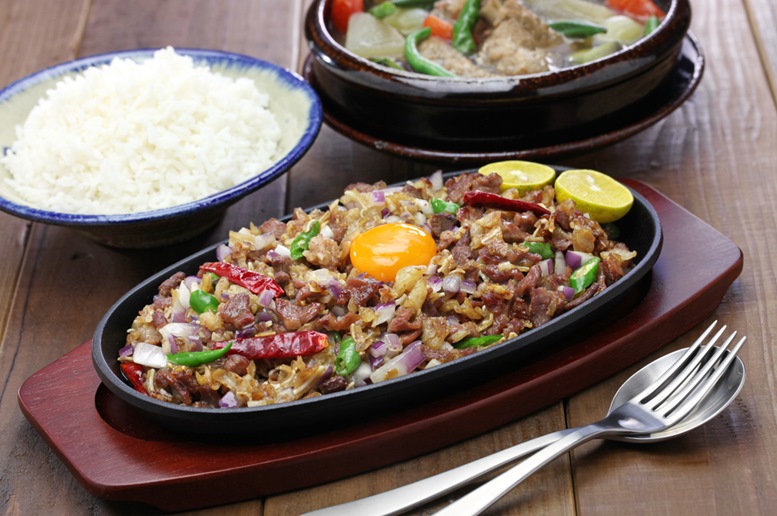 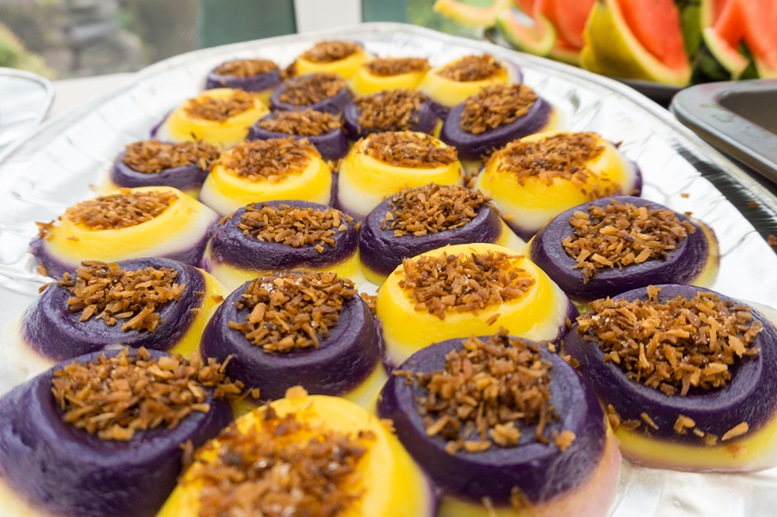 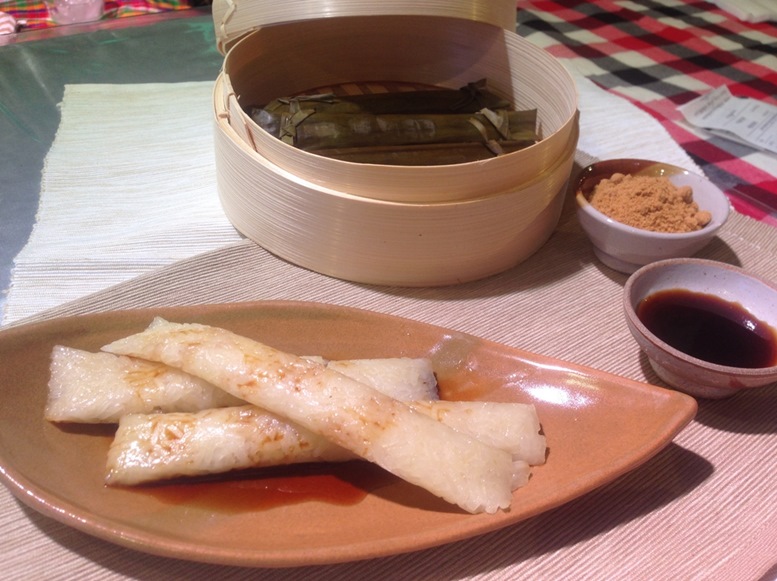 No, you do not need to crawl to the food literally (because that will make you look insane, creepy, and cray). Metaphorically, crawl to the food by searching the best cuisines and local food snacks in the town. Every spot in the Philippines has food to brag (and to share). Cheap eats and fine dining restaurants are available in the tiny city of Baler. There is a row of inviting restaurants in Sabang Beach. Cheap eats are available in public market and in food stalls. A Filipino snack that you must try is the Suman (rolled glutinous rice). 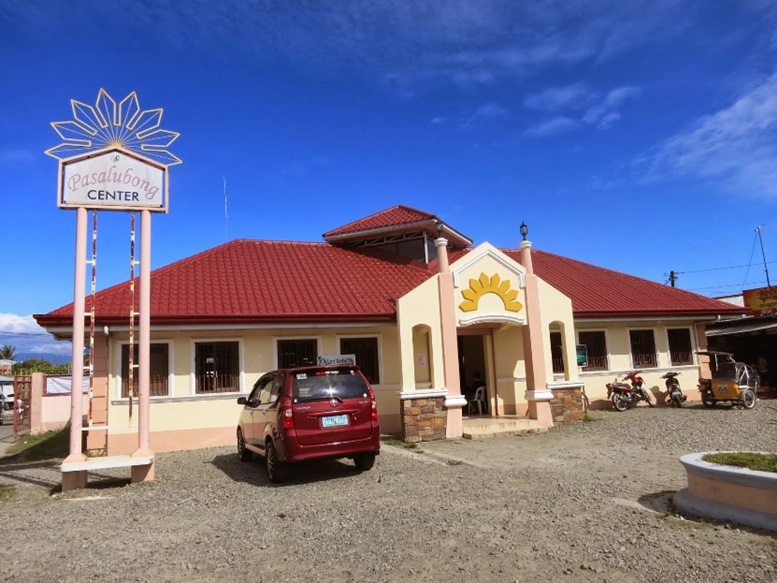 Travel must always end up buying pasalubong. The Pasalubong Center in Baler has a variety of souvenir items that you can buy thriftily. T-shirts, delicacies, handicrafts, and hand-woven Sabutan products (genuinely made by the indigenous people of Baler) are available.

Travel Baler and explore the natural beauty of the town. You might just find spots that were missed in our listicle. Do you have any suggestions? Let us know by commenting below! 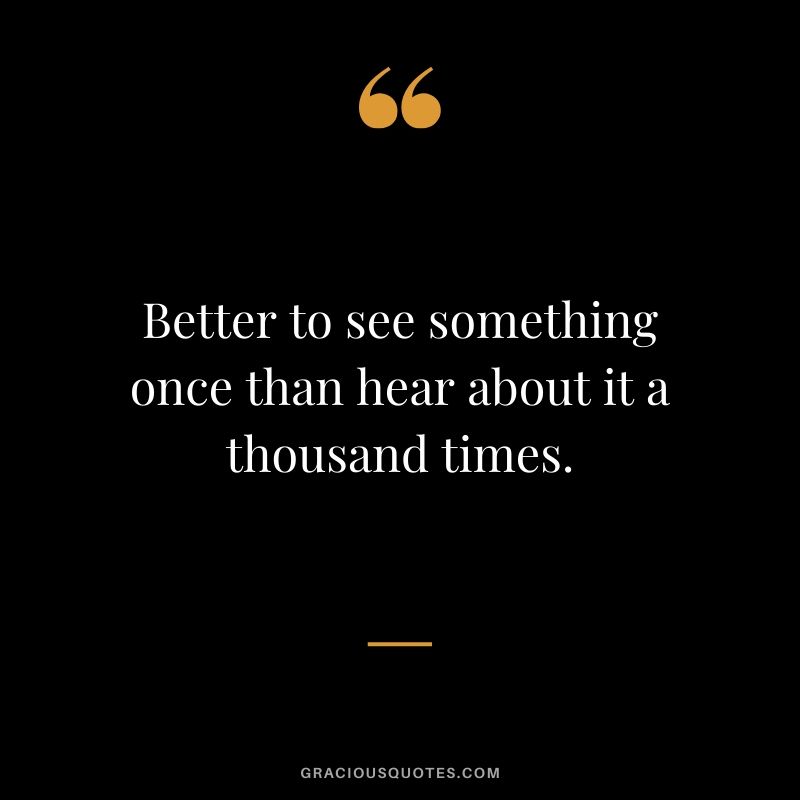 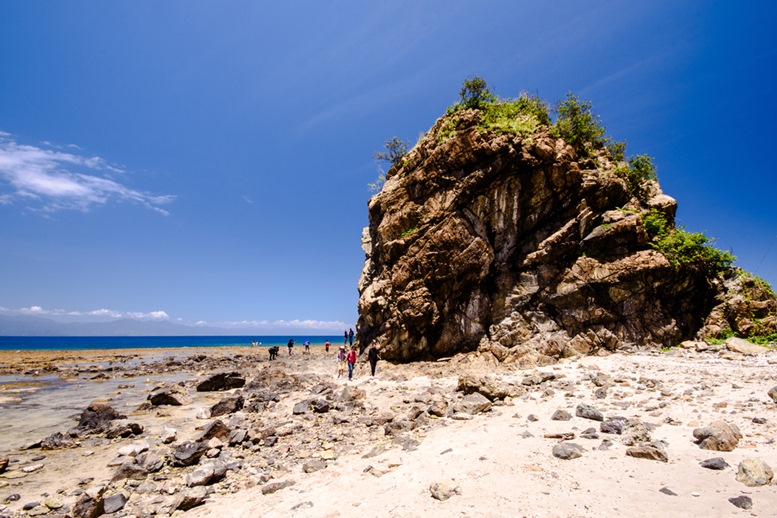 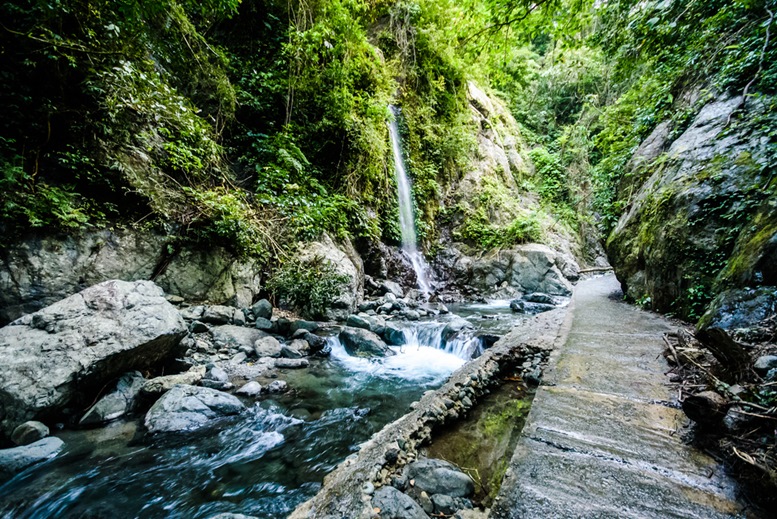 Thanks for reading! We hope you’ll have an amazing time at Baler, Philippines!