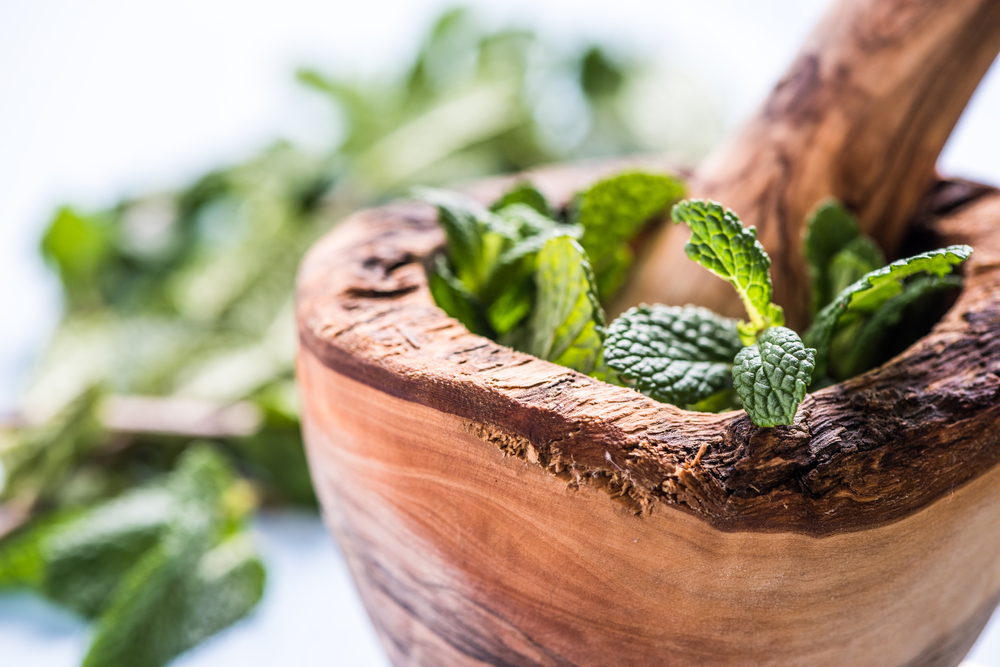 Spearmint is a perennial plant with hairy, spear-shaped leaves and stems, a fleshy underground rhizome, and flowers that are either white or pink. This species of mint is native to the Middle East, China, and the Himalayas but are now widely cultivated with plenty of different hybrids. Spearmint is popular for its pungent and cool scent, and aside from the numerous health benefits that can be derived from it, this herb has also been utilized for plenty of uses in many industries such as food and beverage, personal care products, and agriculture. 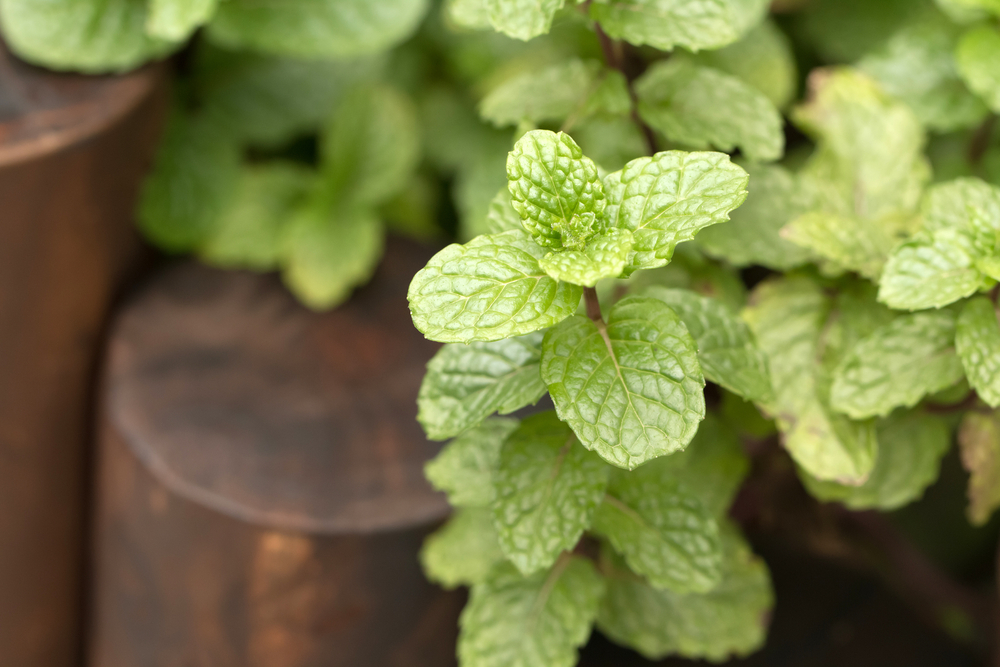 The history of spearmint can be traced back to the Greek mythology, when Persephone caught his husband Hades, the god of the underworld, about to seduce a nymph named Minthe. In her rage, she transformed the nymph into a lowly mint plant who was meant to be stepped upon and trampled by the people. Hades saw this and felt pity for the plant, so he bestowed upon it a pleasant scent to let the people remember Minthe’s beauty every time the plant was trampled.

In biblical history, spearmint was also of great value to the Pharisees. It was used as a tithe (a tenth of the annual produce or earnings given as a tax payment) along with cumin and anise, as stated in the book of Matthew, chapter 23, verse 23. The herbalist Nicholas Culpeper suggested during the 16th century that mint should not be given to a wounded man as it will prevent the wound from healing properly. However, it is now known that the opposite of his statement is actually true. Culpeper also used spearmint to treat 40 other illnesses during his time.

Today, spearmint is a popular flavoring for confectioneries (gums and candies) and oral hygiene products (toothpaste and mouthwashes). It is also a chief component in herbal soaps and shampoos that target dandruff and fungi. Its essential oil is used in aromatherapy and in agriculture as an insecticide against moths. 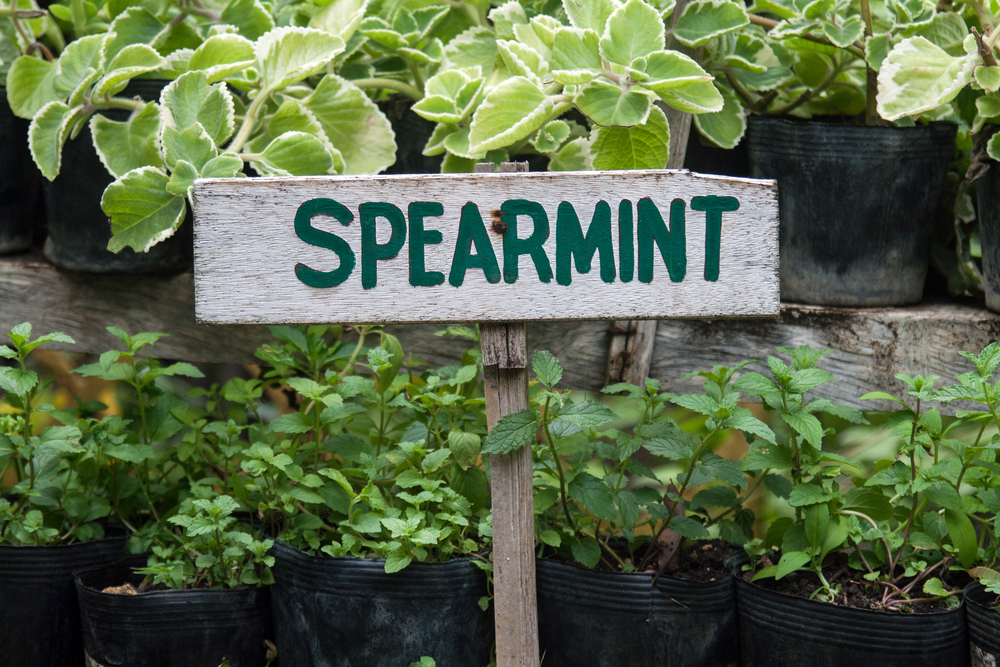 For every 28 grams (1 ounce) of fresh spearmint leaves, you will get the following nutrients:

Menthol, the volatile compound that is responsible for the coolness of spearmint, possesses antibacterial properties that kill harmful microbes such as Staphylococcus aureus and coli. It also freshens the breath while disinfecting the mouth, which is why spearmint is the main ingredient in toothpaste and mouthwash.

Aside from its antibacterial benefits, menthol also treats fungal infections by inhibiting the growth of yeast-like and filamentous fungi. Applying spearmint oil on the affected area will treat the infection and prevent it from recurring.

The coolness of menthol provides a calming, soothing effect that relaxes the tensed muscles all over the body. Drinking spearmint tea can help relieve stress and anxiety while inducing a restful sleep.

Omega-3 fatty acids cannot be synthesized within our body so it must be obtained through the food we eat. Aside from seafood, spearmint is also a source of Omega-3 fatty acids that are critical building blocks of a baby’s brain and retina. It also prevents depressive symptoms for pregnant women during their pregnancy and postpartum.

Spearmint is an excellent source of potassium – an ounce of fresh spearmint leaves contain 128 milligrams of this essential mineral. Potassium prevents the lack of oxygen flow to the brain that leads to stroke by ensuring that the cerebral arteries are unobstructed.

This herb is also a rich source of iron which is an important mineral needed by the body to produce red blood cells. Optimal iron levels increase blood circulation, speeds up wound healing, boosts energy levels, and prevents iron deficiency diseases like anemia.

Gastrointestinal disorders, such as constipation, bloating, abdominal pain, and diarrhea can be eased by drinking spearmint tea. The healing properties and the cooling effect of menthol provide fast relief of digestive problems.

Colds and cough can become an ordeal especially if the nasal airways are congested or if phlegm is present. Spearmint tea is an excellent remedy for these kinds of respiratory illnesses since the menthol provides relief by triggering the cold receptors in the airways.

Limonene, another compound found in spearmint, has shown anti-inflammatory and wound-healing properties to the skin. It hastens the tissue-repair process of the skin while fighting microbes that can infect the wound.

This herb is a good source of calcium, a mineral that is needed in the formation of strong bones and teeth. It also plays a role in vascular contraction, muscle function, nerve transmission, and hormonal secretion.

Potential Side Effects of Spearmint 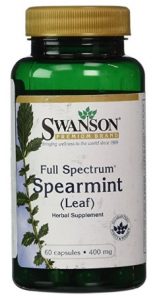