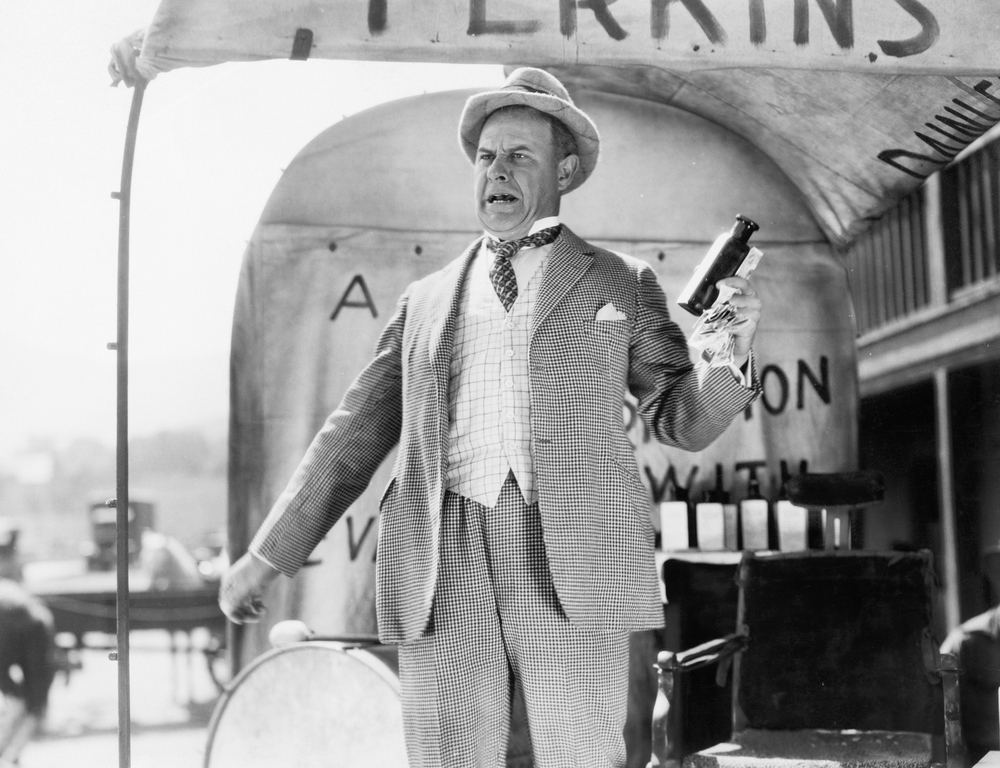 Coconut oil makes up an estimated 2.5% of the world’s vegetable oil production. Since 2005, there has been an average of 5.83 million tonnes of coconut oil produced worldwide each year. In 2016 alone, coconut oil prices soared up to nearly 30% between the months of January and April. How did this happen? How did coconut oil become very popular? And why do some people consider it the modern day snake oil?

The History of Snake Oil 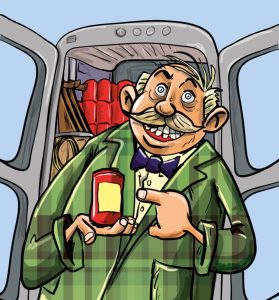 Before we go any further, let’s talk about the history of snake oil first, and why of all things, it is what people nowadays compare coconut oil to. If you love watching classic films, you’ve probably stumbled upon a scene from old western movies where a certain doctor would arrive in a particular town with a wagon full of potions and medicinal solutions. The doctor would then lower down a perch attached to his wagon, stand on it, and begin delivering a sermon about the wonders his medicines could do. An audience would then gather around this doctor and an assistant would show the crowd several samples of his achievements. Also, he would claim that somewhere inside his wooden box is a bottle that contains what he would call the “elixir of life,” a potion that has the ability to treat and heal all sorts of illnesses, from headaches, to stomach pain, to skin problems. You get the picture, and by now you’ve probably realised that the man who calls himself a doctor is actually a fraud. Such frauds were usually referred to as “snake oil salesmen.” The reason is that snake oil was believed to be a substance oil with no actual medicinal value and was only used by quack doctors to milk money from unsuspecting people. In the same manner, coconut oil is believed to be the modern snake oil, because, according to some people, it has no real health benefits and is only being taken advantage of by large alternative health and supplement companies to make money. But, is coconut oil really not worth it? Or is it? Let’s take a look at some of its health claims. 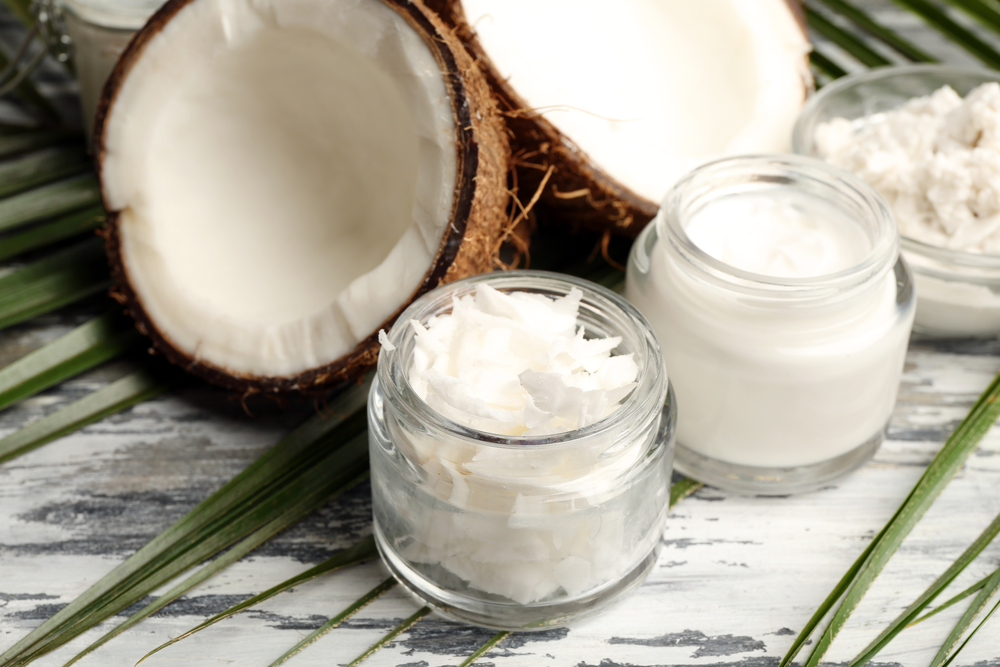 Coconut oil is believed to be a “superfood.” That means it is supposed to have more than a dozen health benefits. The following are just some of the so-called health benefits of coconut oil that you will usually see being advertised on social media and even in your local grocery store.

Coconut oil is believed to be a brain food, as it can serve as an alternative source of energy for the brain. It is said to contain antioxidants that can help reduce your risk for Alzheimer’s and even other degenerative brain diseases. The only problem with this claim is that it has not a lot of scientific evidence. In fact, you’ll get a better bang for your buck by investing your money on fresh fruits and vegetables instead.

With the rate of deaths connected to heart attack and stroke increasing each year, who wouldn’t want to have an easy way to maintain a healthy cardiovascular system? Coconut oil enthusiasts claim that coconut oil can boost the body’s HDL, also known as “good cholesterol,” and that thanks to the MCT-saturated fat it contains. Just because it can lower your HDL, though, does not mean it is good for the heart. The truth is, coconut oil can also raise the body’s “bad cholesterol” or LDL. In many ways, coconut oil could have a neutral effect on your heart’s health, but it is not necessarily heart-healthy. The truth is, there are no shortcuts to a healthy heart. If you want to strengthen your cardiovascular system, the key is regular exercise, plus foods rich in omega-3

Coconut oil has numerous health claims, but nothing is probably more popular than its claim to help you burn fat and lose weight. People probably buy coconut oil for this reason alone! But, does it actually help you achieve a slimmer body? In 2001, a study was conducted in Japan to see the effects of coconut oil to the human body. This was the first ever study on the effects of coconut oil done on humans. The study was conducted at the Kagawa Nutrition University in Japan and involved 86 men and 15 women, all of whom had normal BMI ratings. The goal of the research was to find out whether the medium chain triglycerides found in coconut oil does indeed aid in weight management. At the end of 12 weeks, it was concluded that those among the group who consumed medium chain triglycerides lost as much as 8.5 pounds. However, the other half who consumed long chain triglycerides also lost a significant amount of weight. What does this mean? Coconut oil can indeed aid in weight loss, but it is not the only option out there. In fact, a study done in 2015 discovered that there are other heart-healthy oils, such as walnut oil and canola oil, that work better than coconut oil.

Coconut oil is found in a number of skin products. Some brands are bold to say that it can slow down the skin’s aging process. They claim that coconut oil has both anti fungal and antibacterial properties and can be used as an excellent moisturizer. The truth is, coconut oil has indeed amazing moisturizing benefits, but to go so far as to say that it can slow down aging is simply unrealistic. For one, it does not have omega-3 that should be responsible for giving your skin a healthy coat. Aside from the fact that it smells like cookie (which is good!), coconut oil is no better than other so-called natural skin supplements.

Believe it or not, there really is such a thing as medicinal snake oil. For hundreds of years, the Chinese used it to treat joint pains and certain types of skin diseases. So, how did it end up being synonymous to the words ‘fake’ and ‘fraud’? Perhaps what gave it its reputation is not the fact that it hasn’t any medicinal value at all, because it probably did. What gave it a bad name were the con-artists who only wanted to make money for themselves and used the name ‘snake oil’ to refer to their so-called cure-all elixir. In the same way, whether or not coconut oil is as good as its promoters claim it to be, no one can actually say it’s quack medicine, because it does have some sort of medicinal value. It comes straight from the coconut tree, which, in many parts of the world, is considered the ‘tree of life.’ It seems that no part of the coconut tree can be considered useless. Wood made from coconut is considered to be one of the strongest and is used for building houses, both big and small, in tropical countries. In many parts of East Asia, coconut leaves are dried and used as roofings. Coconut juice can also be fermented and used as vinegar or even beer. So, is coconut oil the modern-day snake oil? Yes, but both in a negative and positive sense. In a negative sense because its health benefits have been exaggerated by those who sell it.In a positive sense, because it actually does have medicinal benefits.

To conclude, it is safe to say that coconut oil can help improve the overall health of those who use it. It’s not a quick way to great health, though, sad to say. If you want to maintain your cognitive and cardiovascular health, as well as your beauty as you age, the secret is not found in a bottle – it’s found in regular exercise and a consistent well-balanced diet. 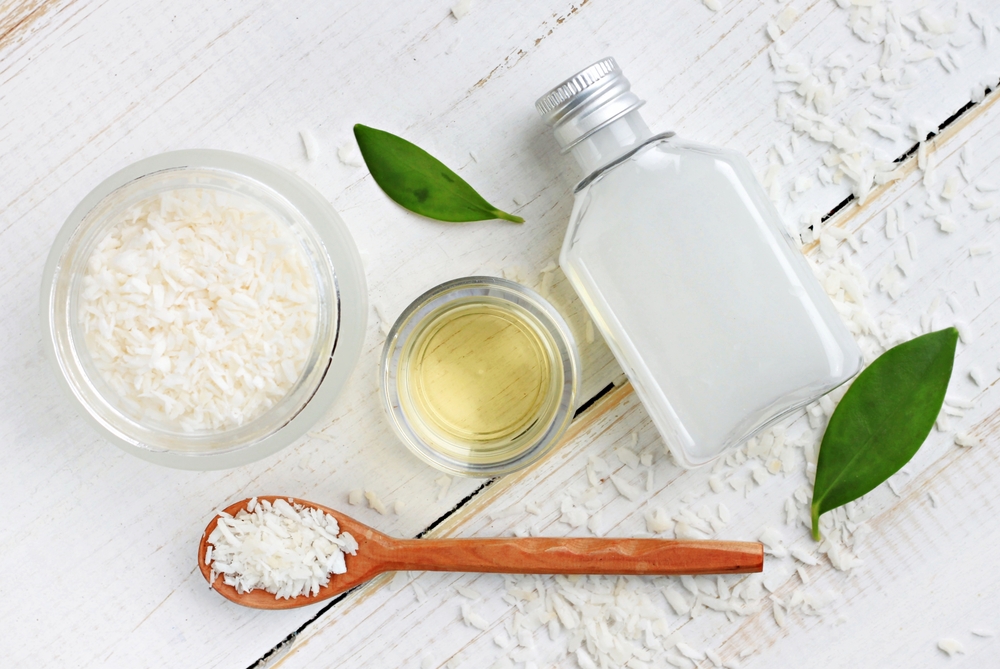