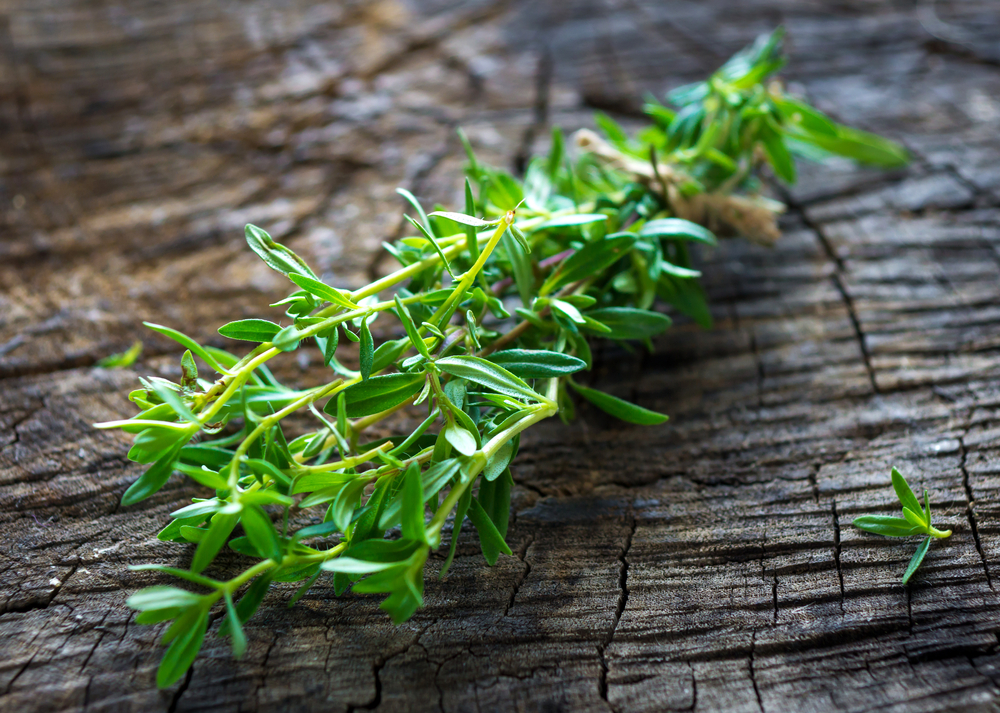 Savory belongs to the genus Satureja from the family Lamiaceae, which is related to thyme and rosemary. It is native to southeastern Europe, where it was widely used and cultivated for its culinary and medicinal properties for hundreds of years. It is used as a dressing or flavoring in cooking meat, stews, pies, and beans. Additionally, it has also been a staple in many medicine and herbal cabinets due to its surprising health benefits, such as increasing sex drive and eliminating intestinal parasites. 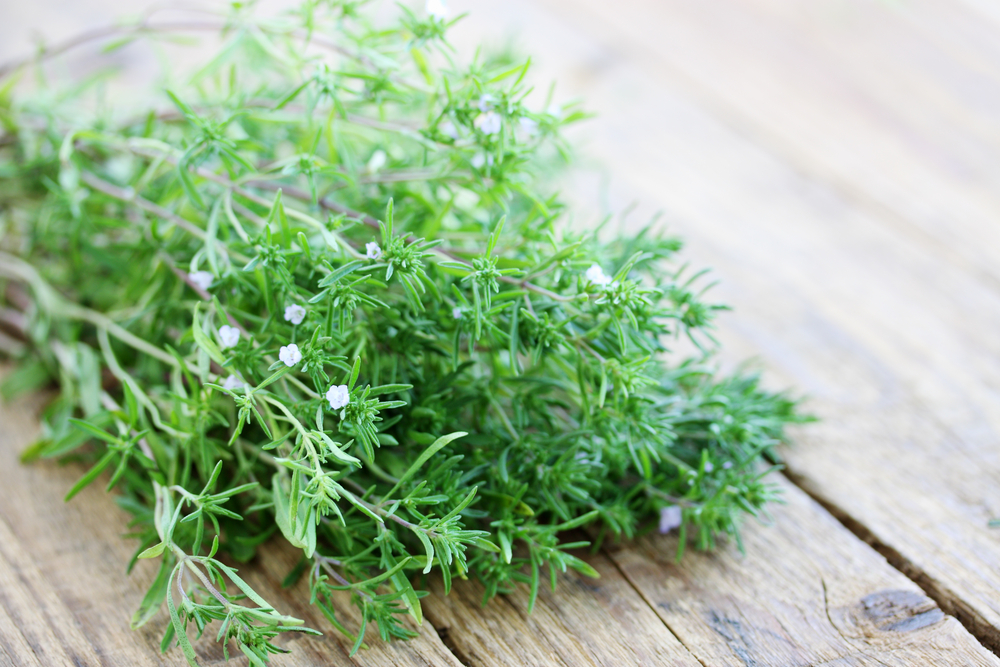 If you ever get stung by a bee or a wasp, rubbing savory on the affected area can help subside the pain and prevent it from getting infected. This is because of carvacrol, an essential oil that has analgesic and antimicrobial properties.

Drinking savory tea regularly will help eliminate intestinal parasites. If left untreated, these parasites can affect the digestive tract and interfere with the proper nutrient absorption.

Savory is an excellent source of the essential minerals needed by our body to function properly, such as zinc, magnesium, phosphorous, calcium, potassium, and iron. Infusing savory to your meals or drinking beverages made from savory will provide you with your daily nutritional needs.

Applying savory essential oil to the skin or nails with the fungal infection will effectively cure it due to thymol, which contains anti-fungal properties. It also prevents further infection by preventing it from recurring with continued application.

In addition to preventing fungal infections, savory also kills bacterial strains such as coli, which can cause severe diarrhea. Drinking savory tea along with plenty of water will cure diarrhea and replenish the lost water from the body.

Savory can be used as a remedy for coughs, colds, and mild sore throats. It also expels the phlegm from the airways while soothing the throat and relieving headaches caused by nasal congestion.

The anti-inflammatory and analgesic properties of savory, along with the abundance of B-vitamins, can relieve the pain and swelling of the joints.

Savory is an iron-rich herb that contains 10.6 milligrams of iron for every 28 grams of the ground herb. Flavoring your dishes with savory will not only make it more delicious but also contribute to your well-being by preventing iron-deficiency anemia.

A study has shown that the volatile oil components in savory, which includes carvacrol, thymol, linalool, camphene, caryophyllene, terpineol, and myrcene, all exhibit properties that combat the onset of liver cancer.

Potential Side Effects of Savory

There are about fifty different species of savory, but two of the most commonly grown ones are the summer savory and the winter savory. The Greeks and Romans cultivated it mainly for cooking and used it to flavor their meats, soups, and stuffing. The Romans then brought savory with them to Europe, where the people began to utilize its medicinal uses.

Summer savory was believed to increase a person’s sex drive, while the winter savory decreased it. The ancient Egyptians used it in concocting love potions, while the French added it to their (or their lover’s) wine. The English people mixed it with beeswax and used it as a massage lotion for unromantic women, while Italian mothers fed their soon-to-be-wed daughters with dishes that had plenty of savory in it to make sure that they will satisfy their future husbands.

Aside from being an aphrodisiac, there are also other medicinal uses that people all over the world have been employing. The Cherokee Indians used ground savory in their snuff (a smokeless tobacco) to cure headaches and dizziness. Diabetic people during the Elizabethan period drank savory tea to alleviate excessive thirst, or those with asthma and colds were treated with savory poultice.

For every 28 grams (1 ounce) of ground savory, you will get the following nutrients: