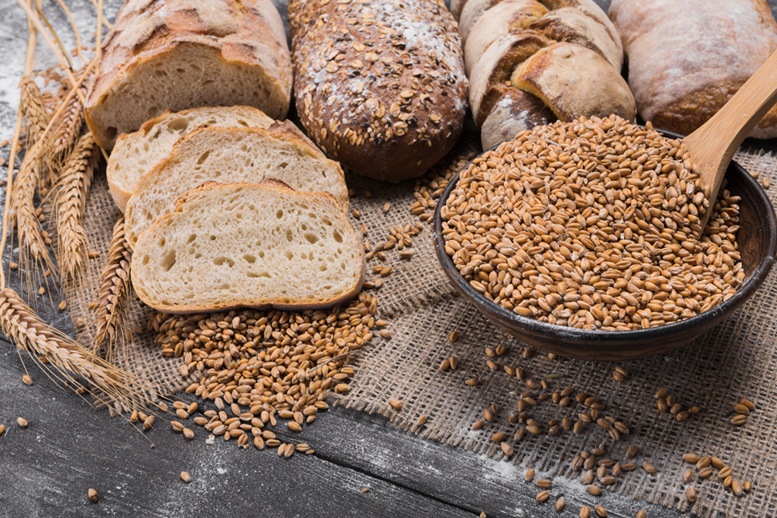 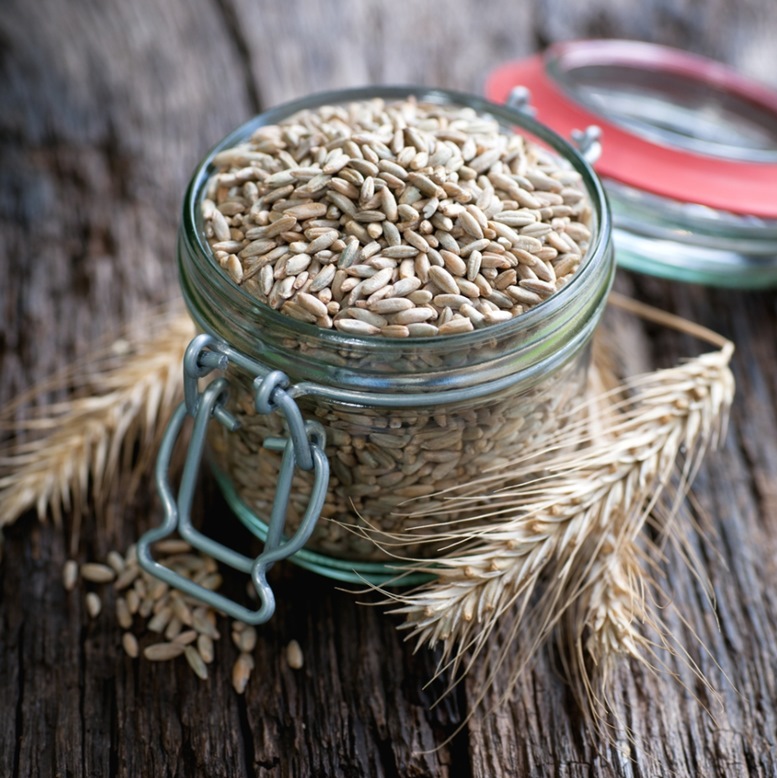 Rye, as an incredibly healthy grain, has been cultivated in Europe since ancient times. Rye grain has the similar composition as wheat but with less starch and crude protein and more dietary fibre. In fact, the dietary fibre content of rye is the highest among the common cereals, ranges between 20-25%. The dietary fibre is concentrated at the outer layer of rye kernel, especially in the bran. In addition to the dietary fibre, rye grains contain a wide range of bioactive compounds such as lignans, phenolic acids, alkylresorcinols, phytosterols, trace elements and minerals, folates, tocopherols and other vitamins.

Rye kernels are generally milled into flour for producing various forms of bread and other baked products. It is a traditional raw material used for baking in Northern and Eastern Europe. It ranks the second in importance after wheat for the production of bread: ‘black bread’ (contains high levels of rye flour), rye bread, crisp bread (made with combined whole rye and wheat flour), pumpernickel (originated from Westphalia, Germany that produced from 100% rye meal)and sourdough bread.The flavor and texture of rye bread are quite different from those of wheat bread. 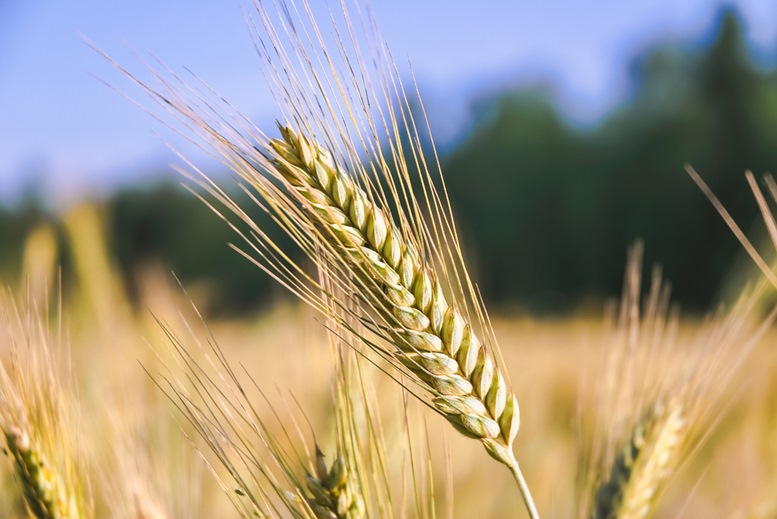 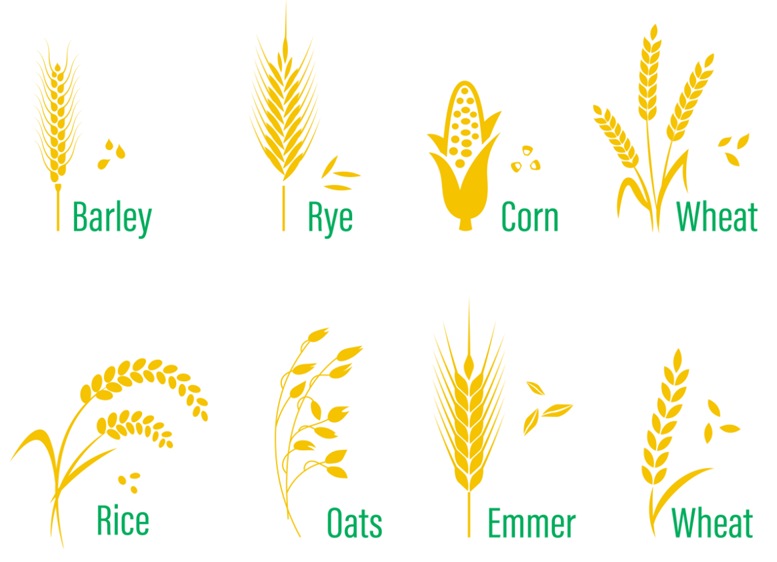 Besides bread, rye is also used in making biscuits, crackers and different snack foods where it is incorporated in the form of cracked grain, flakes or extruded grains. Rye is also used for alcoholic fermentation to produce rye beer and some whiskeys and vodkas. In the Nordic countries, rye has also been used as breakfast cereals, muesli and porridge, that are generally made of whole-grain rye. 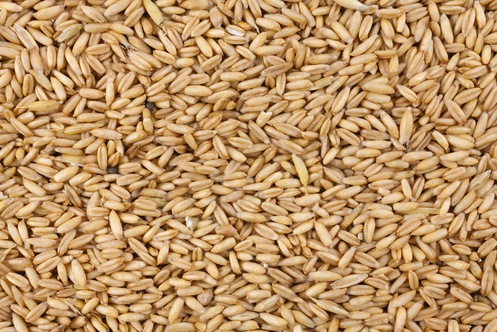 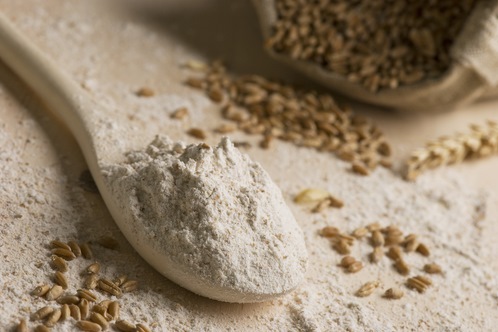 The dietary fibre of rye represents about more than 20% of the whole grains, of which approximately 4% is soluble fibre.Rye contributes about 40% of daily dietary fibre intake in Finland and Denmark. The major dietary fibre constituents of rye are arabinoxylan, beta-glucan, cellulose, fructan and lignin. Rye contains 3-4% beta-glucan which is enriched in the bran fraction. As discussed in our previous articles of barley and oat, beta-glucan is a unique type of soluble dietary fibre which confers tonnes of health benefits. Arabinoxylans are considerably high (6-12%) in whole grain rye flour. It has a similar function in lowering cholesterol levels as beta-glucan.

In addition to dietary fibre, vitamins, minerals and various phytochemical have been suggested to contribute to the health benefits of rye. These bioactive compounds are concentrated in the germ and the outer layer of the kernel, which are also richest in dietary fibre. Rye is rich in phosphorous, copper, magnesium, selenium and vitamin B complex. One slice of rye bread provides 15% of the recommended daily intake of both manganese and selenium.The amount of bioactive compounds in rye grains and wholemeal rye bread are listed below. Besides minerals and vitamins, many of the phytochemicals of rye grains,such as phenolic acid,are powerful antioxidants that can help to prevent cancer and other chronic diseases. It is also the phenolic compounds that impart a bitter taste into the wholemeal rye bread.

Table 1. The amount of bioactive compounds in rye grains

Table 2. The amount of minerals, vitamins and phytochemicals in rye bread

*RDI = recommended daily intake of a nutrient that is sufficient to meet the requirements of 97-98% of healthy adults. 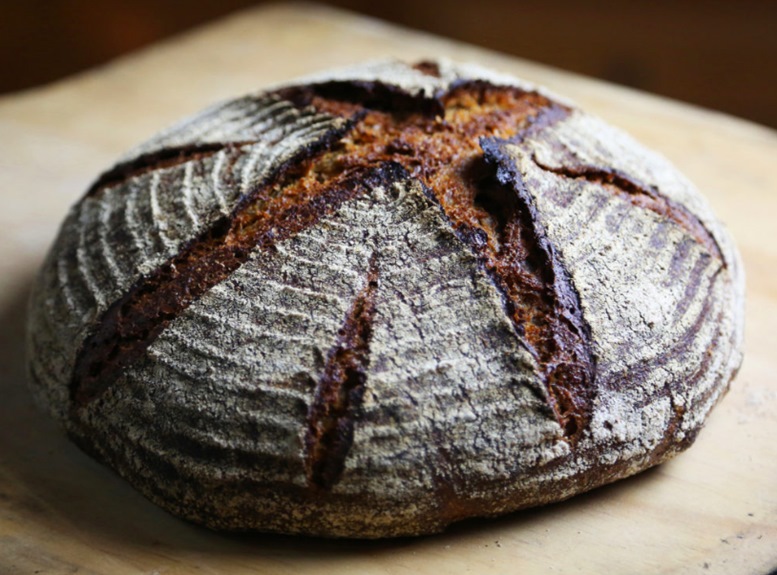 It is well known that fibre is an essential part of our diet to keep our digestive system healthy. Ingestion of rye products has been shown to increase fecal volume, reduces intestinal transit time, improve bowel function and contribute to the growth of Bifidobacterium. Rye fibres are prebiotics which boost the growth of friendly probiotic bacteria in our gut. All these benefits together help to prevent constipation and reduce the risk of colon cancer.

Replace your white bread with rye bread if you are on a diet. Eating rye bread is beneficial for weight control due to its slower digestion and ability to fill you up as compared to the white wheat bread. Studies have shown that eating rye bread or rye porridge as breakfast decreased the hunger and desire to eat as compared to the white bread. The soluble fibre fraction of rye has a high water-binding capability that increases your sense of satiety and satiation. It works by increased food viscosity in the stomach which delays the evacuation of stomach digesta into the small intestine where nutrient digestion and absorption take place.

Compared to the white wheat bread, wholemeal rye bread has been shown to reduce the need for postprandial insulin and improve first-phase insulin secretion which are associated with regulation of glucose metabolism and reduced risk of type 2 diabetes. Among all the rye bread, the special rye bread pumpernickel (dark dense rye bread), is the lowest in carbohydrates and serves as a better choice for people with diabetes.

Consumption of whole grain rye products decreased the incidences of cardiovascular disease. A study conducted in Finland, which is one of the biggest fan of rye bread, shows that a reduced risk of death from heart diseases was related to the consumption of rye products. The dietary fibre present in the rye bran helps to clean up the harmful low-density lipoprotein (LDL) cholesterol, and its powerful antioxidants prevent the oxidation of LDL which is known to cause atherosclerosis and stroke.

Rye is an important addition to the diet for people with high blood pressure. This is due to the combined effect of its dietary fibre, minerals and phytochemical contents.Clinical studies showed that high fibre intakes reduced blood pressure. Daily consumption of 3 portions of whole grain food significantly decreased blood pressure in middle-aged, healthy men and women. Rye is concentrated with magnesium, a mineral that helps control high blood pressure. Phytochemicals of rye, mainly the phenolic compounds, reduce blood pressure by inhibiting angiotensin-converting enzyme and preventing the formation of atherosclerotic plaques.

One of the main reasons for gallstone formation is the excessive production of bile acid. The insoluble fibres of rye reduce the amount of bile acid formed thus mitigate the risk of gallstones.

Chronic inflammation play a role in cardiovascular disease and type 2 diabetes. Eating whole grains is a good way to fight against inflammation. The high niacin content of rye inhibits inflammation.The dietary fibre of rye, especially arabinoxylan, is known for its high antioxidant activity which also helps to alleviate inflammation.

This nutritious grain is also rich in lignan in its insoluble fibre fraction. The whole grain of rye contains about 2 mg/100g of lignan. Lignan is a phytoestrogen, a hormonally-active compound that is metabolized into mammalian lignans enterodiol and enterolactone in human intestine. Lignan is known to protects against breast cancer, reduce the hot flashes and prevent osteoporosis during menopause.

Side effects of eating too much rye 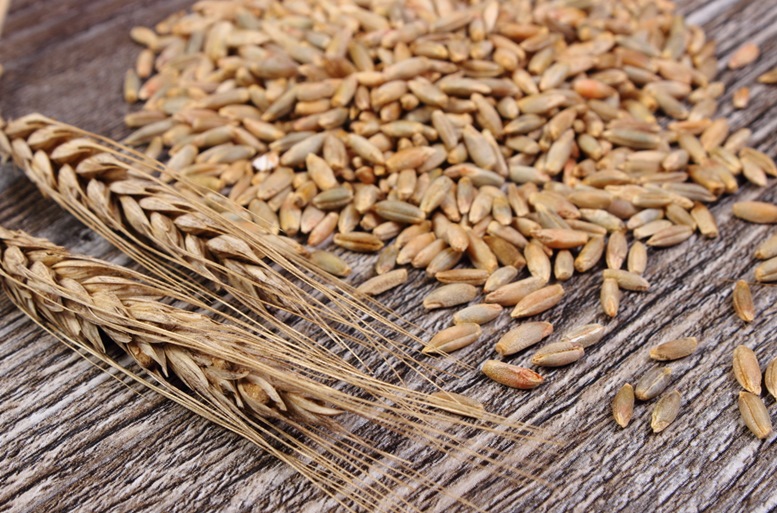 Rye is perfectly safe to be consumed in a moderate amount as either rye bread or other bakery products for most people. However, excessive consumption may lead to adverse effects. 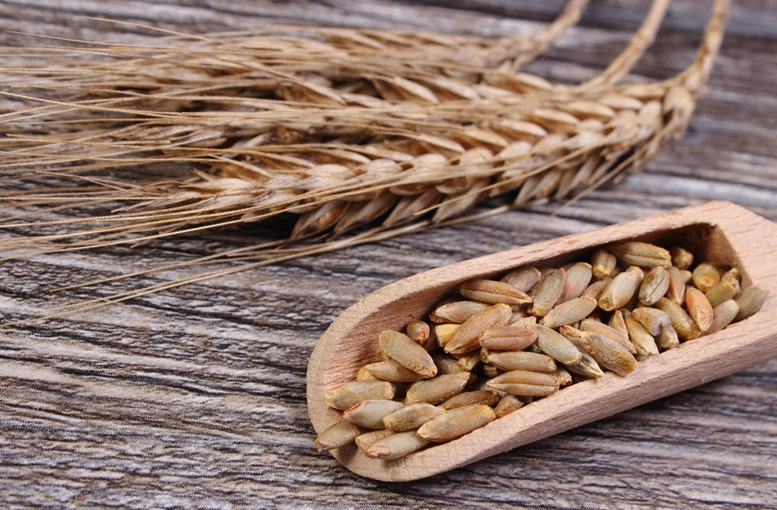 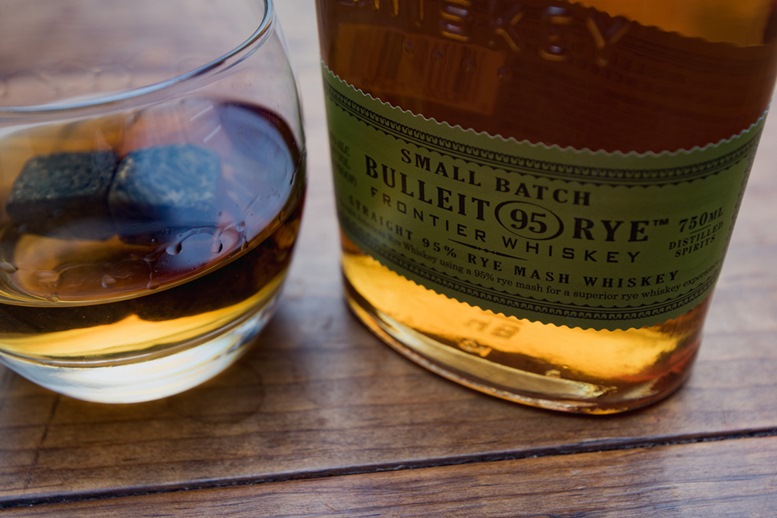 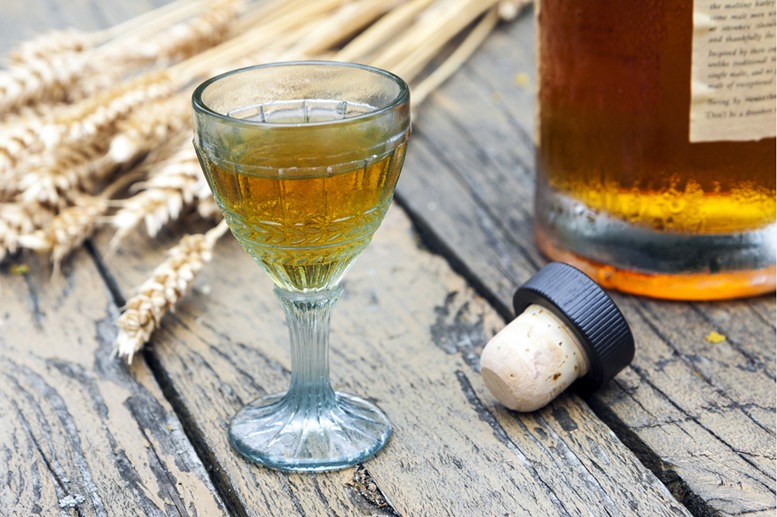 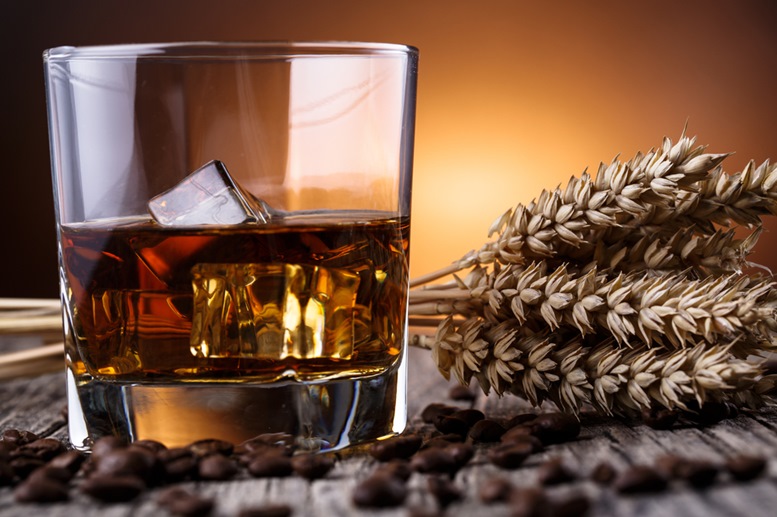 Our Top 2 Recommendation for Rye Whiskey 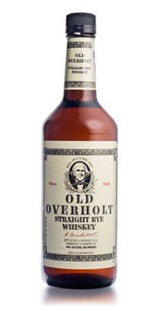 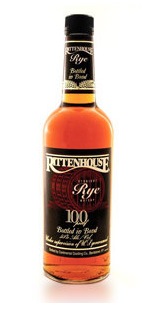 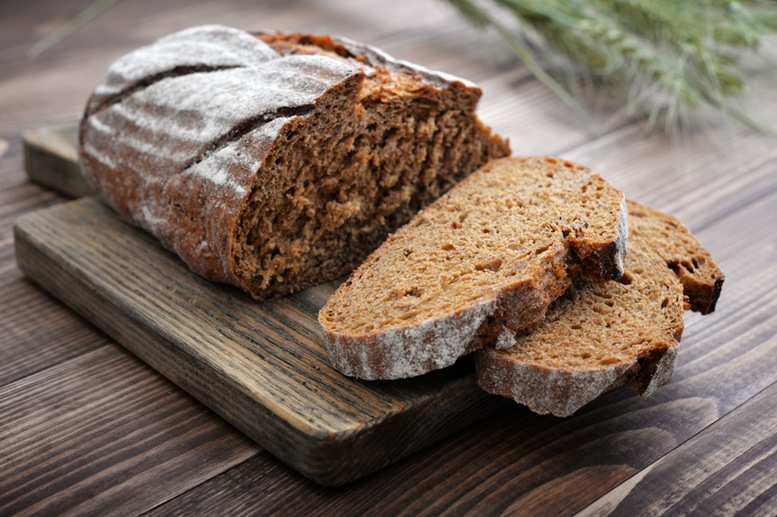 For every 100 g of rye grains, you will get the following macro- and micro-nutrients: 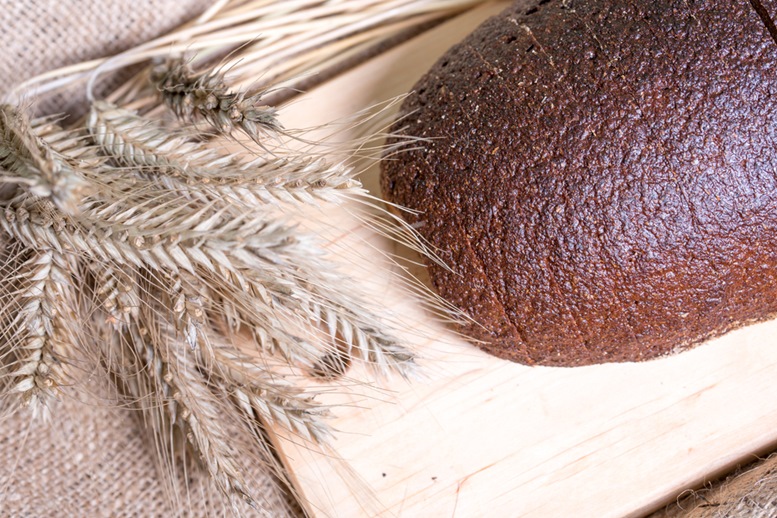 Rye is one of the most recently domesticated cereal crops in human history. It was not cultivated until around 400 B.C. Rye cultivation might start in northern Europe, where it is still very popular nowadays. It is thought to have originated from a wild species that grew in the field of wheat and barley. Rye is cultivated in areas that are generally not suitable for other cereal crops because it is extremely winter hardy and can grow in sandy soils with low fertility.

Until today, rye is still a minor cereal in terms of its amount of total production, which accounts for only 0.7% of total cereal grain crop. The annual production of rye is about 14.8 million tons, most of which is produced in the northern part of the region from the Nordic Sea to the Ural Mountains.About 80% of the world’s rye production in five countries: Russia, Poland, Germany, Belarus, and Ukraine.

About 1/3 of the total rye crop is used for food and rest is used as feed. Rye is in addition to wheat as the major bread grains in northern Europe. The consumption of rye in the ‘Rye Belt’ countries, including Russia, Poland, Germany, Belarus and Ukraine, is in the range of 10-30 kg per person per year. The global consumption of rye is only about 1 kg per person per year, which is in contrast to about 70 kg for wheat. The majority of rye production is consumed locally. The main exporters for rye are Canada and European countries such as Germany and Poland. 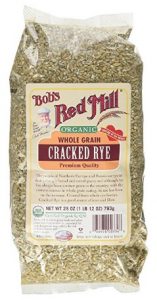 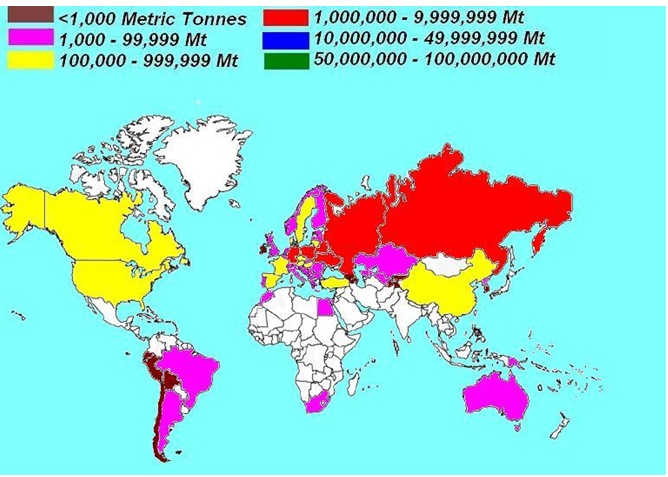 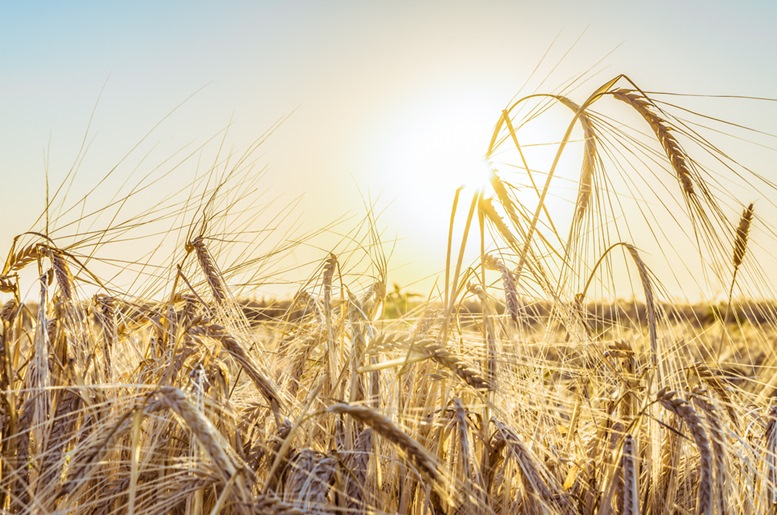