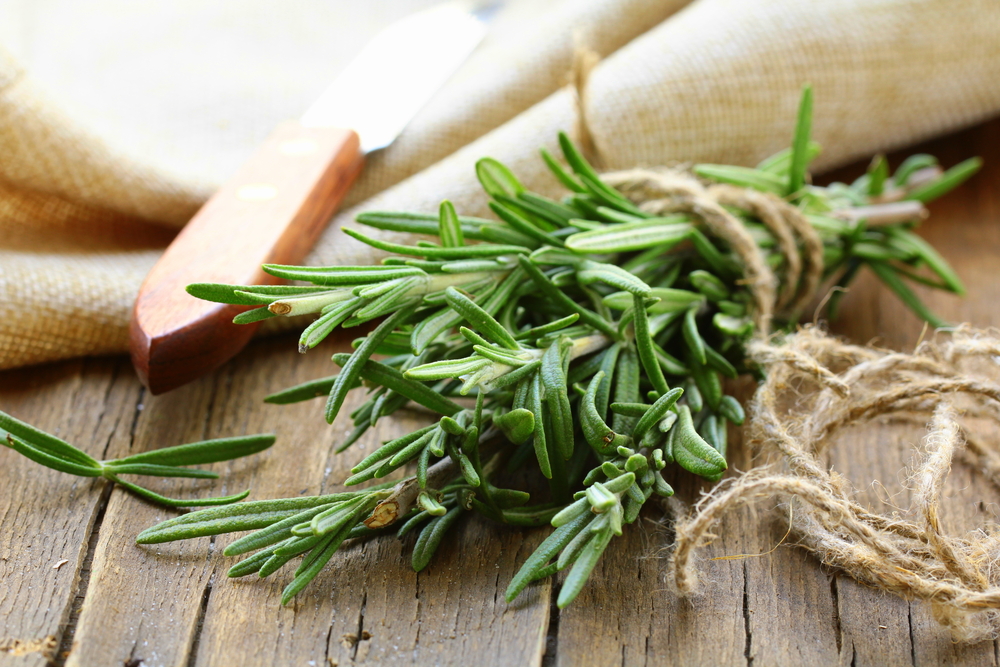 Rosemary, scientifically referred to as Rosmarinus officinalis, is a woody herb that is native to the Mediterranean region. Its fragrant, evergreen leaves are used either fresh or dried in many dishes all over the world, mainly for stuffing and roasting vegetables and meats. It also provides plenty of health benefits due to its high nutritional value – simply adding rosemary leaves to your dishes everyday can supply you with your daily nutritional needs. 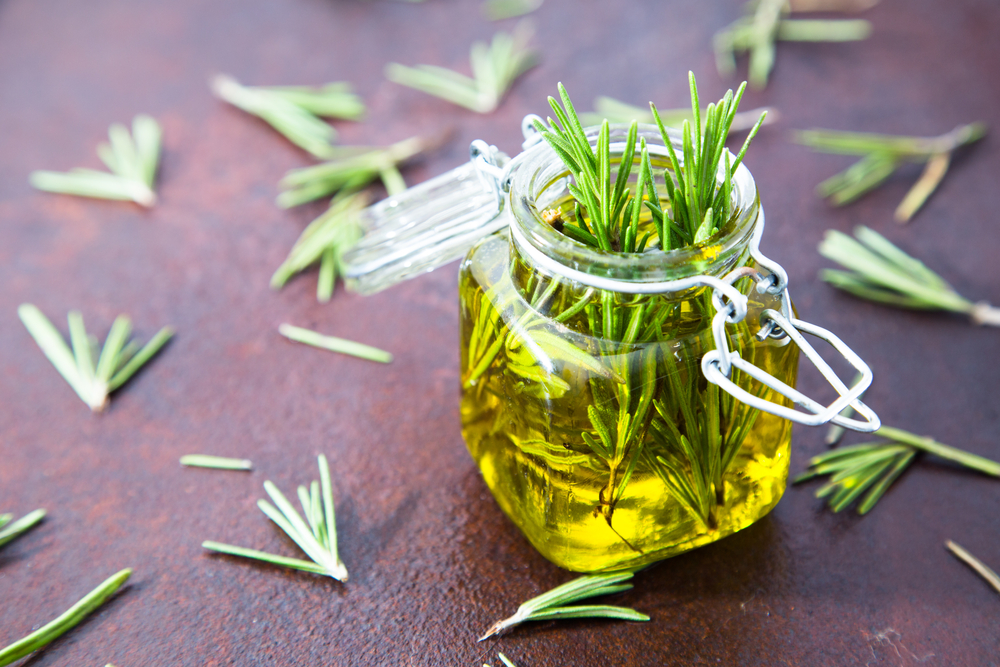 Throughout history, rosemary was used to symbolize numerous things and beliefs all over the world. This herb was associated with good memory in ancient Greece since scholars used to wear rosemary wreaths during examinations to help them recall lessons better. It was also worn during weddings and was added to the couple’s wine to help them remember their vows to each other. We now know that this is because of the relaxing scent from the rosemary essential oils that relaxes the mind and provides a calm feeling.

During the plague in the 1600s, the people sniffed rosemary sprigs to prevent them from being contaminated, which they carried with them in pouches, folded in between handkerchiefs, or placed inside hats. The people also burned rosemary in sick chambers to cleanse and purify the air, since it has a fragrant scent and antiseptic properties.

Today, rosemary is used in cooking delicious dishes as much as it is used in medicine. The essential oils that are extracted from the flowers and leaves are used in perfumes, air fresheners, and hygiene products. It is also used in making salves and ointments to treat numerous illnesses.

For every 100 grams (2/3 cup) of dried rosemary leaves, you will get the following nutrients:

The flower of this herb is rich in rosmarinic acid and antioxidants that effectively kill fungal infections and prevent them from growing back. If left untreated, fungal infections can spread to the internal organs and become deadly. Treating fungal infections with rosemary oil while it is still benign can prevent it from becoming worse.

Rosemary contains analgesic properties that relieve headaches and pain caused by migraine. To do this, you may either inhale or diffuse its aroma, apply the oils on your temples, or take rosemary orally. The relaxing scent will also induce better sleep, which will hasten the healing and reduce stress.

This herb promotes proper digestion and nutrient absorption of the gastrointestinal tract through its abundance in dietary fiber and minerals. It also soothes constipation, diarrhea, indigestion, and gas through its antibacterial and anti-inflammatory properties.

Vitamin C, which is found in rosemary, is responsible for fighting infections and maintaining the health of organs, bones, blood vessels, and skin. Adding rosemary to your food or taking rosemary supplements will provide you with your daily dose of vitamin C that is needed to strengthen the immune system and improve its disease-fighting abilities.

Iron deficiency can cause plenty of health complications, including anemia. Rosemary is an excellent source of iron which helps produce more hemoglobin and promotes proper oxygenation of the body’s organs.

Rosemary is good for pregnant women when consumed in small amounts that are normally used for cooking. It contains folate, a nutrient that is important in the proper development of the fetus’s nervous system. It also has the essential B-vitamins such as riboflavin, niacin, and thiamin which are also needed for normal nervous system function.

This herb contains a fair amount of vitamin A that improves the eyesight, helps maintain a healthy skin and mucosa, and protects the body from lung and oral cavity cancers.

Free radicals are one of the main culprits of deadly diseases, but you can prevent the build-up of these harmful toxins in your body by adding rosemary leaves into your dishes regularly. The vitamin C and antioxidants in this herb are known to expel the free radicals that can cause cancer.

Unlike some commercial mouthwashes that simply get rid of the bad odor because of the fragrance, the antibacterial properties of rosemary kill the bacteria that cause the icky breath in the first place. Steeping rosemary leaves and gargling them every night will definitely freshen your breath.

Since it is rich in antioxidants, rosemary also helps in detoxifying the liver and stimulating bile flow in the digestive tract.This helps in the proper metabolism of fat and the prevention of diseases such as diabetes.

Potential Side Effects of Rosemary

Rosemary is safe when consumed in amounts that are normally used in food. It is also safe when taken orally as a medicine, applied topically on the skin, or inhaled as an aromatherapy. 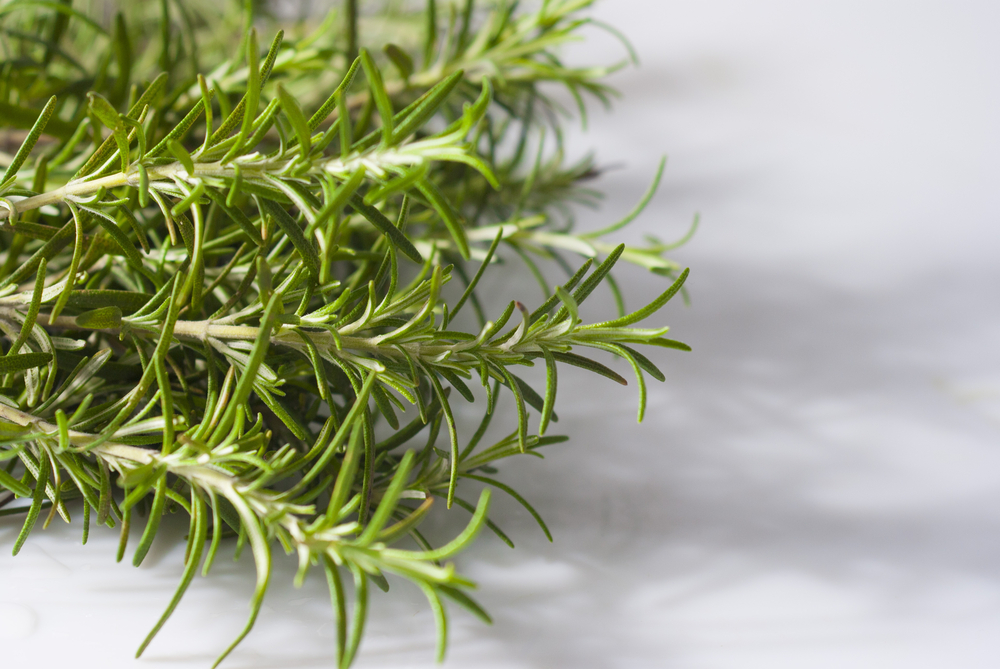