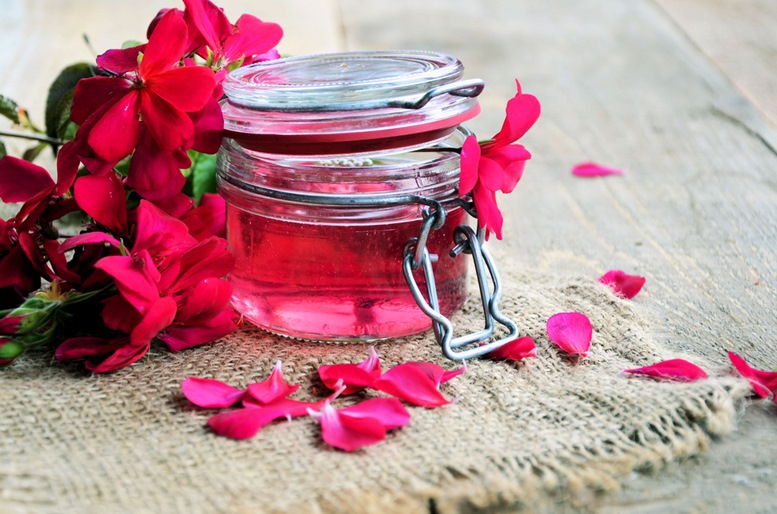 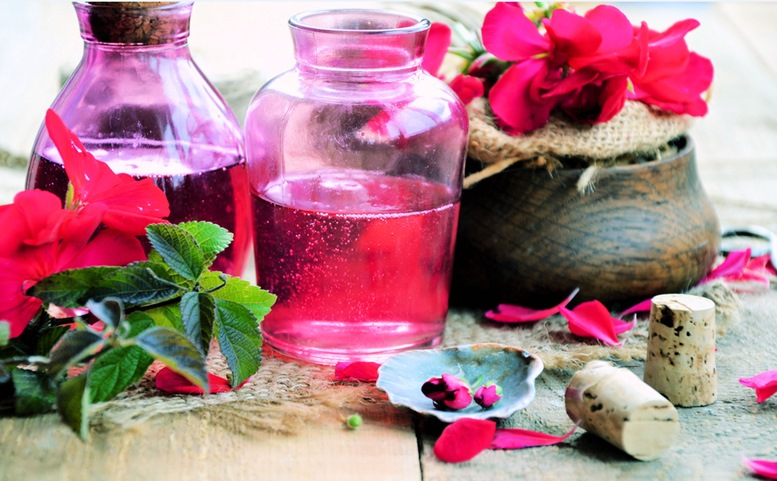 Names of different plants and their essential oils can be confusing at times. Take rose geranium, for instance. If not confused with rose, it is sometimes confused with geranium. For the record, though, rose geranium is not related to the rose plant, although the latter has medicinal properties, too. However, rose geranium actually has a cousin that’s also called geranium in some parts of the world. Perhaps the cause for the confusion is that most commercial vendors often list Pelargonium graveolens, one of the major sources of rose geranium essential oils, as a main ingredient even if it’s not the case. So, to make things clear, in this article, every time we refer to rose geranium, we’re actually referring to Pelargonium graveolens. But, before we go any further, let’s go over the background of this amazing botanical.

A Quick Background On Pelargonium Graveolens 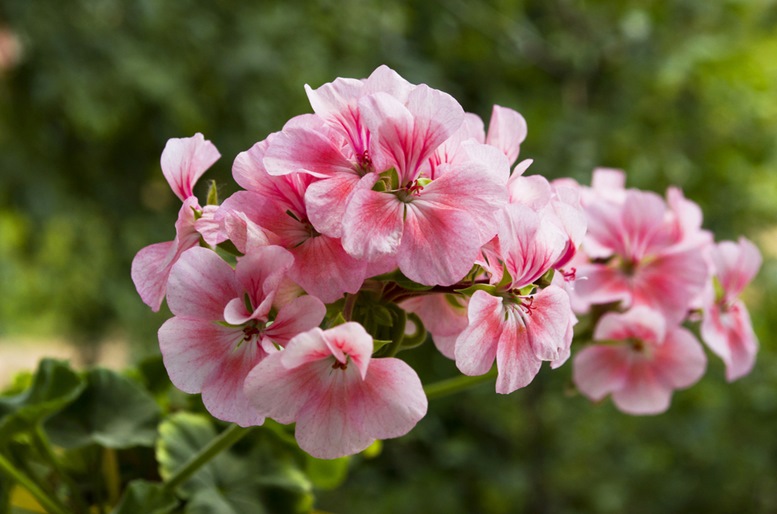 Pelargonium graveolens is the binomial name given to rose geranium. It’s not a very common Pelargonium specie and is native to South Africa, particularly the Northern Provinces and the Cape Provinces. It belongs to the Geraniaceae family and its name is derived from the Greek word pelargos, which means “stork.” This is the reason that Pelargonium plants are often called storksbill or stork’s bill. The leaves of the plant are rose-scented, thus, the name rose geranium. It is believed that rose geranium was introduced to European countries in the 17th century. Not long after, it has gained popularity in Spain, Italy, France, and nearby countries. At one time, the varieties of this plant went over 250. They were taken as far as Holland to be cultivated for specific qualities. In Europe, they were used for perfumes due to their strong scent. Today, the plant has started to gain popularity again, thanks to the health benefits of its essential oil.

Just like most herbal plants, rose geranium is edible and has long been used as flavoring in vinegars, jellies, and desserts. Its flowers can also be added to salad. Its fresh leaves, too, can be brewed into a tea. It’s really not a surprise that this plant should have a place in the culinary world, although there are some who view flavoring with rose geranium as folklore. Still, the plant is undeniably intensely fragrant that standing in a patch full of such flowers just tempts you to eat one of them. In fact, both the flowers and leaves of rose geraniums are used in sweet applications. The flowers, in particular, are often used to make icing, cakes, ice cream, jam, jelly, and even liquor. Its leaves, on the other hand, can be used to infuse flavor into jellies, simply syrups, vinegars, teas, sugars, and baked goods. Oftentimes, the leaves are stored in the refrigerator for up to two weeks to preserve the fragrance. 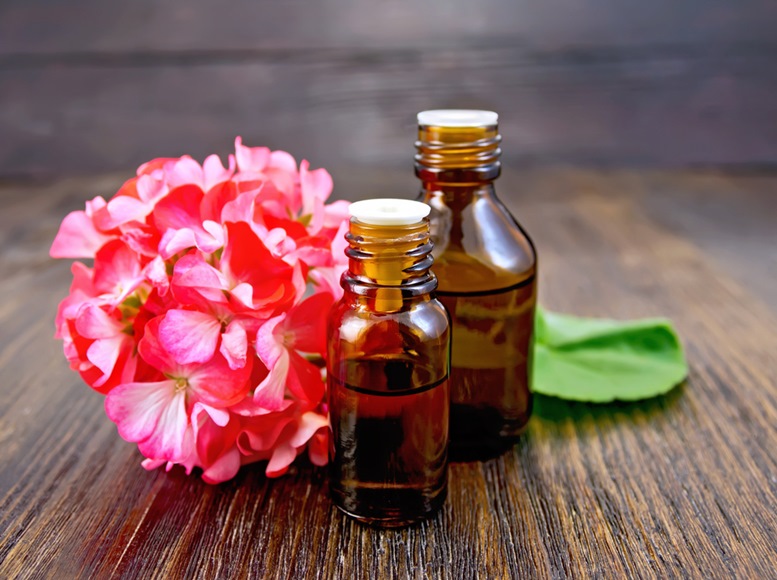 Rose geranium is highly valued for its essential oil. The oil, which is yellowish-green in color, is usually obtained through steam distillation of the leaves and stalks of the plant. Among its components include the following:

What makes rose geranium EO really popular is their anti-inflammatory property. In fact, a study shows that it has a significant potential for the development of anti-inflammatory drugs. Meanwhile, here are several ways you can use this substance for your health at home.

There are plenty of herbs you can find at home that could help treat wounds and promote healing, and one of them is rose geranium. Its essential oil is especially potent in killing bacteria and microbes and preventing them from causing further infection. It has vulnerary properties and can speed up the healing process of cuts and wounds, as well as incisions from surgeries. Never apply rose geranium oil directly to your wound, though, but always use a carrier oil with it. Moreover, make sure you wash your wound first and let it dry before treating it with essential oil.

Rose geranium is one of those botanicals with a very uplifting and pleasing aroma. Its scent can be compared to that of mint and a combination of other floral. That alone should make it obvious how effective it would be for a deodorant. Furthermore, its scent is so strong that it could last for a very long time. What makes this plant effective in eliminating body odor, however, is its antibacterial property. What makes it even unique is that its fragrance is not released in exhalation, but exits the body during perspiration. This means that the more you sweat, the more its fragrance becomes evident.

The aromatic molecules of rose geranium are very effective in treating automatic nervous system imbalance and are therefore helpful for reducing stress. A study in Taiwan involving school teachers has also proven this. Rose geranium essential oil, along with essential oils of other botanicals, were used in aromatherapy and massage, and have been found effective in not only lowering stress levels, but also in lowering menopausal symptoms such as pain, depression, and hot flushes. Whether used in a diffuser, a bath, a massage, or in a potpourri, the harmonizing effect of rose geranium EO on the central nervous system can really lift up the spirits, and alleviate stress and anxiety. Moreover, this oil has been shown to activate microglial cells, integral cells that fight against Alzheimer’s and dementia, as well as other neuro-degenerative diseases.

Being a homeostatic agent, rose geranium can help stop blood clotting among women during menstruation. This also makes it effective in preventing toxins from entering the bloodstreams through unclotted wounds. Moreover, it helps enhance circulation and has significant effects on the functions of the spleen and the liver, aiding in blocked menstruation, hot flashes, mood swings, and PMS in women in their menopausal stage.

Using rose geranium EO is actually a great way to save money when treating acne and other skin problems. A lot of people spend dollars on commercial cosmetic products not knowing they can rely on a less expensive treatment. Rose geranium is a powerful cicatrizant, which means it can help reduce the appearance of scars and spots on the skin. It also facilitates blood circulation underneath the skin and can help promote a balanced distribution of melanin. Moreover, mixing a few drops of rose geranium oil to your favorite lotion or skin care cream will help control the excess secretion of sebum that’s responsible for oily skin. This leaves skin that’s naturally balanced, supple, and healthy.

Rose geranium is considered by many as an athlete’s friend. It’s actually used in many health supplements, especially the ones for bodybuilding and athletic performance. It’s also popular as a weight loss supplement. This is mainly due to the dimethyl amyl amine content of the plant, which supplement manufacturers claim to be a powerful stimulant. While there is not much evidence to the ability of the plant to promote weight loss, it is used mainly by athletes to relieve muscular tension. When mixed with a carrier oil such as lavender oil and vitamin E and almond oil, it could offer a very relaxing effect to both the mind and the body.

Speaking of athletes, another important way you can use rose geranium oil is for treating athlete’s foot. Since it has strong anti fungal properties, it is suitable and efficient in treating a number of fungal conditions such as jock itch. The best way to use this oil for athlete’s foot, jock itch, and other similar conditions is to mix the oil with a carrier oil of your choice and massage it directly on the affected area a few times a day. You can also make a soothing footbath by adding four to five drops of the oil to hot water.

Rose geranium is considered a very strong diuretic, which means it promotes urination. Urination is one of the ways the human body excretes toxins, along with excretion and perspiration. Every time you urinate, you area actually getting rid of toxins such as uric acid, urea, bile salts, heavy metals, pollutants, sugar, and other synthetic substances. Urinating is also the body’s way of preventing formation of gas in the intestines, and is also a great way to reduce blood pressure, since it helps eliminate sodium as well.

Aside from the health benefits mentioned above, another use of rose geranium oil is as a tonic. It helps tone up the overall health with its medicinal properties and can make the systems of the body function properly. To put it simply, using this oil will help promote the normal secretion of hormones, bile, acids, and enzymes that are all critical in maintain the immune system, as well as keeping the respiratory, circulatory, nervous, digestive, and excretory systems of the body on top condition.

What’s The Best Way To Use Rose Geranium Oil? 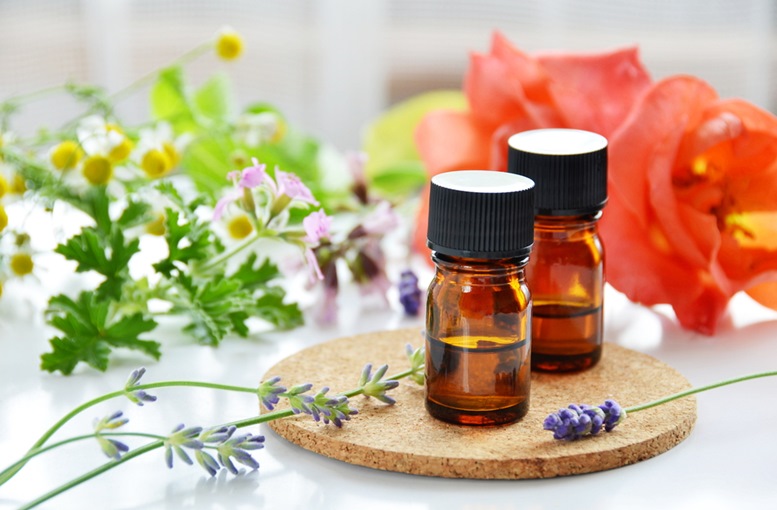 Just like any other essential oils, rose geranium oil can be utilized in a number of different ways. This depends, of course, on the kind of condition or ailment you wish to treat with it.

Who Can Use Rose Geranium Oil? 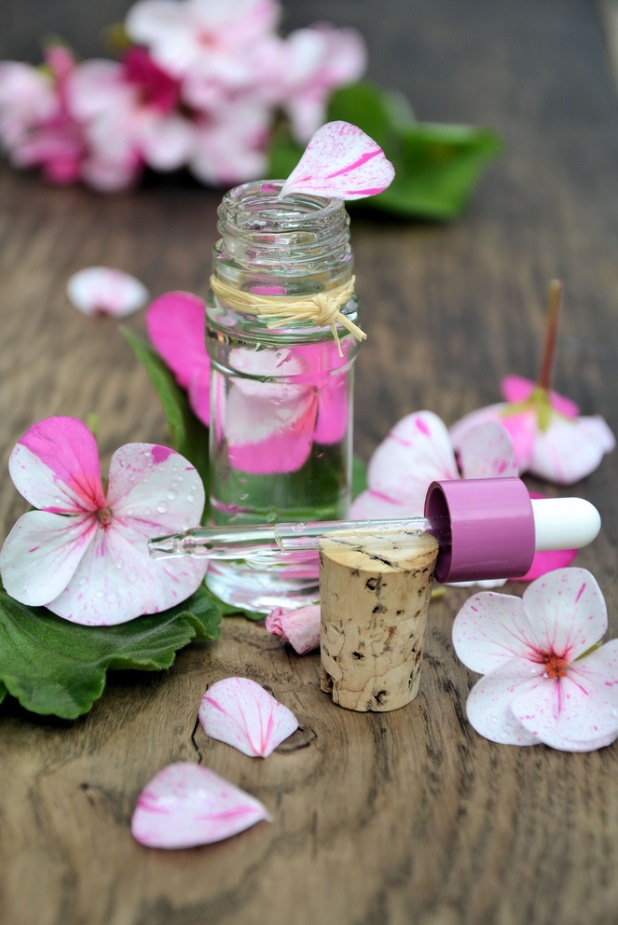 Rose geranium oil is generally safe for everybody, except children and pregnant women. Since it can influence the secretion of certain hormones, it is not recommended for women who are pregnant or are breastfeeding. This substance is usually applied topically and is safe when used in moderate amounts. There are instances, though, that it can result to rashes or burning sensations, so if you believe you have some form of allergy, it would be safe not to use this oil at all. It’s also important to always blend rose geranium oil with other oils when using it either topically or orally. It blends best with bergamot, basil, lavandin, cedar wood, citronella, lavender, carrot seed, angelica, neroli, orange, lemon, grapefruit, rosemary, and jasmine oil. Finally, since the effects of ingesting the oil in large amounts is still unknown, it’s better to stick to food amounts when taking it orally. 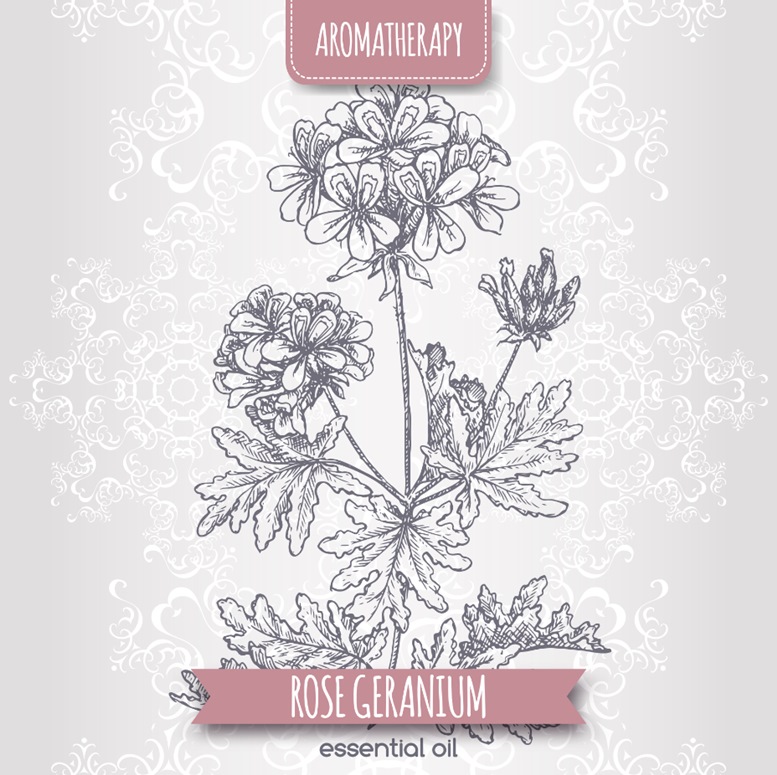