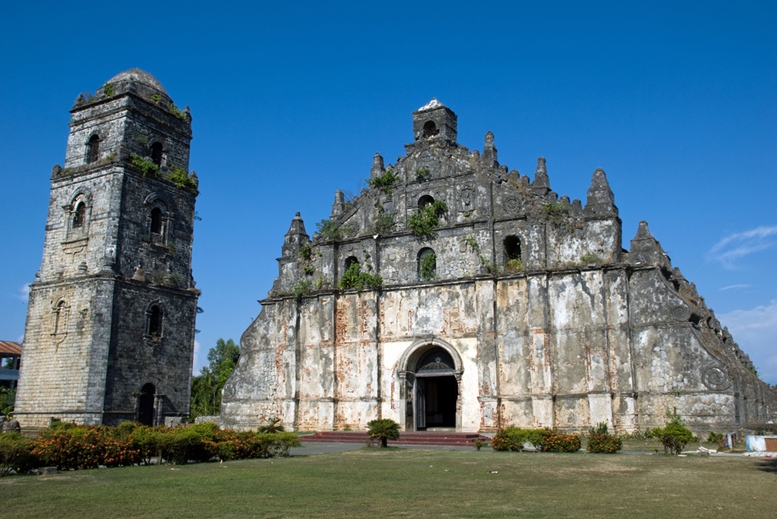 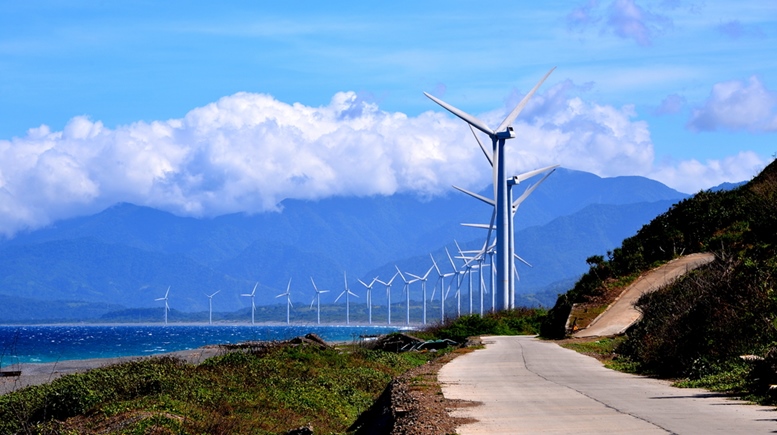 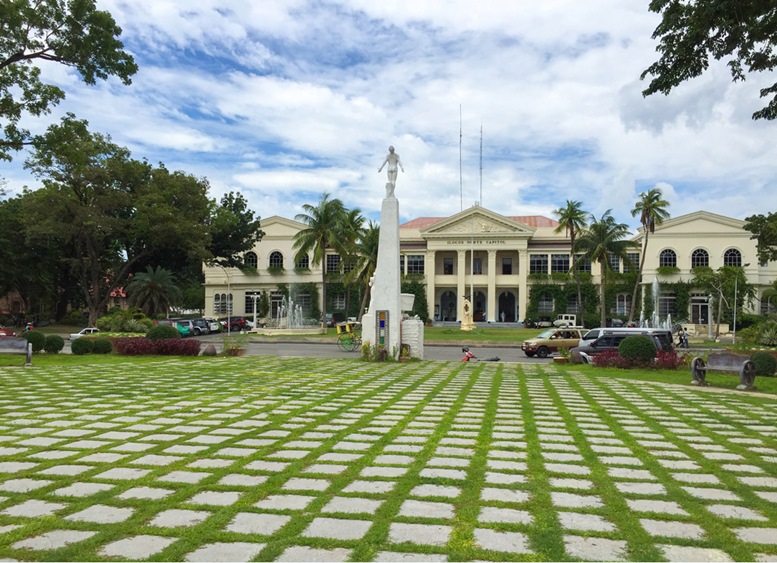 In the northern region of Luzon in the Philippines is the diversified canton of Ilocos Norte, a vintage province that attracts several rovers and itinerants. Ilocos Norte offers exquisite local cuisines and a cluster of beautiful tourist destinations that may just complete your holiday itinerary. Ilocos Norte is a province of Ilocos; its capital is the Laoag City.

Ilocos Norte is one of the places you should visit in the Philippines. As you wander the beautiful province, you will get insights of the Philippine history and culture and appreciate the majestic natural wonders. In this post, we will give you the list of the top 10 best places in Ilocos Norte.

If Uncle Ben has White House, Juan Dela Cruz has Malacañang Palace – the residence and workplace of the Philippine President that is located in Manila. However, the palace is not only in the heart of Manila but is also present in Ilocos Norte. It is famed as the Malacañang of the North. It was initially built as a rest house of the Former President Ferdinand Marcos and his family. Now, the mansion has become a welcoming museum that is open to the public. Inside the luxurious house are cavernous and antique furniture, hardwood flooring, and capiz-shell windows creating a musty smell that will awaken your nostalgia of the past. 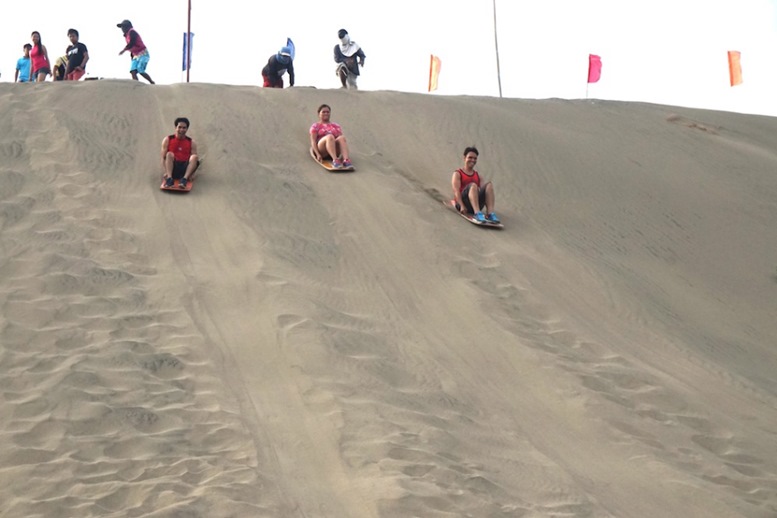 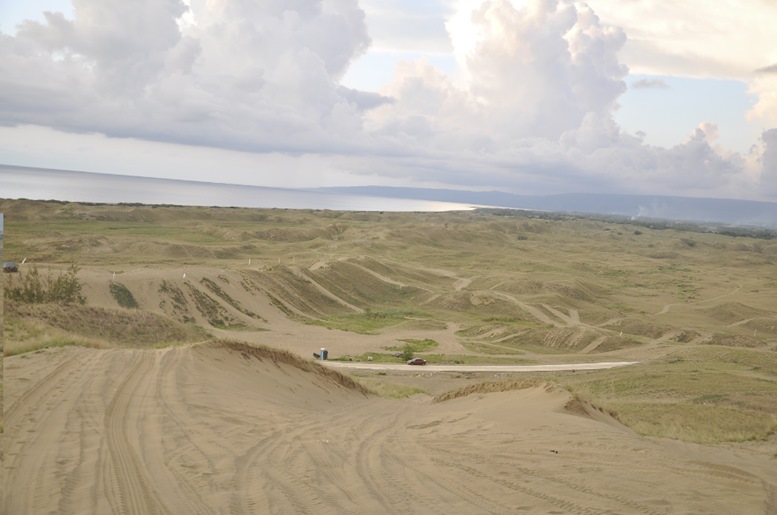 An ocean of fine brown sand, La Paz Sand Dunes is a place that should be included in your itinerary. Despite growing urbanization of Laoag, the city still brags natural wonders and travel destinations. A land coated with brown sand and strong windy air, La Paz Sand Dunes offer not only a picturesque backdrop but also fun activities such as Sand Boarding and ATVs. Surf without getting wet and namby-pamby, and drive crazy with 4×4. La Paz Sand Dunes will tickle the bliss out of you. 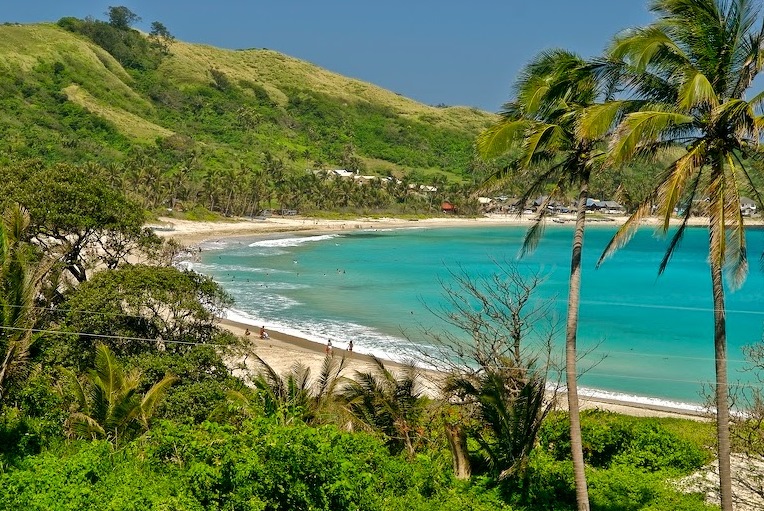 Pagudpud is blessed with beautiful coastlines and azure blue beaches. In fact, the place is one of the best beach destination in Luzon. And there’s no questioning why. The Blue Lagoon in Pagudpud is the place where you can get the best out of your summer escapade. The site is perfectly astonishing for those who want the ambiance of the windy beach without the noise of beachgoers. The fine white sand will massage your sole. For couples who want to have a romantic walk on the shore, Blue Lagoon will offer you not just romance but also splendor moments.

The huge and towering windmills will indeed make an excellent background for selfies and photographs. The Bangui’s Windmill in Pagudpud, Ilocos Norte will blow your hair and caress your face with relaxing breeze. The lofty windmills are meant to be a new source of energy. In fact, it is the first “Wind Farm” in the country, and the massive turbines that face the South China Sea are considered to be the biggest in the Southeast Asia. A few meter away from the giant fans is the rough cobalt blue sea that enrages wind and gale. (I’m calling for my co-asthmatic networks, the Bangui’s Windmill is one of the best places to actually breath good and fresh air). 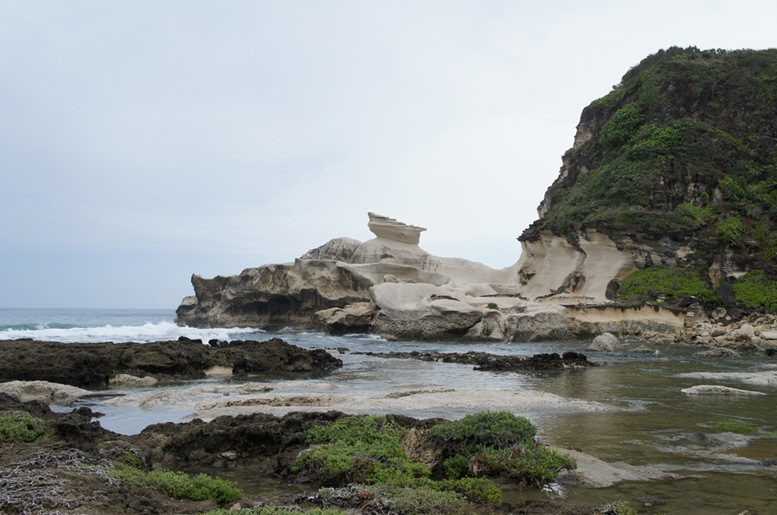 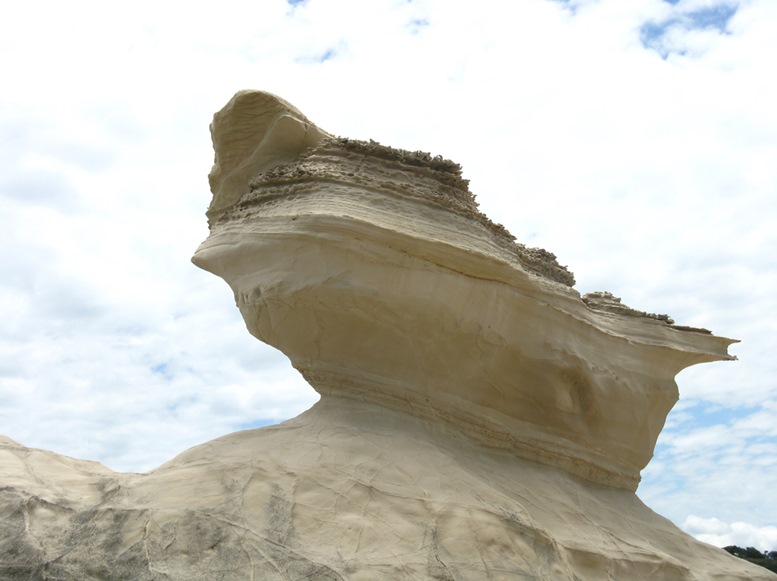 A paradise of spectacular rock formation, the Kapurpurawan Rock Formation in Ilocos Norte is one of the frequented sites by travelers and vacationers. The magnificent rock formations designed by age and nature will surely jam-pack your phone and camera with snaps and edgy shots. To reach this geological wonder, you have to follow the trail of sand and pebbles (that will take approximately 15 to 20 minutes). If you’d ever wander here, please wear comfortable footwear. You’re welcome. 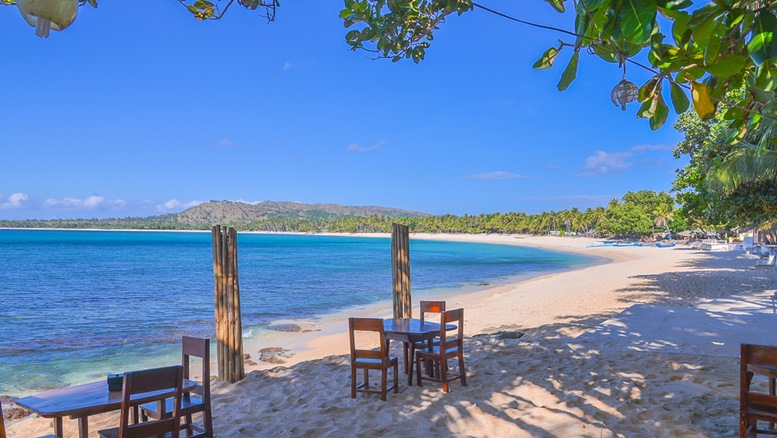 Pagudpud is a littoral resort town of Ilocos Norte, and the beaches clearly explain why. Pagudpud is patronized by beach buffs and summer-tan yuppies. Some of the best resorts to visit in Pagudpud are Punta Azul Beach Resort, Saud Beach Resort, and Kingfisher Beach Resort. Each resort offers unique structure and accommodation, but one thing I know they share best: scenic view of the horizon and the charmingly breathtaking sight of the blue sea.

The Kingfisher Resort offers fun (and extreme) sports activities such as Kite and Windsurfing. For budget travelers who want a cheaply luxurious vacation, check this site. 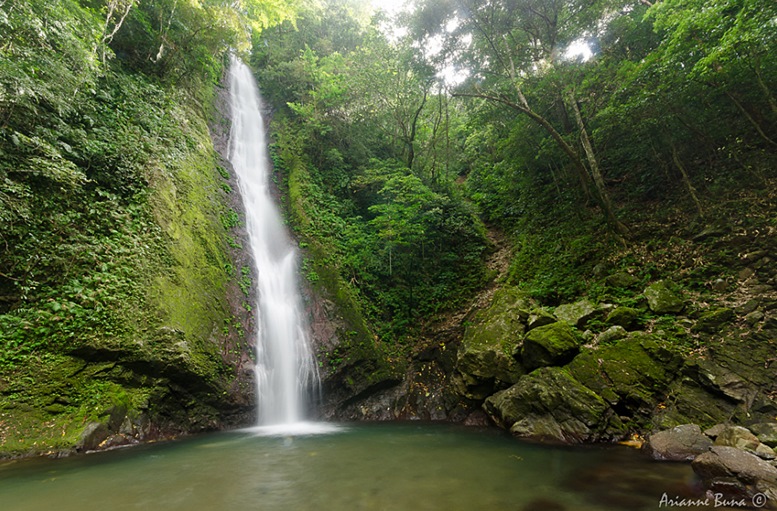 Kabigan Falls is derived from the Filipino word Kaibigan, which means “friend.” And it was believed that the waterfall and the river are “[close] friends.” Kabigan Falls is a kilometer away from the city proper. To reach the waterfall, you have to trek the trail for 30 minutes. Sounds scary? Not necessarily. While trekking, you will have a panoramic view of the green and gold rice fields, grassy hills, and steep terrains. And sure that is very tiring, but there is a reward that’s waiting – the cold splash of the waterfall. 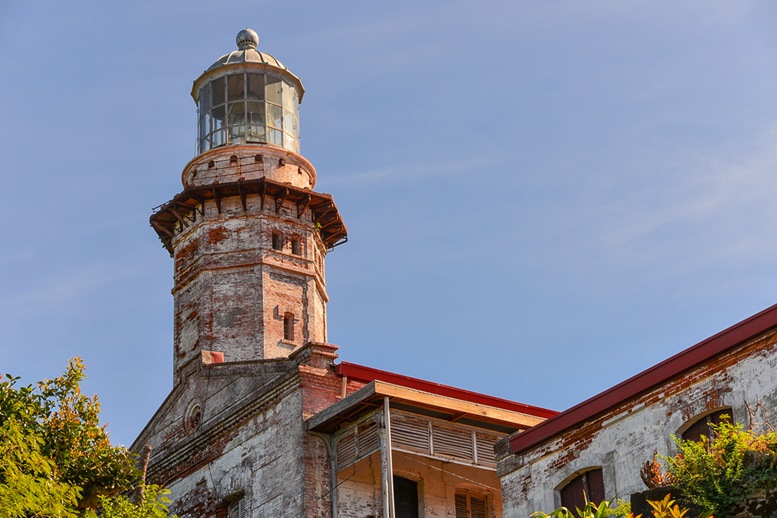 Popularly known as the Burgos Lighthouse, the Cape Bojeador Lighthouse is a famed cultural heritage that withstood natural chaos since its foundation in the Spanish Colonial period. The lighthouse was projected by the Spaniards so as to give luminance to the archipelago. And up to this day, the lighthouse still lights and is still a useful beacon for seafarers. The old-bricked edifice is now a tourist spot since 2004 as declared by the National Historical Landmark. So, have your obligatory jump shot in the scenic and nostalgic lighthouse. 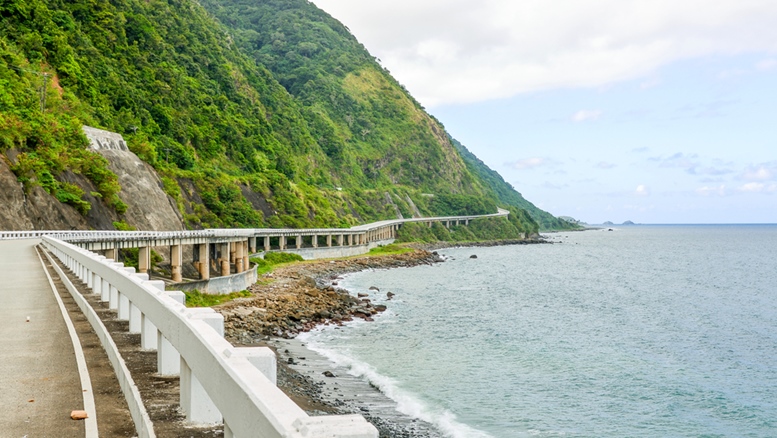 Patapat Bridge is a snaky viaduct popular because of the scenic and overwhelming sight of the coast. The huge concrete rocks and the dancing ocean promenading the robust foundation of the bridge are the things travelers love photographing. Not to mention, the relaxing and refreshing flavor of the cold summer wind that prudently touches the face. A viaduct that contours the green mountain, the Patapat Bridge is considered as the 4th longest bridge in the country. The bridge faces the Pasaleng Bay. 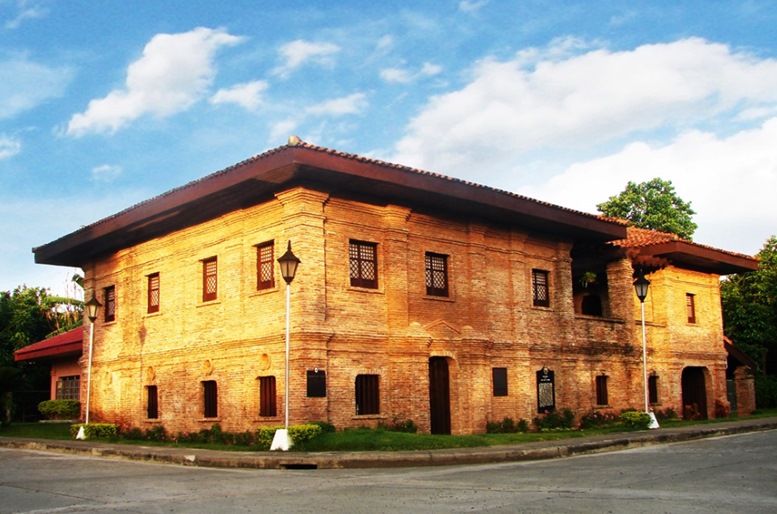 Juan Luna is one of the treasured heroes of the Philippines, who died fighting for the independence of his fellow natives. He is also a popular artist known for his iconic and famous Spoliarium. As a tribute to his brave heart, his home was maintained and renovated so as to mimic its original structure. The clay brick house with the touch of Molave attracts adventurers and nomads. The shrine is open to the public. Students are most welcomed in the facility. The two-story museum is for everyone – it’s free!

Ilocos Norte offers a pack of natural wonders, regal beaches, fun activities, popular landmarks, and historic sites that will satisfy every traveler. The best time to visit Ilocos Norte would be summer. Say, February to May. The Rainy season usually starts from June onwards. And visiting the place in an unfriendly weather may just ruin everything. So, better check the weather updates before bragging your #offtoilocosnorte post. 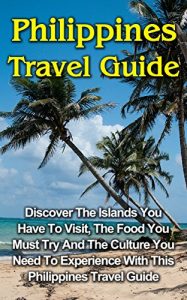 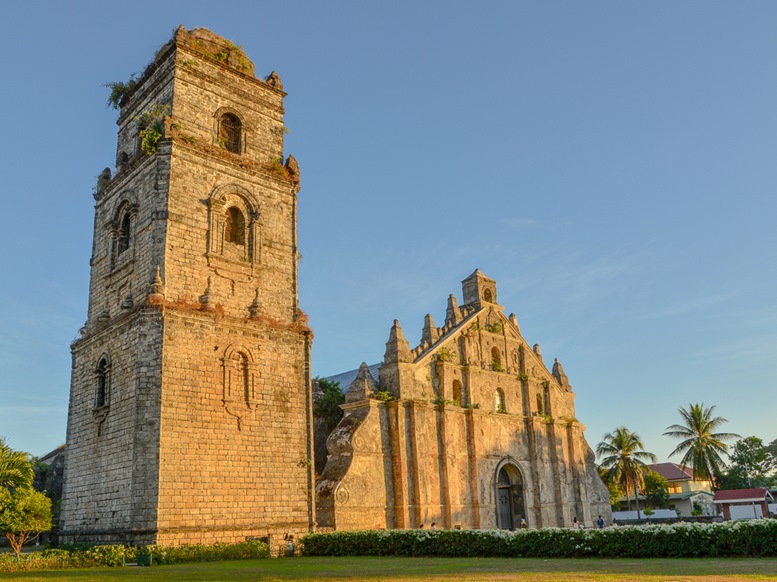 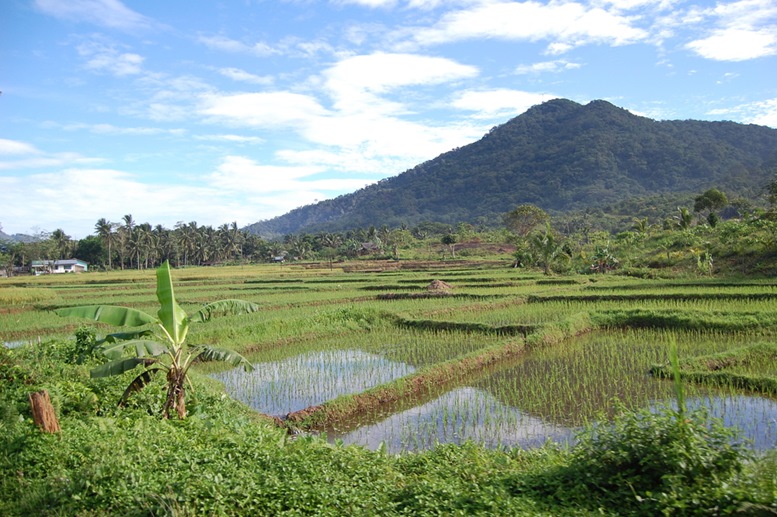 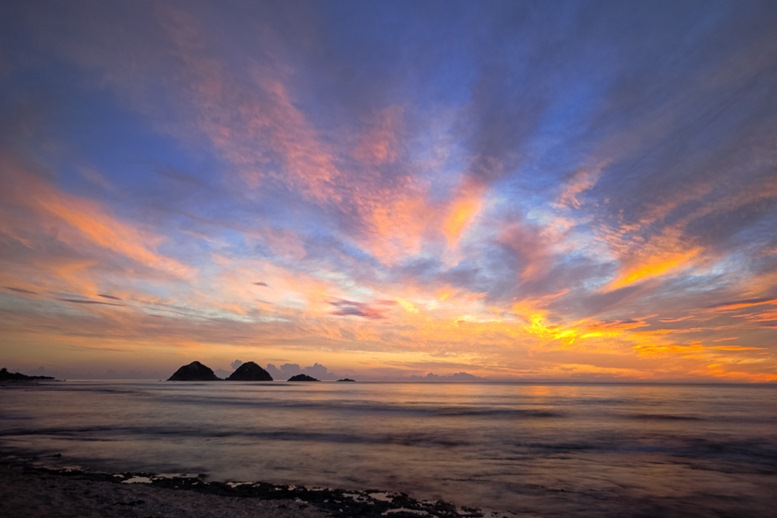 Relaxing sunset at the coast of Pagudpud, Ilocos Norte, Philippines. Thanks for reading this article, we hope you’ll have a wonderful time at Ilocos Norte.