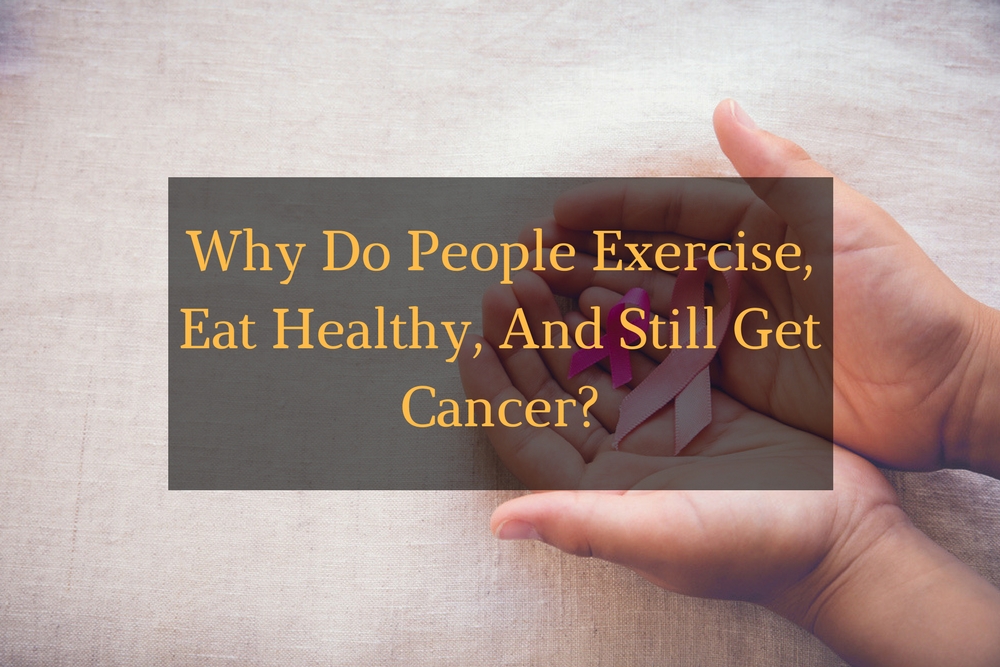 The big “C” as it is referred to by many, cancer can be a mysterious disease at times. We’re all told that if we ate a certain way and exercised regularly, we won’t acquire this fearsome illness. But, how come some people get it and some don’t? Let me rephrase that question. How come some people, despite doing their best to live a healthy lifestyle, exercising regularly, and avoiding all types of so-called cancer-causing foods, still get cancer? There are even some people who eat nothing, but fruits and vegetables and still acquire it. In short, why do healthy people get cancer?

The truth is, scientists are still trying to understand what exactly causes cancer. There are just so many variables out there that there is not a single explanation. However, we know that there are triggers that are known to lead to this sickness. Your gender, age, and family history may determine whether you have a high risk for getting cancer. These are uncontrollable factors, but there are also factors that you can control, such as your lifestyle choices and health habits. Smoking and alcohol consumption, for instance, are known to increase a person’s chance of acquiring cancer. Let’s take a look at some of these factors and how they affect your risk for this illness that seems to be pretty unpredictable.

Cancer is no respecter of person. It can happen to anyone. In 2014, it has been estimated that more than 15,000 children and teens ages 0 to 19 would be diagnosed with cancer and that nearly 2,000 would die of the disease. And this was in the United States alone. However, more than 75 percent of cancer diagnosis occurs in individuals who are 55 years old and above. That means that as you get older, your risk for acquiring it increases.

There are gender-specific types of cancer, of course, but statistics show that men have a higher risk for acquiring almost all types of cancer. For instance, in 2009, it was predicted that about 50,000 men would acquire bladder cancer, and only 18,000 women would. It was also predicted in that same year that esophageal cancer would affect about 13,000 men, but only about 3,000 women. This is backed up by statistics reported by National Cancer Institute, which says cancer mortality is higher among men than among women, affecting 207.9 every 100,000 men, but only 145.4 every 100,000 women. Aside from gender, race is also a factor. In the same report by the NCI, cancer has been found to be highest among African American men and lowest among Asian and Pacific Islander women.

There is no way you can control your age, gender, and race, and even your family history, but you sure can control your lifestyle choices. Unfortunately, almost half of cancer cases are highly linked to the patient’s lifestyle choices. About 45 percent of cancer among men and 40 percent among women are related to poor health choices. Alcohol consumption, tobacco use, and being overweight are all factors that trigger cancer. In addition to these, environmental and workplace factors also account for cancer among men and women. Individuals whose work exposes them to certain chemicals have a higher chance of acquiring cancer than those who work in office environments. In the UK, for instance, one in 25 cancer cases has been linked to work-related exposure to asbestos and cancer-causing chemicals.

Think of your immune system as the Great Wall of China of the human body. Its main purpose is to serve as the first line of defense against anything that could harm your system. When in excellent condition, it will work hard protecting your body from any type of sickness. When compromised due to some illness or poor lifestyle choices, however, it won’t be strong enough to protect you anymore. That leaves your body defenseless against even the initial stages of cancer. And then there’s the domino effect. As cancer enters your system, particularly the bone marrow, it further weakens your immune system, causing you to be more susceptible to other types of sickness. Treatment does this, too. The good news is that some cells of your immune system can recognize cancer cells and fight to destroy them. The key is to keep your immune system in top condition. This will keep your body strong and less susceptible to cancer.

Your Genes And Your Family History

Genetics is not the main cause for most cancer cases, and it actually only represents roughly 5 percent of diagnoses per year. Moreover, the process in which cells change during a person’s life and become cancer can be complex. However, there are certain types of cancer that run in families. Some of these are melanoma, breast cancer, prostate cancer, ovarian cancer, and colon cancer. If any of your family members have had cancer, it’s highly likely that you may develop that same type of cancer as well. In fact, the more relatives you have who have had related types of cancer, and the younger they were when they were diagnosed, the higher your risk becomes. On the contrary, if most of the members in your family who have had cancer acquired it when they were already over the age of 60, then it is less likely that it was caused by an inherited gene. Nevertheless, it’s always good to be aware of your family’s medical history, so you’ll know what the chances are that you’ll acquire the illness as well and find ways to adjust your lifestyle to lower your risks.

A couple of years ago, Science Magazine released a report that stated chance plays a huge role in activating cancer. According to the report, some tissue types increase cancers millions of times more often than others. It added that only one-third of the variation in the risk for cancer among tissues can be attributed to inherited predisposition and environmental factors, and that majority is actually caused by “bad luck.” This is due to random mutations occurring during the replication of DNA among normal stem cells. This can be proven by the fact that cancer affects both healthy and unhealthy people. It gets people who are seemingly fit and it gets people who are obese. It even gets little kids who have not developed any unhealthy habits at all and have hardly had exposure to the environment. Based on these facts, it would seem that there’s really nothing we could do to keep cancer at bay, but there’s actually good news.

Cancer is mercurial. It simply is unpredictable. It changes its mood whenever it wants and then does its thing to whomever it chooses. However, that doesn’t mean we can just live our lives the way we want and have a let’s-eat-and-drink-for-tomorrow-we-die kind of attitude. Statistics tells us that more than 30 percent of cancers in the UK alone are directly linked to patients’ diet, weight, and lifestyle choices. Some cancers are also caused by environmental and occupational choices made by the patients who have acquired it. This means that while cancer can be unpredictable, it can also be prevented through healthy lifestyle choices. To some degree, you can actually do something about it. For instance, exercising regularly, eating healthily, and staying away from smoke and alcohol can lower your chances of acquiring cancer, as well as other types of illness and disease. 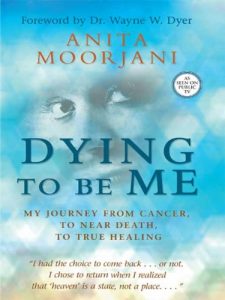 Dying to Be Me – My Journey from Cancer, to Near Death, to True Healing 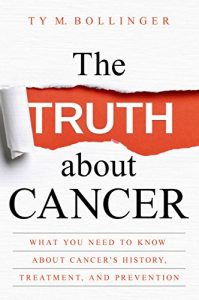 The Truth about Cancer