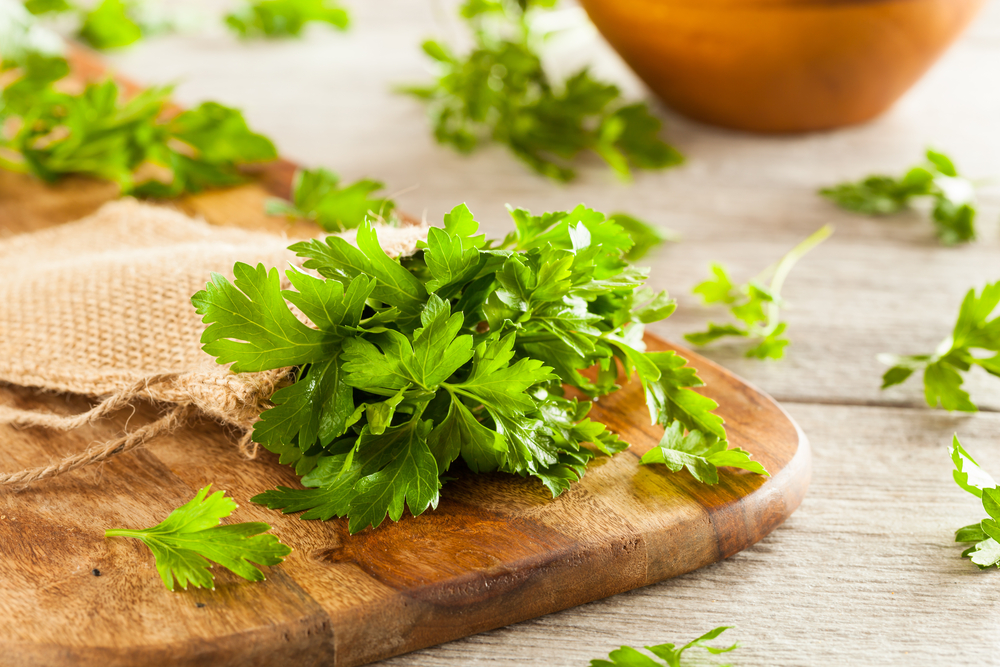 Native to the Mediterranean region, parsley is a biennial herb belonging to the genus Petroselinum in the family Apiaceae. It has bright green leaves that are used as a herb, spice, or vegetable especially in Mediterranean, European, and American countries.

More than just balancing the flavor of savory dishes, parsley also provides numerous health benefits and practical uses. Whether it is added fresh to cooked food, drank as a tea, or applied topically as an essential oil, this humble herb will do wonders for your well-being. 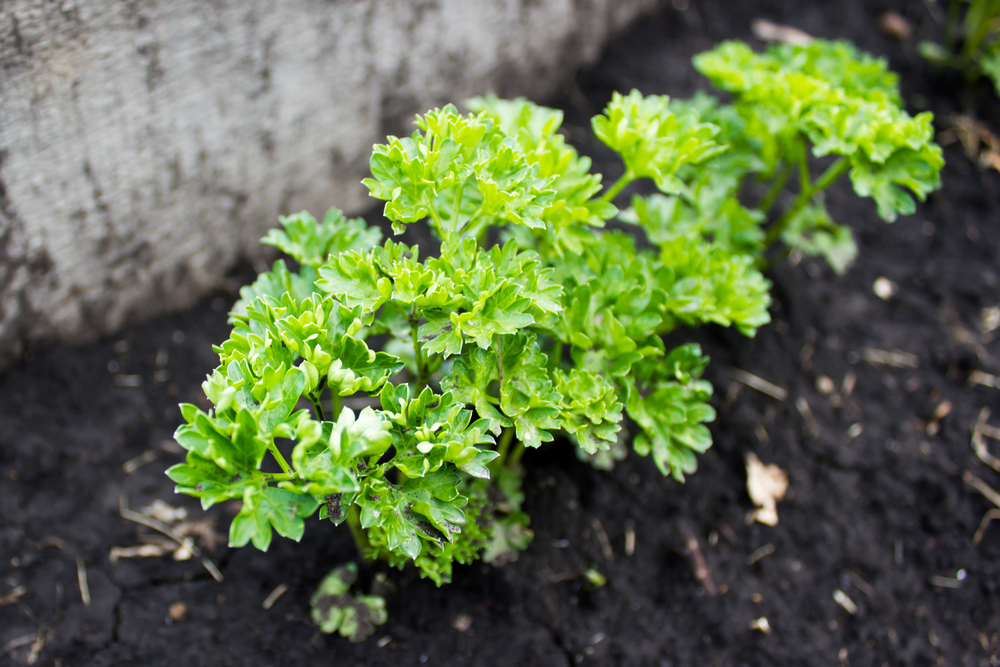 Growing Parsley Herb in a Garden

Parsley got its name from the Greek word petros which means‘stone’ since this herb was often found growing amid rocks. The Ancient Greeks made wreaths of parsley leaves because they believed that wearing one will prevent intoxication. In the Iliad, it was told that the Greeks fed their horses with parsley to make them run faster during races or battles. However, parsley was also associated with death – the saying ‘to be in need of parsley’ means to be terribly ill without being expected to survive, which was why it wasn’t usually served in dishes.

Like the Greeks, the Romans did not usually eat parsley but used it instead for other purposes which include feeding it to chariot horses and growing it around their gardens as a border. In Roman weddings, wreaths of parsley leaves are also given to the newlyweds to ward off evil spirits. It was also cultivated for its medicinal uses, such as a relief for dysmenorrhea, an antidote for poisons, and even as a treatment for baldness.

Its medicinal properties were harnessed even before it was used in cooking. Parsley is used frequently to garnish potato, rice, fish, chicken, goose, lamb, and steak dishes, as well as in stews and soups. It is also the main ingredient in Italian and English sauces, and in the popular Lebanese dish called tabbouleh.

For every 60 grams (1 cup) of fresh, raw parsley, you will get the following nutrients:

This herb is probably the richest source of vitamin K, an important nutrient needed in the formation and fortification of the bones and teeth. Vitamin K, along with calcium and phosphorus, promotes the synthesis of osteocalcin and reduces the risk of developing bone diseases such as osteoporosis.

Parsley contains eugenol, an essential oil that has been used for many years as a local anesthetic and antiseptic in the dental industry. It relieves toothaches and treats gum diseases because of its anti-inflammatory properties.

Most diseases are caused by the build-up of toxins in the body due to an unhealthy lifestyle and a polluted environment. Since parsley is rich in polyphenolic antioxidants such as apigenin, luteolin, and crisoeriol, adding it to your dishes can help in expelling harmful toxins and preventing deadly diseases.

Parsley is also an excellent source of vitamin A, lutein, and zeaxanthin – antioxidant vitamins that are essential in maintaining a healthy eyesight and preventing age-related macular degeneration (ARMD) and retinal damage due to UV exposure.

A cup of fresh, raw parsley contains 332 milligrams of potassium, an extremely important mineral that is needed in cell metabolism and found in bodily fluids. It helps regulate normal blood pressure and counters the negative effects of sodium.

The abundant B-vitamins (pantothenic acid, riboflavin, niacin, pyridoxine, and thiamine) in this herb helps boost the body’s metabolism by assisting in the breaking down of carbohydrates, proteins, and fats. This way, more nutrients are absorbed and used by the body.

Parsley is a good source of folate that is essential in the production of red blood cells and the development of a fetus’s nervous system. Low levels of folate in the body could lead to folate-deficiency anemia in adults and neural tube defects in babies.

The essential oils extracted from the parsley leaves stimulates the production of gastric juices, helping the stomach digest the food and absorb the nutrients better. It also provides relief for gastrointestinal problems such as constipation, gas, irregular bowel movement, and indigestion.

Parsley can be used for treating kidney, gallbladder, and liver problems due to its anti-inflammatory properties that fight infections and heal swollen glands, while its antioxidant properties cleanse the organs so they can function better.

A person with edema or fluid retention condition has a bloated body resulting from the accumulation of fluids. Consuming parsley will help alleviate this condition since it is a natural diuretic which stimulates the excretion of urine.

Elderly people who are suffering from rheumatism and arthritis find it difficult to walk and move around a lot, but parsley can help alleviate the pain and swelling of the joints through its anti-inflammatory and anesthetic properties.

People with diabetes have been using parsley to manage their blood sugar levels naturally since the eugenol found in this herb can lower the glucose level in the body.

Potential Side Effects of Parsley

The Ancient Greeks considered parsley as a sacred plant. They made wreaths of it worn by athletic champions and used it to decorate the tombs of the deceased. 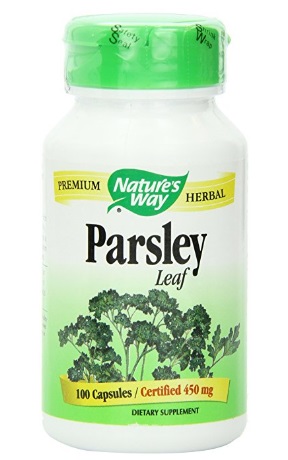 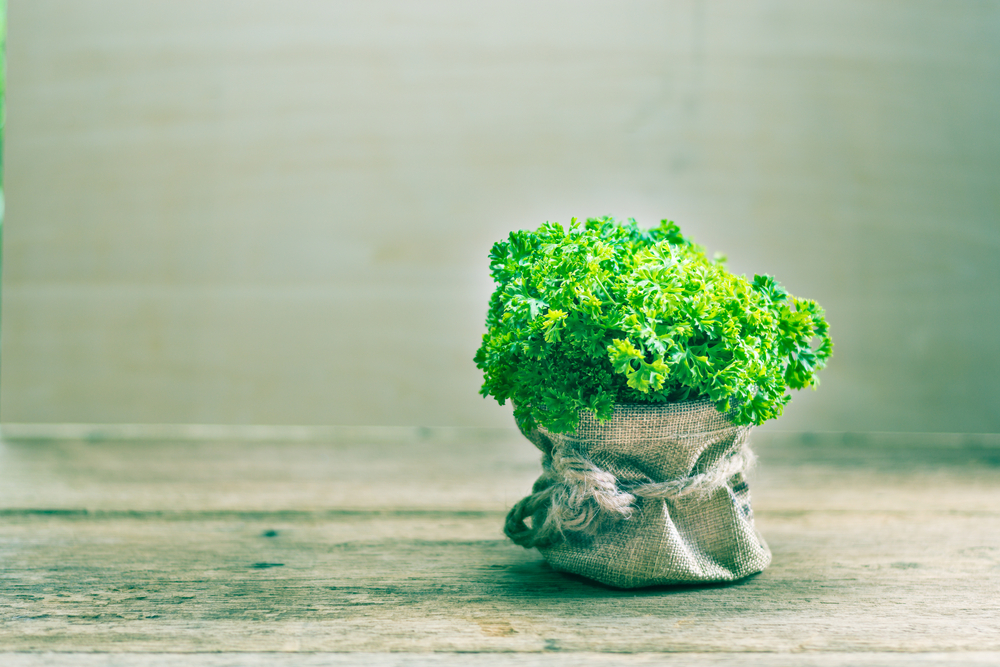