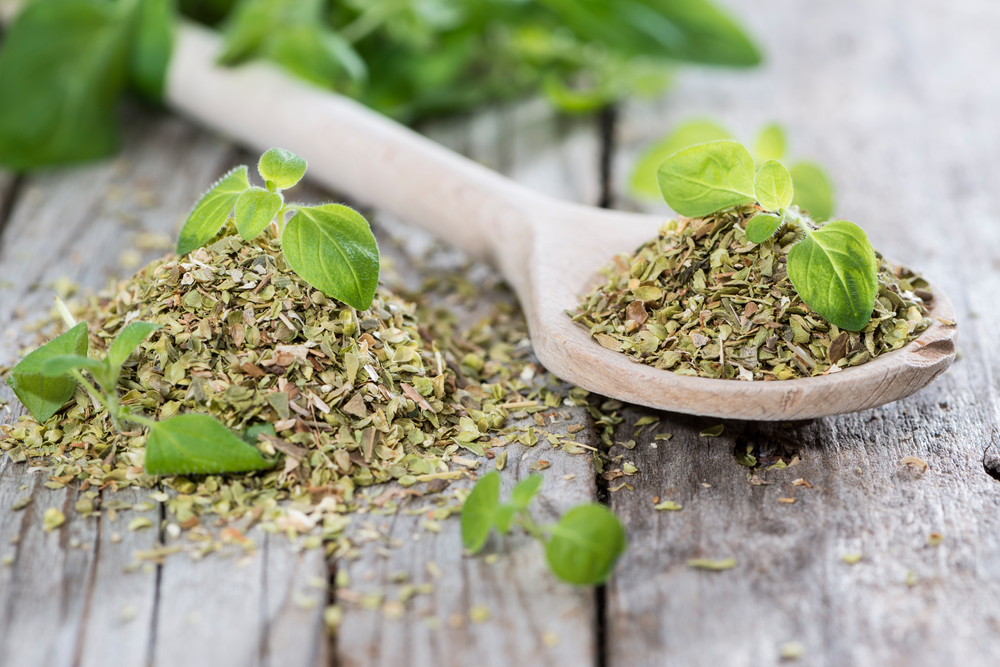 A common herb used in Italian cuisine, oregano is a flowering plant belonging to the mint family Lamiaceae. It is a hardy herb that grows in a temperate climate and is native to western Eurasia and the Mediterranean region. Oregano can grow from 20 to 80 centimeters, with purple flowers on a long, erect stem and spade-shaped leaves.

When used in cooking, the leaves provide a stronger flavor when they are dried rather than fresh. Its essential oil is used medicinally to treat plenty of illnesses, especially since it has anti-bacterial properties that could kill microbes more efficiently than prescription drugs. Aside from this, oregano is also used to improve digestion and fight infections. 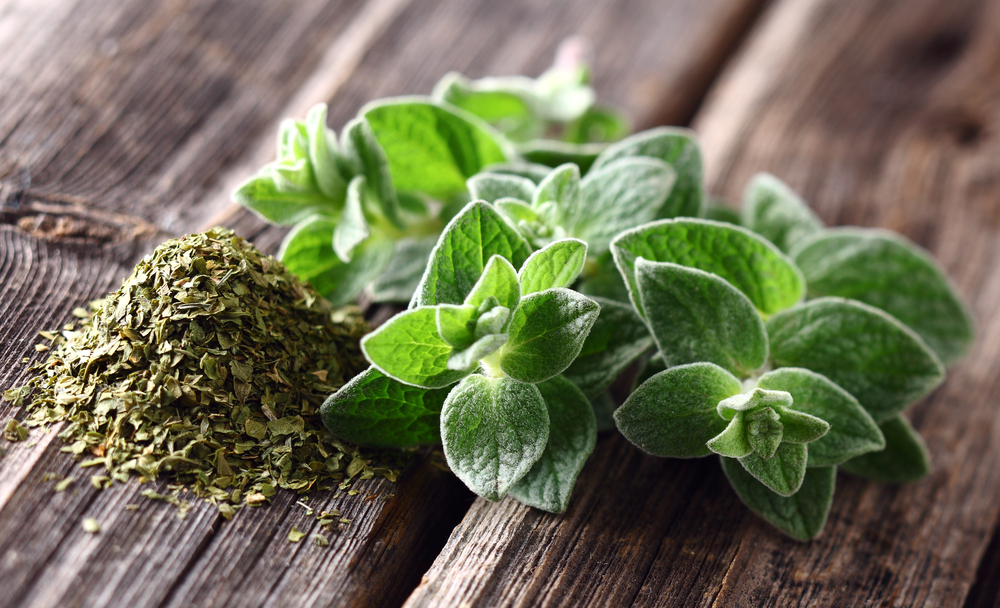 The name oregano means ‘joy of the mountains’ when translated into Ancient Greek. It was a popular herb among the Greek people, which was almost synonymous to cleanliness and purity. They believed that cows that grazed in a field with plenty of oregano had tastier and cleaner meat. They also used oregano as an antidote to poisons and skin irritations, and to foresee their future regarding their love lives. The Romans saw the many benefits of oregano, both for medicinal and culinary purposes after they conquered Greece. It was then that they cultivated the herb as a flavoring for fish, meat, and wine.

It was one of the commonly used spices during the medieval period even though spices were quite difficult to procure at that time. Since it was easy to grow unlike black pepper, the people developed more medicinal uses for it, such as a treatment for indigestion, toothache, cough, and rheumatism. It was introduced to China during the middle ages, where physicians also used it to treat many illnesses.

Aside from the leaves where oregano essential oil is extracted from, other parts of the herb are also utilized. The flower produces a purple dye that was used to dye wool with purple and linen with reddish-brown. However, this practice has stopped since the color wasn’t brilliant and durable. Before the use of hops in the production of beer, the apical parts of oregano were also used to flavor and preserve beer and ale.

Chicken farmers have been using oregano as a natural alternative to antibiotics due to the alarming rise in antimicrobial resistance. Similarly, oregano can kill harmful pathogens in our body, especially those in the intestines and skin through the powerful compounds found in this herb: carvacrol and thymol.

Oregano is rich in Omega-3 fatty acids which are good for maintaining a healthy heart. It regulates your heart rate, promotes proper blood circulation, and prevents inflammation of the arterial walls, thereby reducing your risk of getting heart diseases.

This herb is loaded with fiber that helps cleanse the intestines and stimulates regular bowel movement, thus, preventing constipation and bloating. It also increases the nutrient absorption from the digested food so you can get more out of what you eat.

Oregano can also be used for minor illnesses such as colds, fever, influenza, dysmenorrhea, and indigestion. The extracts of the leaves are administered to the patient orally since it has anti-spasmodic, diaphoretic, and antipyretic

One of the reasons why oregano is extremely popular in medicine is because of its anti-fungal properties. Thymol, the compound found in oregano essential oil, is found to kill fungus and prevents it from recurring. Applying oil of oregano on the affected area can fight ringworms, athlete’s foot, and eczema.

This herb is also an excellent source of calcium, magnesium, and iron – minerals which are all essential in strengthening the bones and teeth. Consuming oregano, along with exercise, will greatly minimize the chances of having bone diseases as you age.

The build-up of harmful free-radicals in the body is one of the main causes of fatal diseases if it is not prevented earlier. Oregano contains plenty of flavonoid anti-oxidants that expel free radicals to keep you from developing diseases in the future.

Fresh oregano herb, especially the extract, is rich in vitamin C that fortifies the body’s resistance to infections, making you less susceptible to illnesses.

Oil of oregano has been used since ancient times to effectively kill parasites that live in the intestines. It also improves the gastrointestinal condition of the patient after the parasites have been removed.

You can also use oregano oil to improve your oral health. Simply dilute the oregano oil with water and gargle after brushing your teeth. This routine will banish bad breath and heal gingivitis. 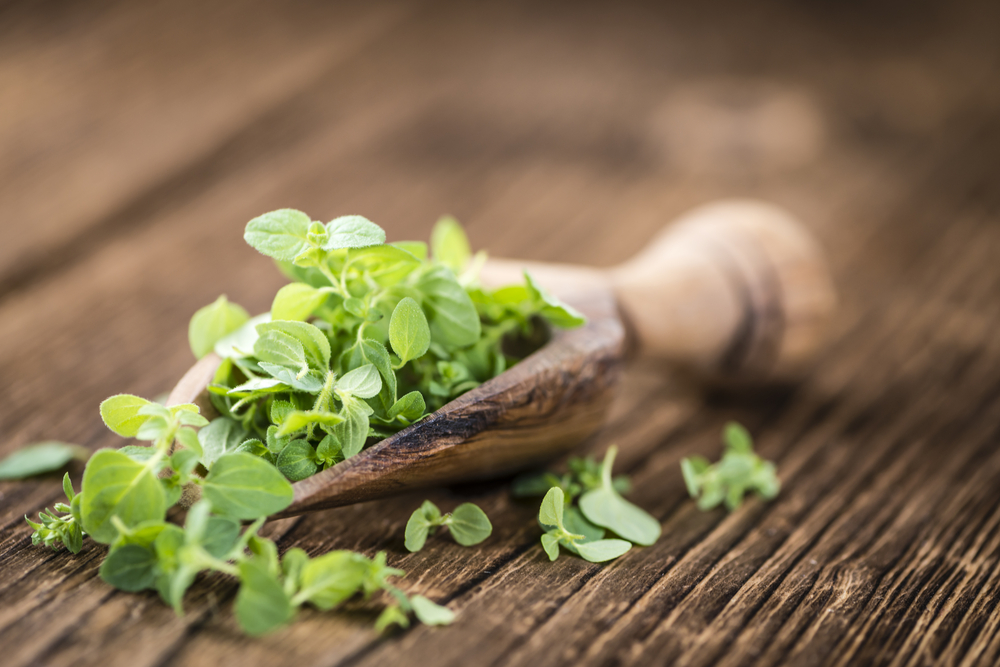 For every 28 grams (1 ounce) of dried oregano leaves, you will get the following nutrients:

Potential Side Effects of Oregano 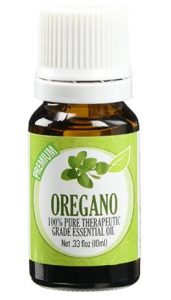 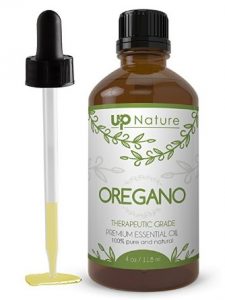