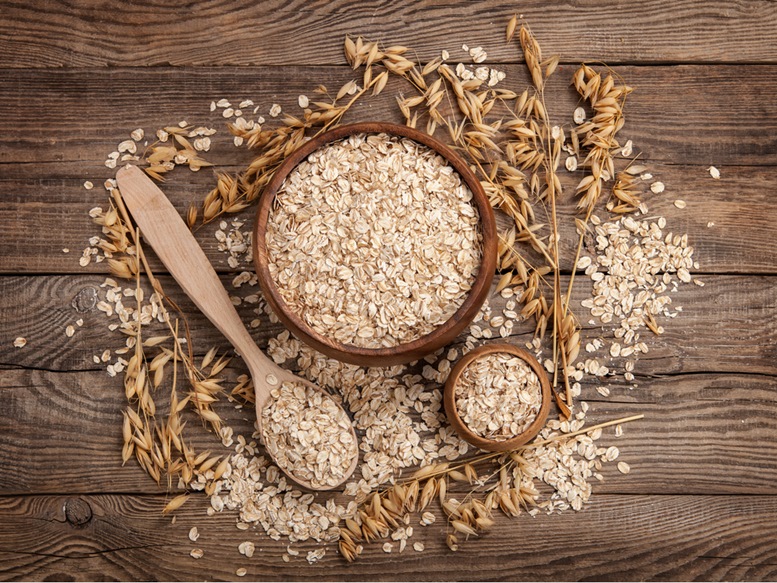 Oat originated from Mediterranean and Middle East origin and have long been a part of the European and North American diet. It was firstly used for medicinal purpose and then for human and animal nutrition. With the development in the field of nutrition, oat was recognized as a healthy food in the mid-1980s. In fact, the first ever food-specific health claim approved by the United States Food and Drug Administration (FDA) is about oat: “an intake of at least 3 g beta-glucan from oats as part of a diet low in saturated fat could help reduce the risk of heart disease”. The valuable nutritional attributes of oat products, especially the health benefits of its beta-glucans, high tocopherol and natural antioxidant levels, have generated an increased demand for oats.

An oat kernel contains about 3% germ, 28-40% bran and 58-60% starchy endosperm. Oat bran is particularly rich in vitamins, minerals, phytate and antioxidant compounds, which consists of 68% carbohydrates, 15-22% dietary fibre protein, 10% beta-glucan, 9% fat and other micronutrients.Oat is consumed in the traditional form of rolled oats, various types of oatmeal and oat flour. Processing does not strip away its bran and germ so that a good amount of different nutrients are retained. 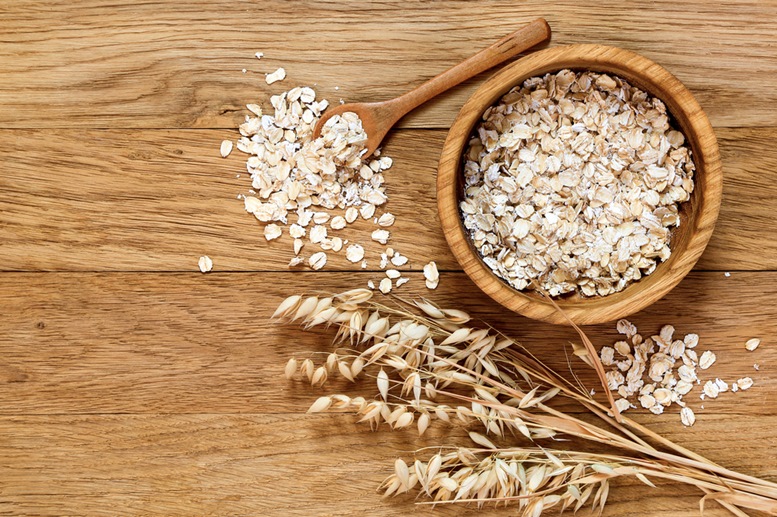 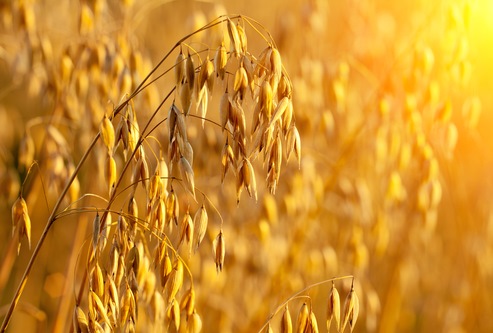 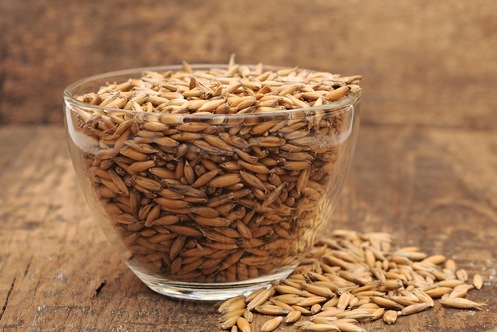 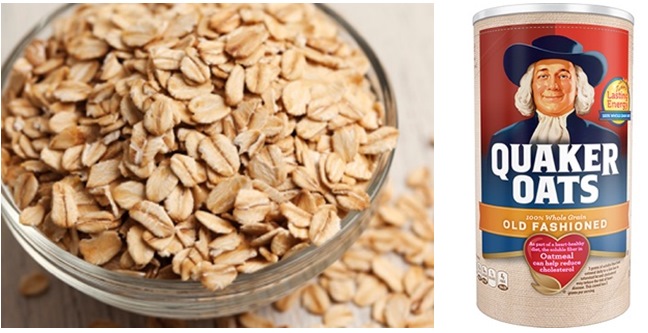 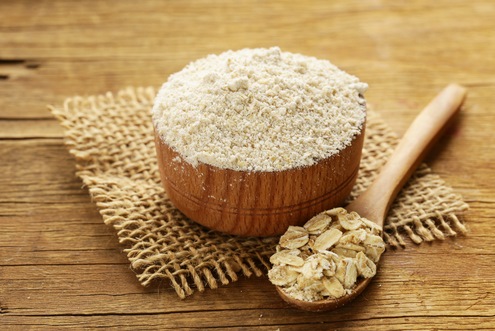 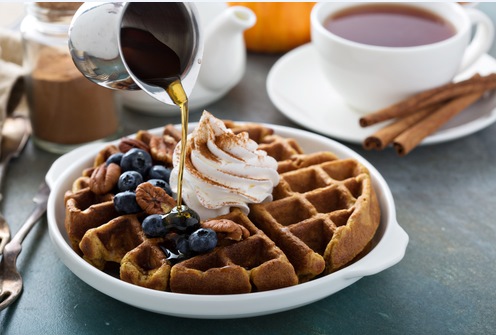 waffle made from oat flour

Oat is one the primary dietary sources of beta-glucan, a type of soluble dietary fiber that is known for carrying many health benefits. Beta-glucan is enriched in the bran fraction of oat, and it contributes the main physiological benefits of eating oat, including reduced risk of cardiovascular diseases, metabolic syndrome, obesity and cancer.Many other whole grains also contain high levels of fibers, but most of the times, it is mainly insoluble fibre which does not lower blood cholesterol. 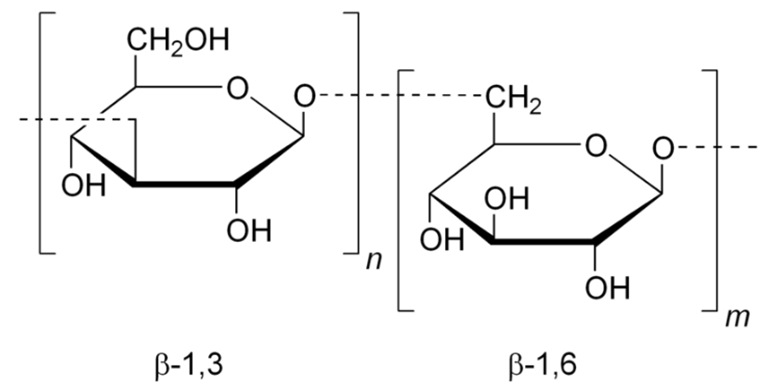 Antioxidants play an important role in preventing chronic diseases by reducing the oxidative stress. Oat is a good source of dietary antioxidants, such as Vitamin E, phytic acids and various phenolic compounds. These antioxidants are concentrated in the outer layer of the kernel. There is one unique phenolic antioxidant that is only present in oat, avenanthramide. This powerful antioxidant, being identified by Collins in 1989, offers health benefits such as anti-irritation and anti-inflammation.

After reviewing 37 clinical studies, FDA approved a heart-health benefit claim of food containing soluble fibre from oats, in 1997. It was recommended that a daily dosage of 3 g of beta-glucan from oat products might reduce the risk of coronary heart diseases. A portion of 40 g oat bran or 60 g of oatmeal is able to provide this amount of beta-glucan. In fact, oats have been recognized as the cereal grain that most effectively protects your heart health. How does it work? This is mainly attributed to the cholesterol-lowing effect of the beta-glucan in oats. It is generally accepted that for every 1% lowering of serum cholesterol levels, the risk of development heart diseases reduces 2-3%.

Foods reduce hunger or enhance satiation is helpful for losing weight. Dietary fibres of the oat bran offer these benefits. You may not be aware that the time you spent chewing food is critical to trigger your feeling of fullness. The longer time required to eat oats products increases your satiation and reduce your food intake. Furthermore, beta-glucan of oat bran improve stomach motility and stimulate the secretion of hormones involved in satiety signaling. This helps to reduce your subsequent meal intake. Dietary fibres of oats also increase the viscosity of the intestinal digesta and decrease the absorption of nutrients. There have been studies shown that high habitual consumption of whole grain foods, such as oats, is associated with a lower BMI.

As been stated by the European Food Safety Authority (EFSA) in 2001, “a cause and effect relationship has been established between the consumption of beta-glucan from oats and barley and a reduction of the postprandial glycaemic response”. Studies have shown that beta-glucan of oat reduces glycemic, insulin and glucagon responses after glucose or complex carbohydrate load in patients with type II diabetics.For people with this concern, they can eat either whole oats products or choose from a wide range of processed foods made from oat bran. Studies have shown that porridge, muffin, biscuit and breakfast made from oat brans which highly enriched in beta-glucan (~15% dry weight) decreased the postprandial blood glucose surge and insulin secretion.

Oats support our gut health in a variety of ways. The insoluble fibre of oat bran increases colon mobility, increase stool weight, decrease transit time through the colon and relieve constipation. Furthermore, the fibre that is indigestible by us will be fermented by bacteria in our large intestine. Oat dietary fibres show a high fermentability than other fiber sources. For this reason, oat is a good prebiotic source which supports and stimulates the growth of the beneficial microbes in our guts. There is evidence showing that oat bran increased the content ofLactobacilli and Bifidobacteria. All these will help you to reduce the risk of developing colon cancers.

There are a bunch of good phytochemicals inside the oat groats which help you sleep. It contains a good amount of vitamin B6 which is a stress-reducing vitamin. It is also rich in melatonin, a naturally occurring compound that is a very famous sleep aid helping people control their sleep and wake cycles. 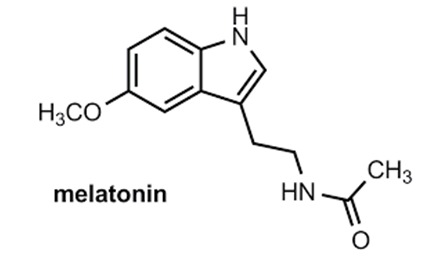 The use of whole oats to treat a variety of dermatological conditions could date back to ancient Egypt and was recorded in medical literature since Roman times. Colloidal oatmeal has been proved by FDA as a safe and effective over-the-counter drug to relieve irritation, rashes, insect bites and allergies. It obtained by mill the grains and boil them to extract the colloidal component. It is one of the few natural products that has been proved by FDA for skin treatment. Moreover, one-half cup of oats has more than 25 percent of the recommended amount of biotin, which is known to contribute to greater hair, skin and nails health.


Side effects of eating too much 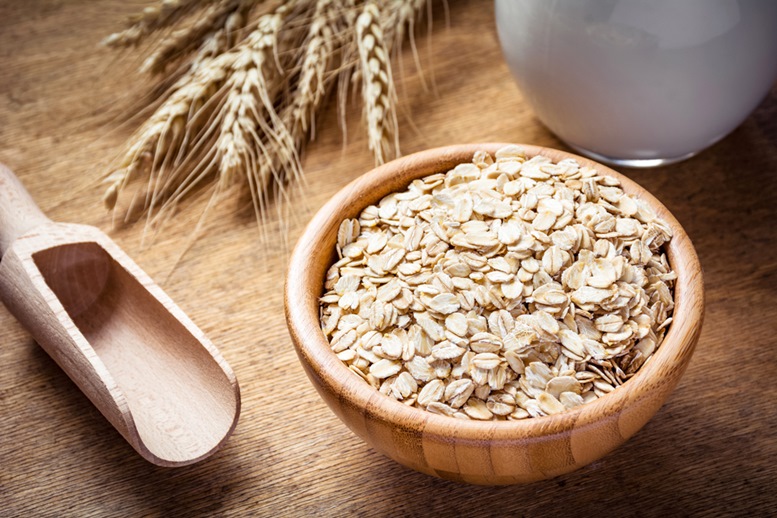 Oat based products are beneficial to consume in moderate amount. However, excessive consumption may lead to adverse effects or aggregate existing problems.

Normally, one cup of oatmeal contains 8 g of dietary fibre. To prevent excessive ingestion of dietary fibre, it is recommended to have a rough estimation of the amount of fibre from all sources of fruits, vegetables and grains in your diet. 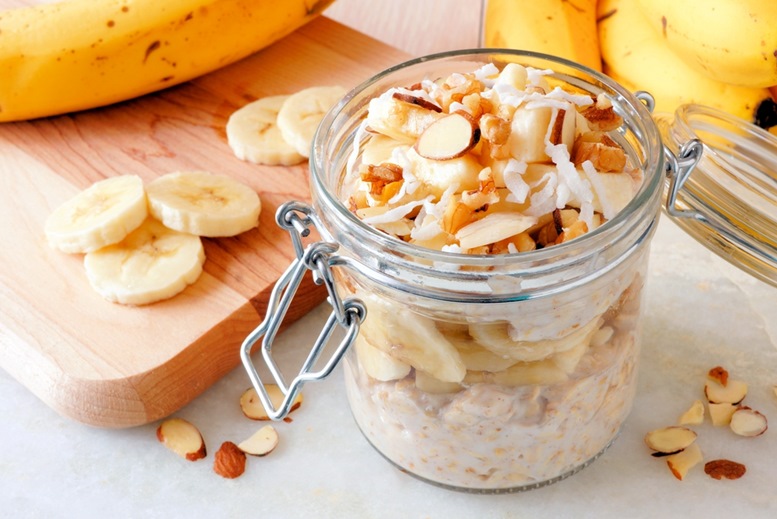 Overnight oats with bananas and almonds 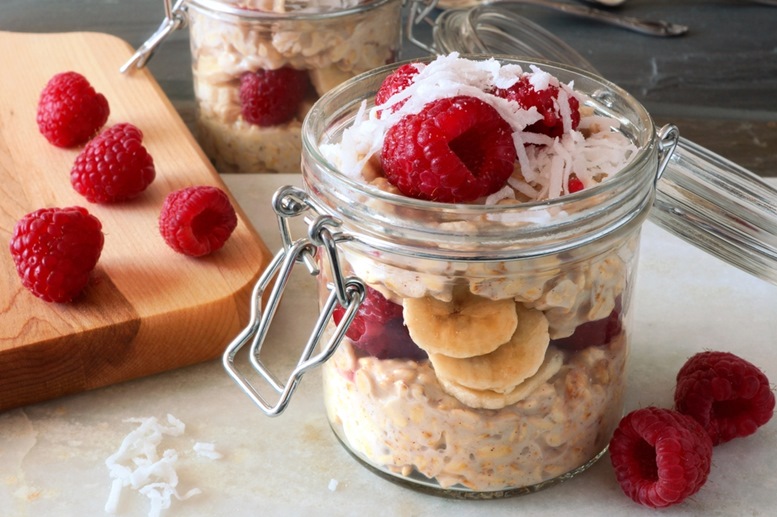 For every 100 g of oats, you will get the following macro- and micro-nutrients: 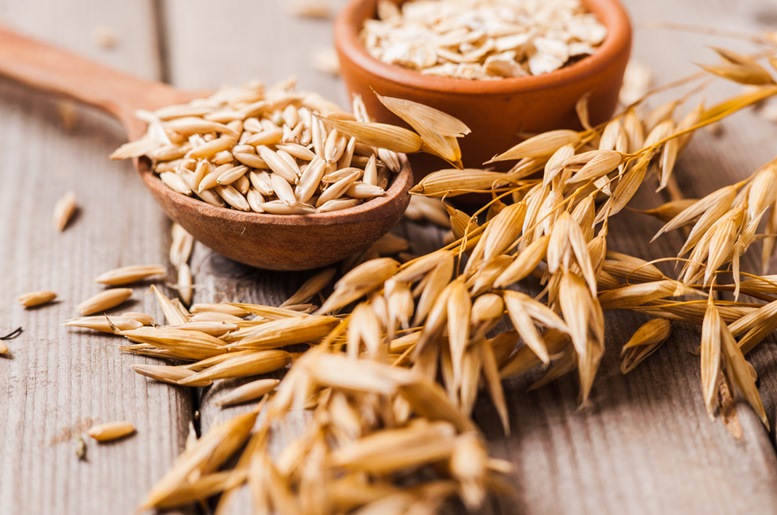 Oats belong to the genus Avenae of the family Gramineae. The domestication of oats occurred much later than for wheat and barley. However, oats still rank among the oldest crops cultivated by mankind. Grains of oats dating from 10500 B.C. were found in the Franchti Cave in Greece. Some of the earliest records of oats being grown as a grain crop date back to the period of the Roman occupation of Europe.

Nowadays, oat production ranks sixth in world crop production, following corn, wheat, barley, sorghum and millet. Oats production is around 24 million tons annually, which represents 1% of the total grain production. The major oat production areas are located between 25º and 45º N and from 20ºW to 90ºE long from the Canary Islands, through the Mediterranean basin, the Middle East, to the Himalayan Mass. Canada, Russian, the U.S. and 27 states of EU and Australia represent about 77% of the world production of oat.

Most of the world oat production (50-90%) is used as animal feed for horses, cattle and sheep. It is also used in the production of many human food products and heave some industrial applications. The most famous food company that is selling oat cereal is Quaker, which has a history of more than 130 years. It was Quaker that submitted a petition to the FDA in March 1995 on the health benefit claim of consuming whole oat products. 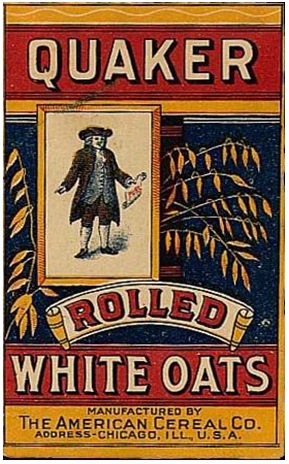 Early packaging of the Quaker Oats 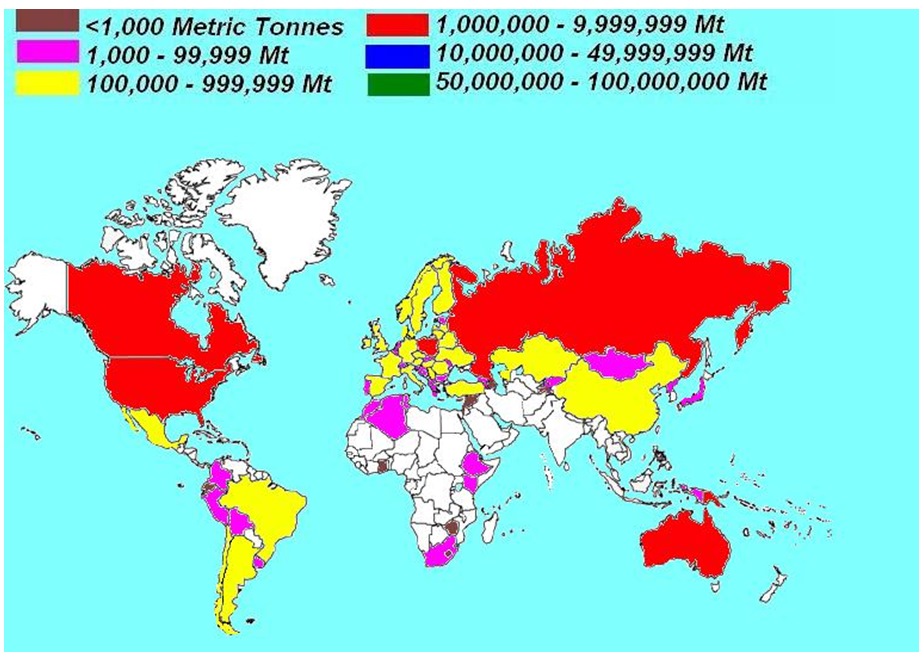 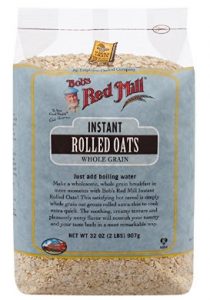 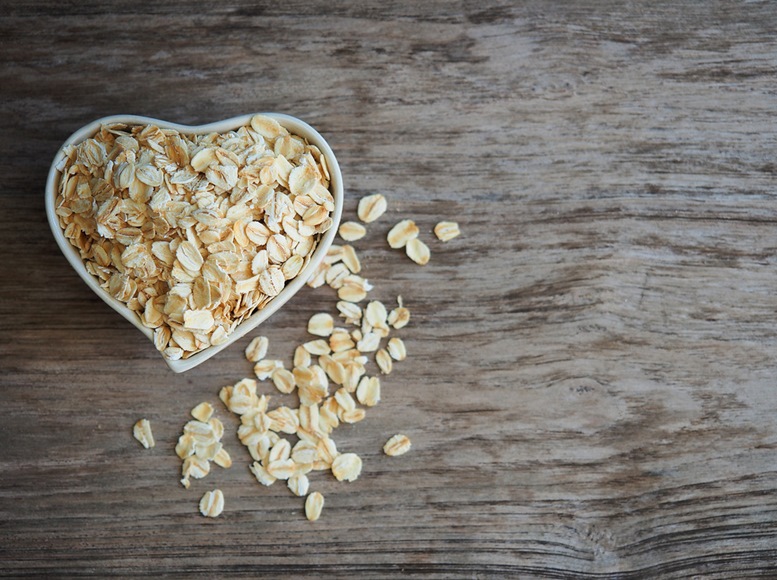 We love oats. Do you?