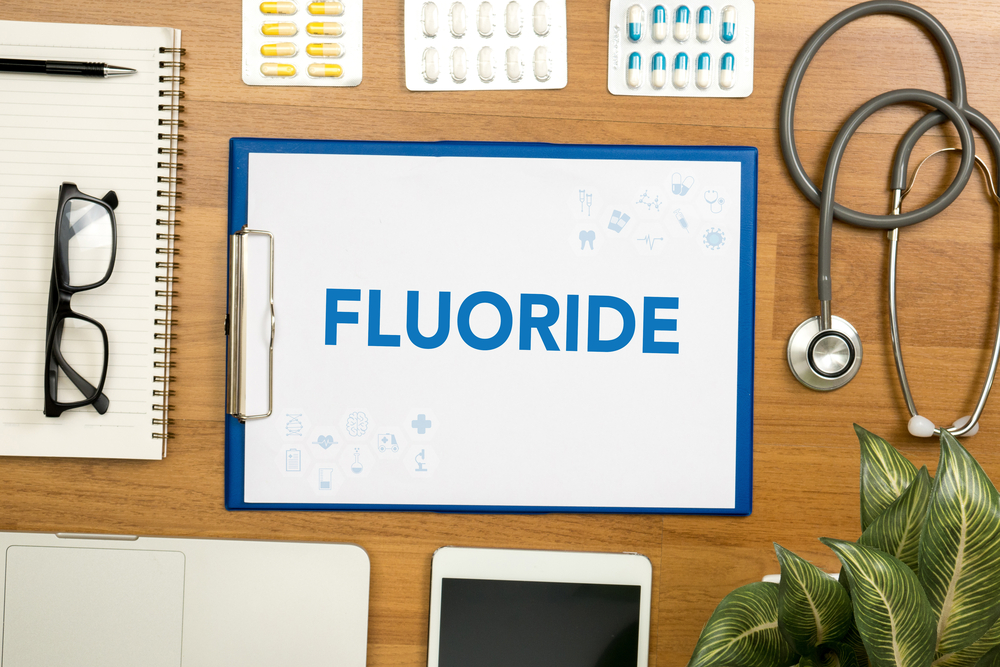 Fluoride is a prevalent natural element found in air, soil, fresh water, sea water, plants and in variety of foods (Garcia, 2015). It is known to have a shielding effect on teeth when used in optimum concentrations. It can prove fatal if used in higher levels or in concentrated form.

Fluoride is usually added to drinking water to help reduce tooth decay. In the 1930s, researchers reported that people who grew up consuming naturally fluoridated water had up to two-thirds fewer cavities than people living in areas without fluoridated water. Research since then has repeatedly shown that when fluoride is added to a public water supply, tooth decay comes down. The American Dental Association, the World Health Organization and the American Medical Association, among many other organizations recommend and strongly advocate the use of fluoride in water supplies because of its effect on tooth decay.

Fluoride is found in all natural waters to some degree. It can be extremely high in groundwater, depending on a variety of factors, such as the kinds of rocks and minerals of that region. Drinking water is the substantial fluoride source, adding to our exposure from dental products. Apart from this, fluoride is also present in:

Facts about fluoride that we need to know 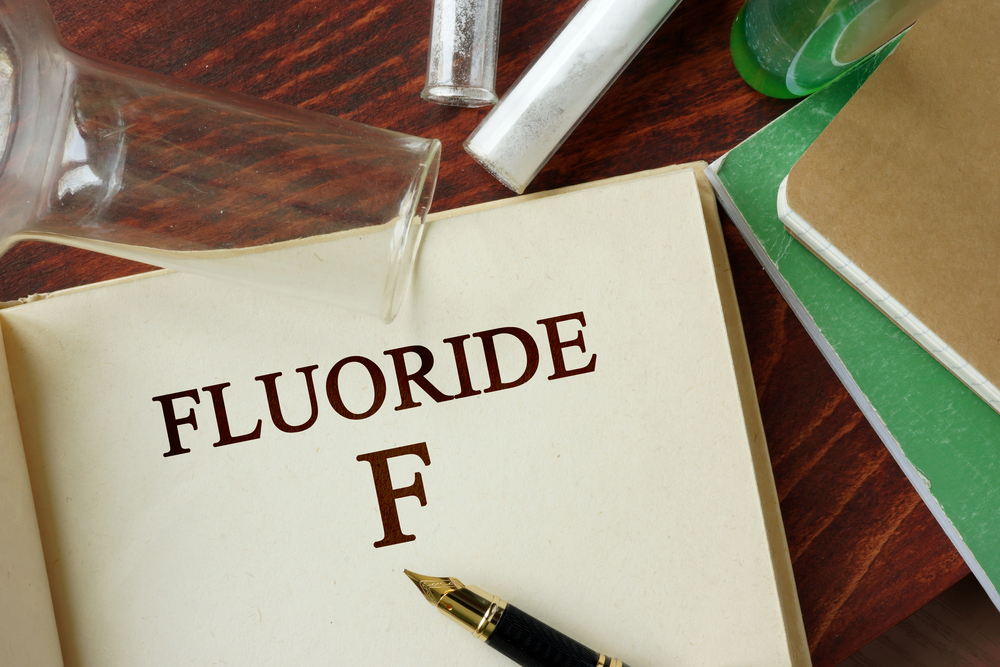 More people consume fluoridated water in the US alone than in the rest of the world combined. In Western Europe, for example, 97 percent of the population quaffs non-fluoridated water.

As per the World Health Organization (WHO), there is no perceptible difference in tooth decay between developed countries that fluoridate their water and those that do not (Network, 1986).

Many think that fluoride is only an issue that involves your dental health. But as per the 500-page scientific review, fluoride is an endocrine disruptor that can harm your bones, brain, thyroid gland, pineal gland and even your blood sugar levels (NRC, 2006).

The fluoride added to most public water supplies is not the naturally available variety but rather fluorosilicic acid, which is grabbed by air pollution control devices of the phosphate fertilizer industry.

Around 40 percent of American teens suffer from dental fluorosis. Dental fluorosis is NOT “just cosmetic.” It can also be a sign that the rest of your body, such as bones and internal organs, including your brain, have been overexposed to fluoride as well.

Infants who gobble down formula made with fluoridated tap water wolf down up to 1,200 micrograms of fluoride, or about 100 times more than the recommended amounts. Such “spikes” of fluoride exposure during infancy do not do any good to the teeth. In fact, such fluoride levels harm their IQ scores.

The fluoride supplements sometimes prescribed to those who are not drinking fluoridated water have never been given consent by the US Food and Drug Administration (FDA) for combating tooth decay.

Fluoride is added to drinking water to stave off a disease (tooth decay), and as such becomes a medicine by FDA definition. While advocators claim this is no different than adding vitamin D to milk, fluoride is not an important nutrient.

US Centers for Disease Control and Prevention (CDC) has acknowledged that fluoride supplements like pills, which are gulped, offers little, if any, benefit to your teeth.

Fluoride toxicity is aggravated by conditions that occur much more frequently in low-income areas. This includes:

Why is fluoride added to drinking water?

Fluoride is added to drinking water in order to combat social inequalities in dental health. It is added to prevent dental caries. The Ministry of Health in many countries, and many international health bodies, endorse that fluoride levels in drinking water be adjusted to optimal levels to take care of oral health and prevent dental caries. Dental caries is a process of demineralization of dental hard tissue caused by acids made from bacterial fermentation of sugars in the diet. Demineralization is negated by the deposit of minerals in the saliva—remineralization. Fluoride prevents caries by enhancing remineralization (Chalmers, 2007). Dental caries can have a significant impact on appearance, self-esteem, social interaction and the ability to speak and chew. Untreated decay may cause pain, dental abscesses or serious infection.

Connett (2010) reported that most western, industrialized countries have rejected water fluoridation but have nevertheless experienced the same decline in childhood dental decay as fluoridated countries. In Europe, only Ireland (73%), Poland (1%), Serbia (3%), Spain (11%), and the U.K. (11%) fluoridate any of their water. Most developed countries, including Japan and 97% of the western European population, do not drink fluoridated water. 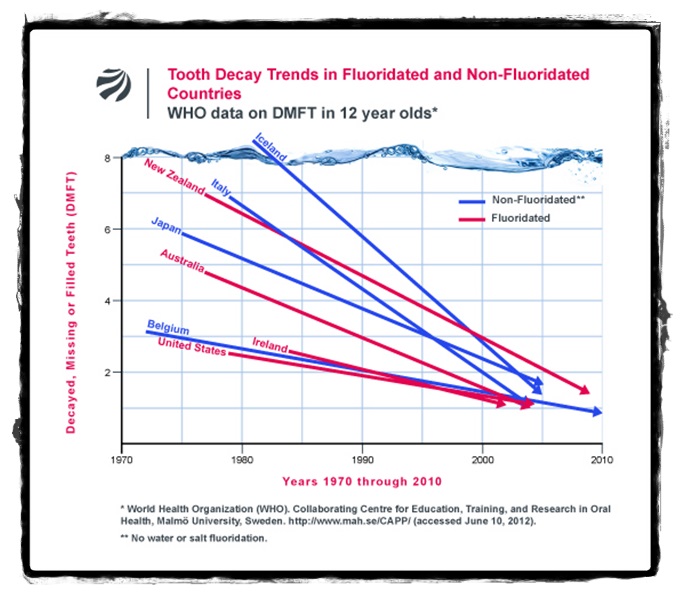 In the U.S., about 70% of public water supplies are fluoridated. Some countries have areas with high natural fluoride levels in the water. These include India, China and parts of Africa. In these countries measures are being taken to remove the fluoride because of the health problems that fluoride can cause.

What does fluoride do?

The addition of fluoride is intended to chemically strengthen the teeth, making them more resistant to the breakdown by acids, which leads to dental caries. In theory, all individuals who have their natural teeth need fluoride found in toothpastes and mouth rinses. Fluoride impedes the demineralization of tooth surfaces. But not all the people have the same need to use fluoridated toothpastes. If a person’s teeth are naturally healthy and hard, or in other words, their teeth already have high fluoride concentration (required content), then that person may not need to use fluoridated toothpaste.

People who show early stages of decay, or who have cavities forming should ensure daily exposure to topical fluoride. The endorsement from dental healthcare professionals is to use toothpaste that has the ADA seal, since they are declared to be safe and effective.

Side effects & dangers of fluoride ingestion 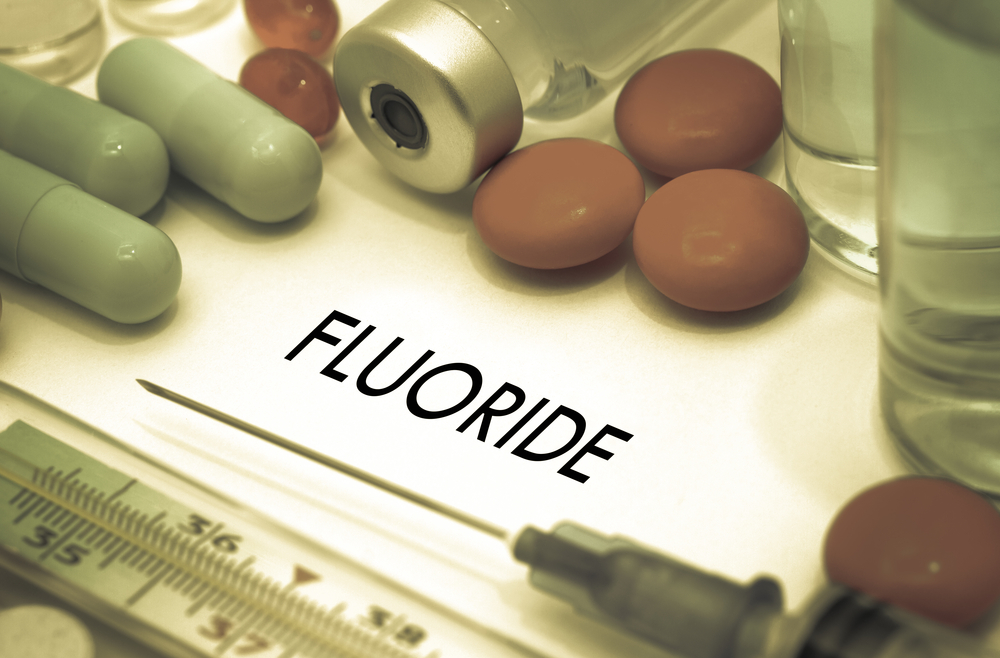 Low dosage of fluoride (up to 20 mg per day of elemental fluoride)added to public water supplies, toothpastes, mouthwashes and applied by dentists is safe for most people. However, higher doses are unsafe and could be life threatening as can weaken bones and ligaments, and cause muscle frailty and nervous system disorders.(NIDCR, 2011).

Connett (2012) in his studies reported that fluoride is a highly virulent substance and that is why most of the developed countries, including Japan and 97% of the western European population, do not consume fluoridated water.Tens of millions of people throughout China and India suffer chronic crippling bone diseases from drinking water with elevated levels of fluoride.

Fluoride has a tendency to accumulate in the body. Babies and children excrete minimum fluoride from their kidneys as compared to adults and absorb up to 80% of ingested fluoride into their bones (Spak et al, 1994). This continuous concentration of fluoride in the bones increases over a lifetime and causes weakening of bones (Carton, 2006).

Bottle-fed babies receive the highest doses of fluoride as the parents of newborns use fluoridated water when reconstituting baby formula (Marshall et al 2004). Infant exposure to fluoridated water has been repeatedly found to be a major risk factor for developing dental fluorosis, blotching of teeth and calcification of ligaments later in life (Levy et al 2010).

Fluoride ingestion is inimical to sperms and also increases the rate of infertility in a number of species (Zakrzewskaet al 2002). A U.S. epidemiological study reported increased rates of infertility among couples living in areas with 3 ppm or more fluoride in the water (Freni 1994).

Carton in 2006 came out with a study that fluorides have the tendency to alter brain function if ingested in higher dosage.The US Environmental Protection Agency (EPA) lists fluoride among 100 chemicals for which there is “considerable corroboration of developmental neurotoxicity.”

There have been 24 studies from China, Iran, India and Mexico that show a consortium between fluoride exposure and decreased IQ. According to the National Research Council (2006), high fluoride reduces IQ level.

Rocha-Amador (2009) reported that fluoride concentrations if ingested in excess cause fetal brain damage. Fluoride also affects the pineal gland. Studies by Jennifer Luke (2001) show that fluoride builds up in the human pineal gland to very high levels and leads to an earlier onset of puberty.

In the Ukraine, Bachinskiiet al in 1985 reported a decrease in thyroid function, at 2.3 ppm fluoride in water. In the mid-20th century, fluoride was recommended by a number of European doctors to decrease the thyroid gland function for patients with hyperthyroidism (overactive thyroid) (Waldbott, 1978).

Fluoride may increase hip fractures in the old. Increased doses of fluoride (average 26 mg per day) were used in trials to treat patients with osteoporosis in an attempt to strengthen their bones and decrease fracture rates. But this led to a higher number of fractures, particularly hip fractures (Schnitzler et al 1990). 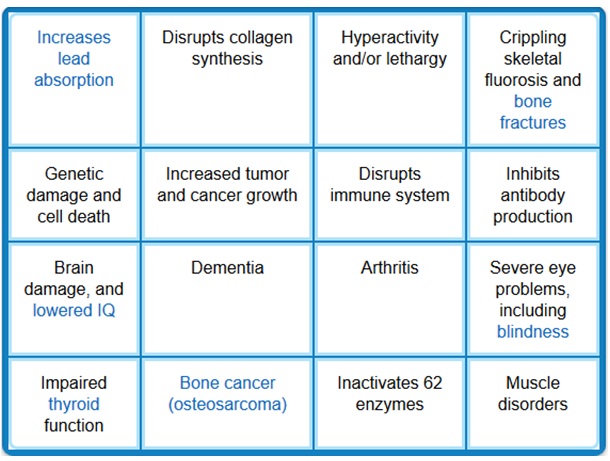 There are some natural ingredients discussed below which can prevent tooth decay and act as an alternative to fluoride: 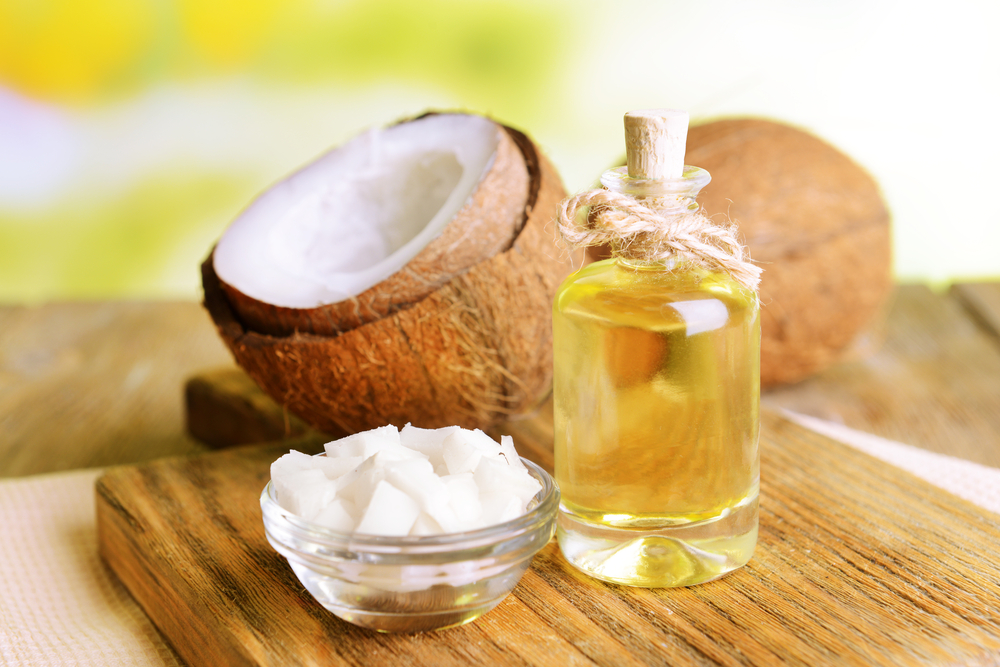 Coconut oil has antibacterial properties and oil swishing or oil pulling with coconut oil can also lead to a significant decrease in overall plaque in the mouth, preventing gingivitis and cavities (Peedikayil et al, 2015). 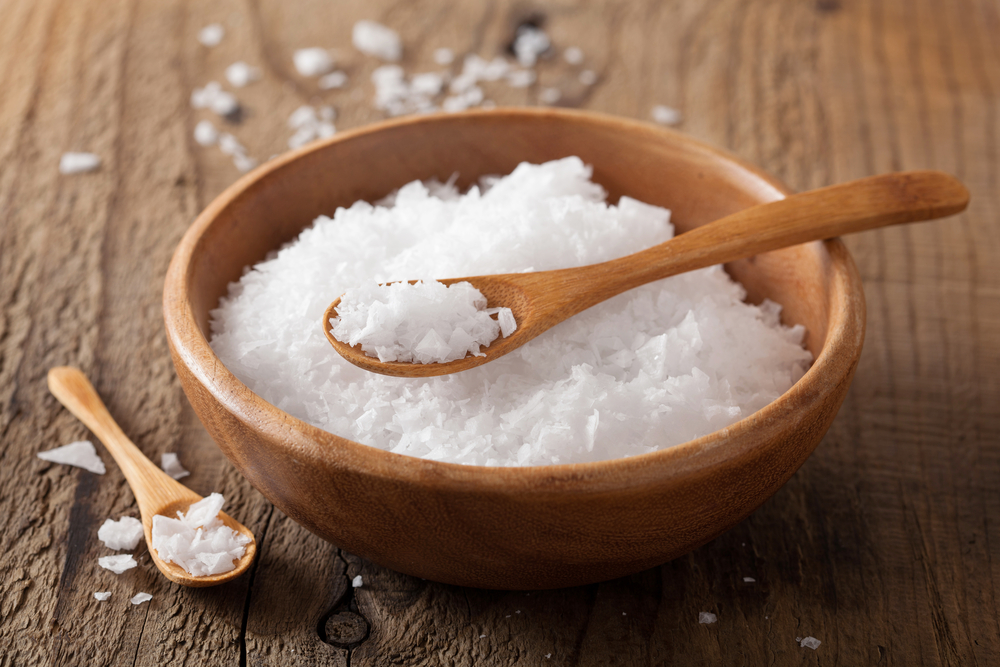 Sea salt is abrasive enough to remove plaque from the teeth. It has nutrients that strengthen gums, safeguard against tarter and foul breath, and may even whiten our teeth over time. High in iodine, sea salt has antibacterial characteristics and helps counterbalance acids in the mouth. Salt makes us salivate, and our saliva creates an antibacterial fence that cushions our enamel. 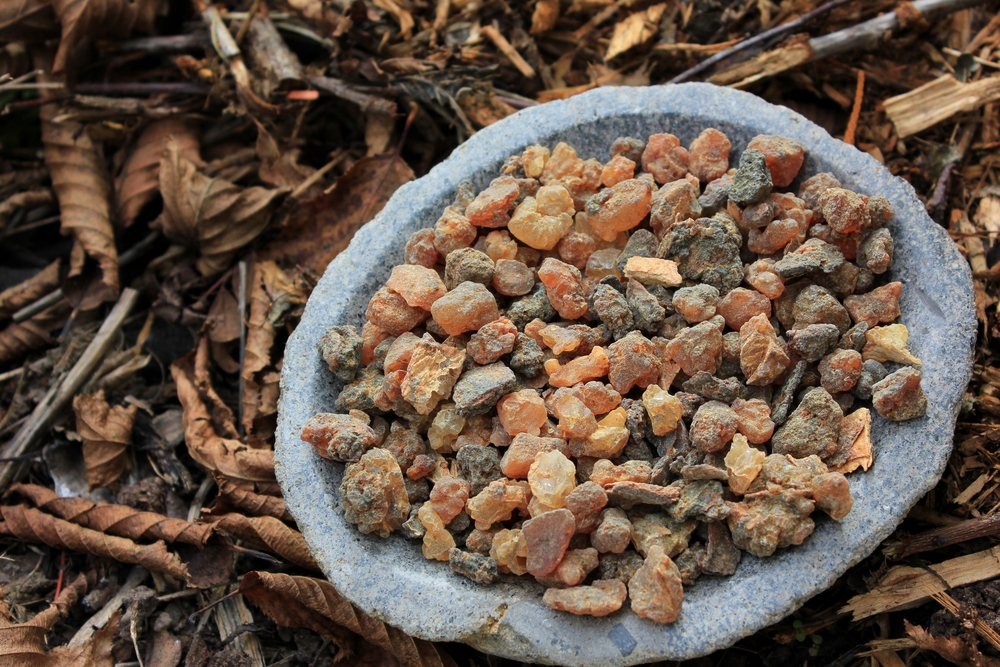 Myrrh contains the compound which is harsh over germs that cause bad breath, and combats periodontal disease.  There are some excellent toothpastes in market today that have germ-killing myrrh, no toxic fluoride, and a mixture of other herbal elements and essential oils to ensure healthy mouth (Nomicos, 2007). 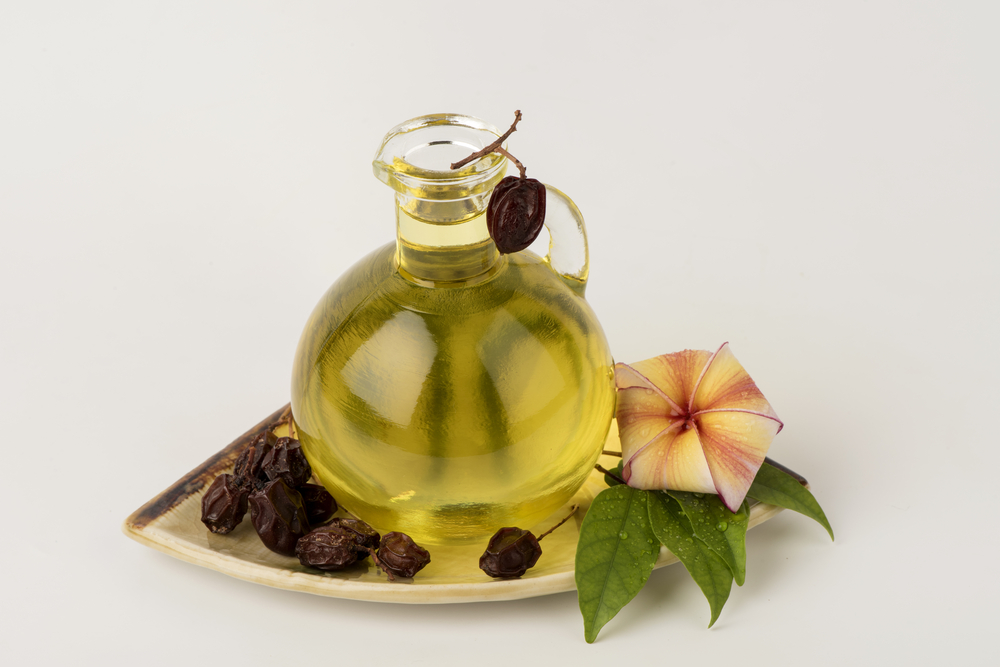 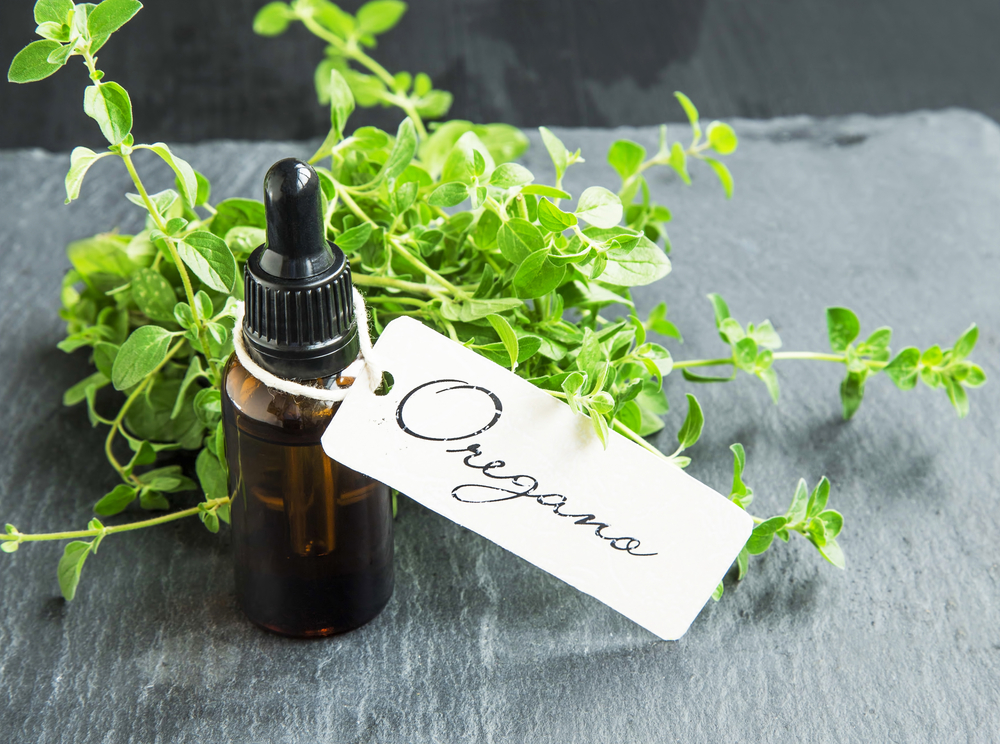 Oregano oil is highly beneficial for dental issues and is used to soothe toothaches, abscesses, and mouth sores. 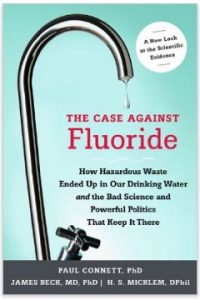 The Case against Fluoride: How Hazardous Waste Ended Up in Our Drinking Water and the Bad Science and Powerful Politics That Keep It There

Despite worldwide public health adoption, water fluoridation has come under close examination over the past quarter century. Time has abraded away fluoridation’s rosy glow. Once vouched as the magic panacea to dental caries, fluoride’s benefit for your teeth – IF there is any, which is still debatable – comes with obscured downsides (Mercola, 2002)