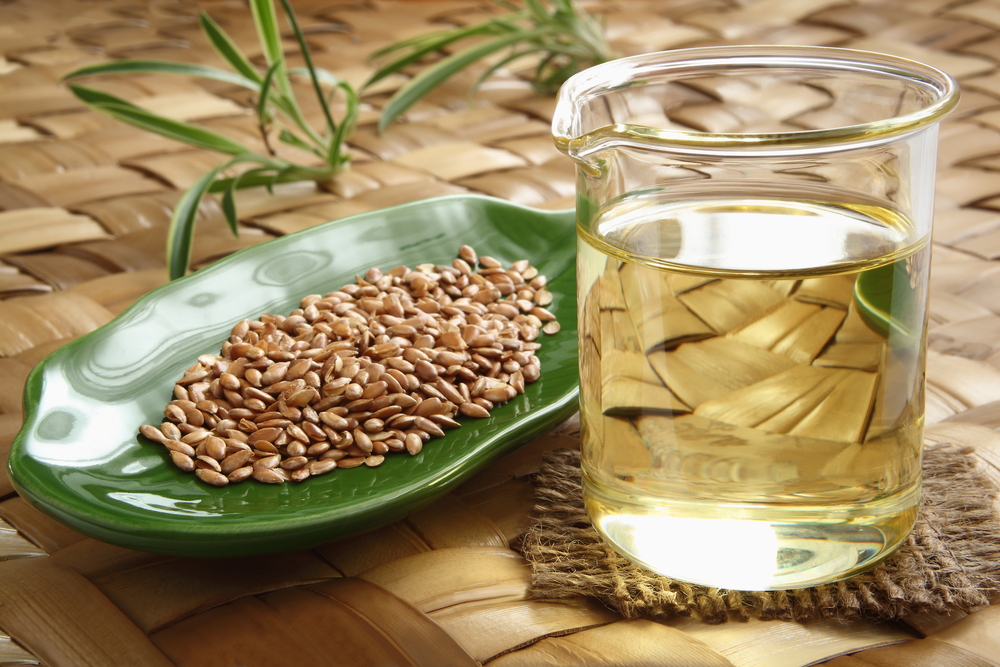 Flaxseed, or linseed as it is sometimes called, is the seed from the plant Linum usitatissimum cultivated in cooler regions of the world. It has been consumed as food for around 6,000 years and may have been the world’s first cultivated superfood ever! Ancient peoples grew flaxseed for both its seed and fibre. Its seed was used to make oil, used in cooking, formulating cosmetics and as a nutritional supplement. It’s fibre, taken from the stem of the plant, was used to make linen and sail cloth. Flaxseed is valued for many of the same reasons today.

Flaxseed comes in two types, brown and yellow (also known as golden). It might be minute in size but this little seed packs one the highest nutritional loads for any food item. Flaxseed is rich in fat, dietary fiber and protein. The amount of fat in flaxseed can range from 38 to 47%. It is one of the richest sources of omega-3 polyunsaturated fatty acids, alpha-linolenic acid (ALA), containing 60% omega-3! Flaxseed is also an excellent source of dietary fiber which is found primarily in the seed coat. 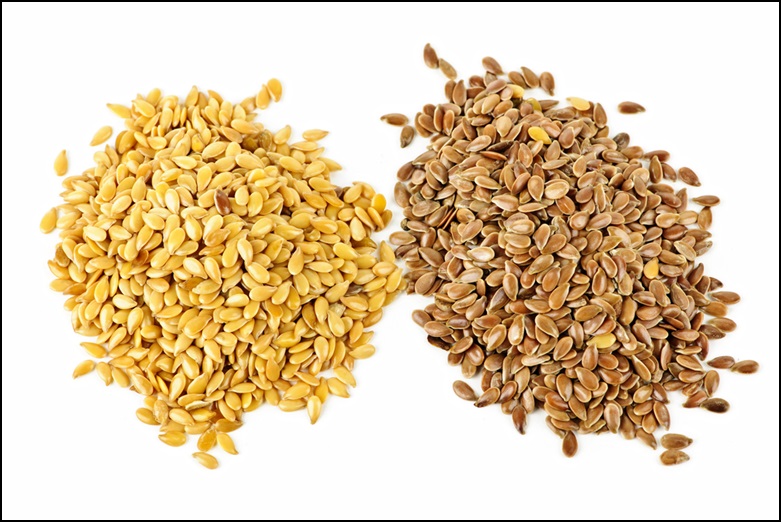 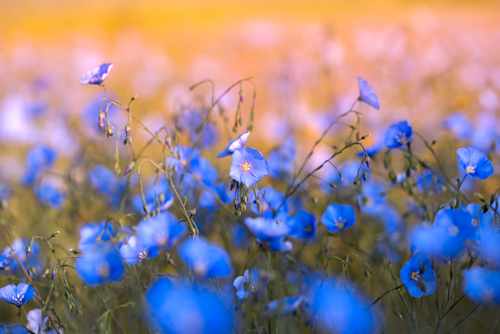 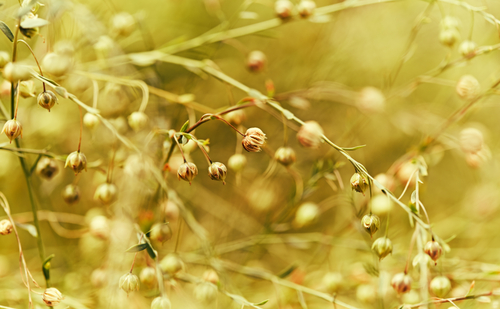 Flaxseed is one of the leading sources of alpha-linolenic acid (ALA), an omega-3 (n-3) fatty acids essential for maintaining human health. Each tablespoon of ground flaxseed contains about 1.8 grams of omega-3s. Most leading health organizations recommend a 5:1 to 10:1 n-6 to n-3 fatty acid ratio. However, a typical western diet has an n-6 to n-3 ratio well beyond 10:1. Flaxseed is a valuable lipid source to improve the n-6 and n-3 fatty acid ratio due to its high omega-3 fatty acids content.

Flaxseed is the richest source of plant lignans, containing up to 800 times more than other plant foods. Plant lignans are unique fiber-related polyphenols, which act as both antioxidants and phytoestrogen.Acts as antioxidants, lignans provides benefits of anti-aging and cellular health. Acts as phytoestrogen, lignans is promising in reducing the growth of cancerous tumors, especially hormone-sensitive ones such as those of the breast, endometrium and prostate. Lignans are thought to be the reason why consuming flaxseeds cuts the amount of severity of hot flashes significantly for post-menopausal women.

Plant omega-3s help the cardiovascular system via several different mechanisms, including anti-inflammatory action and normalizing the heartbeat. Several studies have suggested that diets rich in flaxseed omega-3s help prevent hardening of the arteries and keep plaque from being deposited in the arteries, partly by keeping white blood cells from sticking to the blood vessels’ inner linings.Researchers have measured significantly lower levels of total cholesterol, bad cholesterol, insulin resistance and blood triglycerides with 2-3 tbsp of ground flaxseeds each day for about 10 weeks, results similar to those seen from powerful statin drugs (which carry with them various side effects).

Dietary fibers, lignans and omega-3 fatty acids, present in flaxseed have a protective effect against diabetes risk. Diabetic subjects took a tablespoon of ground flaxseeds every day for a month, and, compared to the control group, experienced a significant drop in fasting blood sugars, triglycerides, and cholesterol, as well as the most important thing, a drop in A1C level. If one’s sugars are already well controlled, though, there may be no additional benefit.

Two components in flaxseed, ALA and lignans, may reduce the inflammation that accompanies certain illnesses (such as Parkinson’s disease and asthma) by helping to block the release of certain pro-inflammatory agents. Even ground flaxseeds added into muffins can supply the body an adequate amount of omega-3 for fighting against inflammation.

Taken before a meal, flaxseed fibers make people feel less hungry so that they might eat less food. When being taken as a part of the meal, the flaxseed fibers delay the gastric emptying of food into the small intestine which is important to maximize your satiety and delay the next food intake. It will help you feel satisfied longer, so you will eat fewer calories overall.

The dietary fibers of flaxseed increase the faecal excretion and reduce the fat absorption. Together with the effects of reduced food intake, flaxseed is a good for promoting weight loss.

The ALA fats in flaxseed benefits the skin and hair by providing essential fats as well as B-vitamins which can help reduce dryness and flakiness. It can also improve symptoms of acne, rosacea, and eczema. This also applies to eye health as flax can reduce dry eye syndrome. 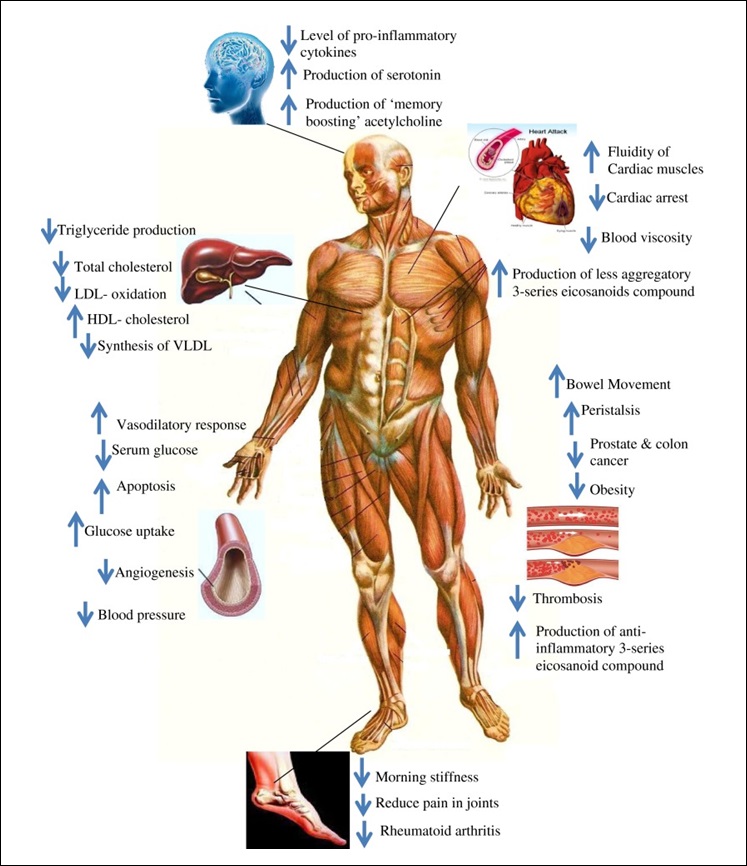 Side effects of eating too much Flaxseed

Flaxseed is safe for most adults. There is no evidence showing excess amounts of flaxseed can be harmful. But it is recommended to take flaxseed with plenty of water to prevent its bulk-forming laxative effects which might block the intestines.The gastrointestinal side effects of eating too many flaxseeds are bloating, gas abdominal pain, diarrhea, stomachache and nausea.

Precautions should be taken by consumers with special medical conditions 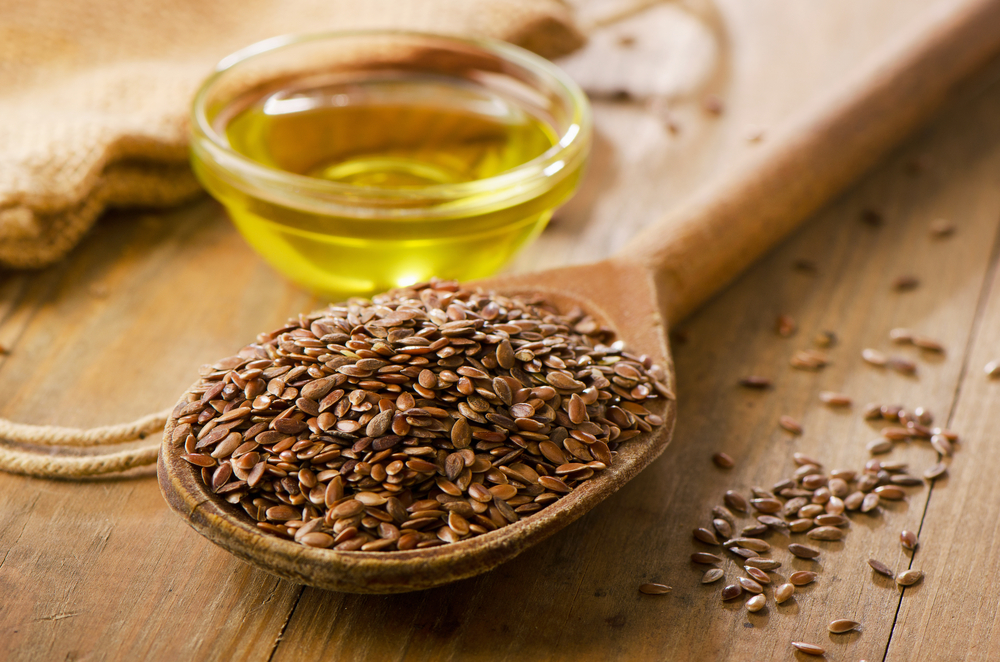 For every 3 tablespoons of flaxseed (~28 g) of flaxseed, you will get the following macro- and micro-nutrients:

Flax was one the oldest cultivated crops, dated back to 3000 BC in Babylon. Flax was extensively cultivated in ancient Egypt, where the temple walls had paintings of flowering flax, and mummies were entombed in linen. In North America, flax was introduced by the colonists primarily to produce fiber for clothing, and it flourished there. There is a small difference in using the terms flaxseed and linseed. Flaxseed is used to describe flax when consumed as food by humans while linseed is used to describe flax when it is utilized in the industry and feed purpose.

By the 8th century, King Charlemagne believed so strongly in the health benefits of flaxseed that he passed laws requiring his subjects to consume it. These days, flaxseed is found in all kinds of foods, from crackers to frozen waffles to oatmeal. In the last two decades, flaxseed has been the focus of increased interest in the field of diet and disease research due to the potential health benefits associated with some of its biologically active components.

Every part of the flaxseed plant is utilised commercially, either directly or after processing. Various edible forms of flax are available in the food market—whole flaxseeds, milled flax, roasted flax and flax oil. Its growing popularity is due to health-imparting benefits in reducing cardiovascular diseases, decreased therisk of cancer, particularly of the mammary and prostate gland, anti-inflammatory activity, laxative effect, and alleviation of menopausal symptoms and osteoporosis. 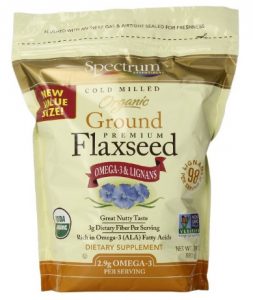 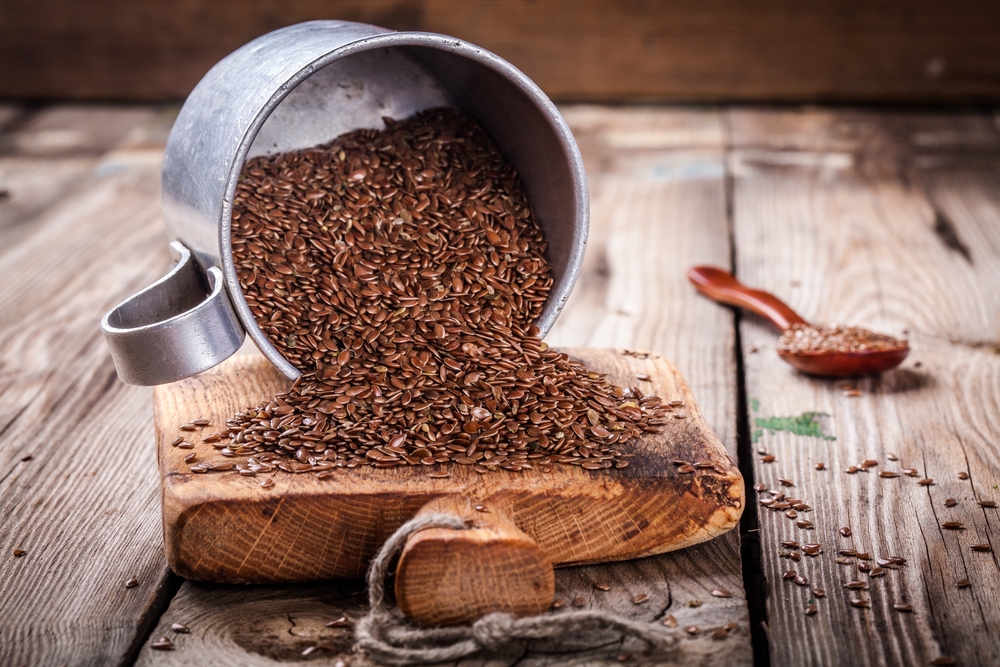