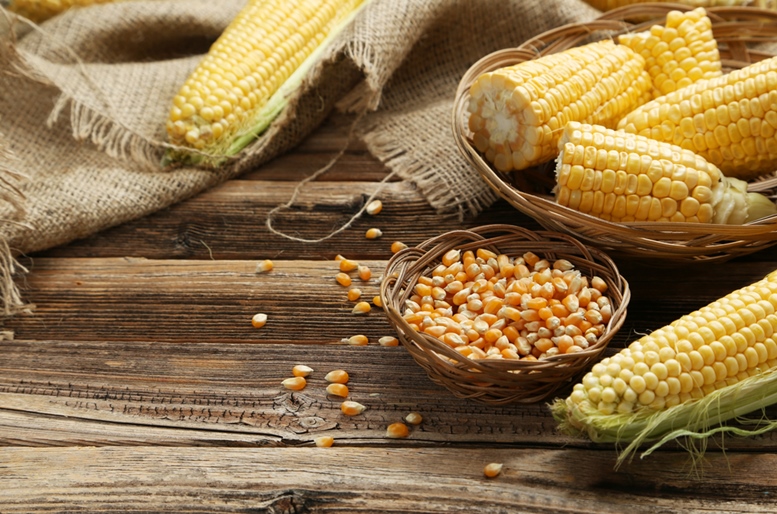 Corn, also called maize or Indian corn, is one of the most extensively cultivate cereal grain crops in the world, together with rice and wheat. It was domesticated at least 8700 years ago in the highlands of Mexico. Now, it still represents 15-56% of the total daily calories in diets of people in approximately 25 developing countries, particularly in Africa and Latin America. Due to its highest yield potential among all the cereals, maize is known as the ‘Queen of Cereals’.

A typical maize kernel is composed of 75% starch, 10% protein, 5% lipids, 3% sugar and 2% ash. The most commonly consumed corn is yellow in color. Corn can have spectra of color from white to orange, red, purple and brown, depending on the pigment in the pericarp. 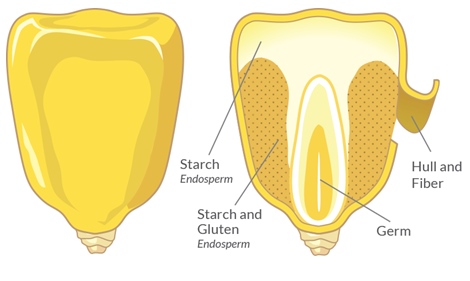 Structure of a corn kernel.

Corn is a healthy cereal. It contains high dietary fiber, potassium, two fat-soluble vitamins, A and E, and most of the water-soluble vitamins except vitamin B12. Maize kernel also contains high levels of phytosterols and antioxidants which have been shown to reduce blood cholesterol concentrations. Corn is a popular food enjoyed by people in various forms such as flour, bread, snacks, porridge, gruel, steamed products, alcoholic and non-alcoholic beverages, and breakfast cereals. It was also used as livestock food and biofuel. 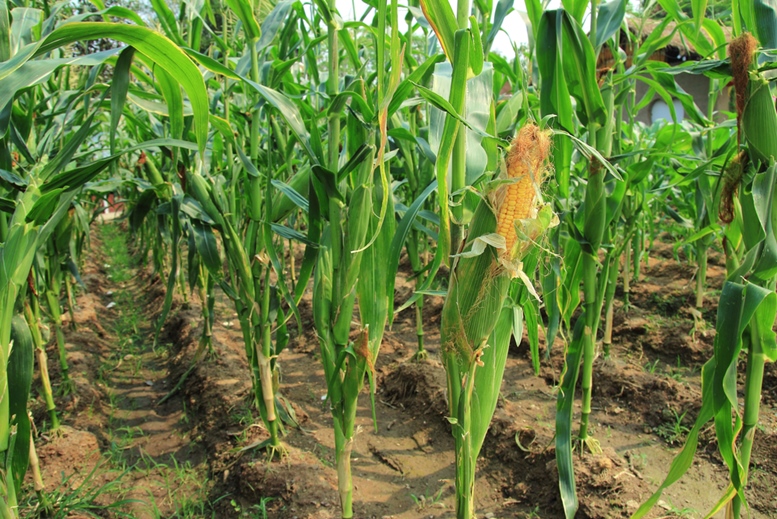 The plant of maize 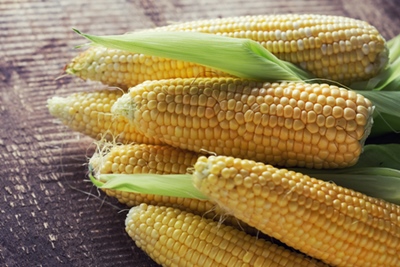 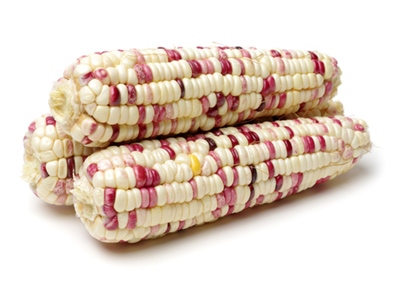 The protein content of corn ranges from 5-10%. The major type of corn protein is known as zein, accounting for 44-79% of total protein content. The nutritional value of zein is not as high as other cereal protein because of its lack of essential amino acids such as lysine and tryptophan. However, for developing countries where dietary protein is scarce, corn could be an important source of protein intake to prevent malnutrition.

Corn is rich in B-complex vitamin, especially thiamin (B1), niacin (B3) and pantothenic acid (B5). The B-complex vitamins are good for skin, hair, heart, brain and proper digestion. There is also a decent amount of phosphorus and magnesium content in the corn. Phosphorous works in association with calcium to maintain the health of your bones and teeth. Magnesium is important for maintaining normal muscle and nerve function, keeping heart rhythm and supporting the immune system.

You may not realize that corn is a dietary source to boost your antioxidants intake. Phenolic compounds are abundantly present in the corn, especially in the bran. The major phenolic compounds found in maize is ferulic acid and anthocyanins. Ferulic acid is a unique phytochemical found mostly in grains and very low amounts in fruits and vegetables. Corn bran has the highest ferulic acid content followed by barley and wheat. Maize has the second highest concentration of anthocyanins, which is the same kind of beneficial antioxidant presents in the blueberries. Besides, corn also contains a good amount of antioxidant carotenoids including lutein and zeaxanthin.

The presence of vitamin A, C and K together with beta-carotene and selenium in corn help to improve the functioning of the health of immune system. Fat-soluble vitamins are potent antioxidant and immune system booster. Both vitamins A and D contribute to immune function by binding to their respective receptors, directing cellular functions that promote healthy immune responses.

The rich content of potassium in corn is important for maintaining a healthy blood pressure. A consistent body of evidence from observational studies and clinical trials indicates that high levels of potassium are associated with lower blood pressure. It works by balancing the negative effect of salt and maintain a proper amount of body fluid. Also, the essential fatty acids, especially linoleic acid, also helps. Studies have suggested that dietary linoleic acid intake may contribute to prevention and control of adverse blood pressure levels in general populations.

Atherosclerosis is known to be the major factor leading to heart diseases. Eating corn is beneficial for your heart health. Its antioxidants content such carotenoids can substantially reduce the risk of atherosclerosis. It works by scavenging the free radicals which are known to medicate the oxidation of low protein lipoprotein and lead to a chain reaction that alters the functionality of your vascular cells. The cholesterol lowering effect of the phytosterols of corn also helps to reduce the risk of atherosclerosis by decreasing the amount of LDL cholesterols that is available for the free radicals to attack.

The Galanthusnivalis agglutinin (GNA) in the corn, also known as snowdrop lecithin, is believed to have a potential anti-HIV activity. GNA works by preventing the viruses from penetrating to the host cells. On the surface of human immunodeficiency virus, there are sugar-binding proteins that can crosslink with glycans and prevent other interactions with the co-receptors. GNA bind to the sugar and inhibit the viral life cycle, thereby decrease the chances of virus infections.

The antioxidants of corn, including vitamin E, carotenoids and ferulic acids, reduce the oxidative stress and scavenge carcinogens. Ferulic acid shows a potential in reducing the breast cancer and liver cancer. The lutein content of corn exertsa chemopreventative effect against colon cancer. The GNA of corn also shows an anti-cancer effect.

Side effects of eating too much 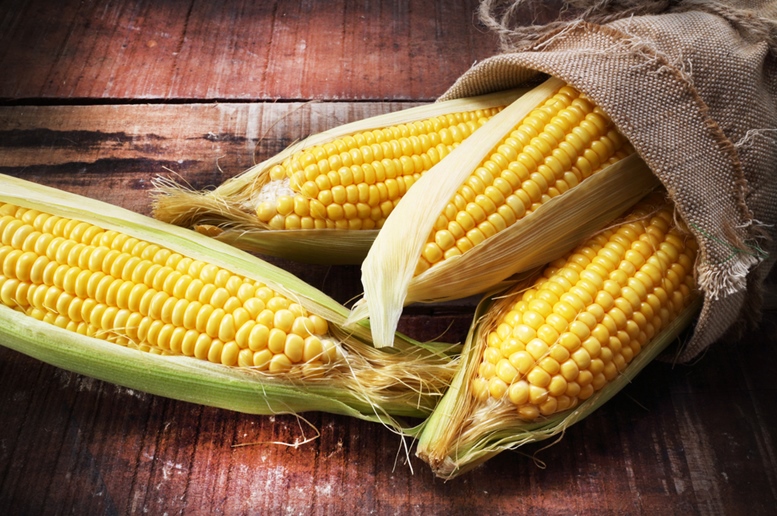 Corn is perfectly safe for most people when consumed in a moderate amount.Like most of the food, corn should be taken in excessive amount. Precautions need to be taken for people with special conditions. 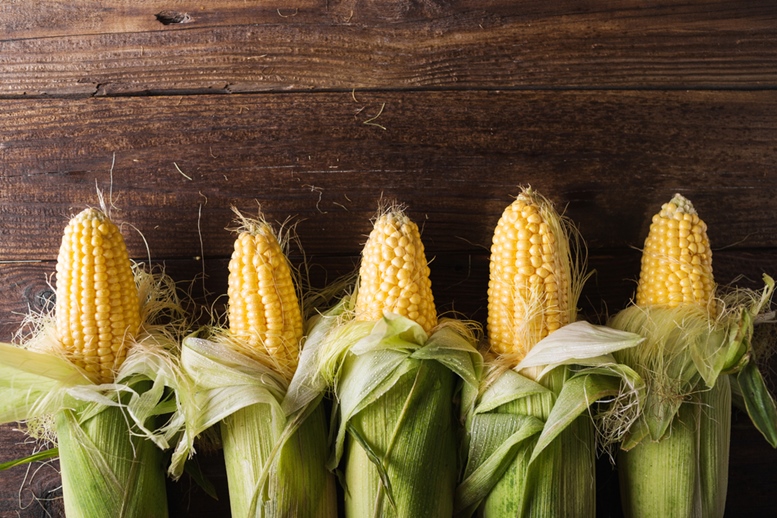 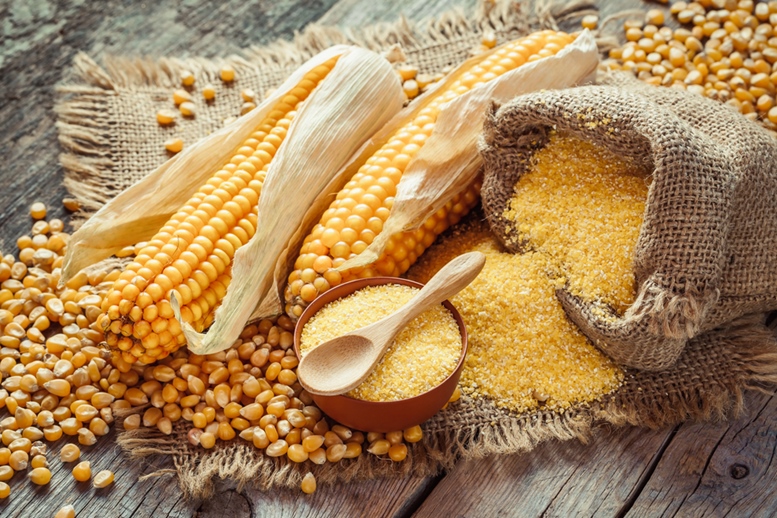 For one ear of medium corn (103 g, cooked without salt), you will get the following macro- and micro-nutrients: 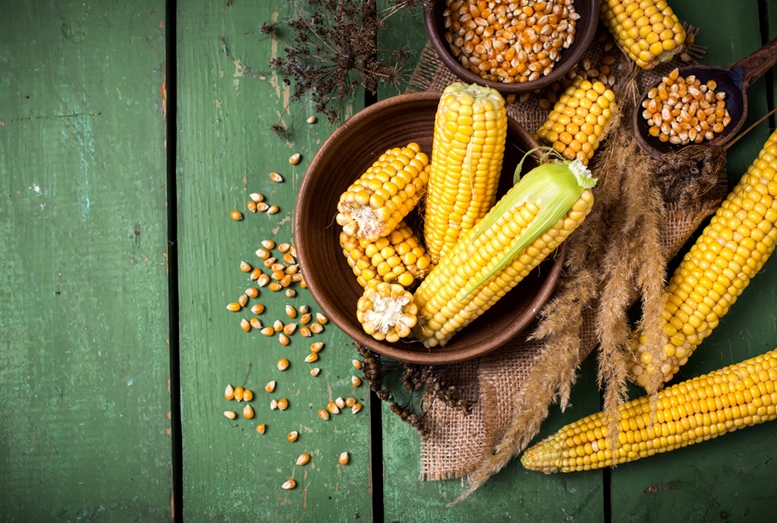 Archaeological evidence proves the presence of maize in the Balsas river valley region of Mexico around 8700 years ago. Now, it is hard to trace back the ancestor of modern maize because now there is no wild plants that look like maize with soft and starchy kernel fully filled a cob. It was believed that ancient farmers in Mexico started domesticating maize by simply choosing the kernels that taste better, grows larger or easier to grind to plant. The farmers saved kernels from the plant with desirable characteristics and planted them for the next season. Later, maize was introduced into Europe following the European discovery of the Americas. The first historical record dated back to 1493 when maize is carried from the Caribbean to Spain by Columbus.

In 2010, the world production was about 845 million tons. The United States, China, Brazil and Mexico being the world’s leading suppliers of maize. The U.S. alone represents the highest maize production with 316 million ton of maize harvested, almost 40% of the world’s maize production. The second leading producer country, China, contributed 20.7% of the production. Nowadays, maize tortillas and derived products are still the staple foods of Mexico and Central America. Corn chips and tortilla chips are widely available in the market of USA.

The largest single use of corn is extracted corn oil. It is also used to make food ingredients such as refined corn starch and corn syrup. Corn starch has a very wide range of industrial and food application. Over 90% of the starch used in the U.S. is corn starch. Corn syrup is used as a sweetener and it accounts more than 56% of the U.S. sweetener market. It is produced by enzymatic or acidic treatment of corn starch to hydrolyze it to a dextrose solution. 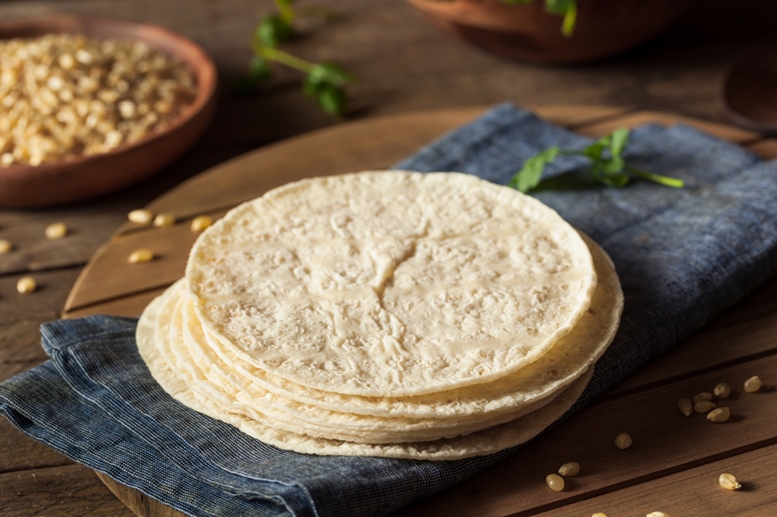 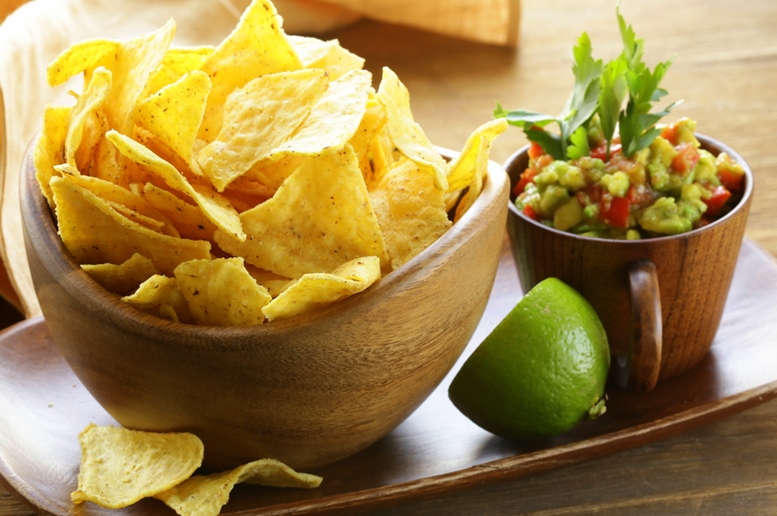 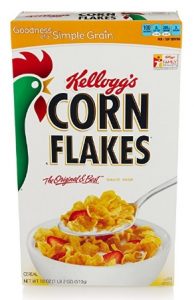 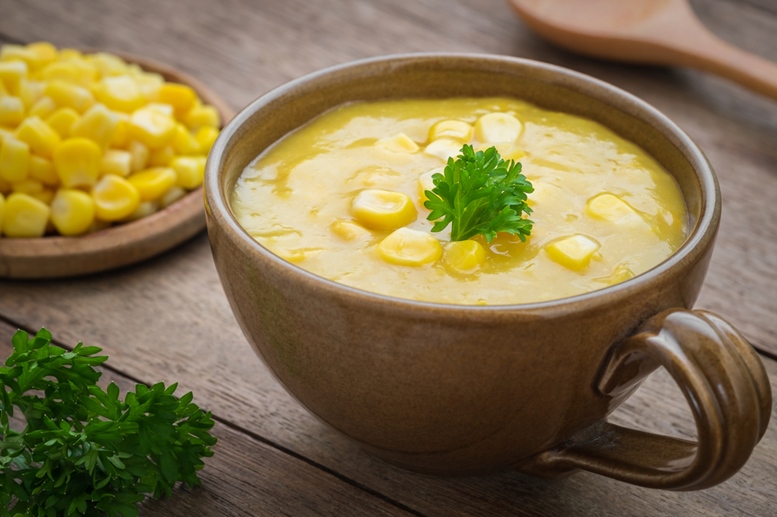 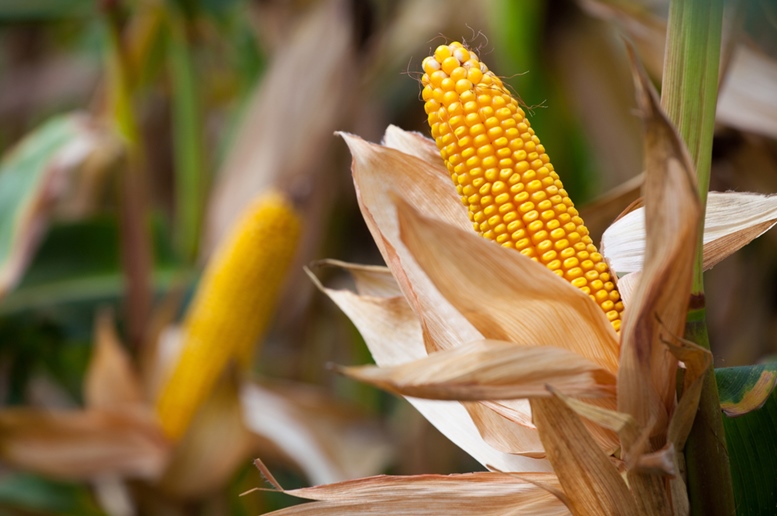 Thanks for reading. Hope you enjoy eating corn 🙂 Be thankful for corn!