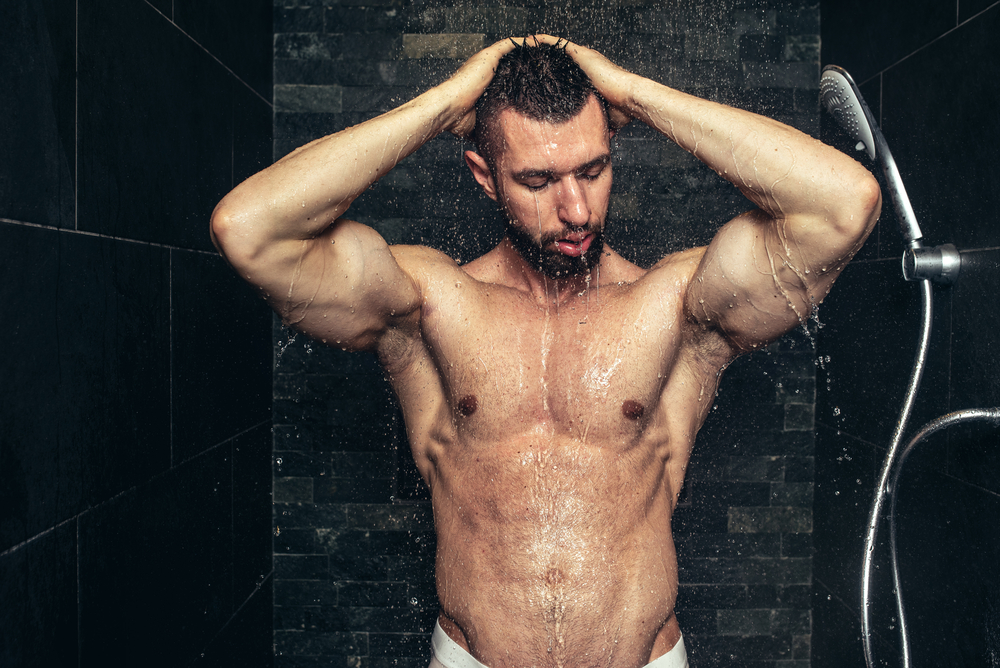 Also read: Health Benefits of Cold Vs. Hot Showers – So Which is Better?

Extreme Temperatures Can Have Significant Effects On Your Body

Whether you choose to endure an icy cold bath or turn up the heat after a good workout, you should understand that extreme temperatures can have a major impact on your body. For this reason, it’s crucial that you understand the effects of both heat and cold before you decide to tidy up after a vigorous time in the gym. Before we move on, let’s be clear first that when we talk about hot shower, we’re not talking about shower that’s hot enough to cook your skin. Generally speaking, a hot shower should not go beyond 46ºC or 115ºF. Experts agree that the magic number is 112ºF. In the same manner, when we talk about a cold shower, we’re talking about a shower with temperatures ranging from 10ºC to 15ºC, and do not go beyond 59ºF. Now that we have established that, we can move on.

I want us to focus on just two medical terms: vasodilation and vasoconstriction. First, let’s define ‘vasodilation’. In simple terms, vasodilation refers to the widening of the blood vessels, usually of the large veins and arteries, as well as the small arterioles. This happens when smooth muscle cells within the walls of the said veins relax. When you shower in hot water right after an intense exercise routine, you are causing your blood vessels to dilate. This results in the stimulation of blood flow to the skin, which in turn helps soothe sore muscles. This is the reason that you feel relaxed when taking a hot, or, even just a warm bath after working out or playing sports.

Vasoconstriction, on the other hand, is the opposite of vasodilation. The process involves the narrowing of the blood vessels. When you take a cold shower following a strenuous workout, your body temperature drops, resulting to vasoconstriction. This results to the moving of blood flow towards your body’s vital organs. This leaves your muscles alone to rehabilitate themselves. Cold water does not only narrow the blood vessels, but also lowers the temperature of damaged muscle tissues. This helps prevent the swelling of the muscles and aids in recovery.

Cooling Down Is The Key

If you come to think of it, showering in hot water and showering in cold water right after workout each has its own benefits. Even professionals agree that there is not one approach. Most experts would acknowledge, though, that whether you prefer to shower in ice-cold water or hot water after working out, the key to post-workout success is cooling down. Unfortunately, a lot of workout monsters take this vital step for granted. They understand the benefits of taking either a cold or a hot shower after exercising, but they fail to realize that the key is not on whether you turn the temperature in the bath high or low, but on how you give your body the chance to transition from activity back to a state of rest. Even athletes give their bodies the time to cool down after an intense game. Runners also do the same. For decades, it has been a well-known fact that cooling down is a crucial part of any form of exercise or sport. In fact, cooling down after exercise or the lack of it will determine your success, whether you’re a serious athlete or a mere gym-goer.

So, why is cooling down such a big deal and what is its relation to taking either a cold or a hot bath after working out?

Engaging in strenuous activities like exercising or lifting weights activate the body’s sympathetic nervous system. This is the one that’s responsible for the body’s “flight or fight” response. This is the one that’s responsible for increasing your heart rate, causing your eyes to dilate, and raising your blood pressure, like when you’re running for your life, or perhaps when you’re asking someone on a date this coming Valentine’s Day. Now, as soon as you start slowing down from exercising, your sympathetic nervous system shuts down. At this same moment, your parasympathetic nervous system takes over. When this happens, your blood pressure begins to drop, your heart rate slows down, and your blood vessels relax. If you fail to cool down and suddenly stop what you are doing, blood may pool in the large muscles of your legs, which may result to dizziness or even fainting. It’s the same feeling you get when you suddenly stand up after squatting down for a minute or two.

In connection to taking a shower without cooling down, experts agree that hitting the shower right after a rigorous workout, whether it’s with cold or hot water, might dilate your blood vessels, resulting to a heart attack. This is especially true if you have some sort of heart condition. By cooling down after a hard workout session, you are giving your body the time to go back to a state of rest. This means allowing your heart rate, as well as your body temperature, to go back to normal. So, if you have other commitments right after your scheduled exercise, make sure you give enough allowance between working out and hitting the shower. You can also schedule your sessions on days when you won’t have to hurry to get to another appointment. Or better yet schedule it on a day when its the last thing you will have to do. But, either way, experts advise that you give your body at least 20 minutes to cool down and normalise after working out. Once you’ve done that, it’s up to you next whether you’d want to enjoy an ice cold bath or a nice warm shower.

Who Has The Last Word?

You may say that it’s just a bath, but studies and testimonies from numerous serious gym-goers say that it can either help you or hurt you. Also, it’s hard to admit, but no one has the ultimate evidence yet as to which type of bath is most advantageous post-workout.

If you still have concerns, or, if you have underlying health issues that make you unsure which path to take, don’t hesitate to seek professional advice. Your doctor or professional fitness trainer must always have the last word. They are highly qualified and are able to give you advice that will help you achieve optimum health while meeting your fitness goals at the same time. 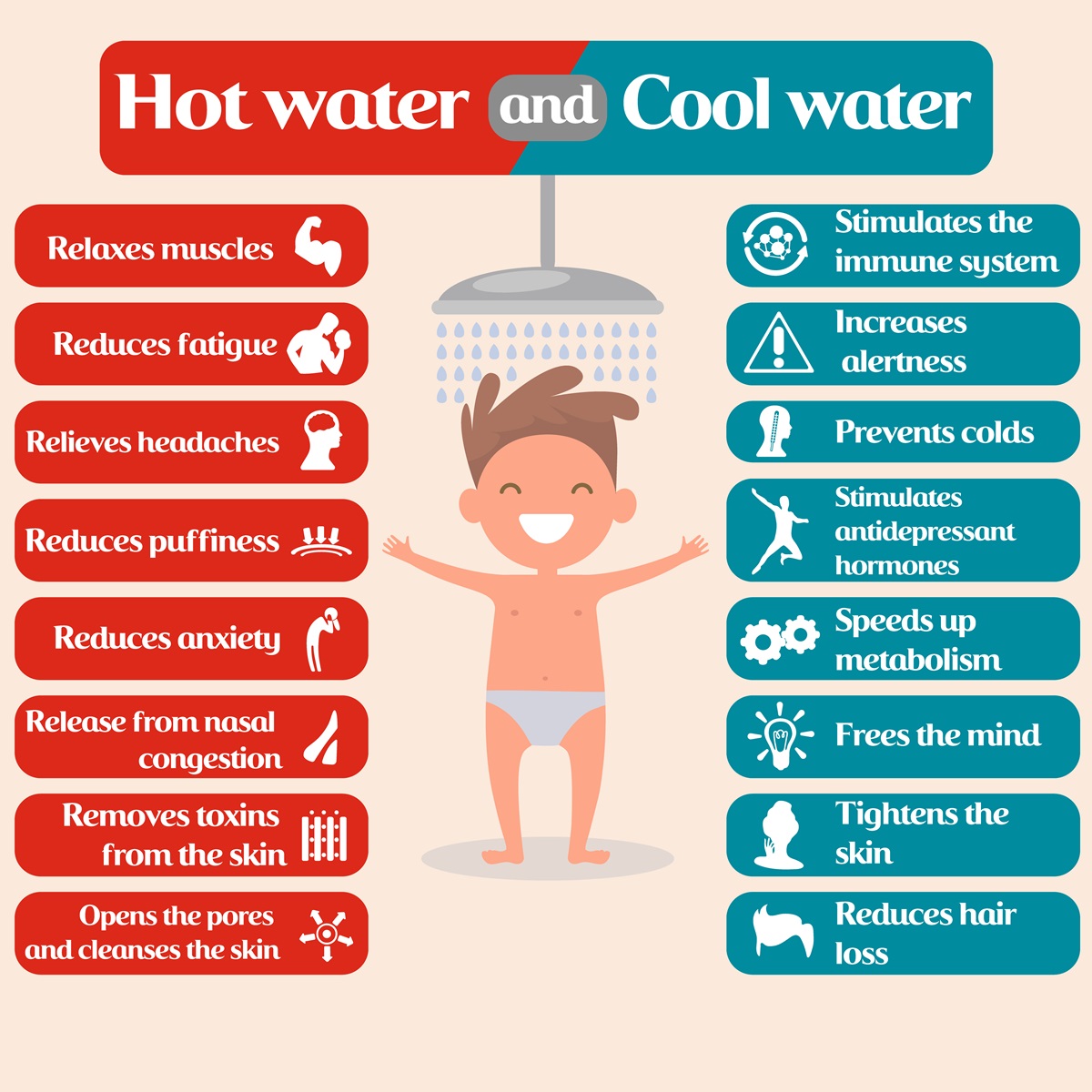