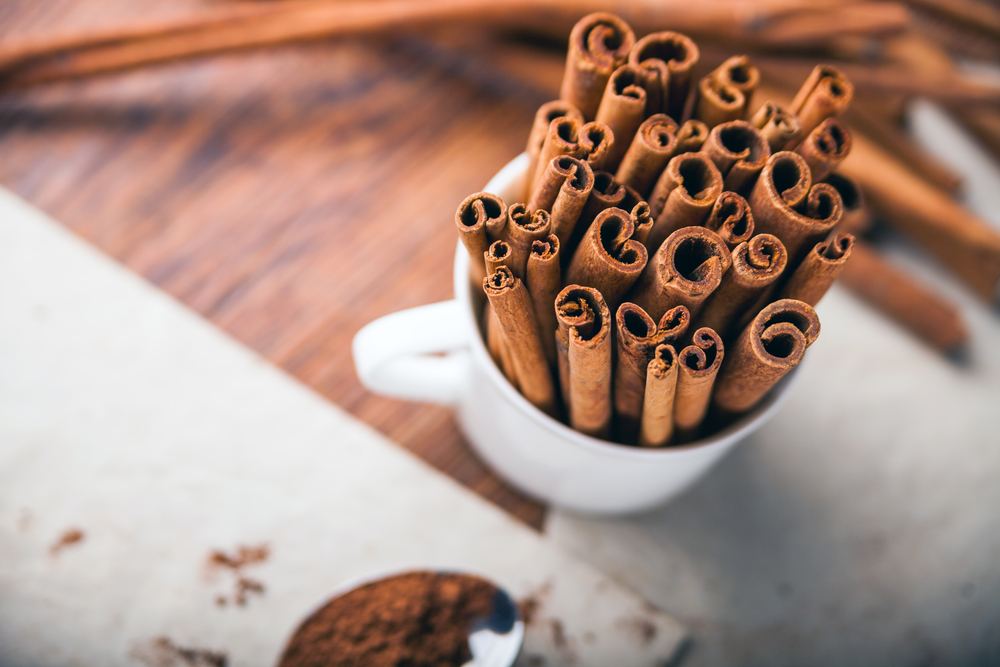 Cinnamon is one of the most powerful spices known to human beings. It has been used in cooking and medicine around the world for centuries and takes a special space in every house’s kitchen. Although people love cinnamon for its unique smell, beautiful color, and unbelievable flavor, this spice has literally tons of scientifically proven health benefits. 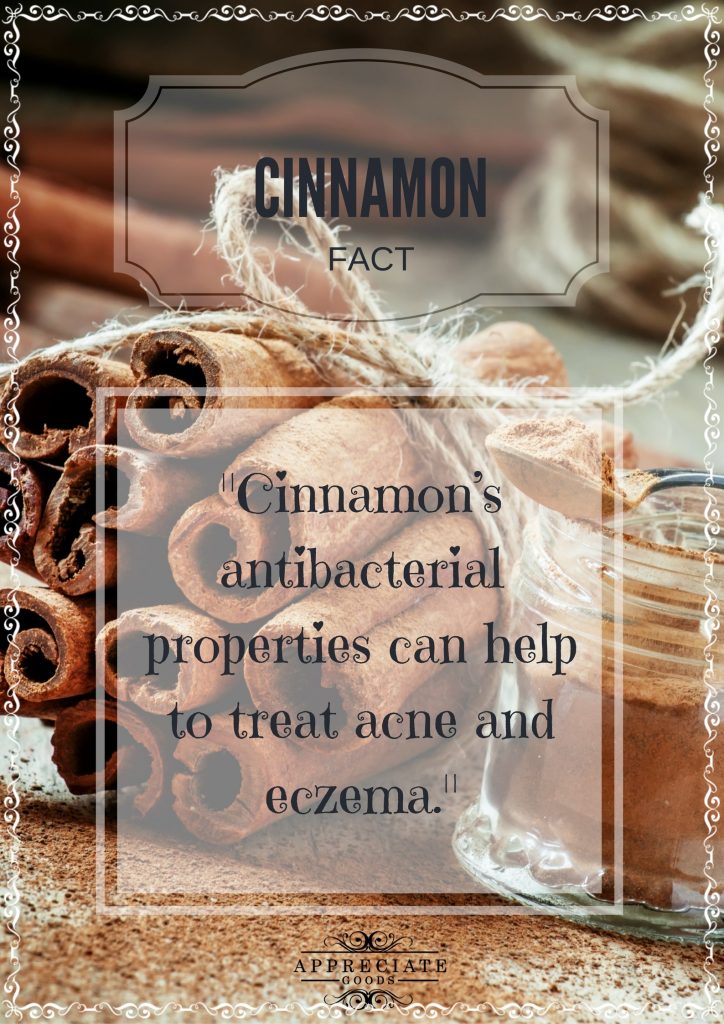 We’ll help you discover the enormous healing power of cinnamon and its amazing best health benefits, the most delicious ways to use it in your meals, and choose the right cinnamon type according to your needs. But first, let’s learn some facts about the history of cinnamon.

The History of Cinnamon

Cinnamon wasn’t as commonly available in the past compared to our days – it was rare and highly demanded. The history says that cinnamon was a crucial factor leading to the world exploration in the 15th century.

The most astonishing fact is that cinnamon is mentioned in the Bible. The history of this amazing spice dates back to around 2800 BC, where cinnamon can be found noted as kwai in a number of Chinese writings.

Native to Sri Lanka, it was also used in China, Rome, and Egypt. A ‘true’ or ‘authentic’ cinnamon of the old times came from the Ceylon zeylanicum tree, while the most modern version of cinnamon comes from the Chinese cassia tree.

In ancient Rome, cinnamon was usually burned during funerals – it’s believed that they did it not because of ritual traditions, but to prevent or kill the odor of dead bodies. It was also used to mask the taste and smell of spoiled meats. The ancient Egyptians used cinnamon in embalming mummies due to its good odor and preservative qualities.

Not All Cinnamons Are Created Equally

Did you know that there are two types of cinnamon? As you probably already guessed, there are Ceylon cinnamon and Cassia cinnamon. Cassia cinnamon, also known as Chinese cinnamon, originated in Southern China and comes from the Cinnamomum cassia tree. It’s usually dark red-brown in color with thick sticks and a rough texture. It’s the type that available in the supermarkets worldwide and consumed by millions of people. Why? Perhaps, because it’s cheap. But keep in mind that Cassia cinnamon is of relatively low quality compared to its counterpart.

Ceylon cinnamon is known for its high quality and high price, not to mention that it’s hard to buy in the nearest grocery store. It has a tan-brown color tone and a lot of tight sticks with lightly soft layers. It boasts milder flavor and aroma than Cassia cinnamon.

If you’re lucky to have a choice between Cassia and Ceylon cinnamon, consider the ways you’re going to use it. If you’re looking for a strong flavor, choose Cassia. If your aim is to boost your overall health, it’s always better to opt for Ceylon cinnamon.

Apart from the pleasant and comforting smell of cinnamon, this powerful spice boasts many scientifically-proven health benefits. It may be effective in lowering blood pressure, controlling blood sugar and insulin activity, promoting wound healing, fighting bacteria and warding off those common winter colds. Other reasons to add cinnamon to your daily diet are:

According to a study conducted by The University of Hong Kong, cinnamon has the highest protective antioxidant levels among 26 popular herbs. Antioxidants, including flavonoids, phenolic acid, and polyphenols, found in cinnamon can help to fight free radicals, reduce oxidative stress in the body, and protect the body from many diseases.

A research showed that cinnamon helps to increase brain activity, and when consumed regularly, can also help to reduce the risk for Alzheimer’s and Parkinson’s diseases. Cinnamon activates neuroprotective proteins, which prevent the damage and mutation of brain cells, lowering the negative effects of oxidative stress. Thanks to its high anti-inflammatory and antioxidant compounds, cinnamon slows down the aging of the brain and overall body.

According to a Thames Valley University’s study, consuming cinnamon helps to control blood pressure and blood glucose levels, the common threats for causing a stroke and heart disease. Cinnamon improves blood circulation and stimulates the tissue’s ability, including heart tissue to repair itself after damage.

This spice boasts powerful antibacterial properties that ward off harmful bacteria that may damage your teeth and cause gum disease. Cinnamon oil can be effective in relieving a toothache, according to a Amity University’s study. Just apply a few drops to your aching tooth and see your dentist immediately.

Another research showed that cinnamon may relieve the most symptoms of ADHD, including fidgeting, forgetfulness, becoming easily distracted, impatience, daydreaming, general inattention, difficulty concentrating, excessive talking and difficulty keeping organized, among the others. These symptoms can affect adults and children alike.

Cinnamon has anti-diabetic properties. It helps to keep healthy blood sugar levels and is effective in improving sensitivity to the hormone insulin – a critical hormone that regulates blood sugar levels. Cinnamon helps to reduce bad LDL cholesterol levels and strengthen heart health, which is very important to people suffering from diabetes.

Adding a dash (or two) of cinnamon to your drinks and meals will help you fight fat and lose those unwanted pounds. It is low in calorie and can satisfy your sweet tooth just like sugar does. Sprinkle cinnamon over any sliced fruit like bananas or apples when you crave something sweet. It will help you feel fuller for a longer period and prevent overeating. Consuming cinnamon also helps to control multiple metabolic pathways, which can also aid in weight loss.

The antioxidants found in cinnamon, particularly flavonoids, which help to combat dangerous inflammation levels throughout the whole body. A study conducted by the University of Western Sydney found that the components in cinnamon may be effective in the treatment of many age-related inflammatory conditions.

This powerful spice may help relieve and prevent muscle soreness, making it the perfect post-workout ingredient. No wonder, cinnamon is often referred as a natural anti-inflammatory.

Salmonella, often considered as food poisoning, is a serious bacterial infection that leads to the inflamed intestines and happens when you eat store-bought eggs, seafood, meats, and unwashed fruit or vegetables. Cramping, fever, nausea and diarrhea are the most common symptoms of salmonella. Cinnamon powerful antibacterial properties and its natural oil can be used to wash spinach, romaine and iceberg lettuces to fight salmonella, according to a study conducted by the University of Arizona.

Cinnamon is a great alternative to Ibuprofen to treat primary dysmenorrhea and relieve menstruation cramps. This powerful spice is also an excellent source of manganese, calcium, and fiber, and boasts potent antispasmodic properties, making it an effective pain reliever.

Cinnamon’s antifungal mechanisms may help to ward off the most common type of yeast infection called candida strains. Although yeast infections typically happen in the vagina, they can also affect the area around the testicles, under your breasts, and even under your knees.

How Much Cinnamon Can You Safely Consume Each Day?

We recommend consuming 1 to 4 grams of cinnamon powder per day. If you’re going to use cinnamon oil, make sure you use no more than 0.05 grams.

1 teaspoon of cinnamon (2.6 grams) contains only:

The Possible Side Effects of Cinnamon

Eating too much of anything can cause side effects, so if you consume more than 5 grams of cinnamon each day, you may experience complications. Overall, all-natural cinnamon doesn’t lead to allergies and negative reactions, unless you are taking cinnamon supplement or using an essential oil.

If you just had surgery, diabetes, suffer from liver disease, or you’re pregnant or breastfeeding, consult your doctor before taking cinnamon supplements, no matter how all-natural they are.

8 Healthy Ways to Include Cinnamon in Your Diet

There are many healthy and tasty ways to add cinnamon to your daily diet, but some of the best ones include: 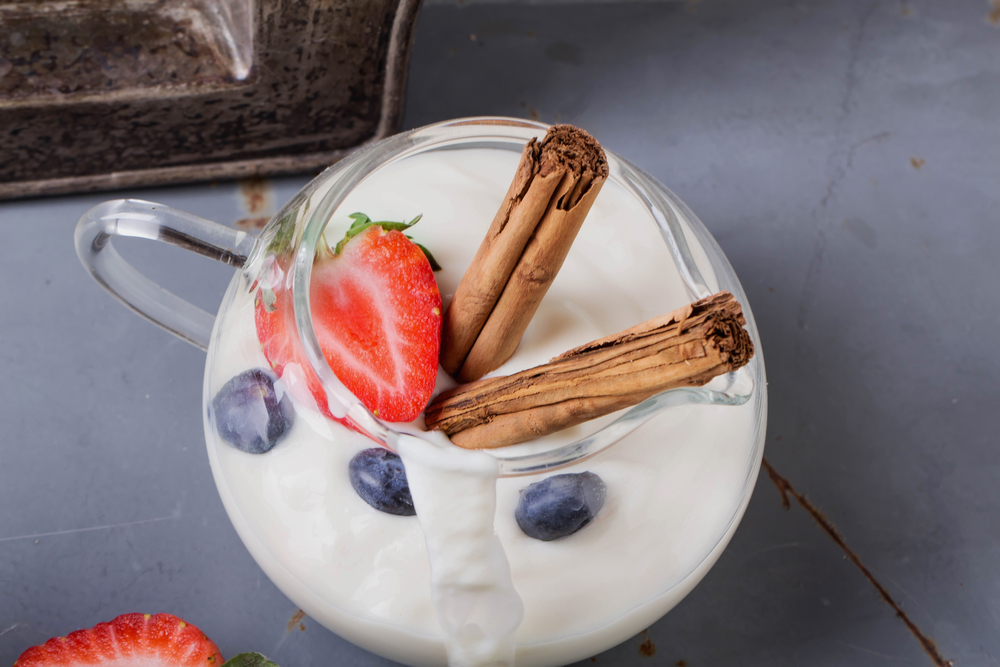 Add a pinch of cinnamon to your tasty yogurt. When combined together, they can be very beneficial to your overall health. Just be sure your yogurt contains no added sugars.

Cinnamon goes well with many beverages, and some cinnamon lovers consume it with black tea. Try adding a pinch of cinnamon to your freshly brewed coffee, or sprinkle over your hot chocolate. 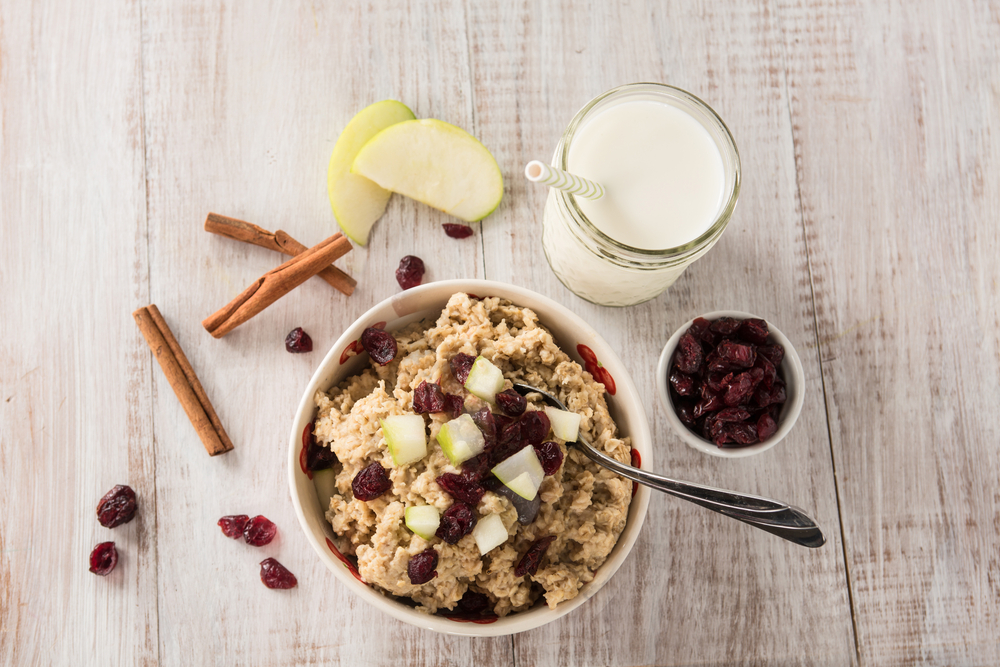 Add a hint of fall-inspired flavor to your morning oatmeal with cinnamon. Add in crushed nuts, fresh berries, and anything you love in your oatmeal and enjoy an even healthier breakfast. 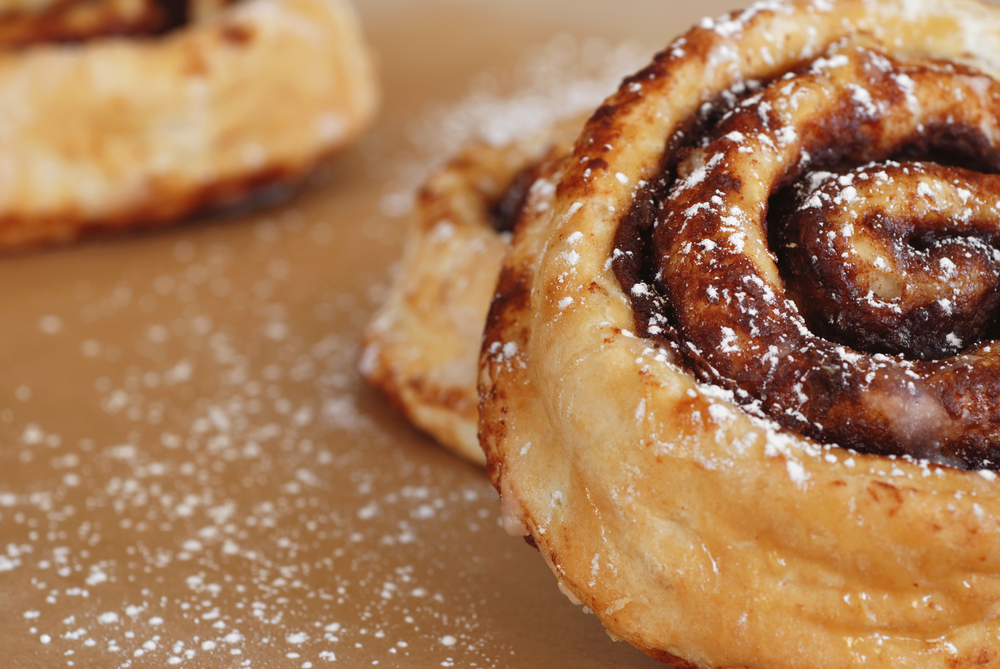 Cinnamon goes perfectly well with baked goods, including cupcakes, pies, and cakes. Just sprinkle a dash over your baked goodies and voila. 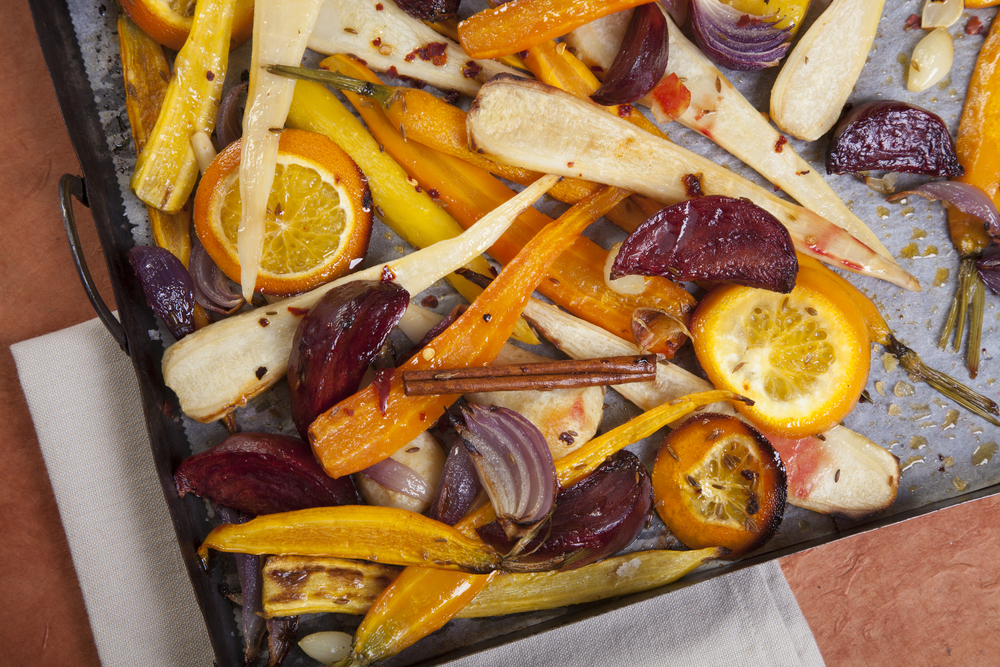 When roasting sweet potatoes or other root vegetables, you can definitely add cinnamon along with salt, rosemary, and other spices that you like. 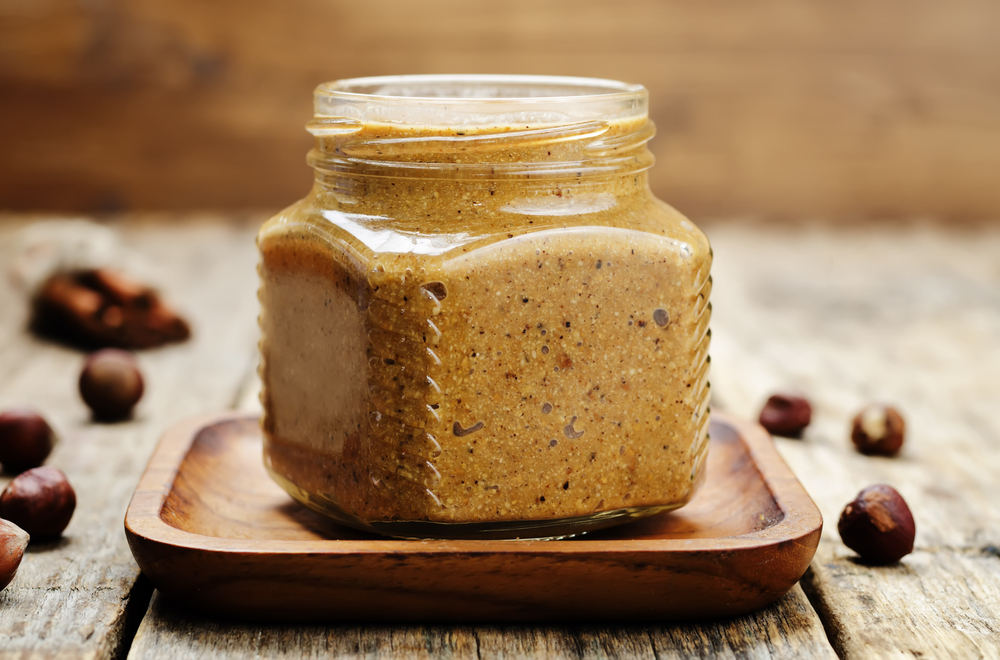 Have you ever tried a cinnamon and nut butter sandwich? No? You have to try it because cinnamon nut butter boosts energy and is jam-packed with nutrients your body needs to function properly. 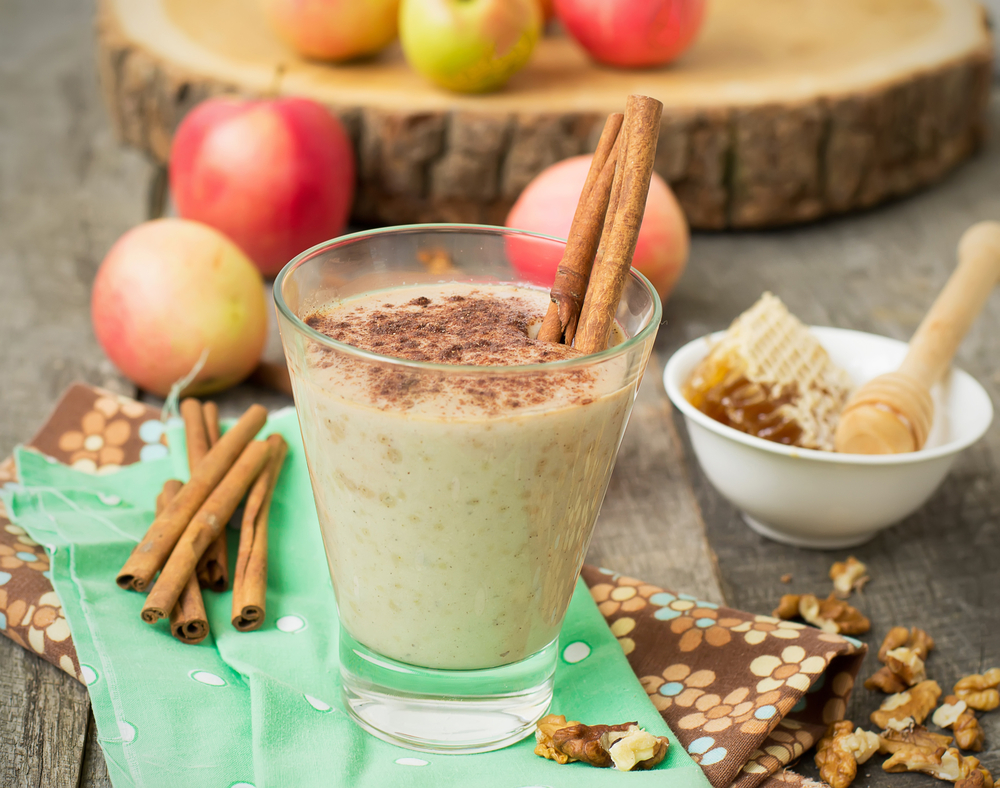 Be it a green or fruit smoothie, cinnamon will not spoil its taste. Adding cinnamon powder instead of sugar (honey is good too) to reduce calorie intake. Find the recipe below. 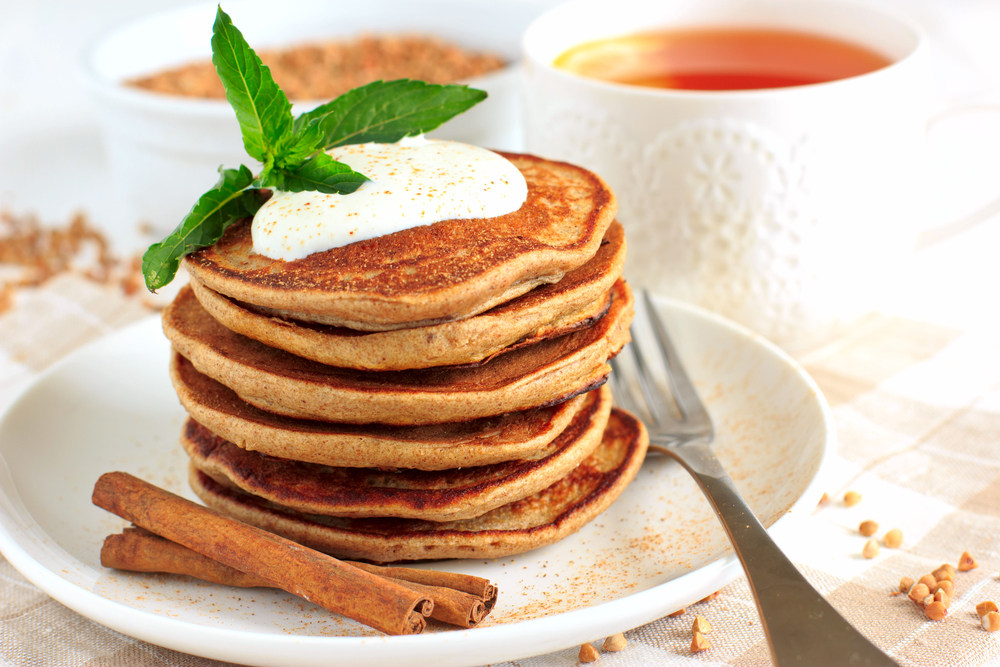 Add this powerful spice to your pancake batter. It will add flavor and make your ordinary pancakes unbelievably yummy.

Now that you know some of the best health benefits of this incredible spice, it’s time to learn how to incorporate it into your meal plan. Here are some tasty cinnamon recipes to consider: 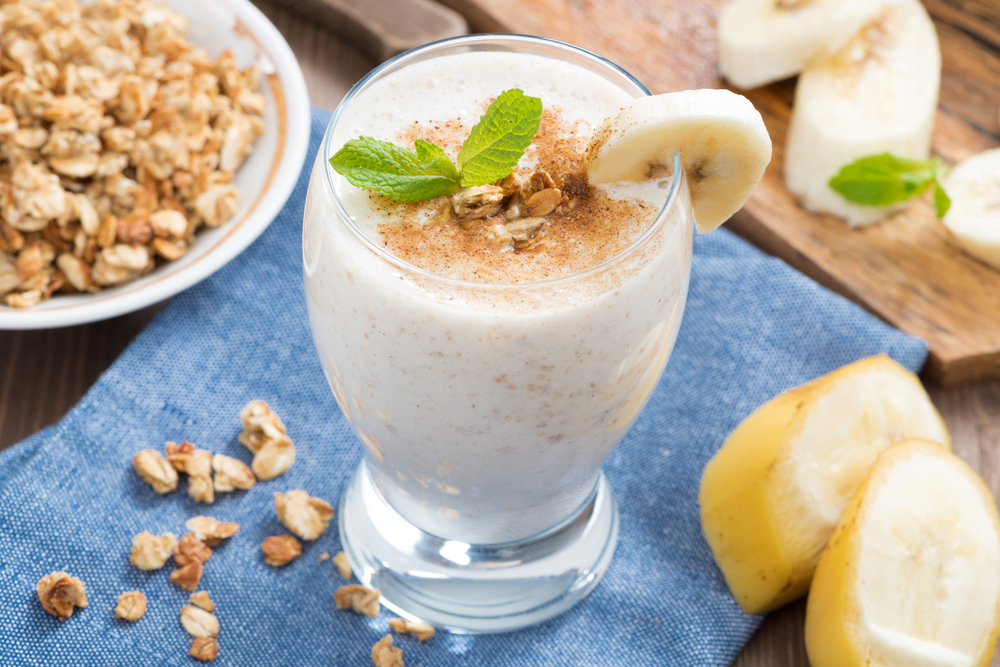 You can add cinnamon to any smoothie you like, having a protein-rich smoothie in the morning is a quick way to increase your energy levels and give your body enough nutrients to get you throughout the day.

Mix water or milk with protein powder. Add the other ingredients and blend until smooth.

This homemade cinnamon bread is easy and quick to make and it’s absolutely healthy. Give it a try.

Make small pieces of the pizza dough and roll them into one inch balls. Put them on a plate.

Now drizzle the remaining butter mixture over the balls and sprinkle with any remaining sugar and cinnamon mixture. Bake for about 40 minutes, or until golden brown. 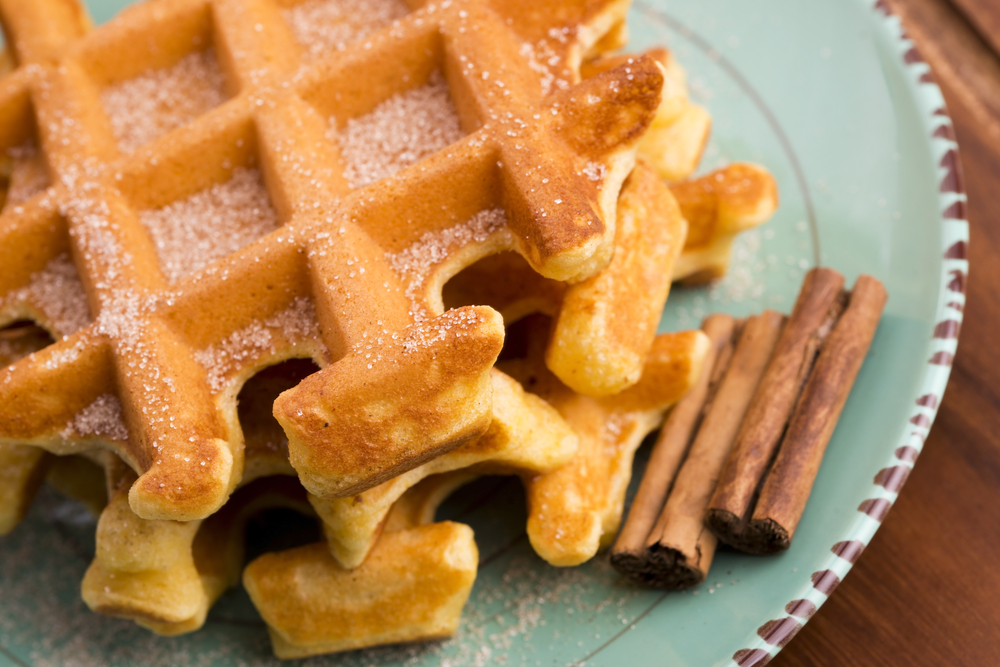 These cinnamon waffle fingers make a wonderful treat for your little ones. Plus, they take only a mere 5 minutes to make.

In a medium skillet, melt the butter (opt for a sodium-free version) with the cinnamon and sugar over medium heat. Cut the waffle into ½ inch sticks. Add them to the melted butter and cook for 2 to 3 minutes, turning them often, until crisp and caramelized. Enjoy! 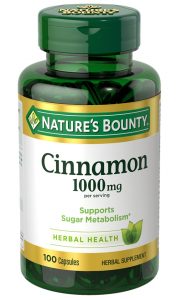