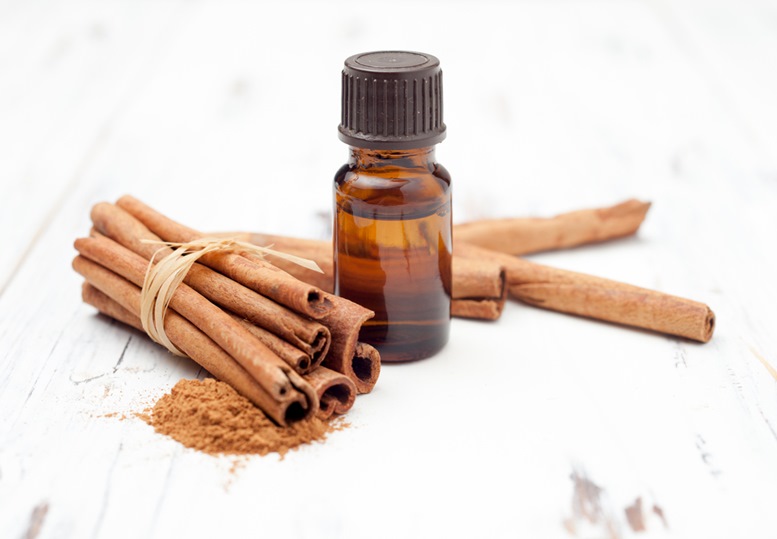 It’s impossible not to recognize cinnamon only by its aroma. Kids love its bitter-sweet taste and adults alike are lured by its sweet and spicy-hot fragrance. As a spice it’s simply one of the must-haves in the kitchen. But, apart from its flavor and smell, this spice can actually be the answer to a dozen of health problems. Cinnamon is not only known for being a popular kitchen spice, but is very famous for its essential oil. And like essential oil from any other botanical, cinnamon essential oil has a number of uses and health benefits.

A Background On Cinnamon 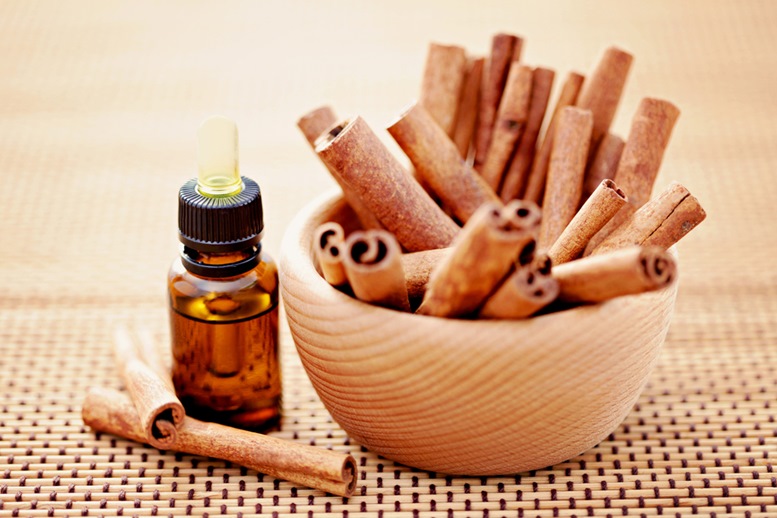 Cinnamon is obtained from the inner bark of tree species under the Cinnamomum genus. There are actually a dozen of trees that belong to this genus, although only a few are commercially grown for spice. In ancient times, cinnamon was highly valued and was regarded as a gift worthy for a god. It was used in Egypt from as early as 2000 BCE, but throughout the centuries, the real source of cinnamon remained a mystery. Of course, we now know that the largest percentage of the world’s cinnamon production comes from Sri Lanka, where the C. Verum specie is mostly grown. This particular specie is actually what is referred to as “true cinnamon” and is where most of the commercially sold cinnamon essential oil is extracted from, along with C. Cassia, which originates from China.

Cinnamon is well known for being a culinary spice. It’s very popular for baking and is used in cookies, puddings, pies, and bread. And who can forget cinnamon rolls? There’s just something about cinnamon that makes it excellent for adding a dash of liveliness to any dish such as winter squash or baked sweet potatoes. It is even used to add flavor to oatmeal and other cereals.

Aside from being a culinary spice, cinnamon is also sometimes used as a deodorizer. A few drops of its essential oil mixed with water is enough to eliminate door in a small room. In some cases, it can also be used as an all-purpose cleaner along with vinegar. Its strong aroma also makes it an excellent insect repellant and works very well when you’re looking for something to avert ants and other bugs. 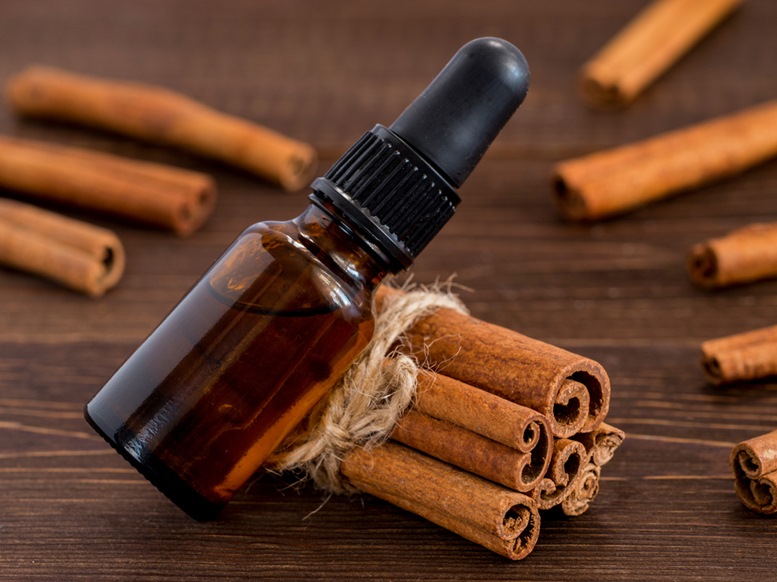 Cinnamon essential oil can be obtained by pounding the bark of the cinnamon tree, softening it through maceration in seawater, and then distilling the whole. The oil is golden-yellow in color and has a very hot, aromatic taste and odor. It has very strong therapeutic properties and can offer quite a number of health benefits. Here are some of them:

Cinnamon is considered a brain tonic and can greatly boost the functions of the brain. It helps relieve nervous tension and improve the memory. The scent of this spice alone is enough to boost brain activity. According to research, people who use cinnamon have a great attention span, visual-motor response speed, working memory, and virtual recognition memory. If you’re looking to fight memory loss, stress and anxiety, cinnamon essential oil will be of great help.

Cinnamon has a blood-thinning compound, making it excellent for improving blood circulation. This ensures enough supply of oxygen to your body’s cells, leading to a higher metabolic activity. Just by using cinnamon essential oil regularly, you can greatly reduce your chance of suffering from hypertension and even heart attack and stroke.

Your kidney function is another thing that could benefit from regular use of cinnamon essential oil. It’s not a surprise that cinnamon could help promote kidney health since it has anti-fungal and antimicrobial properties that make it effective in preventing and fighting off infections. If you’re always suffering from urinary tract infection, oil extract from cinnamon can prove to be of assistance to you.

One of the most notable qualities of cinnamon is its aroma, so it’s not a surprise that it works well as a decongestant. Aside from that, since cinnamon is anti-fungal, it also helps relieve symptoms of respiratory conditions such as flu and colds. It’s especially useful when you’re having a sore throat and congestion problems.

Cinnamon has been used as a natural remedy for pain for a very long time now. Its essential oil, in particular, plays a vital role in alleviating pain related to pulled muscles and joint problems. If you’re dealing with stress-related aches, for instance, mix 3 drops of cinnamon essential oil with 2 spoons of any carrier oil of your choice and use the mixture to massage the area where you feel pain. Regular use of such mixture will help soothe back pains, muscle knots, and the like.

Cinnamon contains different components that are especially useful in dealing with ulcers. One of these is eugenol, which offers anti-clotting, antiviral, anti-fungal, and antibacterial benefits. It helps soothe pain from different types of ulcers. Studies have also found that cinnamon helps get rid of the H. pylori bacteria. This type of bacteria is what’s usually responsible for duodenal ulcers, as well as gastric lymphoma and gastritis.

We all know that cinnamon is good for the tummy, but not only because it’s flavorful, but mainly because it helps promote healthy digestion. It has carminative properties that make it very effective in treating diarrhea, flatulence, upset stomach, vomiting, and indigestion. It’s also effective in eliminating gas from the stomach and the intestines. Moreover, it can help remove acidity and reduce the symptoms of morning sickness.

Due to its high fiber and calcium content, cinnamon essential oil makes and effective protection against heart problems. Fiber helps lower bad cholesterol and can therefore reduce the risk of heart attack and stroke. Calcium, on the other hand, is essential for the heart’s normal functioning. It is involved in the heart’s electrical performance, as well as in the relaxation and contraction of the heart muscles. If you want to ward off high blood pressure and prevent coronary artery diseases, you might want to add a little cinnamon to your diet.

Another very important role of cinnamon essential oil is its ability to reduce your risk of diabetes. It helps control blood sugar, thanks to its water-soluble methyl hydroxy chalcone polymer content. Experts have discovered that this component of cinnamon mimics insulin function and provides almost the same activity as insulin itself. It’s effective not only in increasing blood sugar update by the cells, but also in the stimulation of the synthesis of glycogen, a form of glucose that’s used primarily during exercise. 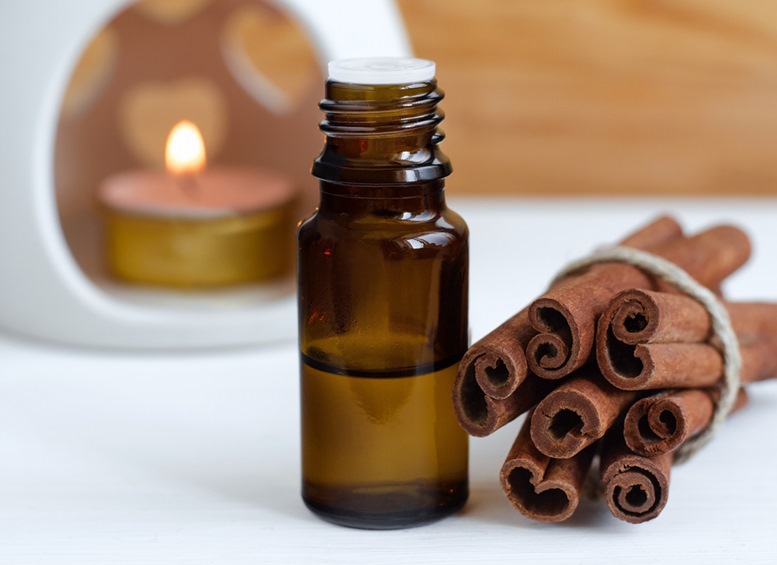 Cinnamon essential oil has other health uses including being a treatment for wounds. Due to its antibacterial, anti-fungal, antiseptic, and antiviral properties, cinnamon can be very effective for treating both internal and external infections. It has also been found to be effective in eliminating germs in the gall bladder, as well as bacteria found in staph infections.

Cinnamon can also be used to relieve menstrual discomfort and cramps. It contains cinnamyl acetate, cinnamaldehyde, and cannamyl alcohol, which are anti-inflammatory and anti-spasmodic and helps relax the pelvic muscles and cut down levels of menstrual pain. Aside from these, here are other important health benefits of cinnamon essential oil:

Possible Side Effects and Risks of Using Cinnamon 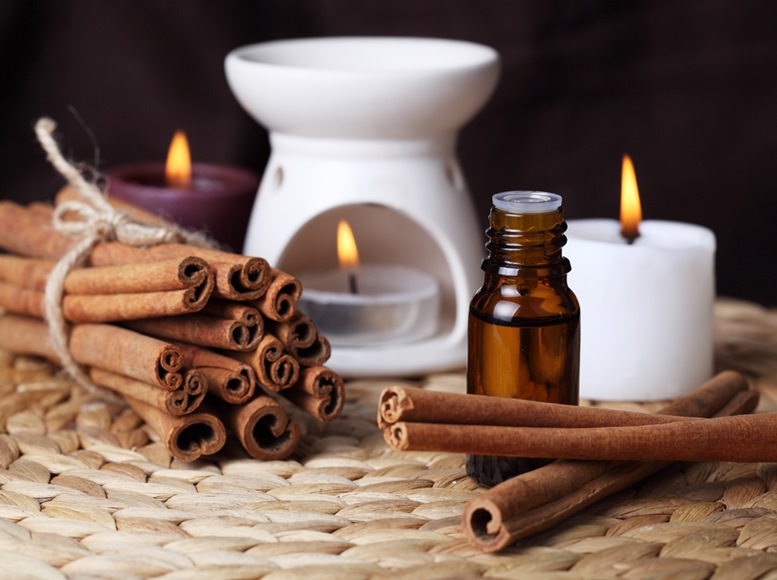 There are not a lot of listed side effects of using cinnamon essential oil. However, it is still advisable to use it moderately, as heavy use has been found to irritate the mouth and lips. When applied to the skin, it may also cause an allergic reaction, some redness and irritation, and possibly sores.

In terms of risks, the C. Cassia variety of cinnamon has been found to be toxic to some people, especially those suffering from liver problem. Individuals who have diabetes should also follow some precautions when using cinnamon since it may lower blood sugar levels. Cinnamon is also not recommended for pregnant women and children. It’s also important to talk to your doctor before using cinnamon when you’re on medication, as cinnamon has the potential to interact with antibiotics, heart medicines, and more.

Overall, cinnamon essential oil is a very safe substance to use. It has been used to treat several health problems for centuries now and its health benefits have been proven by various studies. Perhaps you have also been using cinnamon for a while now. Why not share with us your experience with this amazing spice and botanical by dropping a few words on the comments section below? 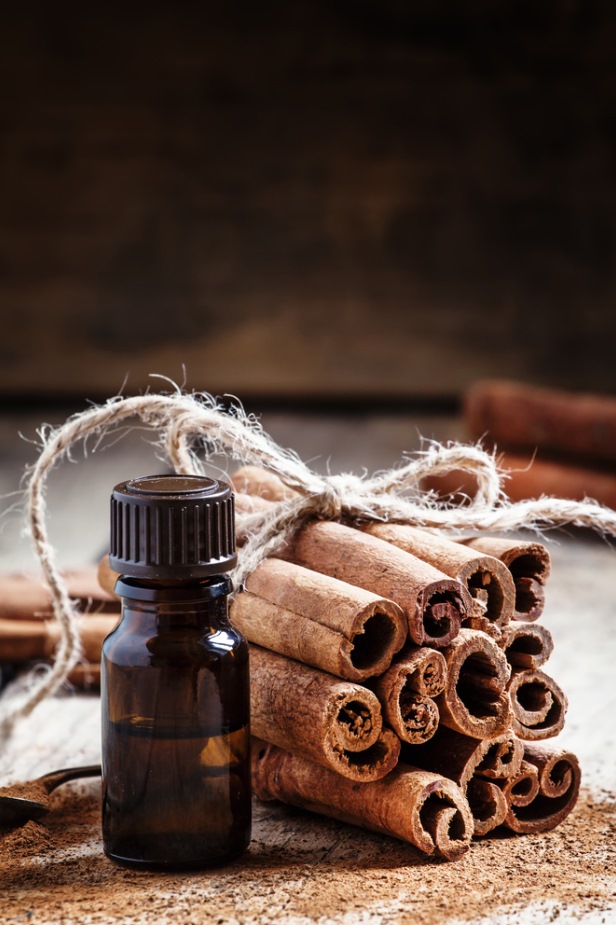