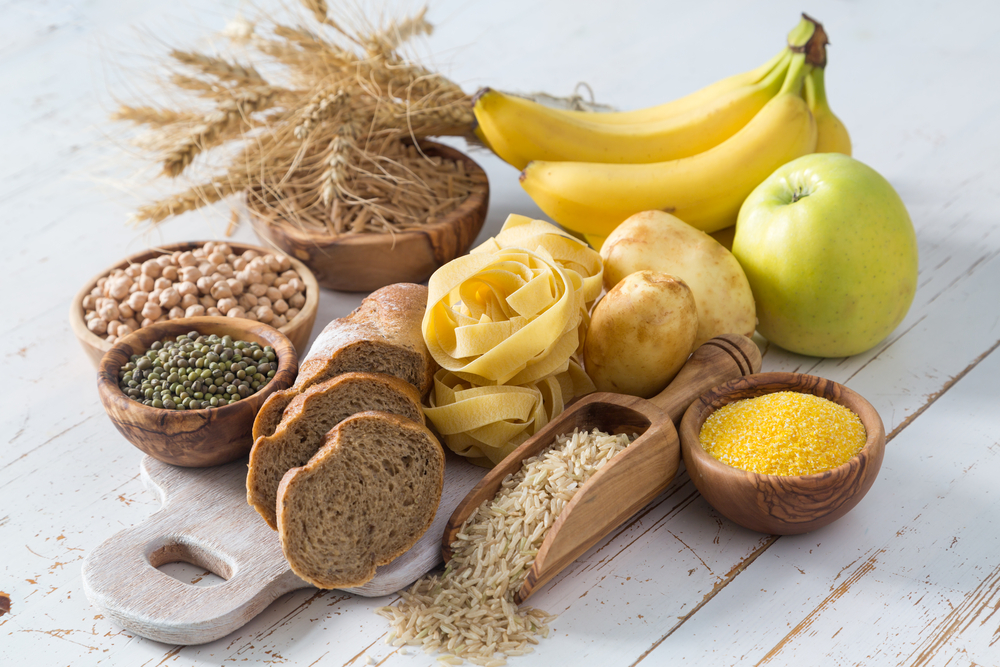 If you are still skeptical that small changes in the climate can have profound effects on the planet consider the year 1816 or, as it is often referred to, The Year Without a Summer. You see, in April of 1815 Mount Tambora, in what today is Indonesia, blew up in the largest volcanic eruption in recorded history.

The eruption caused fluctuations in the world’s climate and led to a phenomenon called “volcanic winter.” Volcanic ash and droplets of sulfuric acid obscured the sun for over a year. As a result, global temperatures dropped by up to .7 degrees Celsius or 1.3 degrees Fahrenheit. That might sound like a small change, but it had a dramatic effect. It snowed in New York — in June! Livestock froze to death in China, and crops failed all over the world resulting in wide scale famine.

Northern Europe was hit particularly hard, especially Germany. Food shortages led to high prices and eventually looting and riots. In the town of Darmstadt, Germany, a 13 year-old with an interest in organic chemistry was affected deeply by the suffering around him. His name was Justus von Liebig, and he would go on to be a pioneer in the fields of agriculture and nutrition.

Among Liebig’s many scientific breakthroughs he is credited with discovering carbohydrates, which we now recognize as major sources of metabolic fuel in living organisms. So while the world lost a summer, it gained an understanding of one of the most basic components of nutrition.

Carbohydrates are one of the three main macronutrients that provide our body with fuel. They function as the main source of energy our bodies use throughout the day, powering the central nervous system, immune system, muscles, and the brain. The rapid absorption of energy carbohydrates provide affect mood and energy levels, in large amounts creating the “sugar high” effect of increased alertness and happiness.

Although proteins and lipids, the other two macronutrients, can be transformed into energy, carbs are a much more accessible source of energy for our body to process. They prevent our bodies from entering a state of Ketosis, when the body pulls fats into the bloodstream for energy leading to side effects such as mild depression, and physical and mental fatigue. 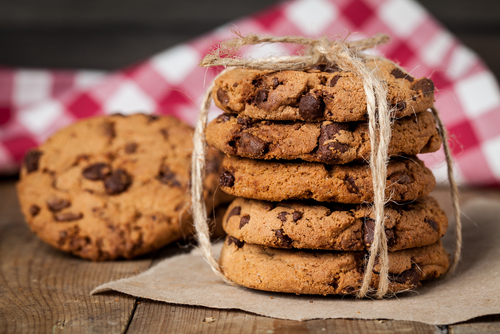 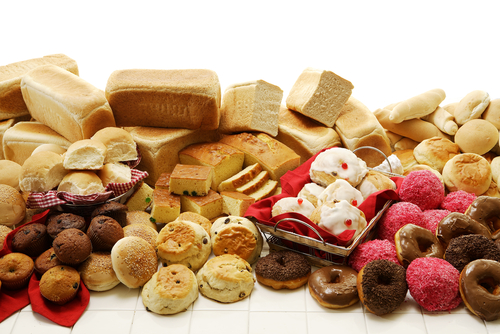 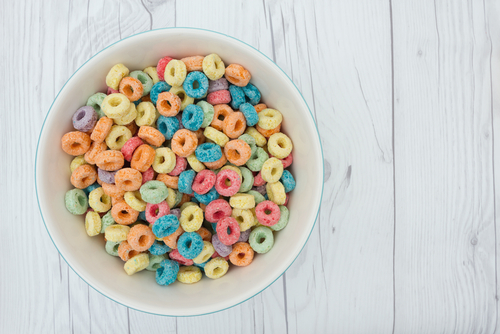 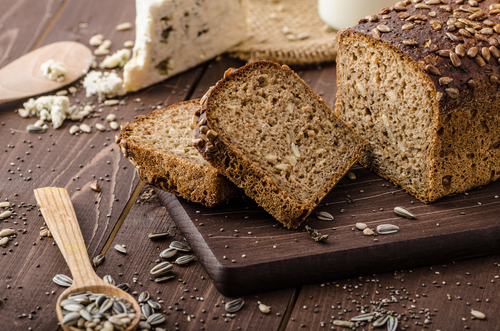 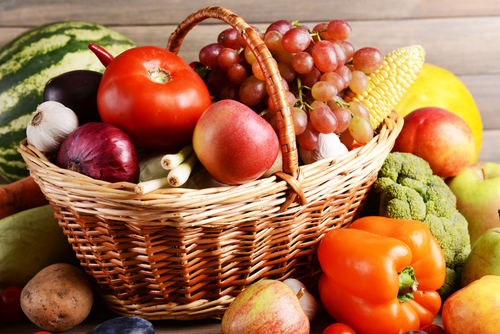 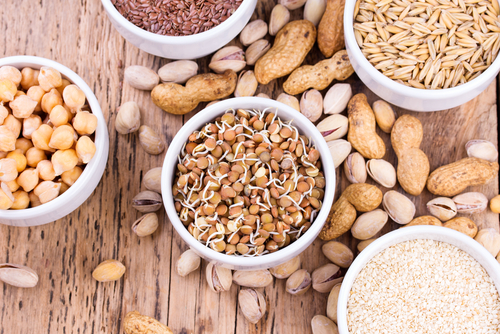 As you may already have heard, all carbohydrates are not created equal. Carbohydrates, being a chemical chain of the elements carbon (C), hydrogen (H), and oxygen (O), are sorted into two main categories based on their chemical structure: simple and complex.

Simple carbohydrates are just as they sound: simple, small chains of C-H-O configurations generally found in highly processed and refined foods and frequently added in the forms of both refined and unrefined brown and white sugar, corn syrup, fruit juice concentrates, and all other forms of sugars like glucose, fructose, and sucrose. They are also found in highly processed breads and pastries because the flour refinement process breaks down the more complex chains found in whole grains. Simple carbs are pleasant and highly desirable to consume because our bodies easily break down the simplified carbohydrate chains. This results in a quick burst of energy and mood improvement, and they are also easily stored as fat in our bodies. Simple carbs are avoided by people with diabetes because of the high blood sugar spike resulting from their consumption; they should be consumed in moderation by all individuals because they lack the variety of complex nutrients that complex carbohydrates provide.

Complex carbs are, of course, complex carbohydrate chains much larger than simple carbs. Foods that are made from raw, unrefined grains and most fruits and vegetables are very high in complex carbs, making them great sources of carbohydrates. Complex carbs are more difficult for the body to break down, resulting in a slower release and uptake of energy to the body, this helps the body avoid the mood swings and blood sugar spikes that can be harmful.

The most common monosaccharides, which contain one sugar molecule per chain, are fructose and glucose.

The other class of sugars, disaccharides, contains two sugar molecules per chain. These include lactose, maltose, and sucrose.

Starch and fiber are much longer chains of glucose, the sugar produced by photosynthesis in plants, and they are converted and stored in the cells of plants to make either cellulose fiber, the material used to create the physical structure of plant organisms, or stored for later use as starch granules. These two carbohydrates are the most substantive and nutritious in our modern diets.

Starch is mainly consumed in breakfast cereals, root vegetables like potatoes and yams, bananas, and nuts, but it is found in many other foods in smaller amounts. The digestibility of raw starch is rather low, so for especially starchy foods, cooking is required to allow better nutrient uptake by our bodies. Current health problems associated with overly-processed foods, like indigestion, Crohn’s disease, and skin conditions, are due to the lack of longer chain starches that are more difficult to digest.

A process involving fermentation in the large intestine breaks down long chain starches such as the ones primarily consumed in primitive diets, which provides nutrients to cultivate a healthy microbiome of biotics in the large intestine that are essential to proper health. Due to the prevalence of white breads and sugary, processed grains and cereals in today’s supermarkets, glucose is quickly absorbed in the small intestine leaving little to stimulate the essential organisms of the gut, leading to further health complications.

Fibers are very long-chain carbohydrates that ferment in the large intestine and serve as roughage, composing the structure of, and promoting healthy bowel movements. It creates the structural toughness found in raw vegetables and promotes feelings of fullness and satisfaction when consumed. There are two main kinds: soluble fiber, and insoluble fiber. Soluble fiber dissolves in water is fermented into gases in the colon and provides a feeling of fullness as it settles deep in the digestive tract. Insoluble fiber does not dissolve in water and provides no nutrients that can be metabolically derived, serving instead to absorb water and hold together food waste, aiding in bowel movements, and in healthy function of the digestive process.

For the average healthy eater, it is not necessary to understand the complicated chemistry of carbohydrate types and structures but rather which foods to pick out and which to avoid. Bad carbs are any simple poly or monosaccharide sugars and provide little nutritional value to the body. Foods high in these include:

Good carbohydrates, even though chemically identical to bad carbs when broken down in the body, are much healthier to digest and process. Foods high in good carbohydrates tend to have a host of other vitamins and minerals. These foods include:

The glycemic index (GI) is a scoring system for foods containing carbohydrates which ranks, on a scale of 1-100, how quickly the sugars are broken down and absorbed into the bloodstream. This serves to provide consumers with information about different quantities of simple and complex carbs and how the relative amounts of both in a food affect the body. For example, foods high in processed grains and sugars have a high GI, as the simple carbohydrates will spike blood sugar quickly after being eaten. Foods made from whole grains and raw vegetables will have a low GI, slowly being digested and transformed into energy, providing sustained fuel throughout the day.

Here is a list of common foods and their GI:

The Health Benefits of Carbohydrates 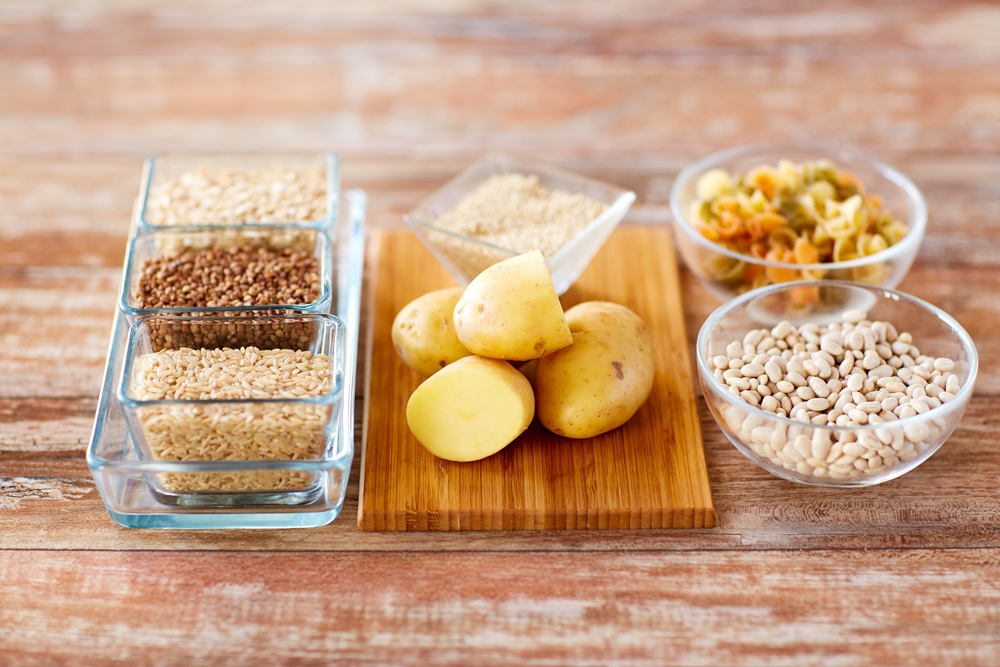 With so much negative media coverage and often conflicting information about the health complications resulting from carbohydrate consumption, keeping in mind that they are a required element of healthy living is important for the decisions made in the supermarket aisles. Carbohydrates are your body’s main source of fuel, and maintaining a healthy blood sugar level is crucial to living a healthy life with full concentration, happiness, and energy.

When complex carbohydrates and foods low on the glycemic index are consumed, the slow release of glucose into the bloodstream creates energy and feelings of fullness that aren’t followed by a crash or drowsiness. This means that instead of experiencing the weight gain simple carbs are blamed for, the sustained energy staves off hunger cravings and allows us to get more energy off of smaller portions of food, resulting in consistent, healthy body weights, and even potential weight loss.

The fibers from complex carbohydrates are essential to healthy digestion, promoting healthy bowel movements and keeping us regular…

Carbohydrate-restricted diets have surged in popularity in recent years, mainly focusing on the negative health effects of simple carbs and trying to limit all carbohydrate intake as a result. Because carbs serve many important roles in our body’s function, cutting carbs, or not getting enough of them, poses health risks. From digestion to mood, a lack of carbohydrates impedes your ability to lead a healthy life. 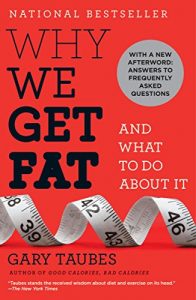 Why We Get Fat – And What to Do About It 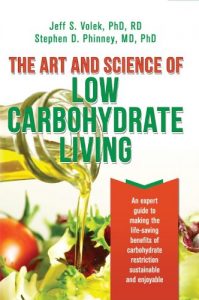 The Art and Science of Low Carbohydrate Living