Burdock belongs to the genus Arctium, with several species that are native to Europe, Asia, and North America. For centuries, the burdock root has been used in traditional medicine as a diuretic to remove excess fluid from the body by increasing urine production; a ‘blood purifier’ that removes toxins from the bloodstream; and as a topical treatment for skin problems.

The Japanese favor the consumption of burdock root (which they refer to as gobo) as a vegetable, while it is used in traditional Chinese medicine for a myriad of purposes. It is known to promote skin health, balance internal heat, soothes the mucus membranes and enhances digestion. 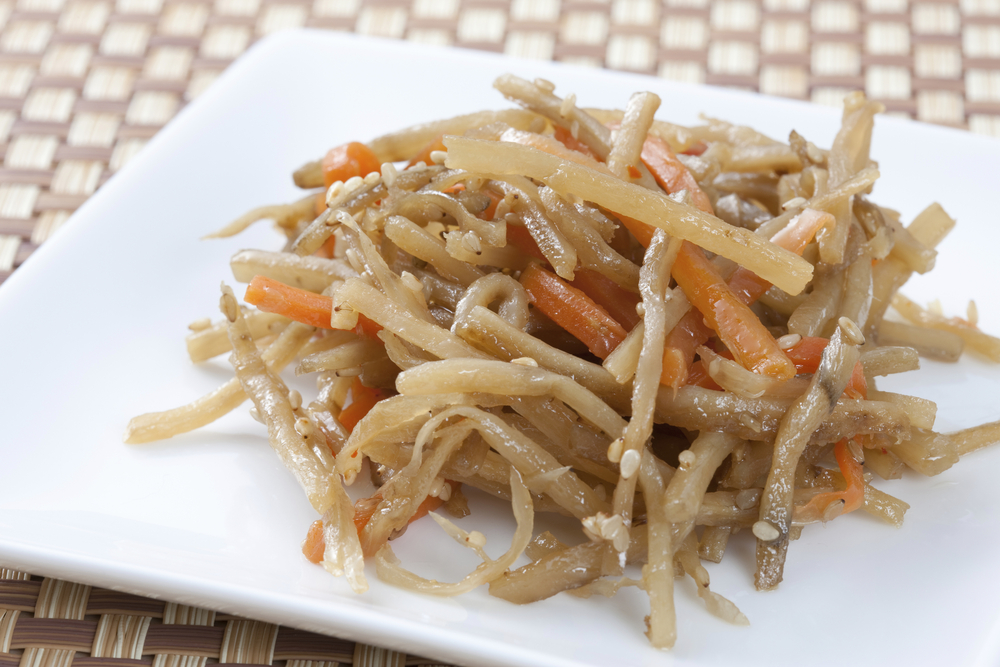 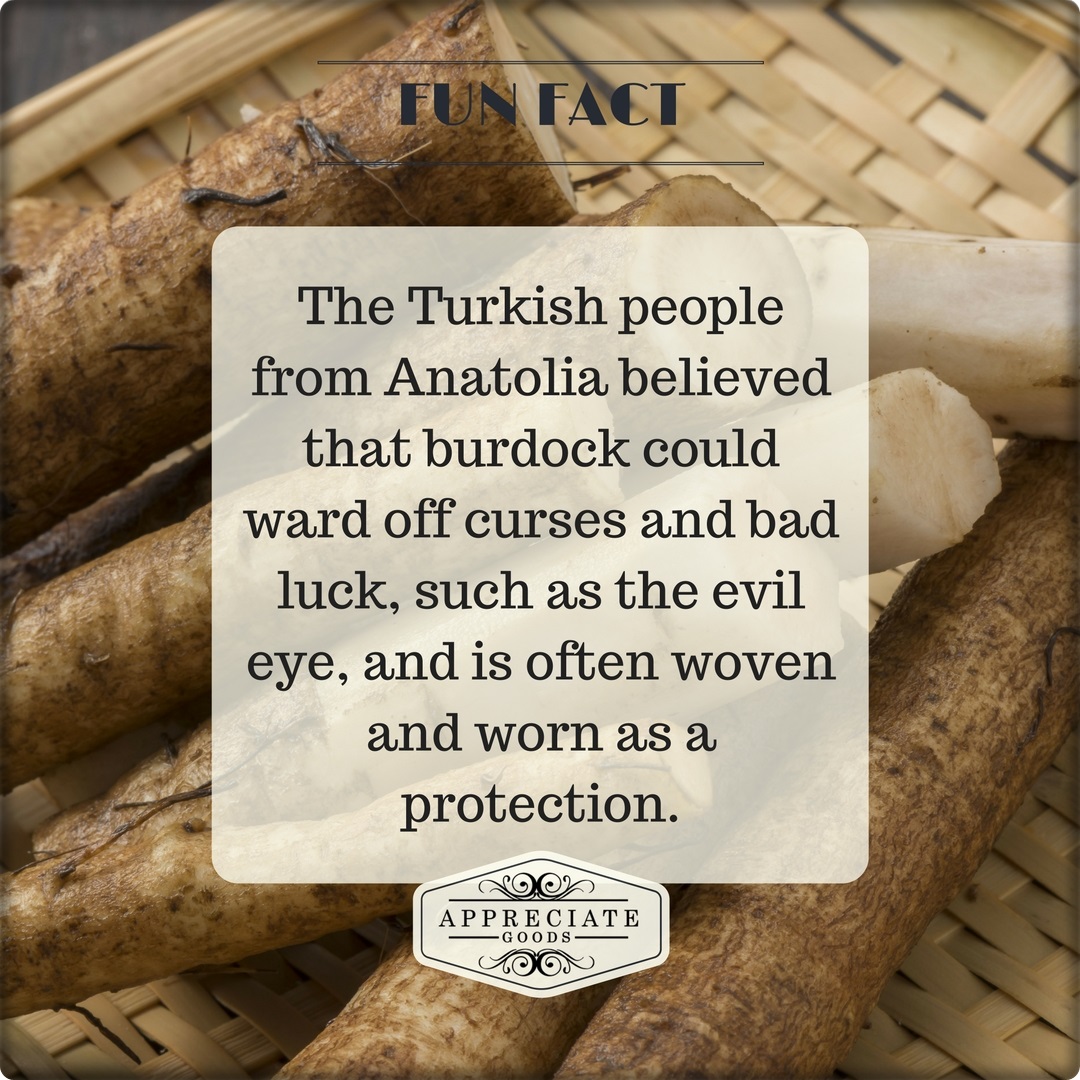 You can get the following nutrients for every 118 grams (1 cup) of raw burdock root:

As mentioned before, burdock root is used as a natural diuretic since it stimulates the kidney to remove excess fluid from the body. This is done by flushing out water and sodium through increased urine production or constantly feeling the urge to pee. For people who have fluid retention issues, the burdock root might be a good natural remedy instead of prescription drugs.

A common identifier of constipation, poor dietary intake, and high blood toxicity is skin inflammation. This could either manifest as acne, rashes, or dandruff. Topical products containing burdock root can help clear up the skin, and the consumption of burdock root can also solve the underlying cause of the skin problems.

Tonsillitis is a viral infection of the tissues in the tonsils that cause it to redden and become swollen and painful. Burdock root can help alleviate the pain and inflammation caused by tonsillitis.

Practitioners of traditional medicine believed that burdock acts as a ‘blood purifier’ by eliminating toxins and heavy metals from the bloodstream. In fact, a scientific study supports this claim, since researchers have discovered that arctiin, a chemical compound found in Arctium plants, helps detoxify the blood and regenerates dermal cells resulting to fairer

Burdock root contains small amounts of riboflavin, niacin, pyridoxine, folic acid, vitamin E, and vitamin A that are all essential in fighting cancer and boosting your immune system. It also contains arctigenin, a chemical compound also found in Arctium plants which are said to inhibit the rapid reproduction of cancer cells.

The phytochemicals that are found in burdock root stimulates the production of bile and digestive juices in the stomach, making it easier for the liver to filter toxins from the blood.

For people with diabetes, incorporating burdock root in your diet will help you manage your blood sugar levels naturally. It is a good source of inulin, glucoside-lappin, and mucilage, all of which act as a prebiotic that help reduce blood sugar levels, cholesterol levels, and body weight.

One of the amazing benefits that you can get from burdock root is its ability to control your heart rate and blood pressure. It contains plenty of electrolyte potassium which works by relaxing the blood vessels, preventing the risk of heart attack and stroke.

Since burdock root is rich in fiber, regular consumption of this can also promote the health of your digestive system by enabling the food to move smoothly through the intestines, thus preventing constipation, bloating, and cramps. It also cleanses the gut and fights off harmful bacteria that cause gastrointestinal problems.

Eating burdock root can also boost your body’s disease-fighting capabilities, since it contains plenty of vitamin C and vitamin E, which are both essential in preventing infections, eliminating free radicals, and supporting the growth, repair, and development of the body’s cells and tissues.

People with arthritis might have difficulty in performing daily activities because of the swelling, pain, and decreased range in motion in their joints. Fortunately, the anti-inflammatory properties of burdock root can help alleviate arthritis, especially with regular consumption.

A proportional hormonal level is very important because it is responsible for the stability of your body’s organs – any excess or deficiency can cause chronic disorders and may affect your overall well-being. Certain chemicals that are present in burdock root help the liver metabolize hormones which restore the normal hormonal levels of the body.

Normally, the spleen swells twice its normal size when it becomes overactive. An enlarged spleen is an indicator of bacterial infections, liver cirrhosis, blood diseases, and lymphatic problems. Consuming burdock root purifies the bloodstream, and since the spleen is responsible for fighting bacteria and filtering your blood, it will avoid being overactive, thus preventing enlargement. 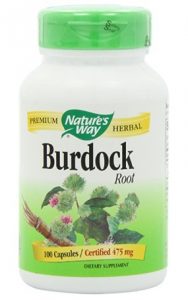 Potential Side Effects of Burdock Root

As much as herbs can strengthen the body and treat diseases, herbs can also have side effects when it reacts with medications, supplements, and other herbs. Before consuming herbs and incorporating them into your diet, make sure to consult with a physician so you can discuss the best approach to your well-being.

Fun Facts about the Burdock Plant 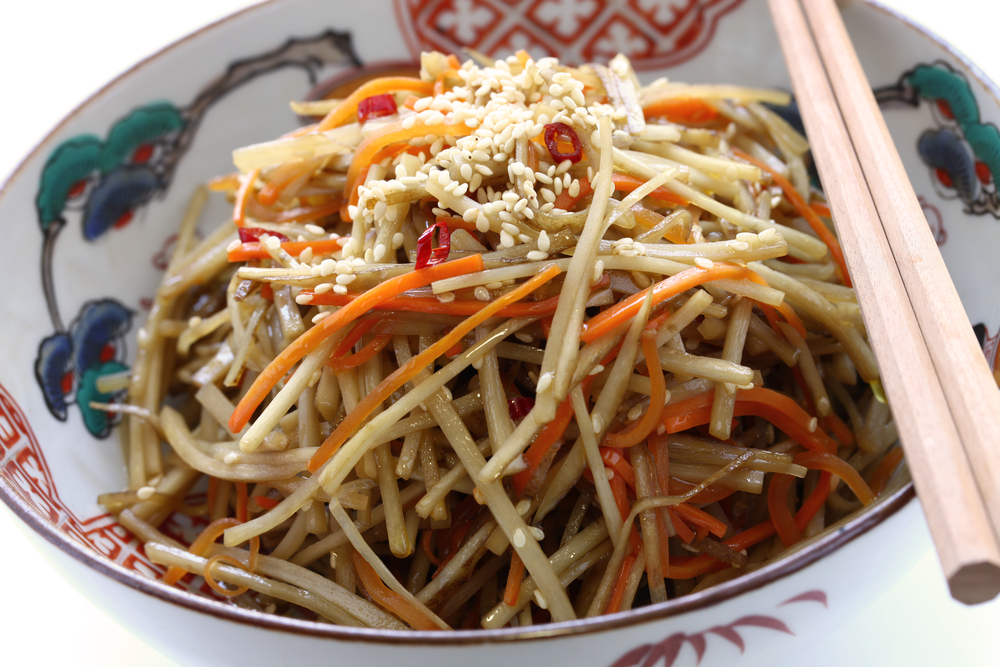