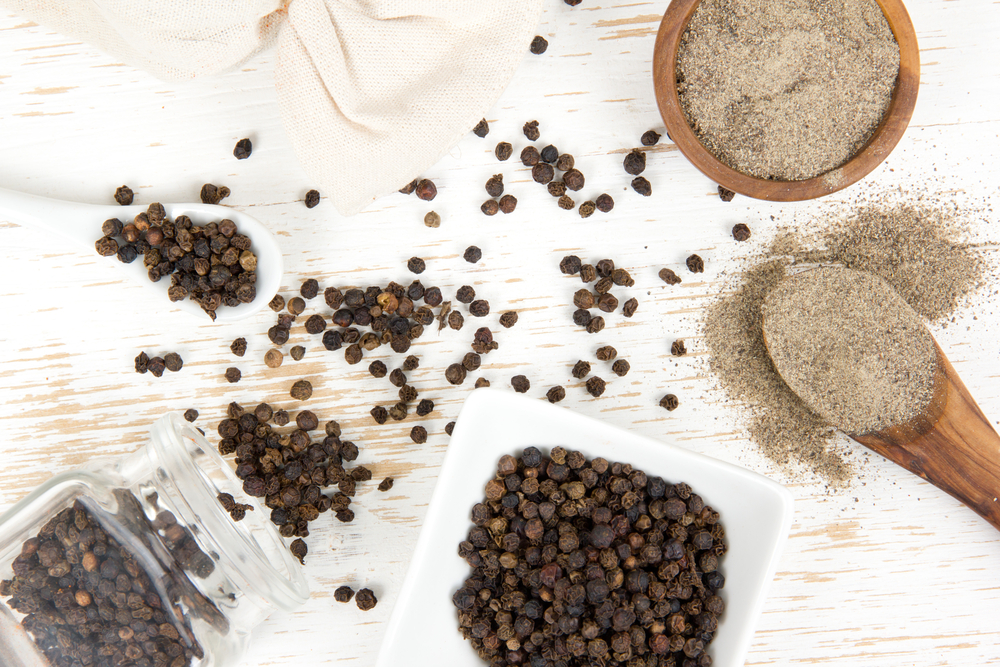 Even in the ancient times, merchants from all over the world crossed seas and traveled across continents just to import black pepper. Referred to as the ‘king of spices’, it is quite amazing that just a handful of black peppercorns or a tablespoon of ground black pepper can make any dish come to life.

Aside from being the most common seasoning in almost any dish, there are also plenty of health benefits that we can derive from black pepper. Below are 12 reasons why you should make the black pepper a staple in your spice cabinet.

Black pepper contains many essential oils such as piperine, which contains the following hydrocarbons: pinene, sabinene, terpinene, myrcene, and limonene. These active compounds increase the motility of the intestines by stimulating the production of gastrointestinal enzymes. Piperine also increases the absorption of minerals from the food digested by the body.

A healthy diet with black pepper as one of its ingredients will give you some much-needed potassium which helps control your heart rate and blood pressure.

High concentrations of free radicals may cause the development of cancer. Fortunately, black pepper contains flavonoids such as cryptoxanthin, zeaxanthin, carotene, and lycopene – powerful antioxidants which expel harmful free-radicals from the body.

The pericarp, or the outer layer of the pepper, helps break down fat cells, making them easily absorbed by the body rather than becoming stored, unburned fats. Adding black pepper to your dishes is a good way to naturally lose weight.

Black pepper has anti-bacterial and anti-inflammatory properties that can treat coughs and asthma. It is also an expectorant, which clears out the air passage by expelling phlegm.

The piperine in black pepper helps cure vitiligo, a skin disease characterized by white patches due to loss of pigmentation. Piperine is believed to stimulate the melanocytes to produce melanin which is responsible for skin pigmentation.

The carminative properties of black pepper can expel intestinal gas and prevent it from building up by killing the gas-forming bacteria in the gut.

The build-up of toxins can cause deadly diseases, but incorporating black pepper into your diet can prevent this. The active compounds found in black pepper promotes sweating and urination, which causes the toxins to be purged out from the body.

Researchers who conducted a study in North Carolina found out that inhaling black pepper essential oil could reduce withdrawal symptoms in smokers and curb their cigarette smoking cravings.

The high amount of anti-oxidants in black pepper repairs the cells and prevents premature aging of the skin in the face. Therefore, eating peppery foods can naturally reduce the wrinkles and fine lines around the face, which is better than buying expensive facial creams.

If you have cavities that are starting to cause pain in your tooth, applying crushed black pepper on the affected area can cause temporary relief while waiting for your dental treatment. 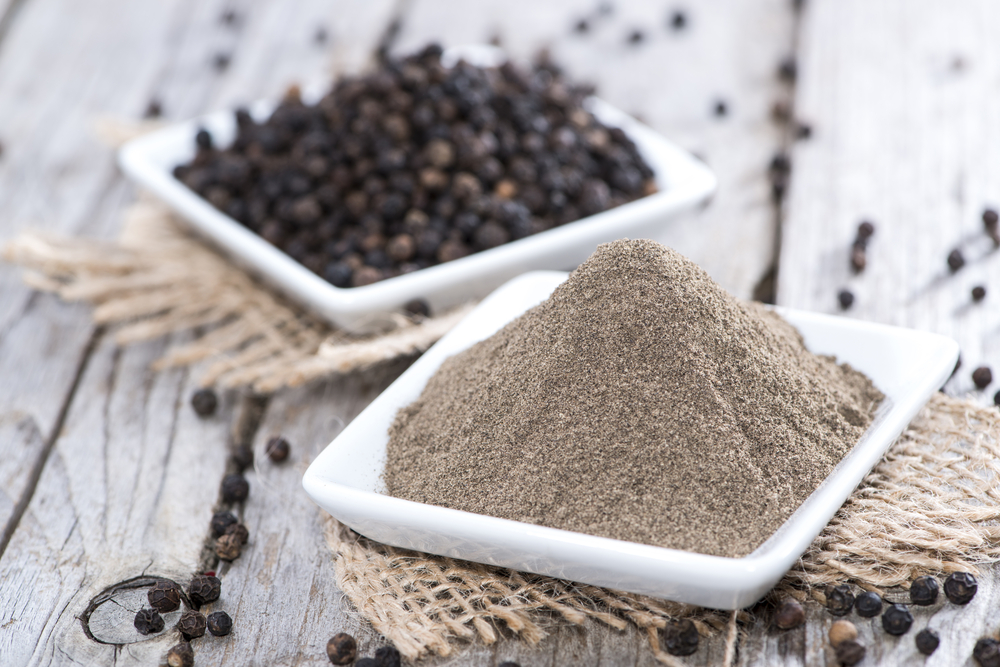 For every tablespoon (6 grams) of black pepper, you will get the following nutrients: 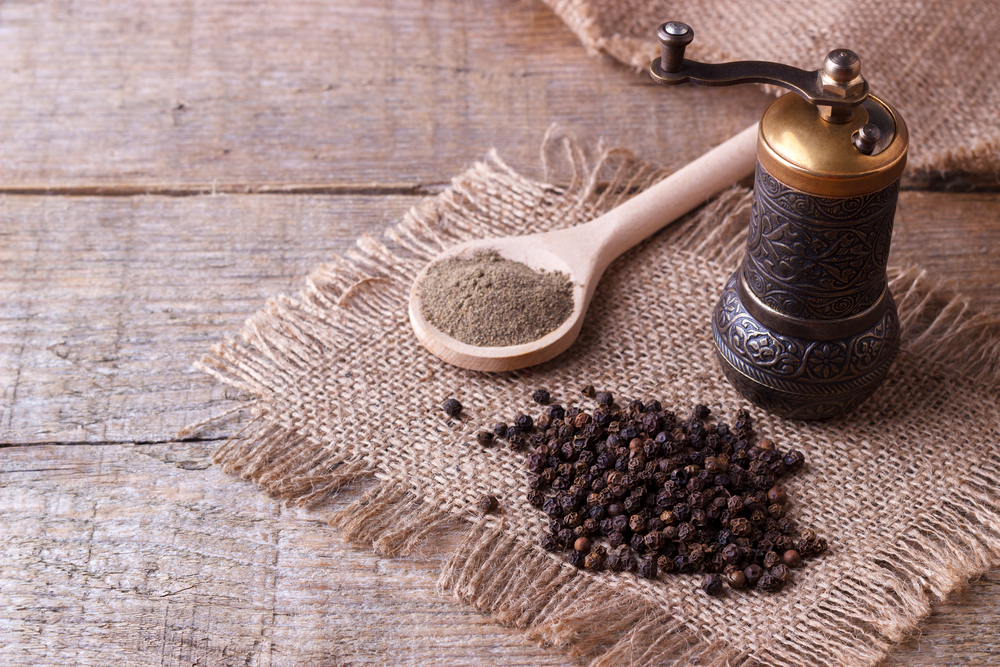 I am black on the outside, clad in a wrinkled cover,
Yet within I bear a burning marrow.
I season delicacies, the banquets of kings, and the luxuries of the table,
Both the sauces and the tenderized meats of the kitchen.
But you will find in me no quality of any worth,
Unless your bowels have been rattled by my gleaming marrow

Potential Side Effects of Black Pepper

Black pepper comes from the fruit of the flowering vine belonging to the family Piperaceae.  It is native to Kerala, India but is also cultivated in other tropical regions. The unripe fruits are gathered by hand and cooked briefly in hot water, then are dried out in the sun or in a machine for several days until it shrinks and darkens. Black pepper is widely used in cooking and folk medicine and can either be utilized wholly as a peppercorn, ground into a powder for cooking or crushed to extract the essential oil.

It was considered a priceless spice around the world and used as a currency in the absence of the standard coin. By 1000 B.C., traders from southern Arabia made up tales about the hardships that await fellow merchants along the trade route to discourage them from procuring pepper. They spread the myth that pepper grew in ‘groves of trees in India guarded by poisonous serpents. In order to harvest the pepper, the trees have to be burned, driving the snakes away and in the process turning the originally white fruit black’. Through this, they were able to control and monopolize the pepper trade routes for a long time.

During the middle ages, shipping pepper to European countries was very expensive since the Italians monopolized the shipping lines along the Mediterranean. Acquiring pepper by land is also difficult and took a very long time via the Silk Road, one of the most well-known trade routes. Thus, pepper was considered as a luxury item that was only affordable to the wealthy.Eventually, the European got tired of paying for overpriced spices and looked for ways to procure pepper themselves. This started the voyage of many explorers such as Ferdinand Magellan, Vasco de Gama, and Christopher Columbus. However, the Portuguese lost control over their trade due to their negligence in military and political authority, which made the Dutch step up in the spice trade during the 17th century with their colonies in Malabar, Ceylon, Bantam, Java, and Lampung.

Because of its popularity in the culinary art, more trade routes were established and it became easier to procure, making it more affordable and available to everybody. It became a common ingredient in dishes all around the world. As of today, Vietnam is the world’s largest producer and exporter of black pepper, since it has become ubiquitous in the kitchen pantries of homes or restaurants. 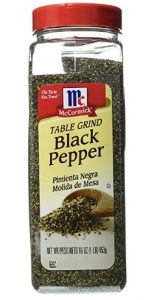