More popular as an ingredient in jam, jellies, and wine, the black currant is a phenomenal berry. Black currants offer both a distinct flavor and excellent health benefit profile. They are now widely consumed not only to satisfy the palette but to supplement the body with the much-needed nutrients.

Black currants, scientifically referred to as Ribes nigrum, belong to the Grossulariaceae family. They are native northern Asia and in central and northern parts of Europe. The entire plant of a black currant is aromatic. It thrives in areas where summer is humid and in chilling winters. While currants are available in red, white, and pink, black currants appear to be superior when it comes to nutrition value. Black currants are characterized by the dark purple or almost black and glossy appearance. 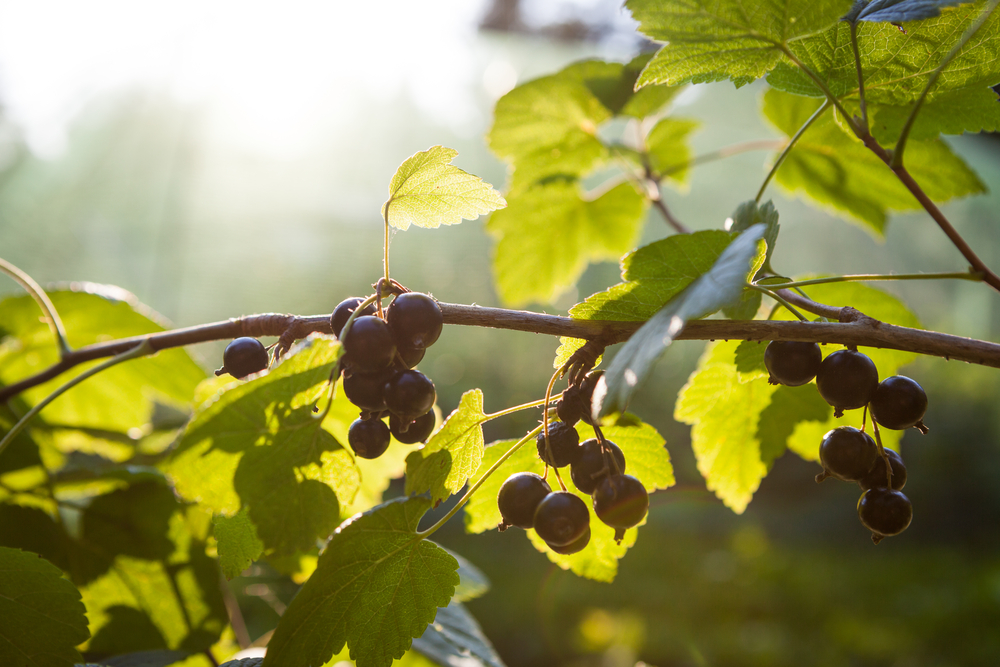 Black Currant has a 7950 Trolox Equivalents of antioxidant value per 100g, among the highest for fruits following chokeberries and cranberries. The antioxidant value for red currants is relatively lower. They also possess flavonoid chemicals referred to as anthocyanins, which are beneficial as they fight aging and cancer, among others. Furthermore, black currants are packed with vitamin A, a natural antioxidant, and other flavonoids like zeaxanthin and beta-carotene. A 100g serving of black currants has 230 IU of vitamin A, which plays an important role in maintaining the health of the skin and mucosa.

Vitamin C is an essential element to keep the system healthy against infectious agents that often make us sick like flu and sore throat. As a natural antioxidant, the vitamin C present in black currants likewise starves harmful free radicals in the body. Not only that, this vitamin helps improve endurance as it also boosts energy.

The body is in continuous need for b vitamins considering that this vitamin group is water-soluble and are easily excreted out from the system. B vitamins are recognized for their role in the metabolic process. Thiamine, for example, is required for the metabolism of carbohydrates. Riboflavin, meanwhile, is a key element in the metabolism of energy, protein, and fat. With increased metabolism rate, one can benefit from the improved immune and nervous system as well as in cell growth. As a result, skin becomes healthier and the muscles are more toned.

One way to ease inflammation is through the consumption of black currants, the oil of which contains gamma-linolenic acid or GLA. GLA is an omega-6 fatty acid that is found to help alleviate inflammation. GLA supplement are also used as part or alternative to medications for rheumatoid arthritis. The positive effect of black currant on inflammation is attributed to the high content of both GLA and anthocyanin, which ease muscle or joint pain, damage, and even stiffness.

Given the huge antioxidant value present in black currents, it is not surprising why these berries help slow down aging. However, not only are black currants ideal to prevent signs of aging as they are effective to counter skin problems. The National Psoriasis Foundation, for instance, recommends the use of oil extracted from black currants to heal psoriasis symptoms. The oil is said to slow down the development of psoriasis patches. In other cases, the oil is applied to the dry skin or itchy skin.

Black currants are rich in flavonoids, which, according to the study, yield positive effects to the cardiovascular system. These flavonoids refine the functions of the blood vessels and at the same time reducing the risk of small blood clots. Irregularity in the performance of the blood vessels may lead to the formation of blood cholesterol. The bad cholesterol tend to narrow the arteries preventing the regular flow of blood, which may eventually result to increased blood pressure.

Apart from flavonoids, the GLA and potassium content of black currants contribute to lower blood pressure. The GLA is said to aid the heart in damage resistance as it slows down platelet clumping in the blood vessels. With increased heart flow and lower blood pressure, you can expect a healthier cardiovascular system.

Black currants are packed with antioxidants that maintain healthy eyesight and at the same time preventing the development of cataract. Cataract is a degenerative eye disease that comes out as an individual gets older as the light that enters the lens of the eyes is limited. Vitamin C, in particular, is recognized to be effective in reducing the risk of cataract.

Researchers show that consumption of black currant extract as supplement increases brain function and performance.  They are also found to effectively slow down the decline of the cognitive system that often results to dementia. In a test, black currant was found to hype the alertness and attention of a person. This impressive health benefit of black currants is derived from its polyphenol content or those compounds that reduce the development of both cardiovascular and neurodegenerative diseases.

Did you know that black currants aid digestion? This is precisely because of the anthocyanins or the natural compounds responsible for their distinct color. These anthocyanins promote the levels of healthy bacteria in the gut. These bacteria ensure the optimum function of the digestive system. It is particularly beneficial for individuals who wish to maintain a healthy digestion and to pay attention to their weight.

Black currant is also considered as a good way to combat urinary tract infection (UTI). UTI is an infection in the kidney, ureter, bladder, and urethra. This condition occurs as bacteria enter the urethra to the urinary tract where they proliferate. When the body is able to identify the said bacteria, it causes inflammation in the urinary tract, thereby resulting to the excruciating pain especially when urinating. Like cranberries, black currants have proanthocyanidins, which stop the bacteria from sticking to the walls of the urinary tract. Likewise, the berries effectively inhibit the growth of harmful bacteria.

To further appreciate the richness of black currants, both in taste and nutrients, here’s what you need to know. 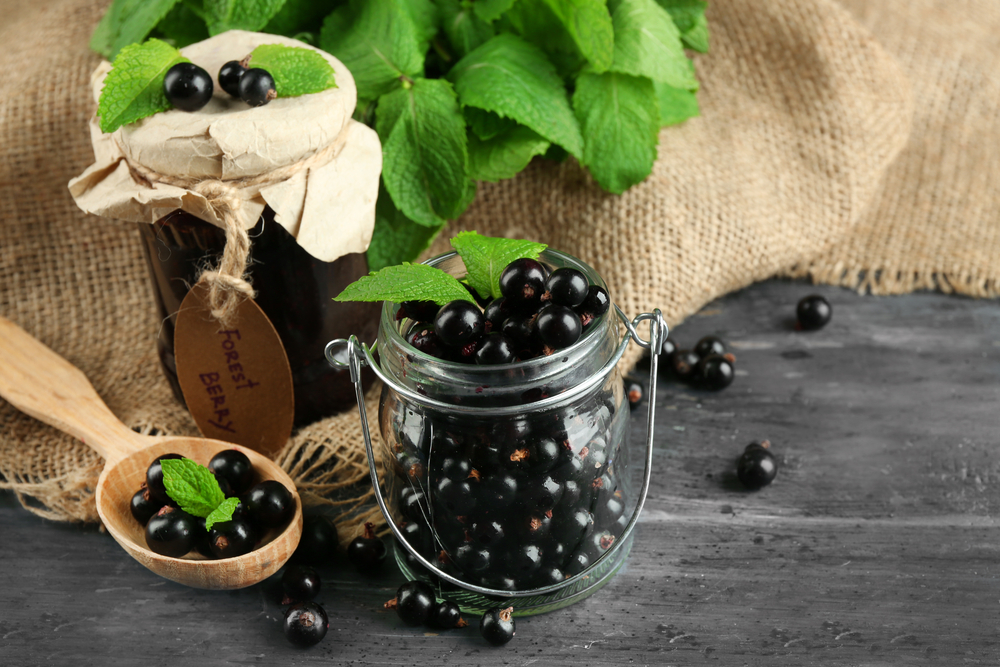 Black currants have been in existence for centuries both as a food and medicine. In the 16th century, Germans used black currants to treat coughs, lung complications, bladder stones, and liver disorders. Physicians and herbalists in Europe took advantage of the medicinal properties of black currants. Its medicinal use has extended to diseases like rheumatism, typhoid fever, and infections.

Cultivation of black currants has flourished in Europe. The British government, in particular, encouraged the farming of black currant. They were used to make syrup, which were given to children for free in order to prevent certain diseases.

Black currants arrived in New Zealand in the 19th century. They were grown as garden plants picked by families to make jams. At the present, New Zealand is internationally recognized for its exportation of quality products made out of or with black currants.

In the United States, however, the reception of people on black currants was quite the opposite. For 100 years, until April 2003, black currant was banned in several states in US. It was referred to as the “forbidden fruit.” The ban came after a tree disease targeting white pine came in the US as white pine trees were imported from Europe. It was found out that the pine disease would jump to black currant bush before jumping to another white pine tree. This is the reason why in 1911, US officially banned black currant.

The interesting black currant ban came to an end in April 2003 after the said ban was overturned by the legislature. It was considered as a prime move to save the sagging farming economy of New York, thereby giving hope to farmers in the United States. 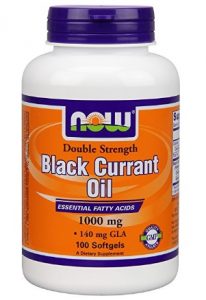 Black currants may be eaten freshly picked or raw, or it may be used as a key ingredient in your favorite recipe. Black currants offer an exquisite taste that is perfect to step up your jam, jelly, pie, cake, and even drink. Here are two easy black currants recipes that you can do at home. The first is a black currant jam, courtesy of The Crunchy Urbanite, which basically involves three ingredients. With this jam, you can always reach for a healthy breakfast or snack. As to the second recipe, Cooktoria takes us to the world of smoothies with its Berry Smoothie. 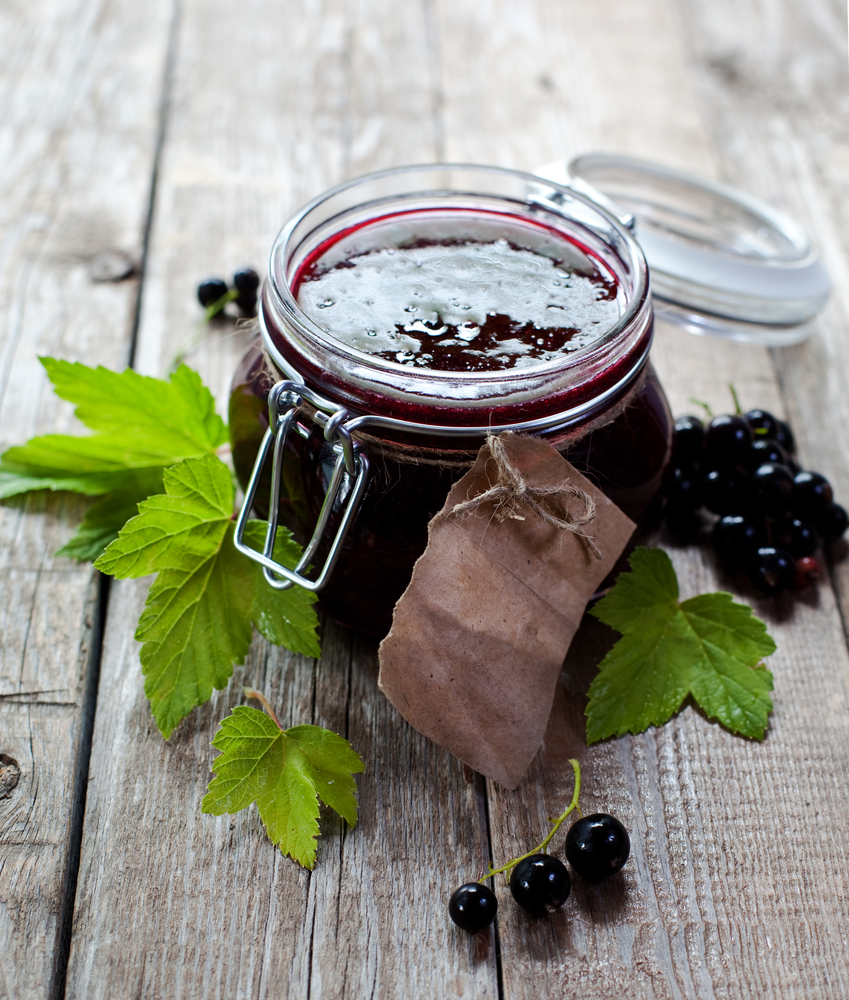 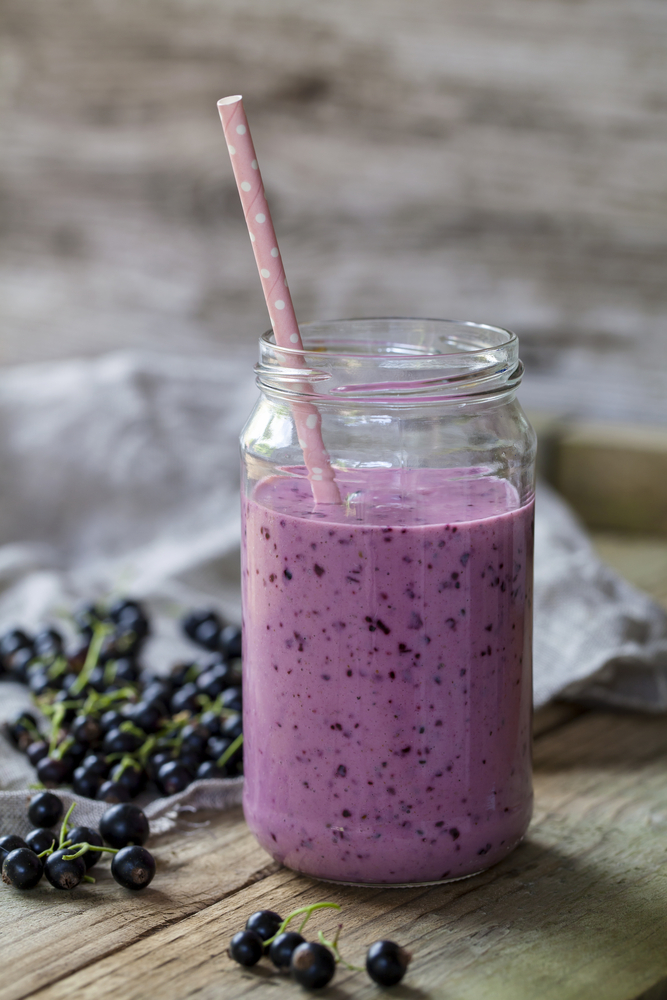 Side Effects of Black Currants

Like any food, the consumption of black currants must be taken in moderation and for some, with caution. Some people may have allergic reaction to black currant when consumed excessively. Pregnant women and even breastfeeding women are highly advised to seek the doctor’s opinion before including it in their diet.

In some cases, GLA involves side effects like headaches, diarrhea, constipation, or belching. And since it slows blood clotting, it is not advisable to people with bleeding disorder.