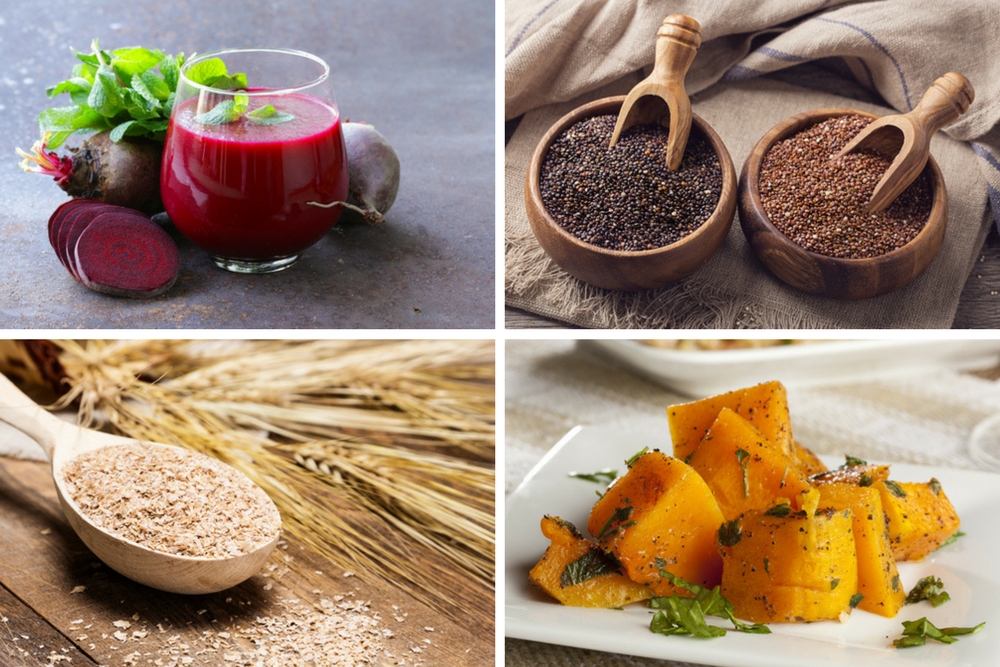 Ever heard of Betaine? Betaine – also known as betaine anhydrous, or trimethylglycine (TMG) is becoming more popular in supplements recently but is actually not a newly discovered nutrient. The name has originated from sugar beets (Beta vulgaris). Betaine is a derivative of the nutrient choline; in other words, choline is a “progenitor” to betaine and must be present for it to be synthesized in the body. Betaine is an amino acid that works its magic in different ways, primarily through boosting muscle protein synthesis in the body.

Usually, betaine is an active component in various products. The most common is betaine HCI. This contains hydrochloric acid, a vitamin, betaine and sometimes pepsin. This particular product aids in digestion for problems like

Betaine HCI can be extremely acid and that’s why it is beneficial for the digestive system. It aids digestion by establishing a proper pH level in the stomach. The betaine product also activates digestive enzymes destroying the harmful organisms that can be found in food.

Betaine has negative cationic compounds like carboxylate and positive compounds such as phosphonium and quaternary ammonium. There are scientists that use betaines as various organic osmolytes in order to treat high temperatures, salinity and osmotic stress. The betaines that are accumulated intracellular retain water in the cells and fight against dehydration. Last but not least, this substance amplifies DNA and doesn’t permit the development of different secondary structures.

Betaine is very effective when taken before meals and it can be used by individuals with gallstones, asthma, allergies and any other conditions that prevent the stomach from producing enough acid. Betaine shouldn’t be taken when experiencing heartburn symptoms or if one is known to have serious esophageal and stomach conditions.

Betaine is created by choline in combination with the amino acid glycine. Just like some B vitamins, including folate and vitamin B12, betaine is considered to be a “methyl donor.” This means it assists in liver function, detoxification and cellular functioning within the body. It’s most crucial role is to help the body process fats. Betaine also plays a role in the manufacture of carnitine and serves to protect the kidneys from damage. It helps in boosting muscle strength, power, and mass.

The US Food and Drug Administration (FDA) approved betaine to treat a genetic condition where too much homocysteine builds up in the body. The reason for this is higher levels of homocysteine are associated with heart disease and stroke. While it’s been studied for its positive impacts on preventing heart disease for quite some time, only recently has betaine been included more often in exercise-focused energy supplements, protein powders and other products geared at improving exercise performance and body composition (Kendler, 2006).

Some facts about Betaine

Betaine supplements are accessible in powder, tablet, and capsule forms.

How to gobble it

Betaine is not advocated for children unless prescribed by child’s doctor to treat homocystinuria – a genetic disorder.

Recommended doses of betaine differ depending on the condition being treated. Ask your doctor to help you establish the right dose for you.

Betaine is usually taken with folic acid, vitamin B6, and vitamin B12.

There is no standard and established recommendation for intake of betaine at present as researchers are still studying and trying to explore the interrelationship of betaine with choline, folic acids and methionine. Human beings can acquire betaine from either diet or through endogenic synthesis from choline. The intake of betaine is different for different medical conditions and studies are still being carried out to establish a set recommendation for the general public.

Betaine should not be taken in larger or smaller amounts or for longer than recommended. Betaine is a powder medicine that must be mixed with a liquid before using it. Heart patients, people suffering from liver affliction and muscle twinges and individuals complaining of changes in their body composition due to the burning of fats or gain muscle mass, should consult their general practitioners before taking betaine. The specialist, considering the individual’s health condition will determine the accurate dosage of betaine

Betaine is commonly consumed with folate and Vitamin B6 and B12. It is not advisable to give betaine to kids and infants, unless clearly defined and recommended by a health care provider to cure medical disorders like the genetic conditions including liver break down.

Some studies have furnished that, wheat grain/bran is the richest single source of naturally existing betaine (Ross et al, 2014).

Wine and beer (alcoholic drinks) have lesser to moderate amounts of betaine, so their elevated consumption levels make them a major source of betaine in the western diet, especially American diet.

Signs and symptoms of betaine deficiency

In western nations particularly, a betaine deficiency is uncommon. The major reason for this is the reliance of vast western population on wheat products that is rich in betaine levels. Diets having low betaine amounts result in high homocysteine in the blood. High homocysteine levels in the blood may be elevated for many reasons, including environmental, diet and genetic factors.

The biggest threat to consuming low betaine levels is experiencing symptoms related to high homocysteine in the blood. This is seen most often in either older populations above 50, those who have suffered from alcoholism, or in children who have genetic conditions that results in high homocysteine. Although this condition is uncommon, severely elevated levels of homocysteine can cause developmental delay, osteoporosis (thin bones), visual abnormalities, the formation of blood clots, increase the risk of atherosclerosis, deep vein thrombosis, and narrowing and hardening of blood vessels (Zeisel et al, 2003).

Alzheimer’s disease and Dementia are also result of elevated homocysteine in the blood. In babies who have the genetic disorder called homocystinuria, result in dislocation of the lens in the eye, sunken chest, long thin body type, mental retardation, and seizures. Neonatal strokes may also be seen with high homocysteine levels.

Classical homocystinuria is also called as cystathionine beta synthase deficiency or CBS deficiency. It is a genetic disorder that prevents the body from processing the essential amino acid methionine, commonly involving cystathionine beta-synthase thus resulting in the buildup of homocysteine and its metabolites in blood and urine.People with such conditions are at higher risk of heart diseases and osteoporosis. Betaine supplements help to alleviate homocysteine levels in people having this disorder (Lawson et al, 2006).

Alcohol abuse, diabetes and obesity conditions result in fat accumulation to alarming levels in the liver. Betaine aids in liver detoxification functions of breaking down and eliminating fats. Betaine also assists the liver in getting rid of toxic substances, averting harm to the digestive tract and other damages to the organs – which could result from toxin subjection.

Betaine also safeguards the liver against toxic substances like hepatotoxins (ethanol and carbon tetrachloride) which find their way into the body through certain prescription medications or by consuming inorganic plants and crops sprayed with pesticides and herbicides(Purohit et al, 2007).

A condition called ‘Hypochlorihydria’ arises due to insufficient digestive acids in the stomach or alleviated secretions of digestive hydrochloride, resulting in improper breakdown of foods and utilization of nutrients. This causes a number of digestion related problems and allows the bacteria into the digestive gut that would have normally been killed by the acids. Betaine Hydrochloride supplements increases the concentration of essential hydrochloride acid in the stomach, which helps to treat conditions like hypochlorhydria by aiding the stomach in better use of nutrients to improve the health of the digestive tract (Sugimoto et al, 2005).

Betaine is helpful in treating (ALD) alcoholic liver damage that is caused by excessive consumption of alcohol. Alcohol results in the buildup of fats in the liver. Betaine has lipotropic (fat-reducing) effects, so it has been shown to produce remarkable improvements in healing fatty liver disease by helping the liver to process and remove fats (Louvet, 2015).

Consuming betaine protects against lung cancer by reducing the dangerous effects of smoking. In some cases, betaine intake has been found to minimize the risk of breast cancer as well.

Betaine supplementation assists in the better processing of nutrients which enhances fat burning abilities and fat loss without breaking down muscle tissue or losing muscle mass.

Betaine, along with vitamins B6, B12, and folic acid, assists in minimizing increased levels of homocysteine, which is known to cause atherosclerosis (hardening of the arteries) and other cardiovascular diseases. By helping to fight hardening and blocking of arteries due to elevated homocysteine, betaine is beneficial in reducing the risk for heart attacks, stroke, and other forms of cardiac arrest and heart disease (Ueland, 2011).

Researchers suggest that betaine possesses the ability to beneficially influence body composition by facilitating muscle power and growth along with a contribution towards increasing stamina.

Betaine is also known to protect internal organs, improve vascular risk factors, and enhance performance. Some studies have also shown that betaine is an important nutrient for the prevention of chronic disease (Craig, 2004).

Because choline is a precursor to betaine, eating foods high in choline, like chicken or beef liver, eggs, pork or soybeans can also improve your betaine levels.There isn’t an established recommendation for betaine intake at this time and daily percentages are not shown for the food sources below. However, most people do best getting between 650–2,000 milligrams of betaine per day.

Below are listed the best food sources of betaine (Craig, 2004): 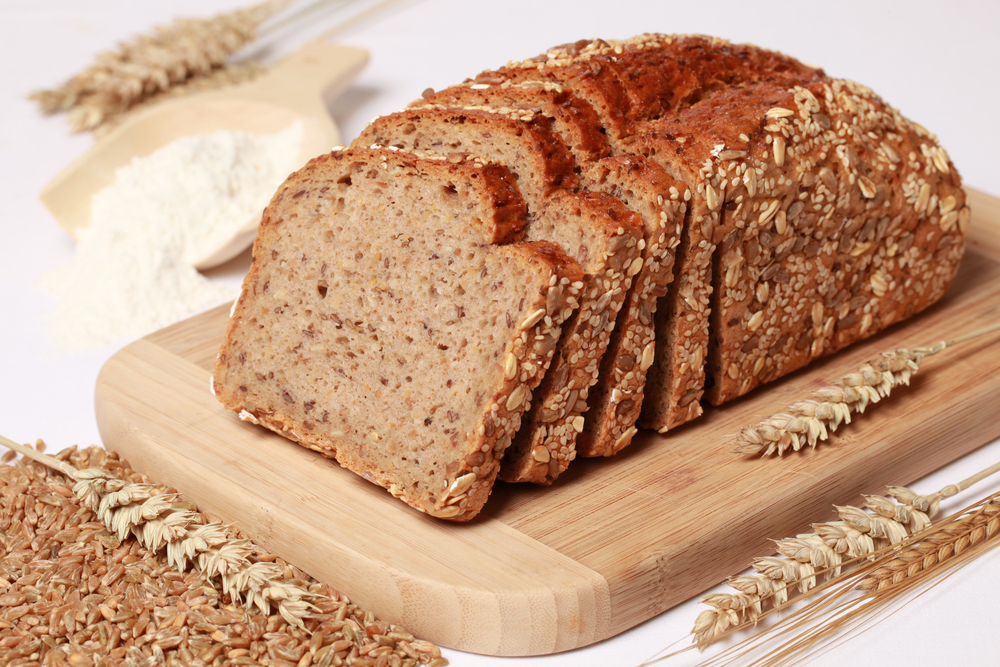 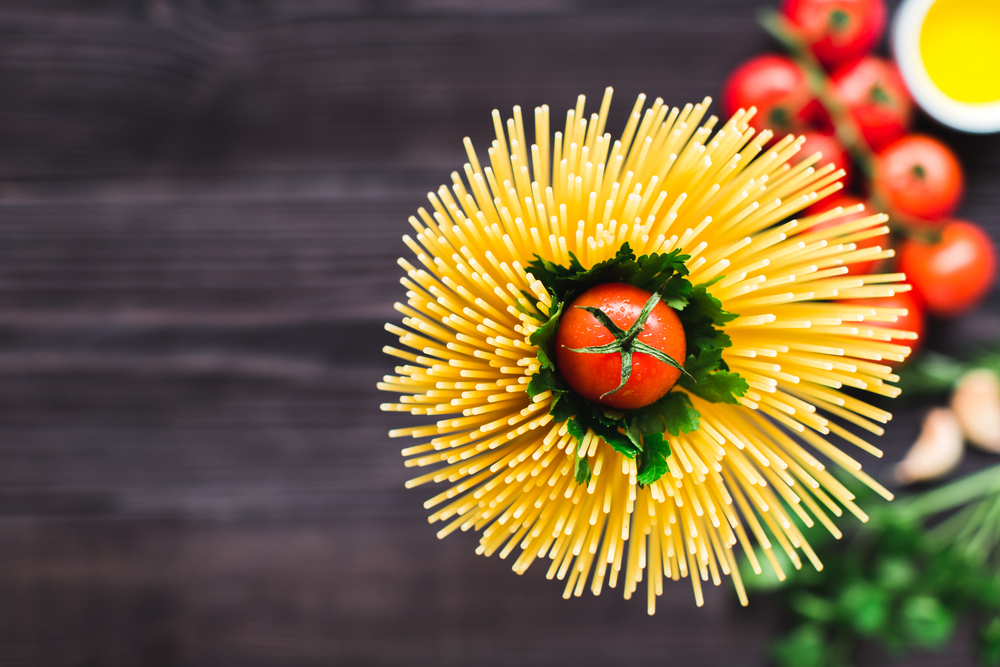 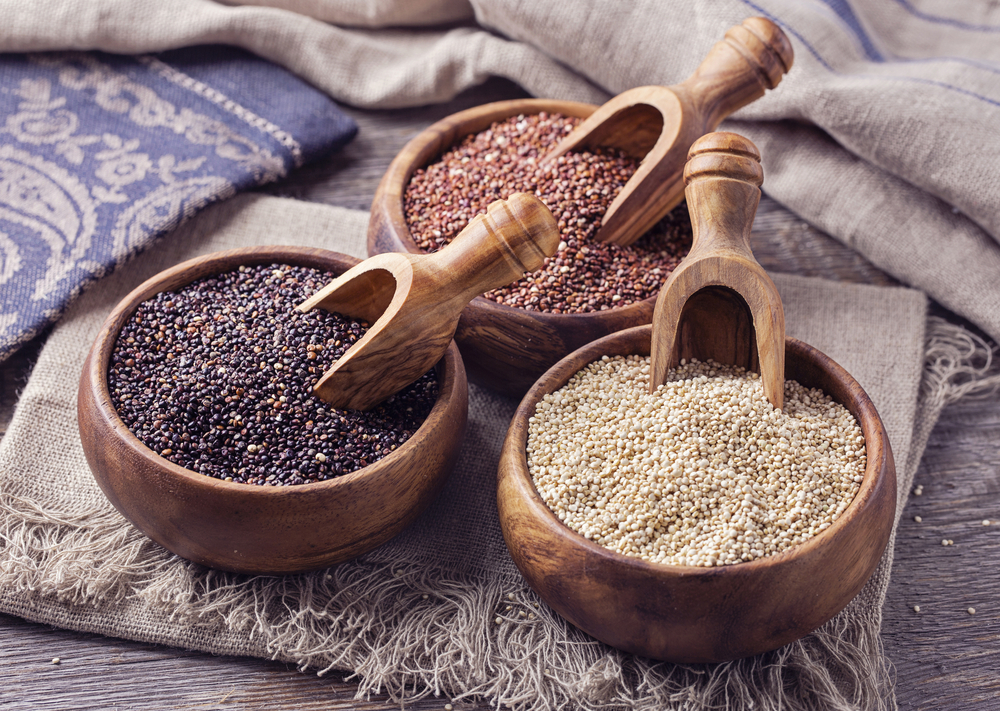 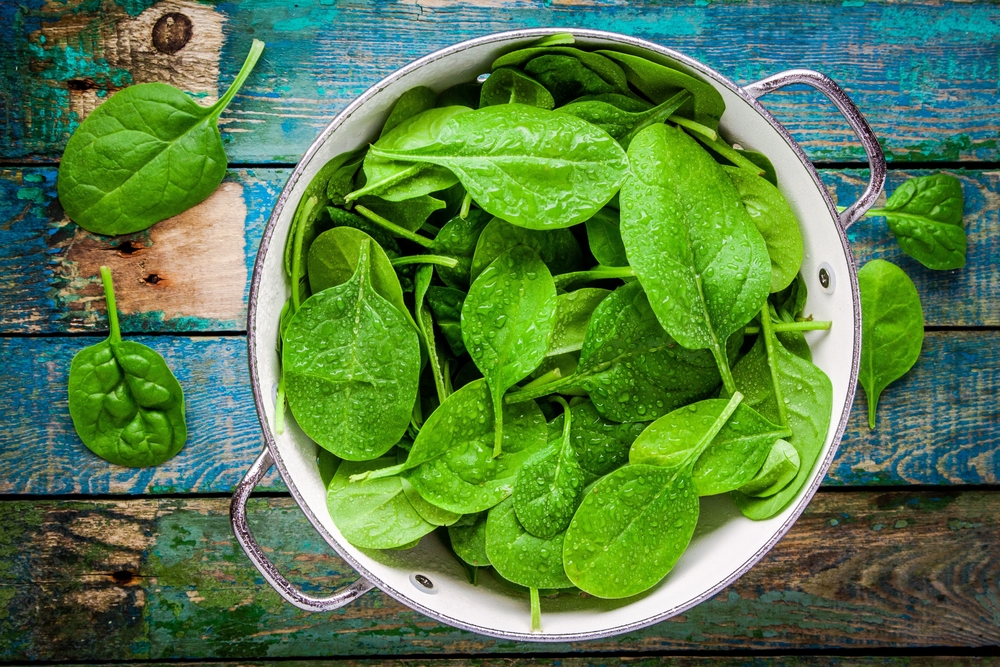 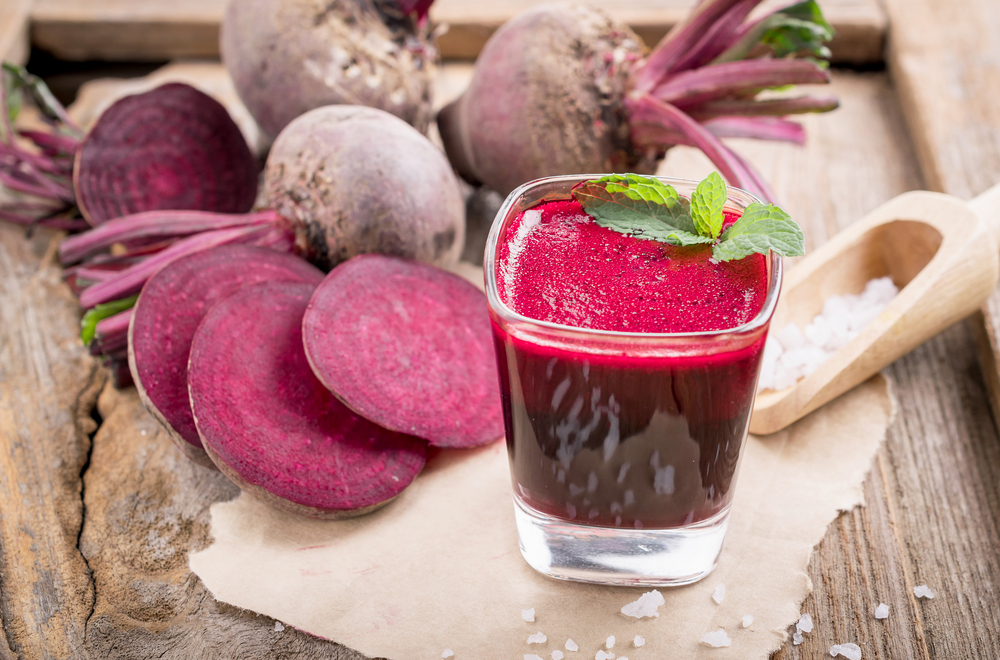 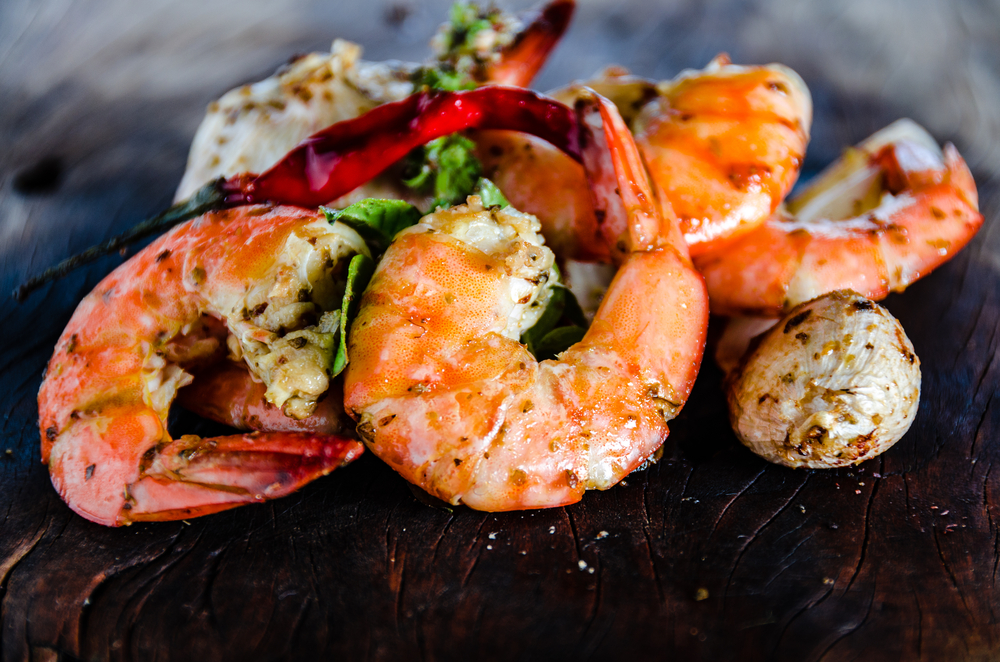 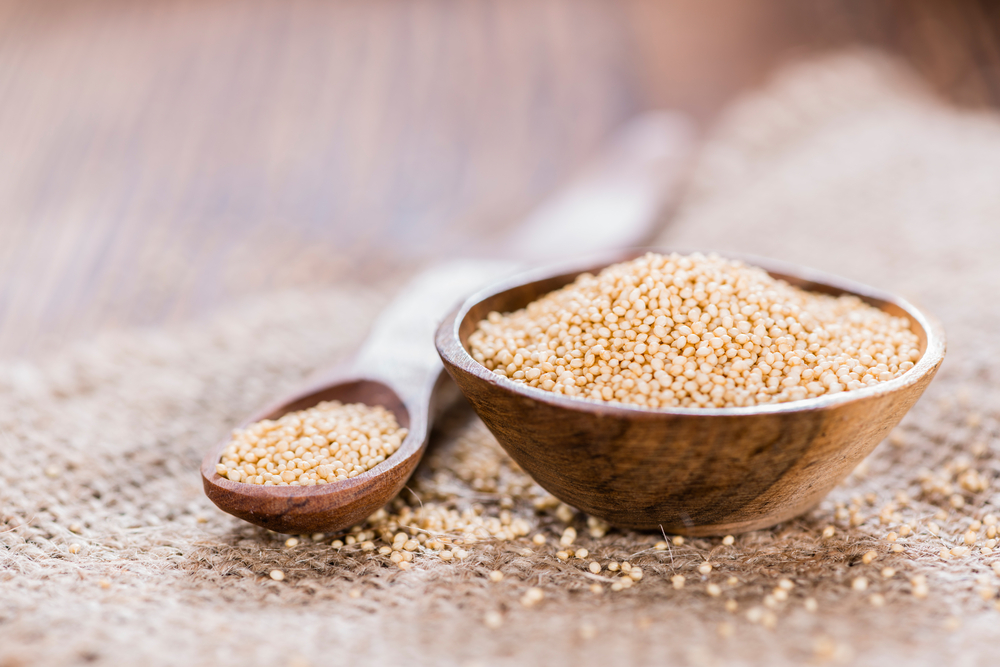 Beer and iced tea – These have moderate levels of betaine: Less than 6 mg/100gm 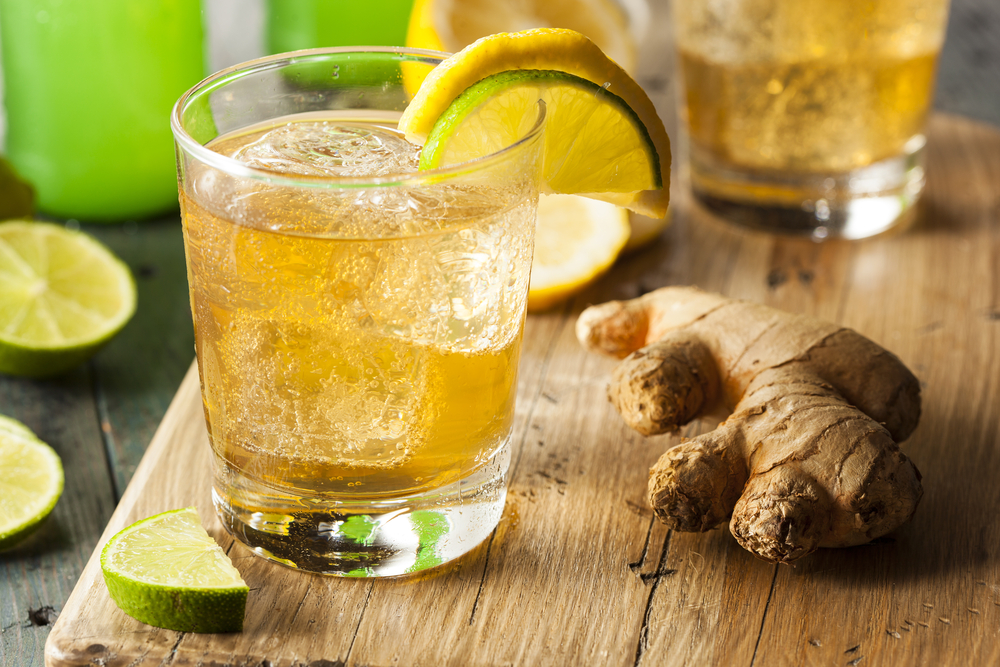 Organic Ginger Ale Soda in a Glass with Lemon and Lime 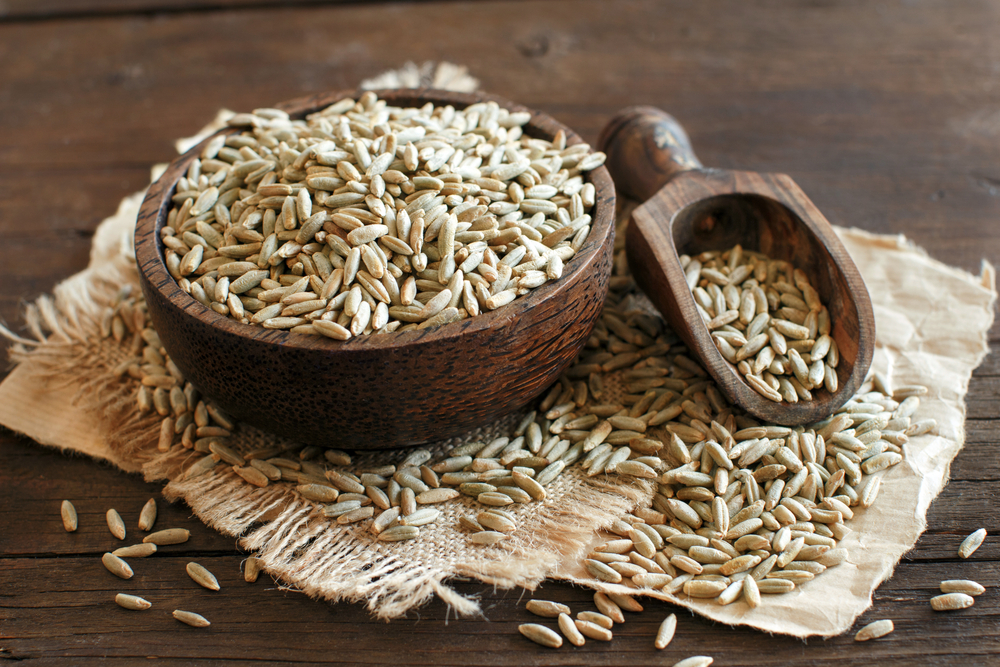 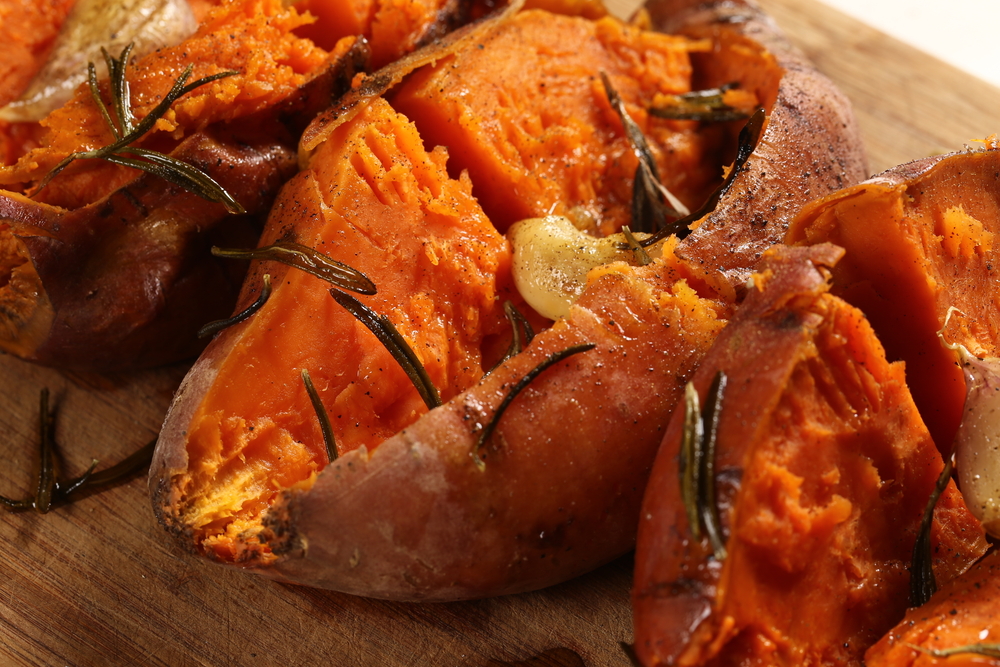 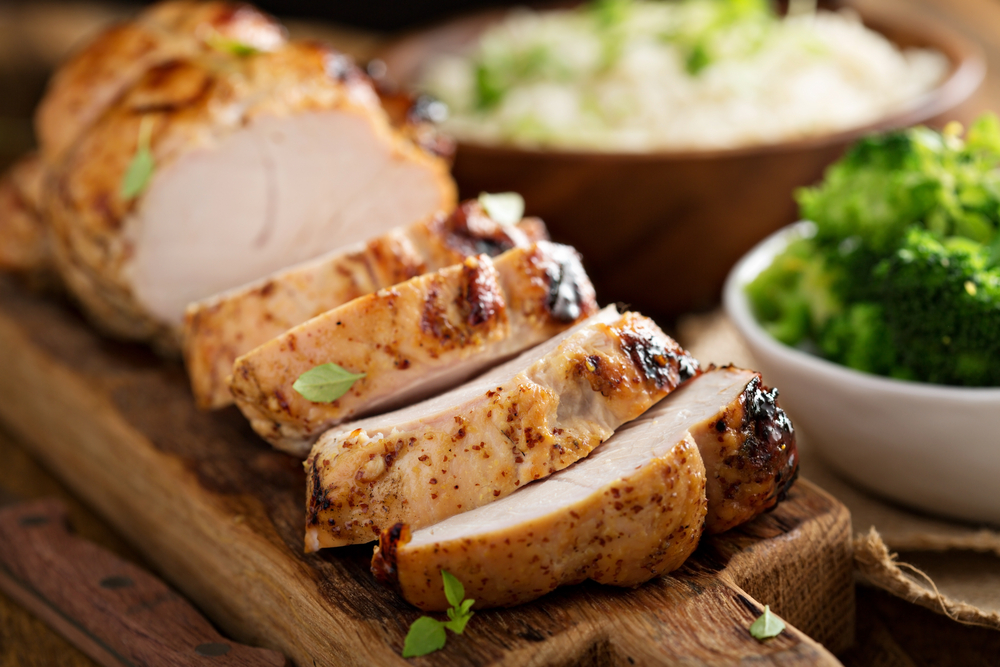 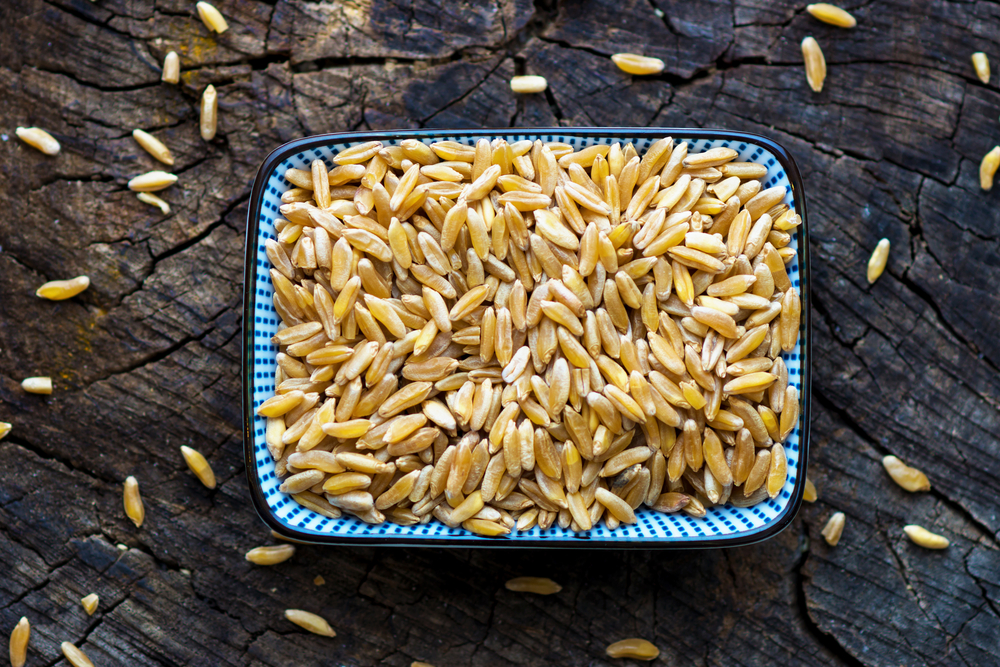 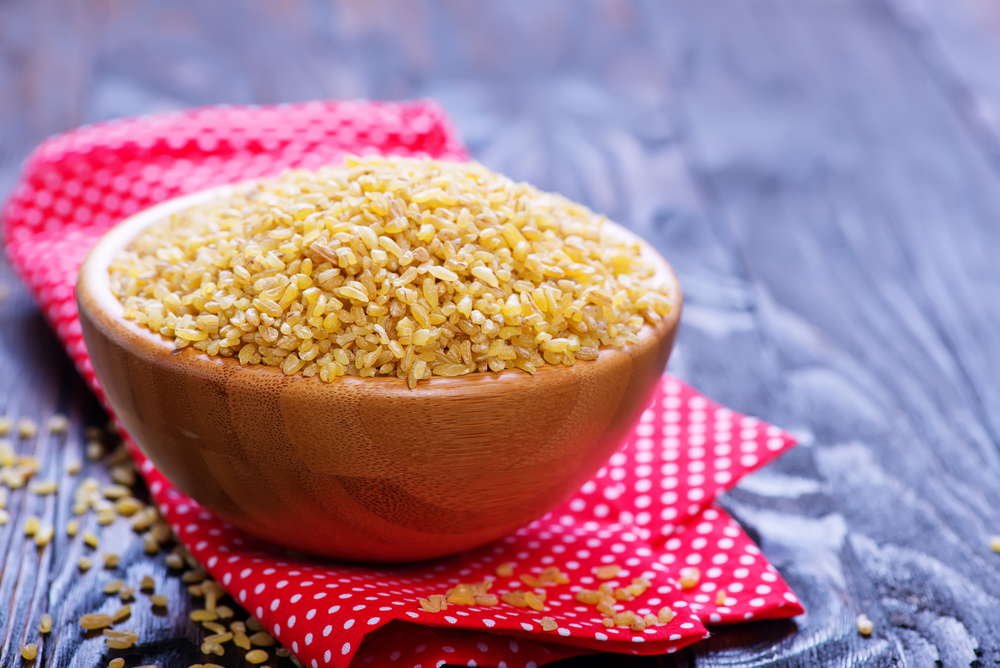 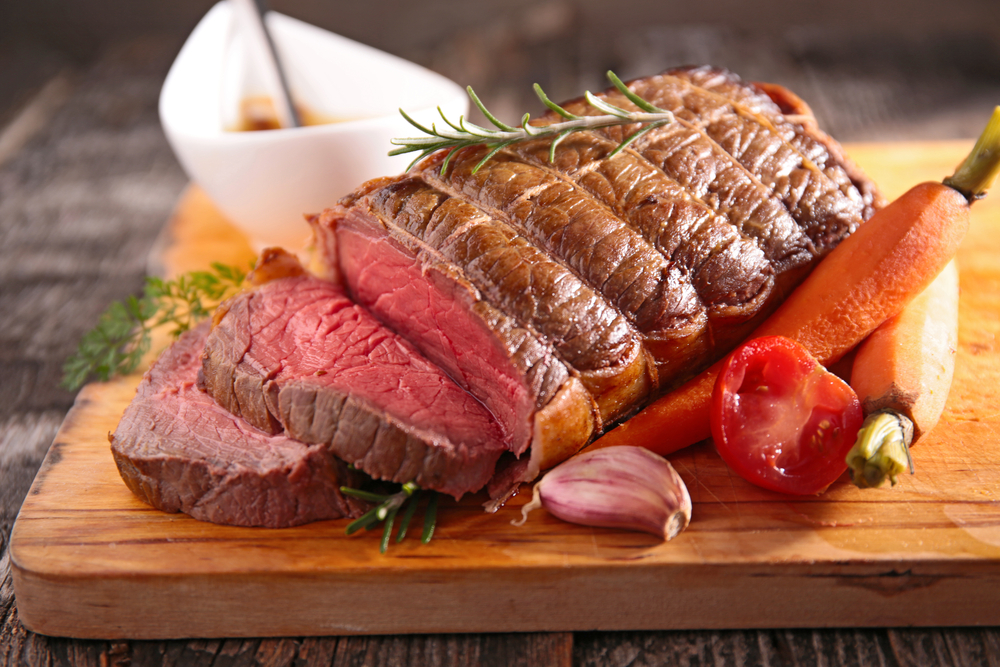 Side effects & concerns of betaine

Betaine toxicity is known to cause below given effects:

Betaine possesses the ability to interfere with the impacts of certain medications and also interacts with other nutrients. It is highly recommended to consult your doctor before popping any betaine supplements, if you are taking any medications for liver disease, heart disease or have kidney stones, betaine may interfere with drugs taken to lower cholesterol levels in the blood.

People taking nonsteroidal anti-inflammatory drugs (NSAIDs), cortisone-like drugs, or other medications that might cause a peptic ulcer should not take betaine HCl.

Betaine can increase total cholesterol levels.Although it is beneficial for preventing heart disease, it also must be monitored in certain at-risk patients and taken in small doses. People who are overweight and have sugar problems or who are at a higher risk of heart diseases, should not take betaine without getting a doctor’s input first.

Natural ways and ideas to add more betaine into your diet

This recipe is perfect for a healthy breakfast. Spinach is rich in betaine and having it with eggs boosts your immune system.

This Baked quinoa with apples breakfast recipe is scrumptiously delicious, high in proteins, betaine, complex carbs and healthy fats! It’s sure to start your day off right!

Beetroots contain betaine that aids in reducing blood pressure (According to research by the American Heart Association), and can even enhance your endurance during athletic performance. It’s a great addition to any meal or a delicious snack!

This turkey stir fry recipe is lusciously delicious. It is easy to make – gluten free, rich in betaine, full of healthy protein so toothsome! Turkey recipes are a great way to get betaine in your diet.

This Quinoa banana oat pancakes recipe is healthy, gluten free and a yummy way to start the day! This is another way to add betaine to your daily diet.

Betaine is an amino acid that has been shown to have potential benefits for fighting heart disease, improving body composition, and helping promote muscle and fat loss because of its abilities to promote protein synthesis in the body. Unlike other known elements, Betaine is not popular amongst the general mass of people – although having an abundance of health benefits that are less known to the world. 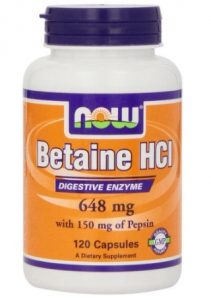 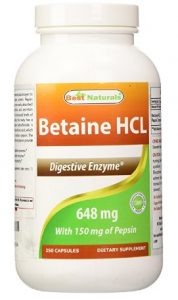