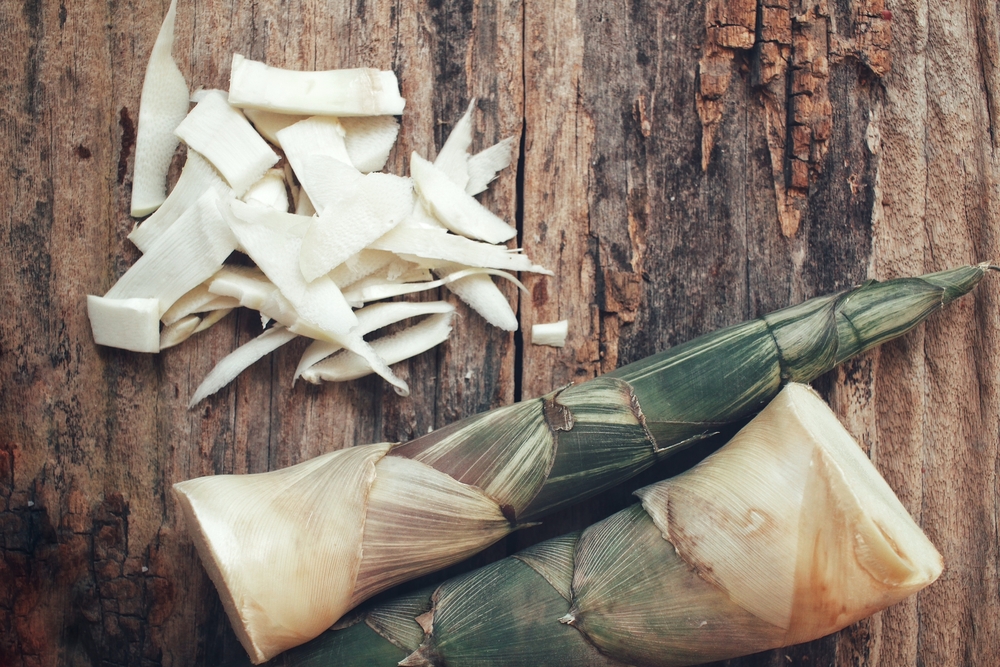 We all probably know the bamboo plant either as an indoor plant or that which grows in the wild. For indoor bamboo plants, they are used as decorative on the table or shelves. Others place it outside their home to provide shade. Those bamboo plants that grow in the wild are often utilized to make furniture and even houses.

However, many still do not know about bamboo shoots or the edible shoots of many bamboo species. Bamboo shoots usually appear on the ground with its cone shape made up of layers of leaves wrapped around its meat. The meat of the bamboo shoots is distinguished for its crunchy texture and distinct flavor. Bamboo shoots are often eaten as vegetables and a delicacy in Southeast Asian Countries as well as in China, Japan, and Taiwan. Apart from its good taste, bamboo shoot is a must-eat for its nutrition content. 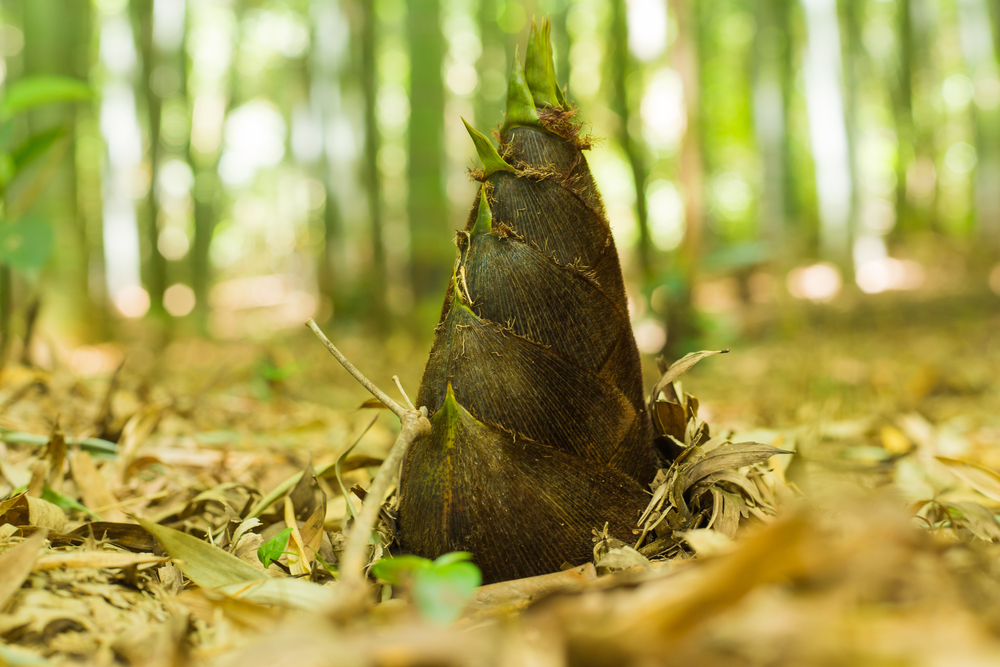 bamboo shoot which grows in the heart of a mountain

When it comes to losing or maintaining weight, incorporating bamboo shoots into your diet may be of big help. A 100g serving of bamboo shoots only has about 27 calories and 2.2g or 6% of the recommended daily intake of fiber. At such a small amount of calories, bamboo shoots have high fiber, which makes you feel full for a longer period of time. Bamboo shoots also effectively suppress your appetite and minimize food cravings.

Fiber is an essential factor in improving one’s digestion. It allows easy and smooth digestion, as well as, healthy bowel movements. A 100g serving of bamboo shoots has 2.2g of dietary fiber, which is 6% of the recommended daily value for dietary fiber. Not only does bamboo shoot prevent constipation, it is also useful as a remedy to some stomach disorders and intestinal worms.

The level of LDL cholesterol in the body is determinative of a person’s heart health. In a research, it was found out that the vast amount of phytosterols and phytonutrients in bamboo shoots help dissolve the said harmful cholesterol. This happens as cholesterol is taken out from the arteries allowing smooth flow of blood throughout the system. A decreased LDL cholesterol level stabilizes the glucose level. Moreover, extracts from bamboo are high in triterpenoids that reduce lipid level in the blood. As a result, it lowers the cholesterol while treating high blood pressure and hypertension. The potent compound, orientin, found in bamboo shoots is believed to reduce the risk of heart disease.

One reason to include bamboo shoots in your diet is the fact that it has the ability to boost an individual’s immune system. This bamboo sprout is composed of several vitamins, minerals, and antioxidants, which collectively work to nourish and strengthen the body inside out. Bamboo shoot has 4mg or 7% RDV of Vitamin C, which boosts the immune system of the body thereby protecting it from harmful agents from the environment. Moreover, the bamboo itself was found to benefit the body in inhibiting the growth of tumor by scavenging the harmful free radicals. Significantly, the benefit of bamboo shoots on the immune system has a high potential.

As mentioned, bamboo shoots contain several types of antioxidants. Apart from the natural antioxidants like vitamin C, bamboo shoot is found to consist of phytosterols including chlorophyll, amylase, and flavones. They work to scavenge harmful free radicals that cause cancer, particularly breast cancer, and speed up aging. Chlorophyll, in particular, controls mutation and cancer.

As we grow old and because of some factors the health of our brain tends to decline. This is where bamboo shoots become more relevant. Bamboo shoot has the ability to protect the nerves from oxidative stress. This is particularly because of Lig-8 or lignophenol, which suppresses death of cells brought about by the oxidative stress. Evidently, bamboo shoots prevent brain damage. It also has potential in preventing nerve degeneration-related illnesses like Parkinson, Alzheimer, and Huntington diseases. Studies also revealed that the anti-apoptotic effect of bamboo shoots may treat brain damage.

The anti-allergic property of bamboo shoot is what makes it a good vegetable to combat allergies. Bamboo shoots are widely used as a treatment for asthma. With the help of the said vegetable, the inflammation of the airway is reduced, partly also because of the anti-inflammatory properties of the shoots. However, caution must be taken by people who are allergic to grass pollens as the latter may have the same adverse effect as that of a bamboo shoot.

If you want to achieve the natural glow of the skin, which implies its good health, bamboo shoots may be of help. In one study, it was found out that bamboo may help suppress the development of atopic dermatitis or otherwise known as atopic eczema characterized by the itching of the skin. As bamboo shoots possess a good substantial amount of vitamin E, an antioxidant that averts the harmful effects of free radicals to the skin. Free radicals cause skin aging. Hence, consumption of bamboo shoots will help you achieve a healthy and young-looking skin.

One good reason to start eating bamboo shoots is that it prevents diabetes. The extract from bamboo is believed to lower chronic high glucose found in the blood stream. It likewise prevents lipotoxicity, which is closely associated with type 2 diabetes. This occurs when by the accumulation of lipid around liver, heart, and kidney, the cells overeat. In this situation, bamboo extract helps with lipo detoxification in order to further prevent other risks like obesity and heart failure.

Finally, bamboo shoots are found to effectively reduce anxiety and depression, while increasing mental alertness. The bamboo plant itself has long been considered to have spiritual healing activities that get rid negative energy and channel positive energy and mood. Moreover, they promote focus and increase alertness, which is beneficial when working or studying. The anti-fatigue effect of bamboo shoots helps sustain energy to stay active for a longer period.

As mentioned, bamboo shoots are grown and consumed in most Southeast Asian countries as well as in China and Japan. They serve as key ingredient in stir-fried or mixed vegetables and seafood, salads, noodles, soups, and other traditional delicacies. Apart from its culinary use, bamboo shoot is also prominent for its significant nutritional value. These plants are particularly low in calories, but high in protein, fiber, and other vitamins and minerals. For every 100g serving of bamboo shoots, it yields…

The origin of the bamboo plant itself dates many years back. It was said that bamboo plants grew between 510 and 180 million years ago in the supercontinent known as Gondwana. Historians and botanists are divided as to where bamboo shoots really originated. Others believed that they came from China, while others speculated that most bamboo from China actually came from India.

China holds the record of the earliest use of bamboo that ranges from paper to food. Research shows that bamboo shoot has been a traditional vegetable in China for more than 2,500 years. China’s high regard to bamboo shoots is primarily because of its health benefits. It has been recognized for its medicinal properties in China and other countries in Southeast Asia. This was first recorded in the book Compendium of Materia Medica, a pharmaceutical record during the Ming Dynasty.

In Japan, bamboo shoots were often referred to as the “King of Forest Vegetables.”

Apart from China, some would submit that it was in India where bamboo originated. They believe that its strains moved from India to China subsequent a collision of tectonic plates. The debate as to the origin of bamboo still continues up to the present. Today, bamboo shoots are cultivated in several countries across the map. 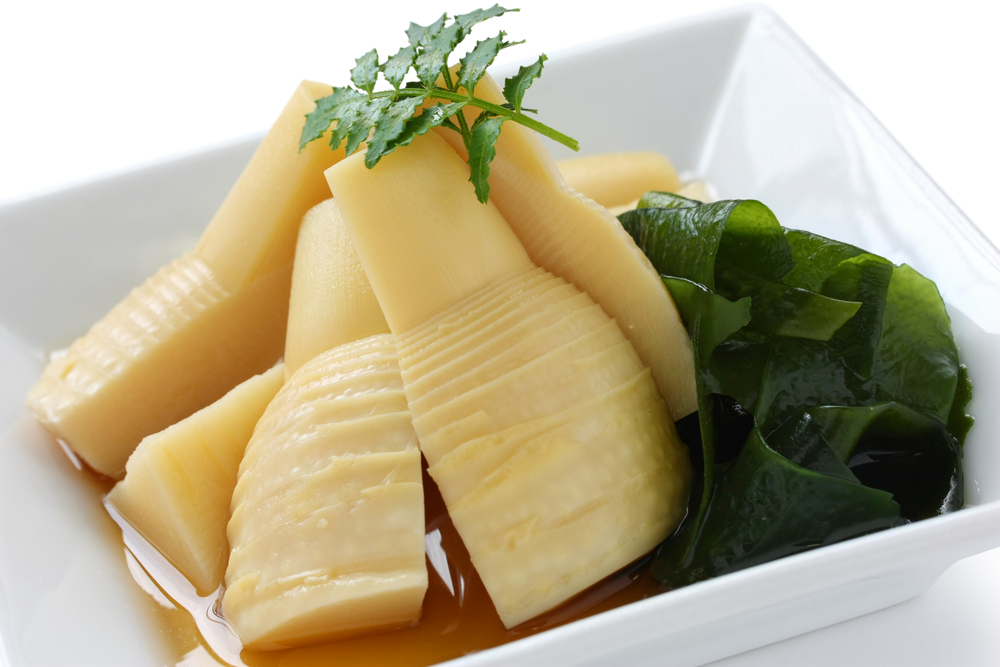 There are actually many ways to cook bamboo shoots. Some like them pickled, while most often add it to their main dishes. In most Asian countries, bamboo shoots are common, especially in soup or stir-fry recipes. So we decided to include two of the popular bamboo shoot recipes. They are easy to make and definitely healthy. The first recipe is Potstickers from “I made that!” blog. It makes a great appetizer or even main dish. The second one is Rachel Cooks Thai’s Stirfried Bamboo Shoots. This meal will instantly give you an Asian feel anywhere you may be in the world. 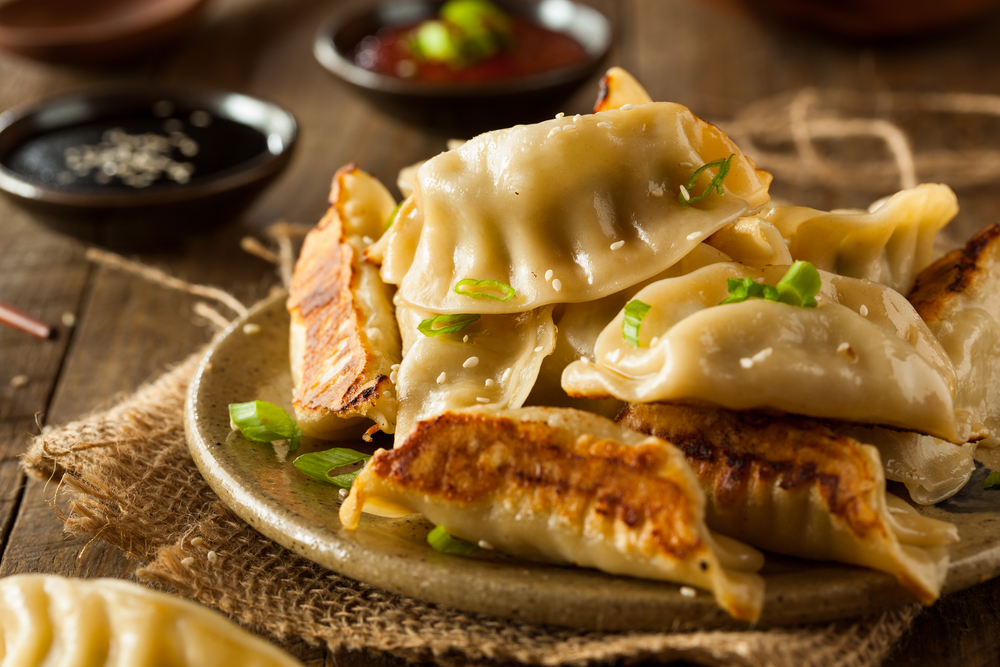 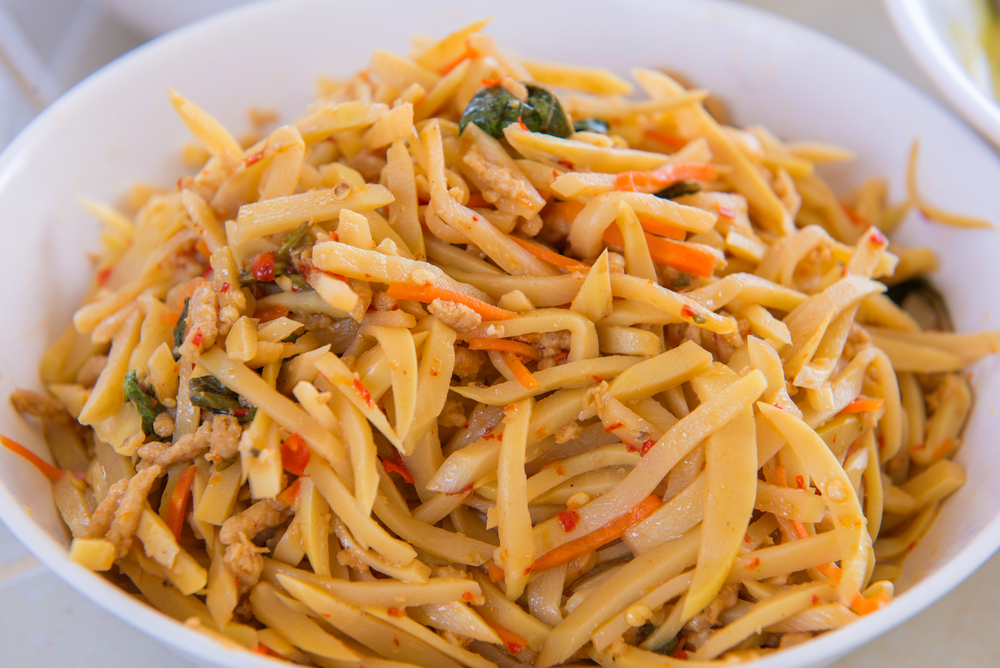 Side Effects of Bamboo Shoots

Bamboo shoots have to be peeled properly. It is highly recommended to boil for at least half an hour in salt water. This is to remove toxins and bacteria from the same. Some varieties of bamboo shoots is believed to have abortive properties. Seeking medical advice for pregnant women is required. While allergic reaction to bamboo shoots is rare, it is still important to take caution.