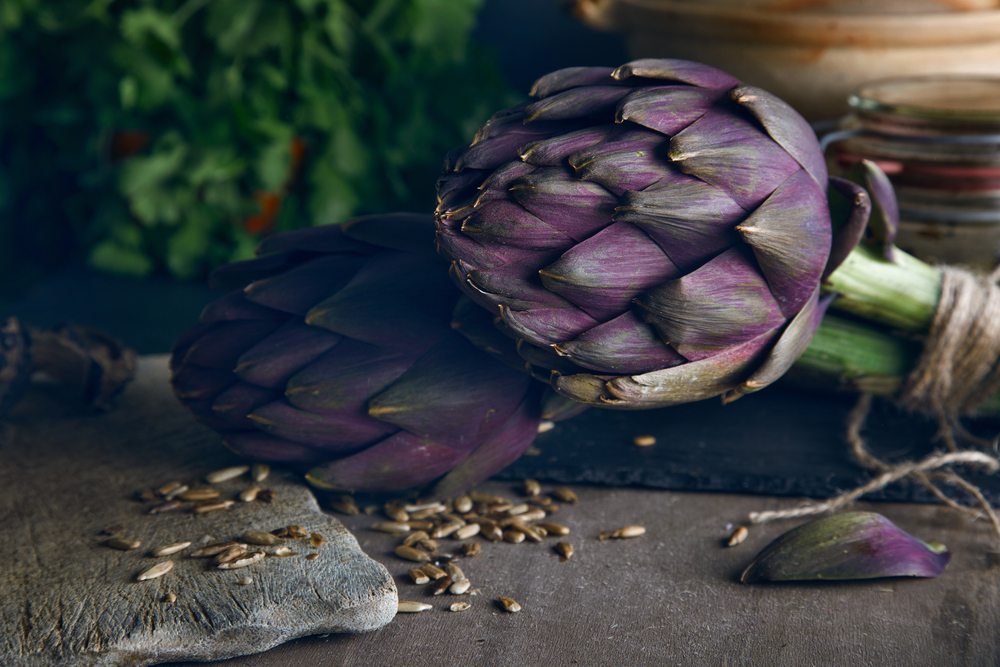 If you are a fan of Mediterranean cuisine, chances are you might have encountered or tasted several recipes that include artichoke as an ingredient. Artichoke may not be as popular as other vegetables, some even find it intimidating, but it is packed with numerous nutrients that are essential for the body.

Artichoke, scientifically known as Cynara scolymus, is a variety of thistle plant. It is a large perennial plant grown for its edible flower buds. They are characterized by their silvery-green leaves, which could grow half a meter long. The artichoke itself may grow as tall as two meters. The buds of artichokes are made up of triangular scales arranged in a whorl-fashion manner. Artichokes thrive in cool or mild winter environment. They may be categorized according to their size and color.

Artichokes are being used either as a vegetable or as an ornamental plant. Historically, these plants were also utilized as a medicinal plant. Since this plant is not known to many as it only grows in selected places, it may drive other people intimated. So this article intends to supply answers to the most fundamental questions about the versatile artichokes. Plus, some recipes await you so you may enjoy the good taste and health benefits that this vegetable brings.

In a study conducted by the US Department of Agriculture in 2006, artichokes have the highest antioxidant content among all other vegetables. It even ranked 7th in the list of foods with most antioxidant level. It has more antioxidants than the well-known antioxidant-rich food like blueberries, grape juice, and red wine. The phytonutrients present in the artichokes help boost the immune system. Other antioxidant compound fights with free radicals that often lead to cancer.

Artichoke is loaded with dietary fiber that is vital to improving digestion. The fiber helps normalizes bowel movements and decrease the chance of constipation. A hundred grams of artichokes provide for 14 percent of your daily recommended value of fiber. And at 47 calories per 100 grams of artichokes, this vegetable makes a staple in your weight loss. The low-calorie content, but high fiber present in the vegetable makes you feel full for a longer period.

The bile-producing liver receives a huge benefit from antioxidants cynarine and silymarin, which are helpful in reducing toxins found in the liver and flushing them out of the body. The bile gets rid of dangerous toxins and fats.  The two antioxidants are found to repair damaged liver cells and even promote the growth of said cells. The positive effect of artichokes to the liver does not come as a surprise considering that this vegetable has been used as liver tonics for many years.

We have already learned that the natural fiber present in artichokes helps normalize the bowel movement. It absorbs liquid and cleans up LDL cholesterol in the body. The prebiotic, Inulin, which is a source of fiber in artichoke, increases the good bacteria in the stomach that promotes healthy digestion. Apart from fiber, another important agent in improving the digestive system is the cynarine, which aids in production and bile and eases bloating and other pain.

Vitamin C is the best source of protection for the immune system. It is also a form of antioxidant that fights harmful free radicals. A 100g serving of artichokes provides for 11.7mg or 20% RDV of vitamin C, which aids in developing body resistance against infectious agents. It is also shown that vitamin C reduces the chance of breast cancer and mitigates the conditions like fibrosis and mucositis.

For overall wellness, it is important to pay attention to our brain or cognitive health. Hence, this vegetable comes with a significant amount of vitamin K and phosphorus to ensure that the brain cells are performing actively and healthy. Vitamin K limits neuronal damage in the brain and assists patients in treating Alzheimer’s. Phosphorus helps prevent a decline in cognitive ability.

Not all food is packed with high folic acid. Good thing is that artichoke contains 68µg or 17% RDA of folic acid per 100 grams. Folates function as co-factor with enzymes in the synthesis of DNA. This is crucial for pregnant women or women who wish to conceive as it prevents neural tube defects and at the same time increase fertility. Cleft lips and congenital heart disease may be prevented after childbirth through consumption of folic acid-rich foods like this particular vegetable.

In addition to the mental health benefits of vitamin K, this vitamin is also essential in building strong bones. Vitamin K promotes osteotropic activity. Apart from vitamin K, vitamin C found in artichoke is a vital element in the formation of collagen, which is necessary for the bones, skin, and connective tissues. Moreover, the minerals like phosphorus, magnesium, and manganese yield positive effects by increasing bone health and reducing osteoporosis.

Artichokes contain manganese that aids the body incorrectly utilizing the nutrients we get from the food we eat. It has a positive effect on the metabolism of amino acids, carbohydrates, and cholesterol.

Overall, the artichoke is fully loaded with essential vitamins and minerals. For a low-calorie vegetable, it is still amusing to learn how nutrient dense it actually is. It is packed with vitamins A, B1, B2, B3, B5, B6, B9, C, E, and K. Moreover, it provides the necessary minerals that the body needs. 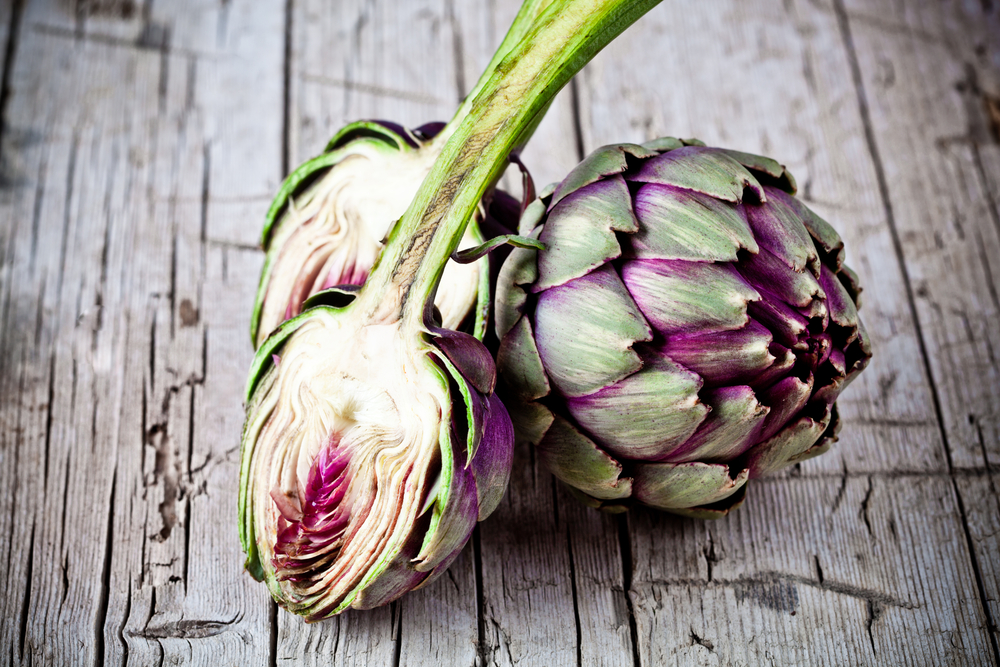 Artichoke is considered as a superfood for its nutrient contents. It is packed with vitamins and minerals, which boost the performance and protection of the body. Artichokes are high in fiber, carbohydrates, vitamin C, folates, copper, iron, and magnesium among many others. Meanwhile, it is low in cholesterol and saturated fat.

For every 100 grams of artichokes, there are

Historians believe that the origin of artichoke dates back to the time of Theophrastus, a Greek philosopher and naturalist, who wrote about artichokes cultivated in Italy and Sicily around 371- 287 BC. Greek physician Pedanius Dioscorides also wrote about the said vegetable in the time of Christ, this time as a medicinal plant. Both the Greeks and Romans treat of artichokes as aphrodisiac and delicacy.

The name of this powerhouse vegetable is believed to have been derived from the Arab word, “al’qarshuf,” after a group of Arabs called the Saracens cultivated artichokes in Sicily. From Sicily, artichokes traveled to Naples in the mid 15th century. From Naples, the vegetable reached Florence.

By the time Catherine de Medici was born, artichokes have already flourished in Tuscany. She was recognized by historians for bringing artichokes to France when she married King Henry II. She resisted the tradition of artichokes being consumed exclusively by men. Catherine would eat them in public and in large quantities. In the beginning, artichokes were so costly that only the aristocrats could afford them. However, as farmers grew artichokes in large scale in Greece, Italy, and Spain, it lost its value in France. 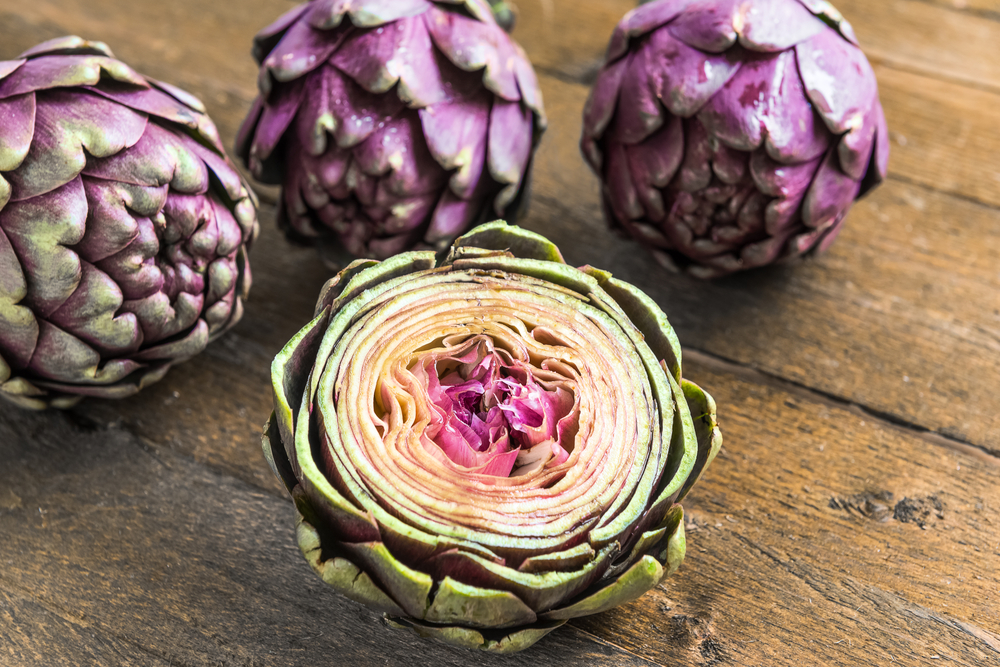 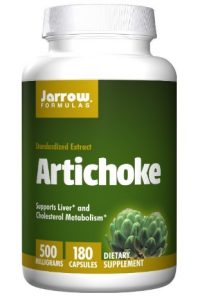 Side Effects of Artichoke

There are several ways to have a tasty and healthy meal using artichoke. Here are two recipes you can do by yourself, which are absolutely easy and healthy. The first one is a go-to dip that is perfect for snacking at home and even a good idea for potlucks. The second, recipe, meanwhile is a great twist to your ordinary pesto. Make it extra-healthy this time. This is perfect for your pasta or toasts. 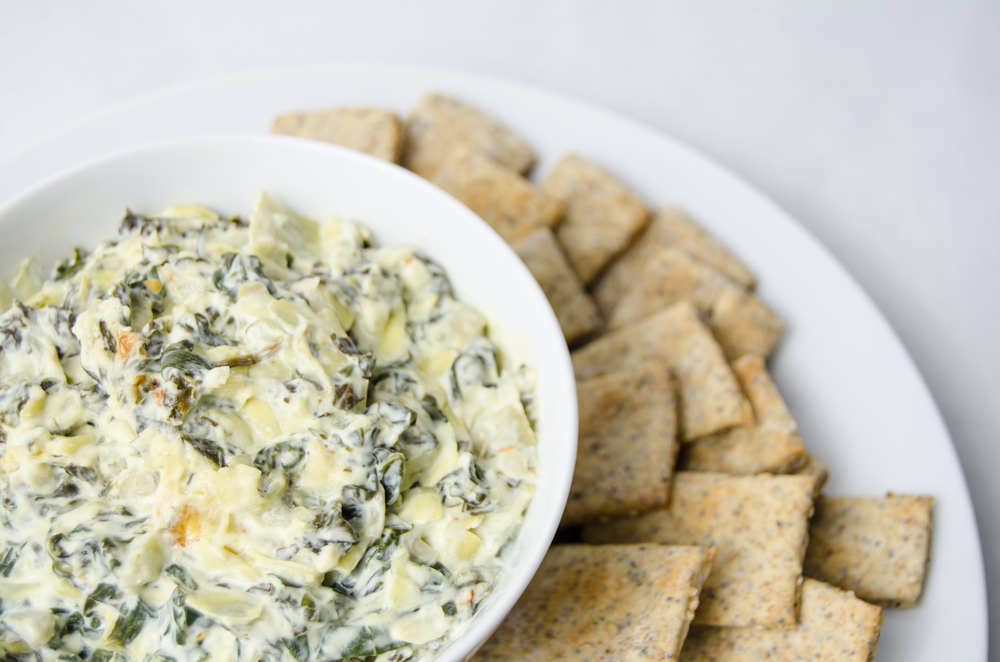 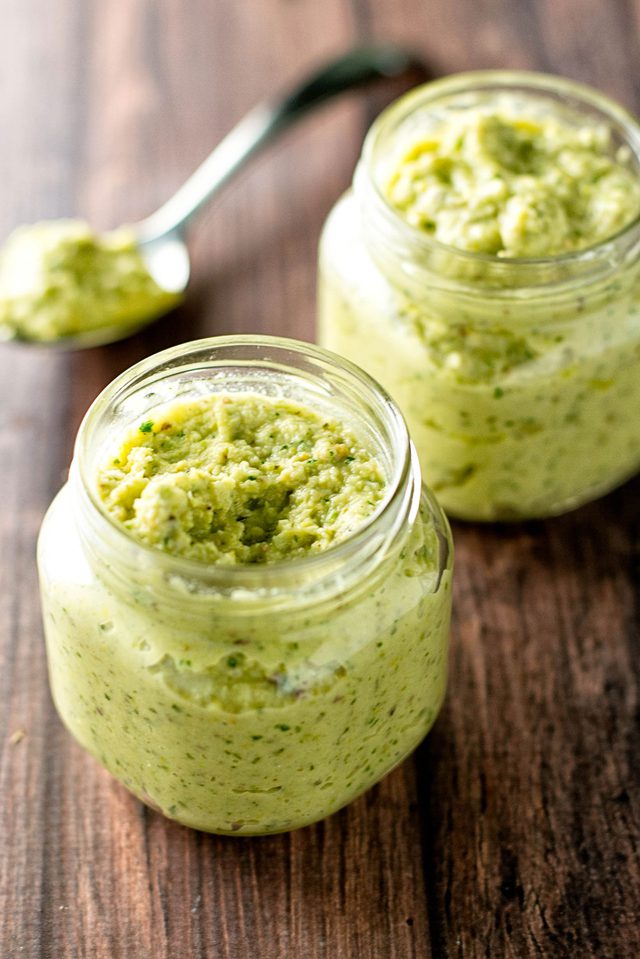