Everything You Need to Know About Iodine

Iodine is naturally present or added to foods. It is an available dietary supplement. Soil contains varying amounts of iodine that affect the content of crops.

Iodine is suspected to have other physiological functions also. It may have beneficial effects on fibrocystic breast disease and mammary dysplasia. Iodine seems to have a role in immune response.

Iodized salt and iodine in food are present in chemical forms that include:

It rarely occurs as an element, but as a salt. For that reason, rather than being referred to as iodine, it is often called an iodide. The thyroid gland concentrates iodide, that enters the circulation, in appropriate amounts for thyroid hormone synthesis. Much of the remaining iodide is excreted during urination.

Sources of iodine include:

How Much Iodine Do You Need?

The amount of iodine needed is age related. Average recommended dietary allowances are listed below. The amounts are listed in micrograms. The International Council of Iodine Deficiency, United Nation’s Children’s Fund, and the World Health Organization recommend a slightly higher intake for pregnant and nursing women.

There are some groups of people who may have difficulty getting the recommended daily allowance. They include those who:

Top 7 Foods that Provide the Most Iodine

Eating iodine-rich food ensures the thyroid can manage development, growth, detoxification, and metabolism. There are many iodine-rich foods that are easy to incorporate into the diet. These are considered to be the top seven.

The ocean is home to the biggest storehouse of iodine foods. Kelp, with its 2000 mcg per tablespoon, has more iodine than any food on earth. One serving has more than four times the minimum daily requirement. 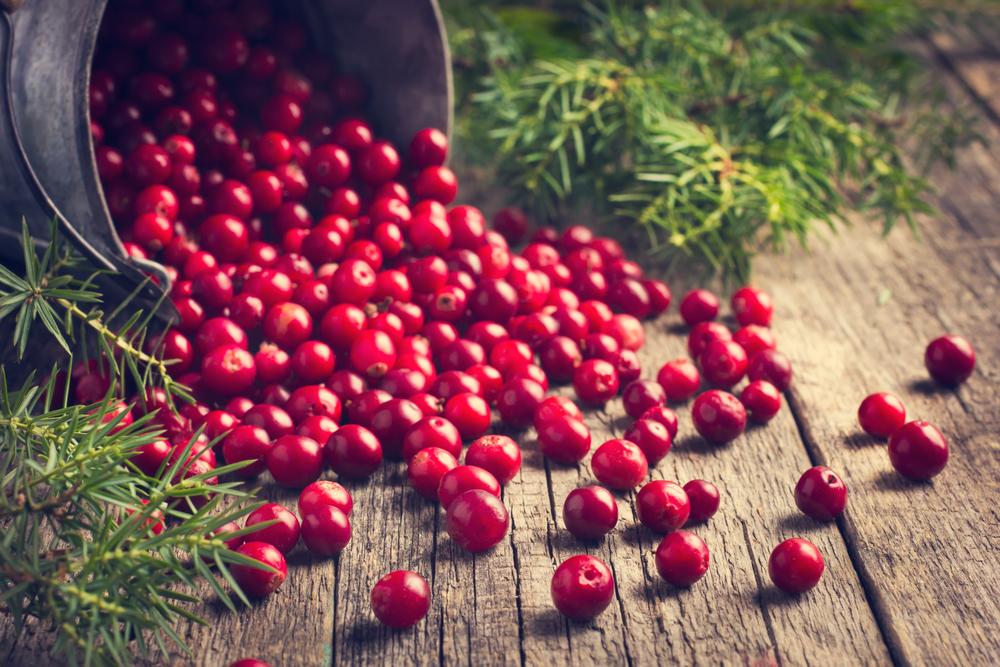 Another great iodine source is antioxidant rich cranberries. There are approximately 400 mcg of iodine in four ounces of cranberries. 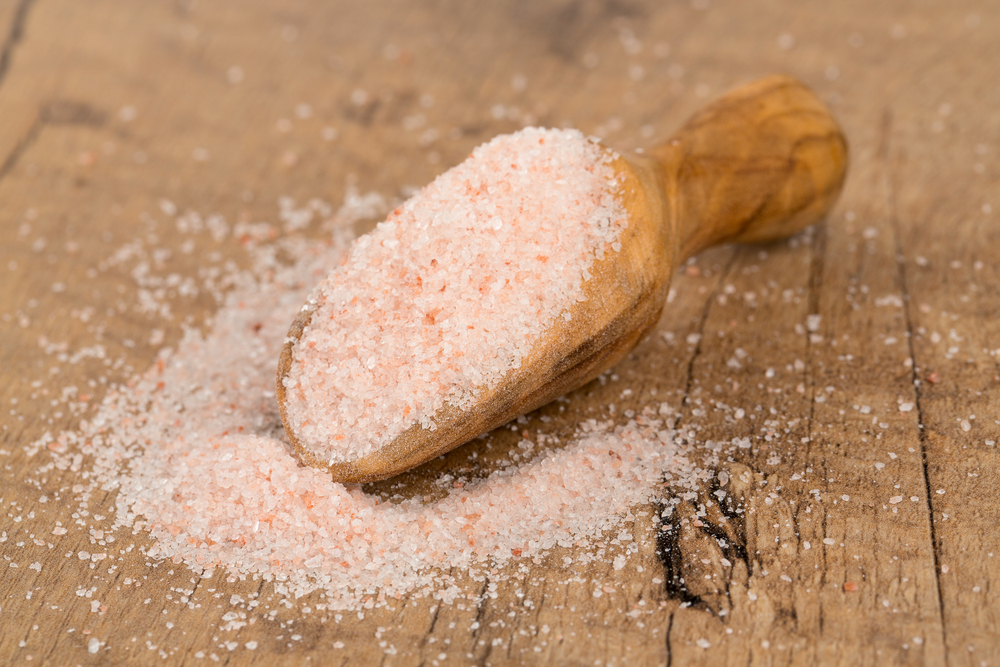 This salt, known as gray salt, is a good iodine source. It is a viable salt alternative for people trying to avoid conventional salt but worry about getting the required iodine amount. Himalayan crystal salt contains 250 mcg of iodine in a serving. 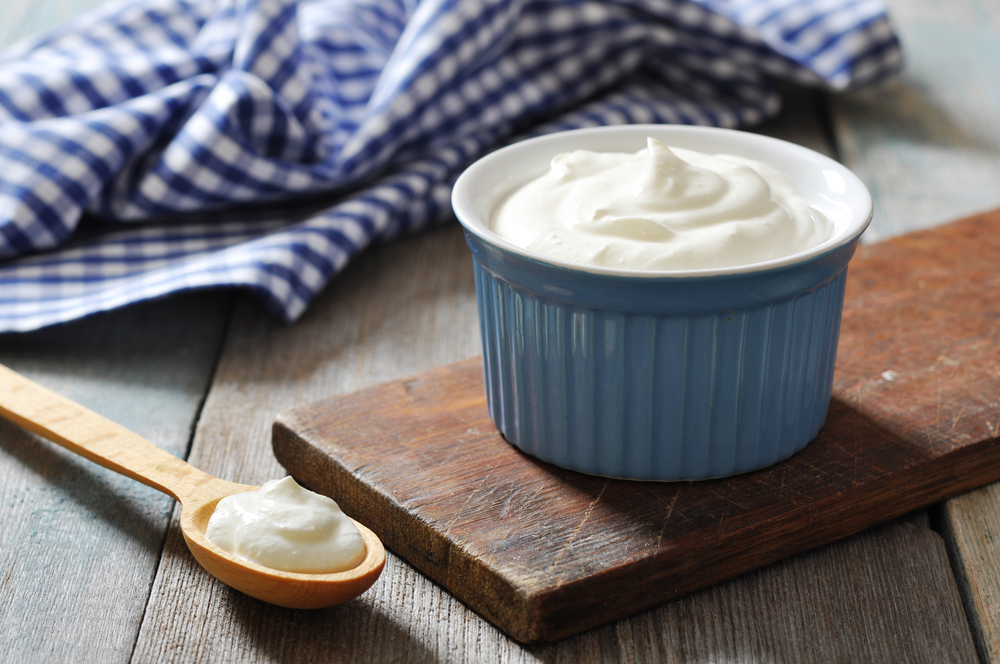 It is known for its high protein and calcium content. Yogurt is also a wonderful option for people who want to increase iodine in their diet. One cup of yogurt has 154 mcg of iodine. It is a healthy food often enjoyed as a light snack or at breakfast. 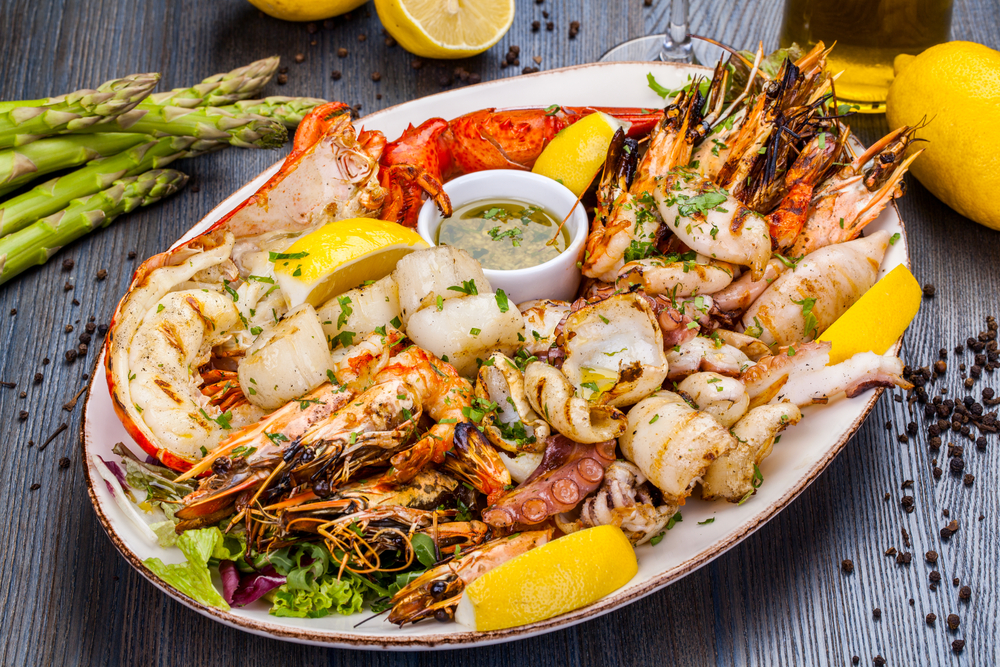 Various seafood varieties such as oysters, shrimp, cod, and lobster are good iodine sources. Lobster is an option usually reserved for a special occasion, but a serving of lobster can give the body the boost it needs. There are 100 mcg of iodine in a serving of lobster. 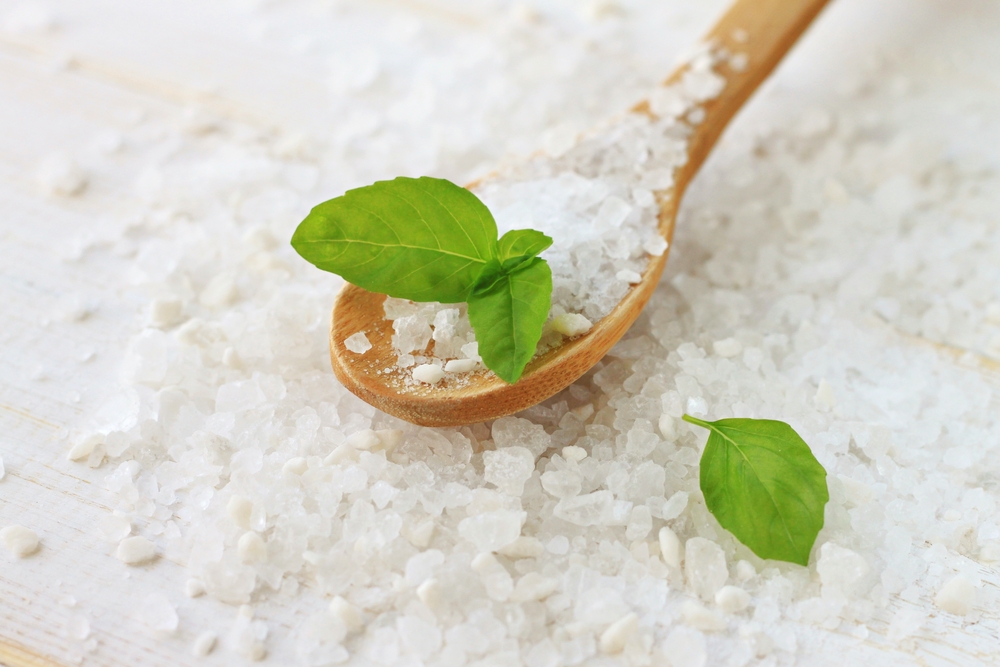 Salt and iodine are often confused. They are quite distinct. Many salt brands are fortified with iodine. A moderate amount of iodized salt can be enjoyed as a part of a healthy lifestyle and diet. One serving has 77 mcg of iodine. 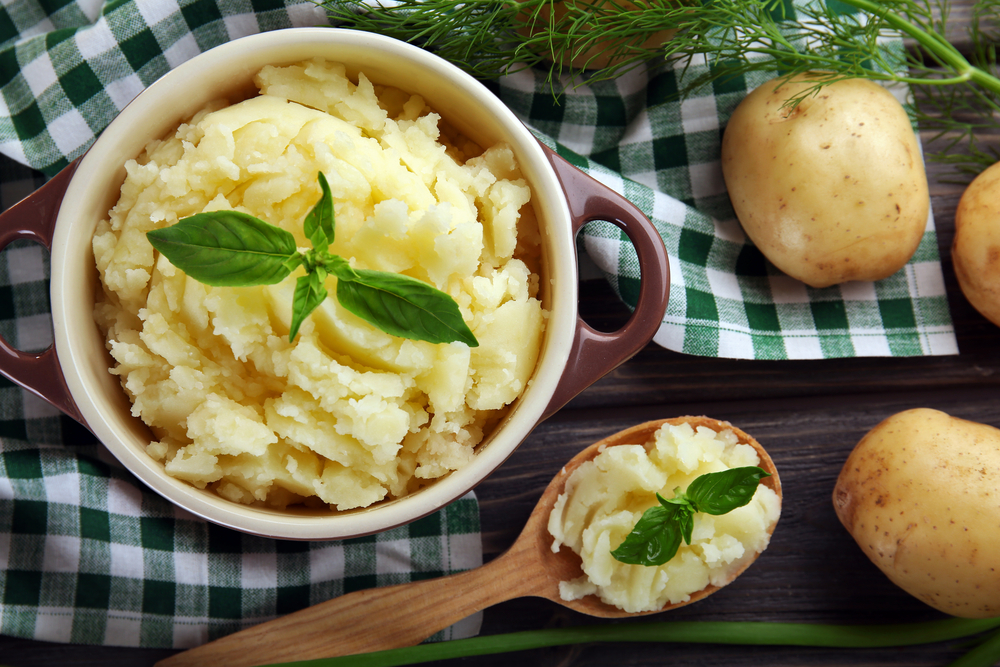 How Do You Know if You Are Getting Enough Iodine?

In January 2008, an issue of Environmental Science and Technology published a study that indicated iodized salt does not likely contain the amount of iodine needed. Even if it did, nearly all salt used in prepared foods is not iodized. The information means using iodized salt does not guarantee that iodine requirements are being met.

The classic iodine deficiency sign is an enlarged goiter or thyroid gland. The absence of goiter is not, however, a guarantee that you get enough iodine. There are two methods to determine iodine deficiency. They are:

Potential Effects if You Don’t Get Enough Iodine

Iodine is not produced in the body; that is why making it part of your diet is essential. If the body does not have enough iodine, it cannot make sufficient thyroid hormones. Iodine deficiency may lead to goiter which is a thyroid enlargement.

Widespread use of iodized salt in the U. S. means a deficiency is rare. However, millions are affected worldwide with that deficiency that causes preventable brain damage. A severe deficiency may cause:

Pregnant women with severe iodine deficiency can result in:

Less severe deficiencies can cause a below average IQ in infants and children and decreased an ability to think clearly and work in adults.

What Happens if You Consume too Much Iodine? 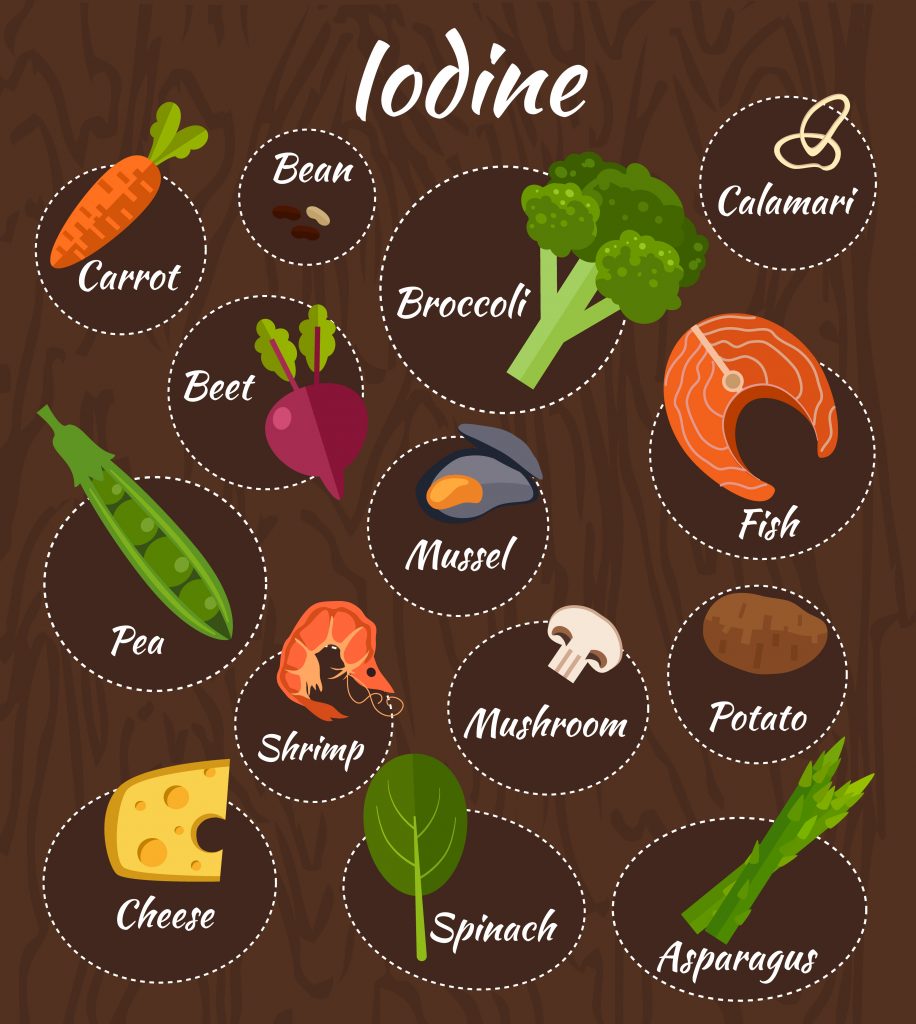 The thyroid gland regulates the iodine level in the body. Individuals tolerate a wide range of iodine intake. Iodine ingested over a short time can cause:

Taking high iodine doses over a long period can change the way the thyroid works. Too much iodine can cause a thyroid storm that leads to:

Chronic intake above the upper tolerable intake affects the thyroid in the following ways.

What Are the Sicknesses That Iodine Prevents? 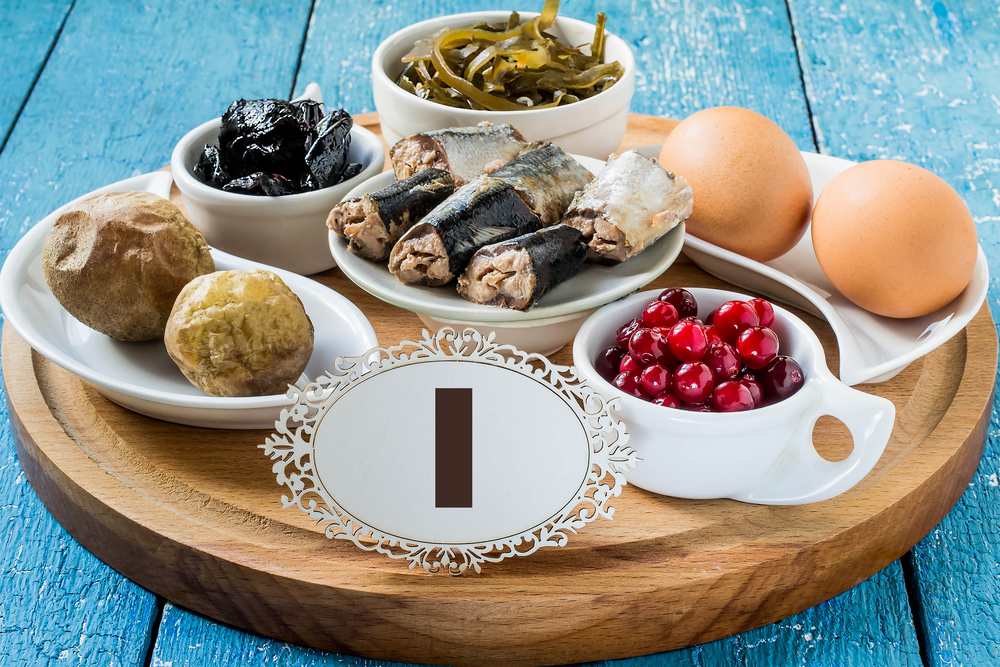 Iodine is a rare trace element found to be effective in treating goiter. Principally known for the jobs of thyroid function and proper metabolism, iodine is necessary for healthy immune systems. It has other therapeutic benefits that include:

Virtually all cells in the body depend on iodine. Iodine is essential to the development and growth of children. Pregnant women with an adequate intake of iodine reduce the risk of preventable brain damage and mental retardation.

Iodine is required by the thyroid to produce hormones and regulate body metabolism. It prevents:

David Brownstein, M.D. has conducted research and has clinical experience that maintains iodine is a nutrient that promotes apoptosis. Apoptosis is a process that keeps cells in check during their life cycle. Abnormal cancer cells do not undergo the process. Doses that exceed the recommended daily amount help to offset cancers of hormone-sensitive glands and tissues such as the:

Simple Tips to Getting Enough Iodine Every Day 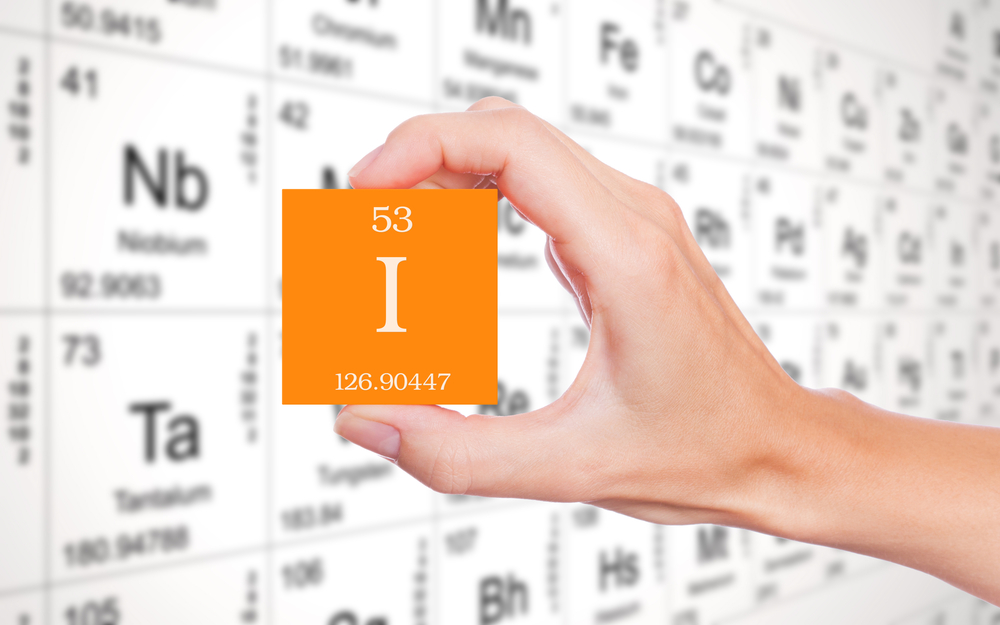 These suggestions ensure the required daily amount of iodine is consumed. 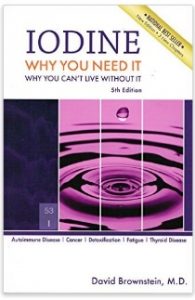 Iodine: Why You Need It, Why You Can’t Live Without It

This article should not take the place of medical advice. You are encouraged to talk with health care providers about an interest in iodine, questions about it, the use of supplements in your diet, and what is best for overall health.

The article is intended for informational purposes. The author is not medically-trained. Consult a licensed healthcare practitioner before using any strategy suggested here. The information is meant to support, not replace, the existing relationship between individuals and their caregivers.

The information is not meant to prevent, diagnose, cure, or treat any disease. The design of the article is educational and not intended as a prescription. It is advised to consult a healthcare provider for any particular health concern.